It’s been a while since Chinese smartphone company Oppo released the Reno 4 Pro smartphone. The company wanted to compete against OnePlus Nord with its Reno 4 Pro. It launched the device in China first and then a month later in India. One of the biggest differences between the two variants is that the Indian version comes with a Qualcomm Snapdragon 720G SoC instead of the 765G SoC. Beyond this, the company has also replaced the third telephoto lens sensor with a 2-megapixel macro and another 2-megapixel monotone camera. This makes the Indian variant a quad-camera device while the Chinese variant features a triple-camera setup.

The Oppo Reno 4 Pro is priced at Rs 34,990 in India, and available in two colors including the Starry Night and Silky White. Oppo only offers one RAM and storage variant with 8GB RAM and 128GB storage. The device is currently available on both offline and online platforms. I have been using the Oppo Reno 4 Pro for quite a while now and here’s my review.

Oppo has used premium materials to craft its Reno 4 Pro. Unsurprisingly, the smartphone stands out from the crowd of ordinarily looking smartphones in the market. The most significant aspect that makes the device premium is the matte finish along with the mother of pearl look on the Silky White variant. Even the in-hand feel of the back panel of the device is rather unique, but I have to warn people to not keep it on any inclined or shiny surface, because the phone will just slide off. The quad-camera system on the top-left does create a significant bump hence using a case is advised. 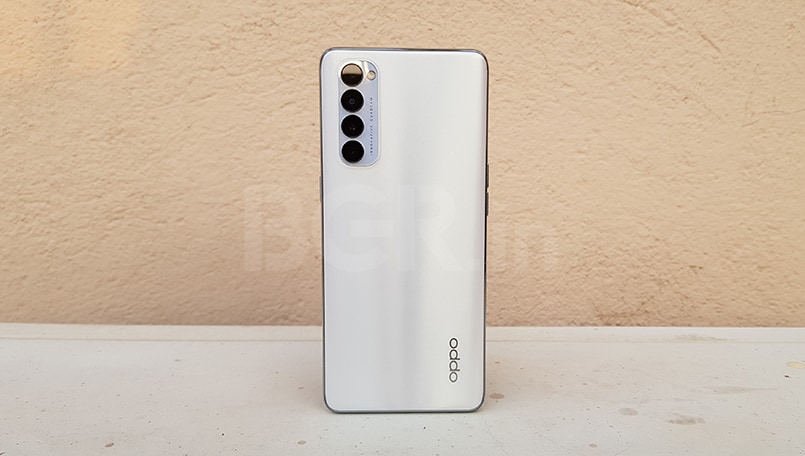 Upfront, the smartphone has minimal bezels with the top and bottom bezel being slightly larger than the left and the right one. But in all it is a very immersive display and the 90Hz mode just spoils the user. The right hand panel of the device features the power button while the left hand panel features the volume rockers. The top panel features a directional speaker and the SIM-slot, while the bottom features the 3.5mm audio port, mic input, Type-C charging port and the speaker grille. At first look the back panel of the Oppo Reno 4 Pro may seem like it’s made from glass, but the company confirms that it is made from a special durable AG Polymer. But what really came as a surprise is that even the frame of the smartphone which from first look deceptively appears to be made from metal is also made from the same AG Polymer. The company clarified that this was a conscious decision to ensure the competitive price.

The display on the Oppo Reno 4 Pro is one of the positives of the smartphone. It really shines through in terms of brightness. The 6.55-inch AMOLED display with a 90Hz refresh rate and full HD+ resolution produces vivid colors and is rather accurate in terms of recreating the colors in the photos. The 90Hz is a treat for the eyes and is a boon for gamers. We tried playing Call of Duty Mobile and the now banned PUBG Mobile and there were hardly any frame drops when swiping, and shooting in the surprise ambushes. 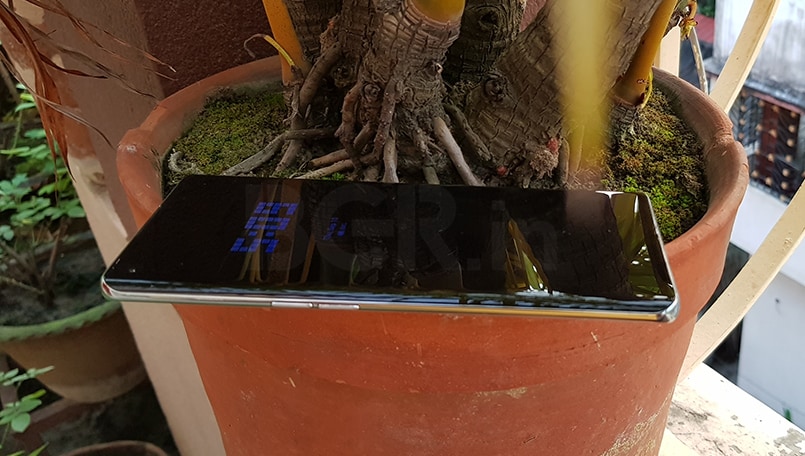 The software and the interface is a weak spot for the Oppo Reno 4 Pro. While Android 10-based Color OS 7.2 has no stutters or performance issues, it does have some issues. To start off if you think you want to swipe from the right to left to remove notifications, you will not be able to do that. Because that opens up the options for the particular notification. While this is a specific feature of Color OS 7.2 which the developers went for, my opinion is that it is not the best. Other smartphone manufacturers out there don’t really make you swipe in a single direction to dismiss notifications.

Besides this there are some ‘bloat’ on the device which just can’t be uninstalled. And these include apps like Netflix and the Google suite apps, which don’t even have the uninstall option. On being inquired the company replied that they felt that these apps are ‘essential’ and it would be a merit to have these installed. 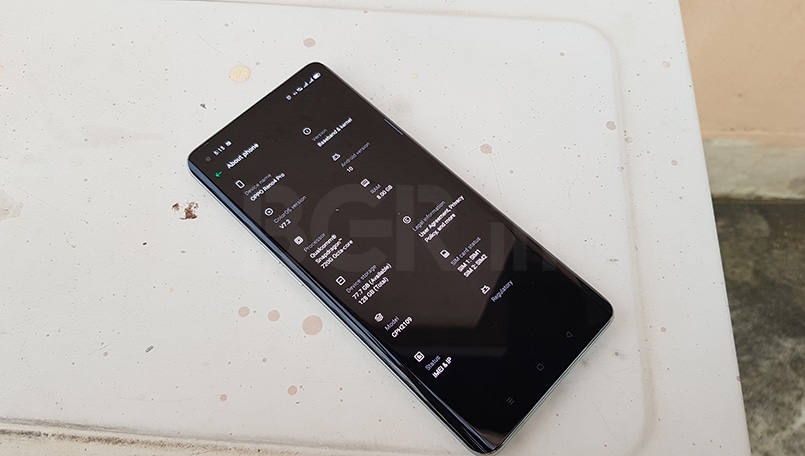 While having Netflix on your phone may be valid for some individuals, it may just be unnecessary for others. Another persistent issue is with the software is that every time the phone is restarted the network provider services options appear on the homepage. This keeps happening even if the icons are removed from the homescreen. Apart from these issue the software seems to be sufficient in handling the specs of the smartphone.

Performance on the Oppo Reno 4 Pro

The Oppo Reno 4 Pro features a Qualcomm Snapdragon 720G SoC along with 8GB RAM and 128GB storage. This is sufficient to handle day to day tasks and social media needs. Switching apps on the fly and retaining them in memory is not issue for the smartphone at all. But the performance could see some improvement when it comes to processing complicated images clicked with the cameras of the smartphone. This is where the question of the price arises first. For a smartphone that is priced at Rs 34,990, expectations are for better performance specs. And the competition sure does provide better specs at this price. 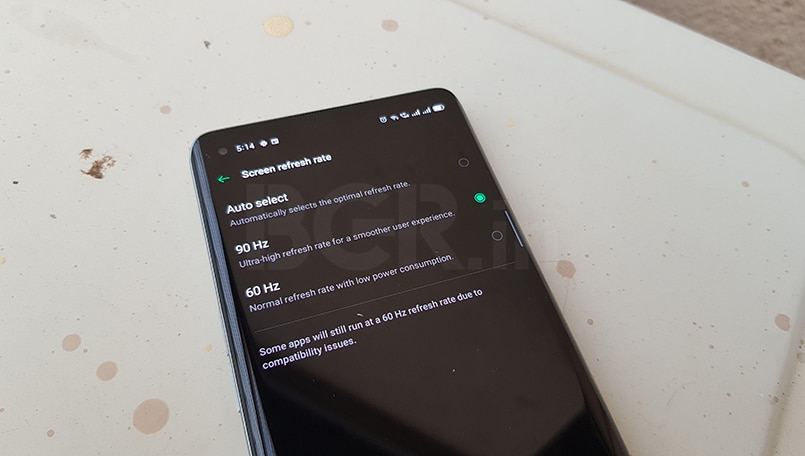 In Oppo’s own words, the Reno 4 Pro features the Qualcomm Snapdragon 720G SoC to aid in the gaming performance of the smartphone. This is apparently a dedicated gaming chip from Qualcomm which is set to improve the experience. We played a wide range of games on the smartphone none of which faced any hiccups when playing. Even games like PUBG Mobile and Call of Duty Mobile ran without issues. But the FPS decreased to below 30 when the visuals were cranked up to the max settings. But with the visuals down to high, it averaged 30-45 while on low it could reach up to 90 on PUBG Mobile. So while it performs fine up until a point, the body does heat up quite a bit when under pressure. 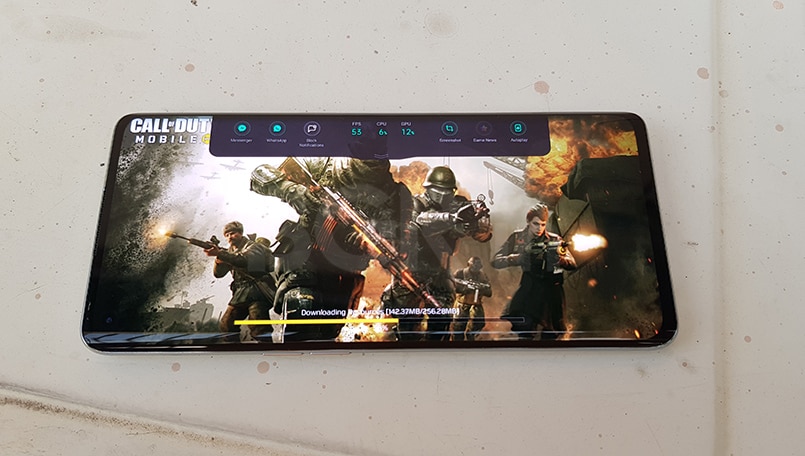 The Oppo Reno 4 Pro is touted by the company for it’s camera prowess. The rear-quad camera system features a 48-megapixel primary camera with Sony IMX 586 sensor and f/1.7 aperture, an 8-megapixel Ultra wide-angle camera, a 2-megapixel macro camera, and a 2-megapixel mono-color sensor. This shoots decent photographs in day-light conditions. It does not over-saturate the colors and does well in reproducing them accurately. But we cannot say the same for the details in the photos. While the details seem impressive for 48-megapixels at first glance, on zooming the illusion seems to fade. The software does not let you zoom much as well, in order to keep up the illusion. 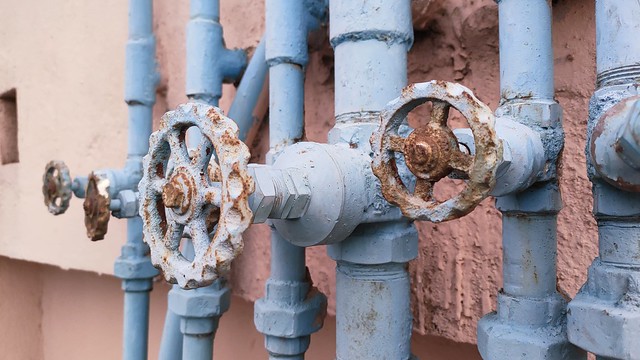 The portrait mode has similar quality but it falls apart at the seams as well. While the center of the portrait mode photos seem well focused the sides just tend to blur out. This is pretty apparent on zooming in on the photos. Another innovative mode on the Reno 4 Pro from Oppo is the AI color portrait. This filters the image pushing the background into monochrome mode while the person is kept in color or a particular one. While this seems stylized, on most instances the person just seems to have been poorly photoshopped onto a monochrome image. 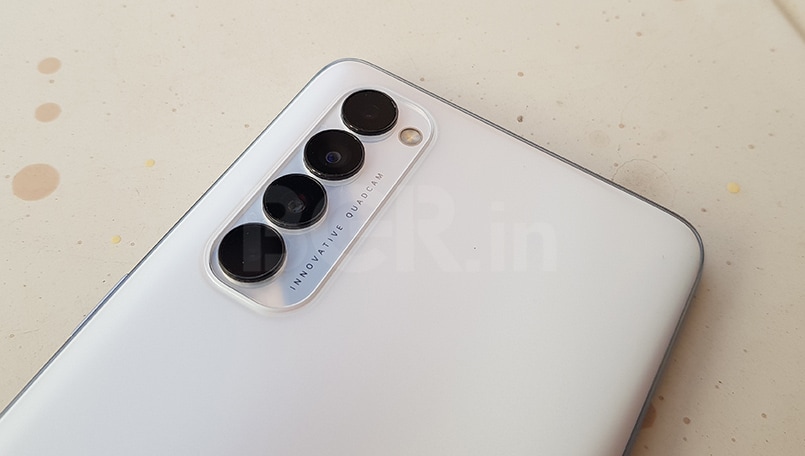 The camera does not do well in low light conditions as this is evident from the visibly stark noise in the photos captured in low light. The camera performance seems to hold true for the front camera as well which features a 32-megapixel sensor. The selfies in bright light seem justified enough for social media, but they suffer a lot in low light. This aspect again proves that the Oppo was way off when it comes to the pricing of the smartphone. Because the other smartphones in this price segment are quantifiably better in terms of clicking photographs.

Battery performance is the one area where Oppo Reno 4 Pro triumphed during my review period. With a 4,000mAh battery and 65W SuperVOOC 2.0 fast charging technology this smartphone is a beast. Even with Always-on-display and 90Hz mode on and heavy usage which includes 1-hour of gaming, a couple of hours of watching media, frequent browsing on social media apps and even clicking photos the smartphone lasts more than one day one a single charge. And the best part is with the brick provided in the box the smartphone charges fully in less than 30 minutes from 20 percent.

Should you buy the Oppo Reno 4 Pro?

I will be straight about my opinion of the Oppo Reno 4 Pro, it is a mixed bag of a device. It has its positives and its negatives, and some things in between. While it’s display and battery performance are definitely big positives, the software, and cameras are its soft spots. The gaming performance is about average and nothing out of the ordinary.

But for the price of Rs 34,990 I believe Oppo could have gone for a better processor. The global variant of the Oppo Reno 4 Pro features HDR10 certification which makes watching media more enjoyable which is also missing from this device. Hence with this pricing of the device Oppo may want to compete with a segment of the market but falls woefully short in terms of specs and features. So I can say if you are an Oppo loyalist then the Reno 4 Pro may make sense for you. But for everyone else, there are better options out there.