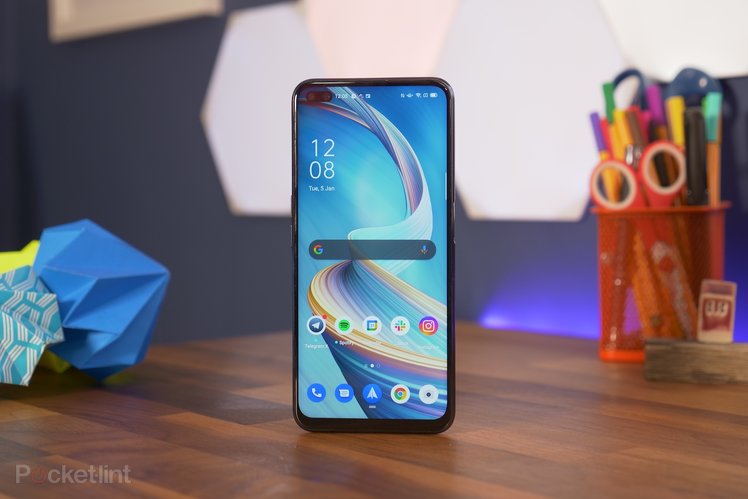 Throughout 2020 the battle for dominance in the mid-range smartphone market burned fierce. With one group of companies in particular showing it was more than willing to add some competition to a market that had grown a little stagnant in the wake of manufacturers chasing that four-figure price bracket.

That group, of course, is BKK. For those unaware, that’s the family that contains Oppo, OnePlus and Realme. Look at the volume of phones released by those three brands in 2020 and you’ll see there are quite a number of devices.

One of the more affordable from that offering is the Reno 4 Z. It’s one of Oppo’s most accessible smartphones and one with plenty about it to make it more than useful for most people.

In this day and age, we’ve stopped being surprised when phones are included in certain families of phones but without really looking like they belong. Look at the Reno 4 Pro, then look at the Reno 4 Z, and you’ll likely assume the two phones aren’t related at all. They just don’t look the same. 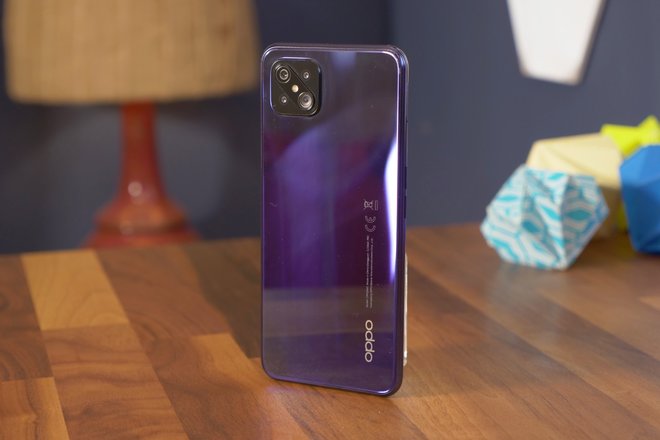 The most obvious differences are apparent from the back, where the Reno 4 Z has square camera housing with a diagonal raised element in the middle. The 4 Pro features a nicer looking rectangle panel. Still, there’s something quite eye-catching about the Z’s arrangement. At least, there is if you go with the white and gold model. We were sent the navy and black model which doesn’t have that same visual ‘pop’. Although, in the right light, the way the dark blue gradients into silver is attractive.

Being a more affordable device means more affordable materials have been used. In this case, that means there’s a glossy plastic on the back and – unlike the Pro – it’s completely flat. You don’t get any fancy curved glass here, but that’s not necessarily a bad thing. After all, it’s less likely to crack or break, but it being flat does mean it’s not the most ergonomic feeling phone in the world. It’s quite wide too, so definitely feels more like a two-handed device than a smaller, rounder phone would.

One other thing that’s worth noting about this glossy navy blue version: it attracts fingerprints like crazy. Hold it once and that shiny plastic soon turns into a grease-smudged mess, and being a dark colour also means it shows up any dust or pocket-fluff too. The panel on the front, covering the screen, seems to suffer from that same ease of smudging, but being glass it’s really easy to wipe off with a microfibre cloth. 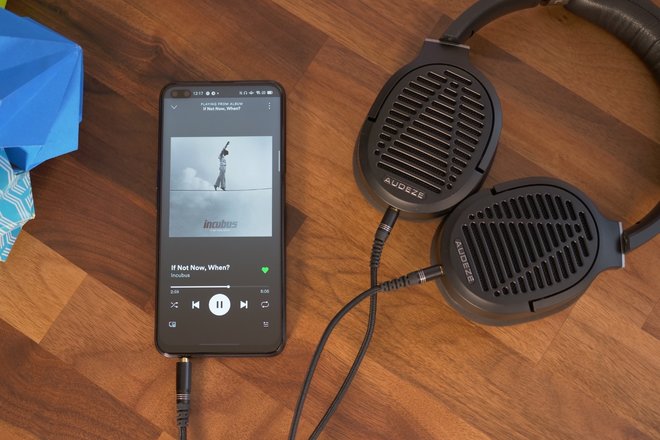 The Reno 4 Z features Oppo’s trademark super-slim individual volume buttons on the left and – because it has an LCD display (which we’ll get to later) – there’s a physical fingerprint reader built into the power button on the right side. We’ve found it really quick to unlock and very responsive, so it’s certainly not a negative compared to an under-screen solution.

Those who want to can also use facial recognition using the dual camera system built into the front of the phone. That reliability makes unlocking the phone convenient, and there are other practicalities to consider. It has a 3.5mm input/output port for wired headphones and headsets and the removable SIM tray has space for a microSD card slot if you want to expand the onboard memory.

The Reno 4 Z has an LCD panel on the front and that means a few things in terms of features. You don’t get the always-on display – which shows a clock and notification badges when it’s in standby – because, unlike OLED, an LCD display doesn’t switch off individual pixel lighting.

But that’s not really a problem, it just means you don’t get that one useful feature. The main issue with the display is that it doesn’t appear to have any sort of oleophobic protection over it. That means fingers leave smudges, and even when wiped clean, that can cause some unusual rainbowing patterns which is most noticeable on mostly white screens. 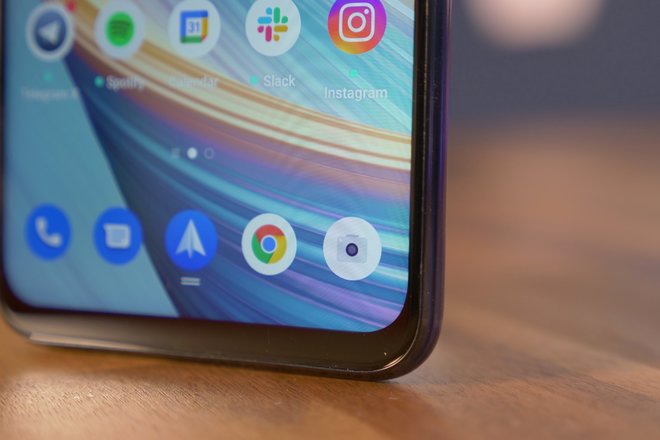 It’s worth noting this is true after removing the pre-applied screen protector. Not that a film is any better at reducing fingerprint smudges, but be aware that removing it won’t necessarily improve clarity or finger oil resistance like it would on properly coated glass.

Otherwise, it’s a decent enough display. It’s Full HD+ in resolution, so it’s plenty sharp enough for anything you’d want to use it for. Text is clear and colours – while lacking a tad in vividness – are natural enough, with whites coming through clean. It’s big enough and bright enough to make streaming Netflix or YouTube shows a pleasant experience.

It’s not great in brighter conditions – like outside in brighter daylight – and seems to struggle with reflections quite a lot. Even in rooms indoors with bright ceiling lights we had to adjust the angle often to avoid that reflective glare made worse by those aforementioned fingerprint smudges.

Of course the screen is mostly just the platform for the software which – in Oppo’s case – seems to be leaning more towards European or Western preferences with each iteration.

That’s to say, it utilises more of Google’s default apps and doesn’t seek to add too much of its own influence. Even to the point now where it has Google’s own Snapshot screen on the left of the home screen, collating news and weather relevant to you, rather than the old Oppo-made version that did a similar thing, but in a slightly less useful way.

The main interface is still very much Oppo-esque, with its square, green quick settings button icons in the drop down menu. Learning from its cousin, OnePlus, Oppo’s ColorOS has more customisation tools here as well. You can change app icon size and shape as well as using system-wide themes. It’s worth noting though that this is ColorOS 7 based on Android 10, not the new Android 11 based software that it’s currently rolling out across Oppo’s flagship devices.

We often speak about compromises when discussing mid-range phones that are available for lower prices than premium handsets. It goes without saying that when you buy more affordable devices, the parts inside them are reflective of being able to obtain that lower sale price.

One such ‘compromise’ – as you might first think – is Oppo opting to go with a MediaTek processor. Specifically, this phone is powered by the Dimensity 800 5G. It may be seen as a bit of a bargain-basement 5G chipset by many, but with its 7nm process and eight powerful cores, it’s certainly no slouch. 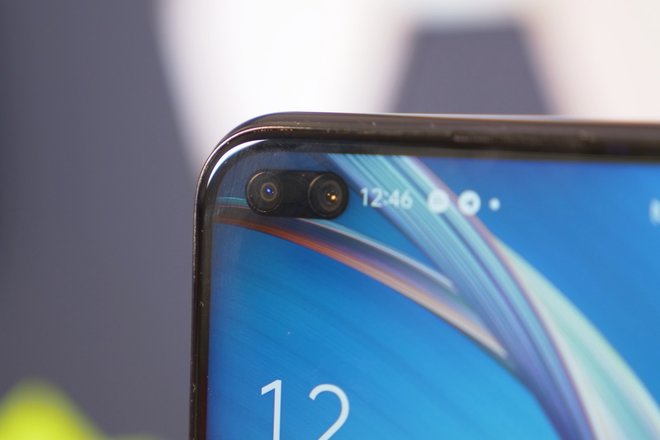 As you’d likely expect from a more accessible product, the phone doesn’t especially feel zippy, but in our experience it’s reliable and doesn’t seem to struggle all that much with anything. We played a few of our favourite games like Forza Street, Mario Kart Tour and Sky, and it was responsive enough that it didn’t detract from the overall experience.

There was the odd occasion when we noticed some stutter and delay in action on screen, but it wasn’t hugely significant. Although saying that, it does seem to load lower resolution graphics in order to keep it feeling relatively smooth. It doesn’t seem all that sharp when loading games, with edges of items on screen looking quite rough at times. This is fairly typical of similar devices.

For important stuff like keeping in touch with friends on Messenger, WhatsApp or via Facebook, it’s a perfectly fine device. We didn’t have any issues with connectivity or any major problems with loading times and overall speed of such apps. It gets the job done – which is what you want from a phone at this price range. 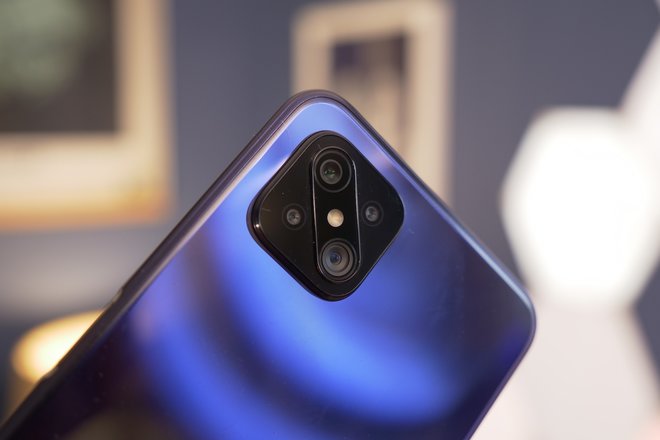 It’s a similar story with battery life. You’ll get plenty of mileage from the 4,000mAh cell inside the Reno 4 Z. Given its relatively low-powered internals, it’s not uncommon on a moderate day of use to get all the way through to bedtime with 40 per cent left over, but then mileage will certainly vary depending on user. For most users it’ll be more than enough to get you through the day.

Sadly, one trend that’s stuck in 2020 – and one we hope dies in 2021 – is the compulsion for phone makers to put four cameras in the back of their phones, just to say it has a quad camera system. Truth is, for most of them – at least, most of the more affordable ones – is that they have one relatively decent camera, with the other three either being mostly useless, or poor quality. It’s the same with the Reno 4 Z.

This phone has not one, but two low resolution depth sensors in addition to the 8-megapixel ultra-wide and 48-megapixel primary camera. Having used it a number of times in testing, we can safely say that it’s the primary camera you’ll want to be using nearly all of the time. The dual depth sensor is really pointless.

With that out of the way, the primary lens is certainly good enough to keep any buyer happy. It’s perhaps a little happy to overexpose when left to its own devices, but a quick adjustment using the exposure gain slider on screen is enough to get it looking good again.

In good lighting conditions the main sensor takes good looking shots that represent colours naturally without being overly saturated nor muted. Similarly, when you get close to a subject, it focuses and is able to produce some nice-looking, soft background blur that blends evenly with the foreground. It doesn’t need the exaggerated portrait mode for that (although it does have it, of course, as those depth sensors are doing some work).

In the end, you’ll probably want to stick with the main camera, and if you do you’ll be more than happy with the shots that it produces in good outdoor daylight.The option of the ultra-wide angle lens means you get a bit more versatility, but the quality from this lens just isn’t quite as good as the main camera. Colours, light and contrast combine to make for a less vivid and harsher looking result. But that’s something that seems to be normal for a lot of mid-rangers with multiple cameras.