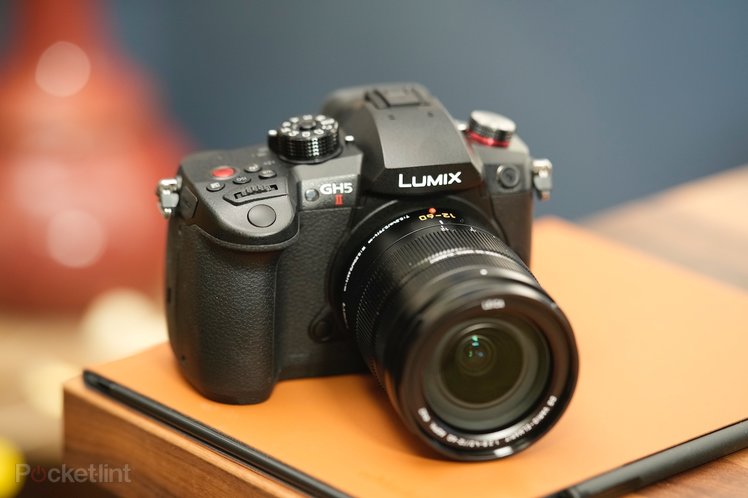 The world of Lumix enthusiasts has been waiting for Panasonic to introduce us to the next evolution in mirrorless video cameras. It’s been a few years since the GH5 was launched, and now we’re ready for the next, the GH6.

Except Panasonic wasn’t ready to fully reveal the GH6 just yet. In the meantime, however, it’s refreshed the GH5 with a competitively-priced and highly-capable Mark II camera that focuses on wireless live-streaming workflow and higher bitrate recordings.

Picking up the GH5 M2 after having used the GH5 for months feels immediately familiar. All the buttons and dials are in exactly the same position, while the size, shape, contours and angles are all the same as its predecessor too. Muscle memory serves well here. 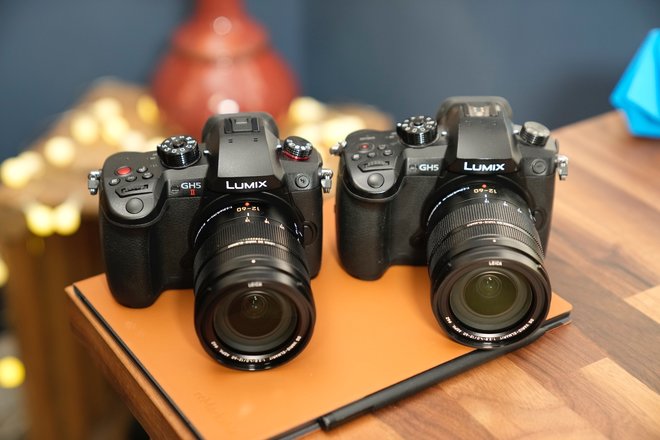 The differences in design for the M2 model are purely cosmetic. For instance, the hint of red in the metallic ring beneath the burst mode dial, and the single red movie button. Plus, of course, the red ‘II‘ logo on the front (even though, in terms of proper product name, it’s ‘GH5 M2’). In essence, it’s taking some design cues from its full-frame cousin, the Lumix S5. While it doesn’t make a difference to using the camera, it’s a nice touch and elevates the appearance somewhat.

None of the function buttons have ‘Fn’ labels anymore, instead there are labels denoting what they do by default. That’s actually less confusing for those of us who don’t particularly want to go too deep into customising the button layout. It also might mean you actually use those buttons rather than be terrified of them because you’re not sure what they do.

Flip open the door on the right side of the camera and you’ll get access to the two full-sized SD card slots, just as per the original GH5. Flip the covers on the other end and you’ll get access to the 3.5mm headphone socket, HDMI port, and USB-C (which lets you charge the battery this time – it’s the larger one as found in the Lumix S1). There’s also a 3.5mm microphone input.

As is customary for any video-centric camera in the Lumix range, the GH5 M2 has a proper flip-out touchscreen. There’s a minor difference here compared to the previous model, though, in that it’s actually smaller, with a thicker bezel. It’s 3.0-inches versus 3.2-inches, but it is sharper – now 1.8m-dot, up from 1.6m-dot of before – and the reworked software interface means it’s actually better to use. 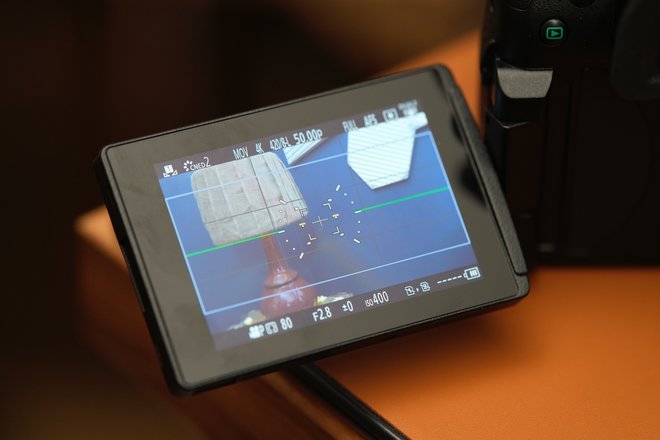 If you like shooting with data on the screen – such as ISO sensitivity, shutter speed, and so forth – then the GH5 M2’s new interface pushes that data out of the frame so it’s not overlapping your image. It’s a minor change, but an important one we think. When your monitor is already small, you don’t need text creeping over the frame getting in the way.

Indeed, the entire menu interface is new. Open it up and you’ll get a system that’s colour coded and arranged in relatively simple sections. Of course, those sections are still full of different options that you can get lost in easily, but with a little patience you’ll find what you’re looking for.

For those primarily into stills photography there’s little reason to swap out an original GH5 for the Mark II. It has the same 20.3-megapixel effective sensor – albeit with an anti-reflective coating on its surface. Where it really improves on its predecessor is in bitrate and frame-rate capture for video. 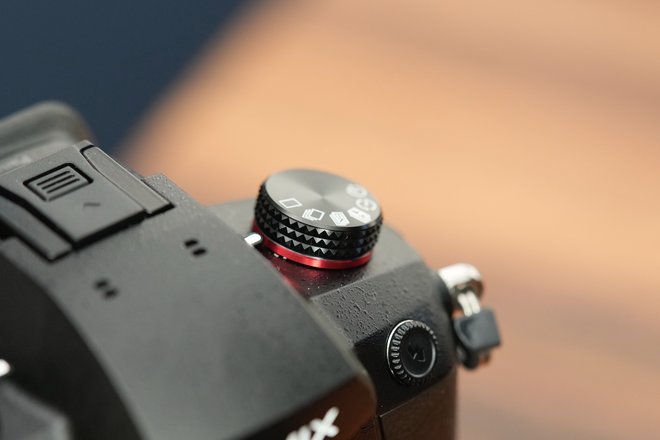 It can also perform such recordings to card while outputting via HDMI at 4:2:2 10-bit – this simultaneous recording potential wasn’t possible with the original GH5.

For a lot of enthusiast or amateur videographers the extra bitrate and data capability might not make a huge deal of difference, but for those who are very much into colour grading and tweaking their footage, the extra data is useful. Especially as, this time around, V-Log L is included as standard (it was a pay-for software upgrade in the original GH5)

For the most part, in our testing, footage is similar to its predecessor – but that’s no real surprise. Setting the two cameras to identical ISO, shutter speed and aperture settings (one in Cinelike D, the other in Cinelike D2) and it’s almost impossible to tell the difference between them based on raw output.

We tested with the 12-60mm kit lens as well as the excellent 12-35mm Leica Vario f/2.8 lens – the latter being is the same lens we’ve used for years with our video production, which is sharp, great for low-light shooting and creates some lovely natural background blur.

Our only slight complaint is in the speed of autofocusing. It’s not poor by any means, but when you compare it to the likes of Sony’s video-centric full-frame or APS-C cameras – such as the (ok, far pricier) A1 – it seems a little slower and less accurate. If the subject moves a bit too quickly, it’ll struggle to stay locked on.

Another place we noticed a difference between the Mark II and the first-gen GH5 was actually on the aforementioned touchscreen. As well as being sharper, it also appears that colours are a bit more lively and vibrant compared to the older model.

If you’re someone planning to add a second GH5 to your setup, you’ll be happy to know that for both stills and video the results certainly seem consistent between the two bodies. That means you won’t have to spend any extra time colour matching in post.

Panasonic’s big hope being pinned on the GH5 M2 is that it will fill a void: wireless livestreaming. Admittedly, that’s a niche, but it’s a growing one for all manner of content creators.

The Mark II comes with ability to livestream wirelessly up to Full HD resolution using NTSC or PAL standards (up to either 60fps or 50fps, respectively). 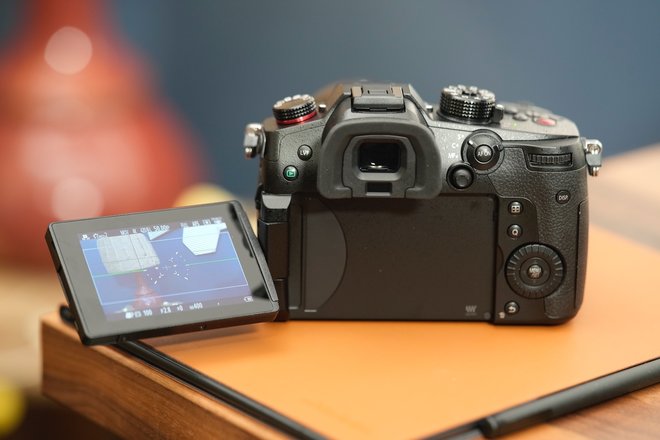 Whether it’s wanting to stream a live wedding ceremony due to limited guests being allowed to physically attend, or stream lessons to pupils/students while home-working, or for YouTubers wanting to add live videos to their schedules, the Lumix wants to meet those needs.

As it stands, the method for wireless livestreaming uses an accompanying Lumix Sync smartphone app. It seems like a slightly unintuitive way to do it, but it does mean you’ll be able to launch into a livestream while you’re out and about – even if you just have your smartphone with you. At time of writing, however, it was in beta phase, so we’ve been unable to test this aspect in full.

The app is also used for remote controlling the camera though. So you can set up your shot and move away from the camera to release the shutter remotely (or press ‘record’ if you’re shooting video). Setting up the remote app involves connecting to the camera via wireless connection, but that doesn’t take too long to do and was reliable in our testing.