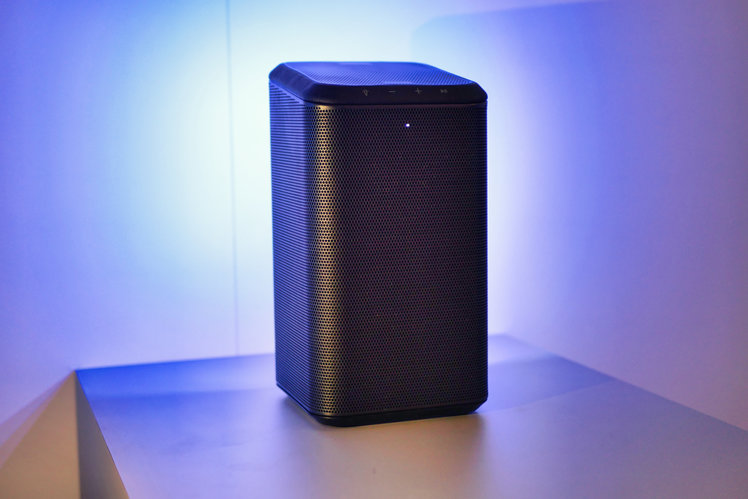 The Philips Fidelio FS1 is a versatile new addition to the brand’s audio lineup that can be used on its own, in a stereo pair, as part of a full surround sound system and more.

It also features Ambilight LEDs, and so can be used to extend the effects of compatible Philips TVs for an even more immersive viewing environment.

We got the chance to take an up-close look at the new speaker during TP Vision’s event in Berlin, here’s what we found out.

Just like the Fidelio FB1 soundbar that speaker is designed to work with, the Fidelio FS1 features a Muirhead leather chamfer around both the top panel and base of the unit. It looks and feels premium, and Philips tells us that it’s one of the most sustainable, low-carbon leather options out there. Still, vegans will likely want to give this product a miss. 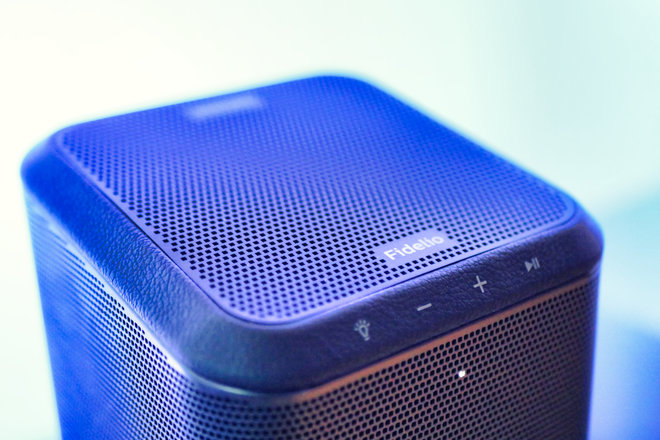 Elsewhere, the speaker is covered with a metal mesh, which reminds us of the Sonos One, but slightly more squared off. The top of the speaker slopes slightly, due to the angled Atmos speaker underneath, which is designed to bounce sound off of your ceiling and give more verticality to your surround sound experience.

On the rear, you’ll find an array of eight Ambilight LEDs, which project light in three directions behind the speaker. There are two buttons, for Wi-Fi and Bluetooth pairing respectively, along with a power connector, 3.5mm audio input and a USB port labelled “Service”.

The Fidelio FS1 is an extremely flexible speaker, that can be used in a variety of configurations. In a lot of ways, it’s similar to the Sonos One, in that it can be used on its own, paired with another speaker, or as a rear satellite in a surround sound set-up. 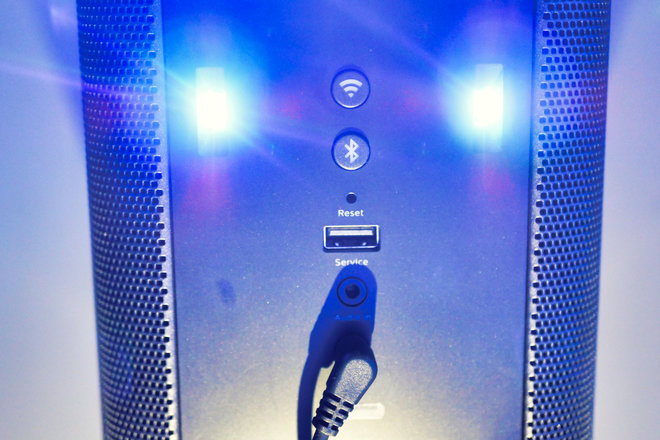 An area in which the FS1 differentiates itself, though, is how it can be used with compatible Philips TVs. The most obvious of which is its ability to extend the TV’s Ambilight effects around the room. Depending on where the speaker is placed, users can configure different areas of the Ambilight array to be mirrored on the speaker’s LEDs. These LEDs appear to be almost identical to the ones found on the rear of Ambilight-compatible TVs, and so the light given off is very similar in terms of brightness and colour rendition.

Even more compelling, though, is the option to use the speakers as a three-channel setup (left, centre, right) with the TV’s built-in speakers handling the centre channel. This configuration utilises the FS1’s woofers to add some grunt, while the physical positioning increases the sound stage. Dialogue is handled by the TV speaker, which usually lacks low end, but is often more than capable of providing clarity and volume so that you don’t miss anything.

Bolstering the flexibility of the FS1, we also get DTS Play-Fi multiroom support, along with Bluetooth and a 3.5mm input. Wired connectivity is something that a lot of multiroom speakers lack, and we’re happy to see it included here, as it unlocks the ability to use the speaker with a huge range of audio sources.

Unfortunately, we weren’t able to get a proper listening session with the FS1 at the show, so we won’t be able to give our full thoughts just yet. On first impression, though, the speaker sounds impressive. 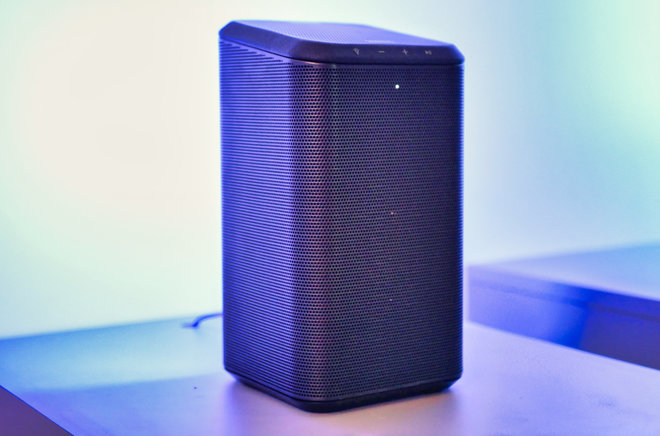 As part of a surround sound system, paired with the Fidelio FB1 soundbar and FW1 subwoofer, the FS1s do a superb job of handling the rear channels. There’s plenty of clarity, and spaciousness that projects high and low. In this configuration, the FW1’s crossover is handling the sub-bass but the FS1’s woofer still provides the desired warmth to the lower mid-range.

In a temporary demo room at an event, it wasn’t possible to gauge exactly how they’ll sound at home. But, what we heard was promising, and we’re looking forward to hearing more.