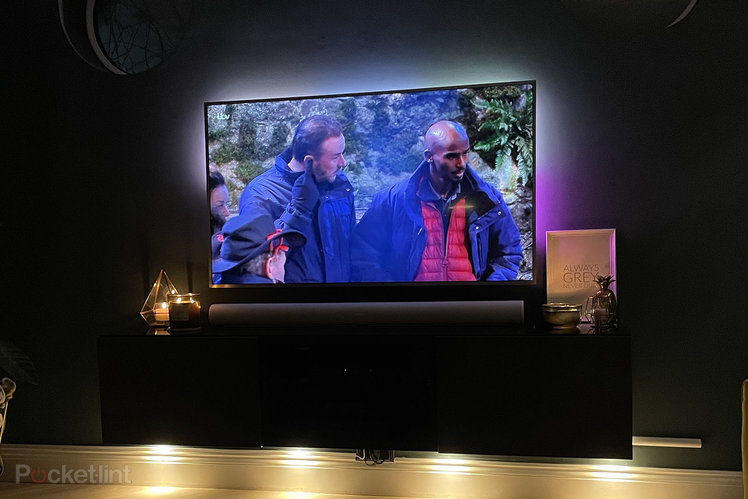 Philips Hue offers the biggest smart lighting offering out there. While there are plenty of alternatives – many of which are significantly cheaper – there are none that offer the breadth of options that comes with the Hue range – and we aren’t just talking about different bulbs.

A later addition to the Hue portfolio comes in form of the Hue Gradient Lightstrip, designed to be stuck onto the back of your TV – and essentially recreate what Philips does with its Ambilight TVs, but on your existing other-brand telly, be that Samsung, Panasonic, or something else.

As you would expect from Philips Hue, the Gradient Lightstrip has a solid, premium design – not that it really matters as you don’t see it once it’s installed, but it’s always good to know you get what you pay for. 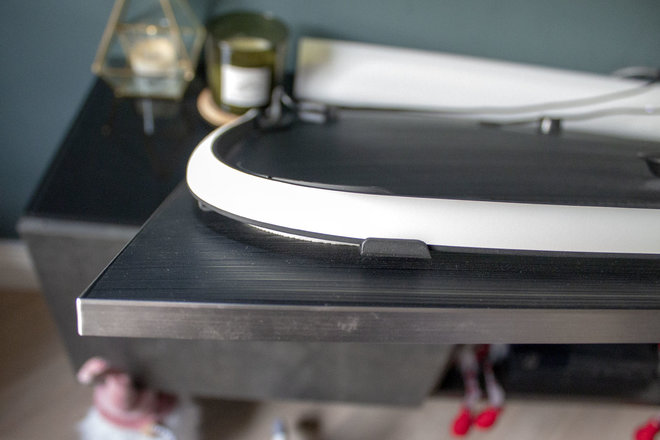 Measuring 17mm wide, the flexible silicone Gradient Lightstrip is flat on one side with a black finish – this is the side that sticks to the back of your TV – while the top is soft to touch, white and curved with LED lights beneath.

How it works and what you need

If you already have Philips Hue, then you’ll already have the Bridge, and the Gradient Lightstrip will work with the rest of your Philips Hue lights, allowing you to create scenes, set timers, setup routines, and control your lights from anywhere, with your TV then able to join in the fun. 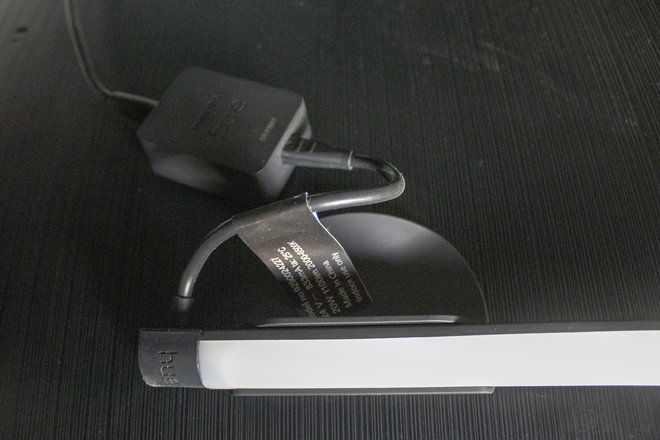 If you don’t have the HDMI Sync Box you can still use the Gradient Lightstrip as a smart light, making a feature of your TV, and it will still work with other Hue lights, but there are much cheaper alternatives to do this. So if you’re going to invest in the Hue Gradient Lightstrip then it’s worth investing in everything that makes it do what it was designed to do properly.

There are two corner holders and two straight holders, but you can split the corner holders if you want to. There is then a small box which the power cord plugs into. This too can be stuck to your TV, making sure there are no loose wires or boxes hanging behind your TV. 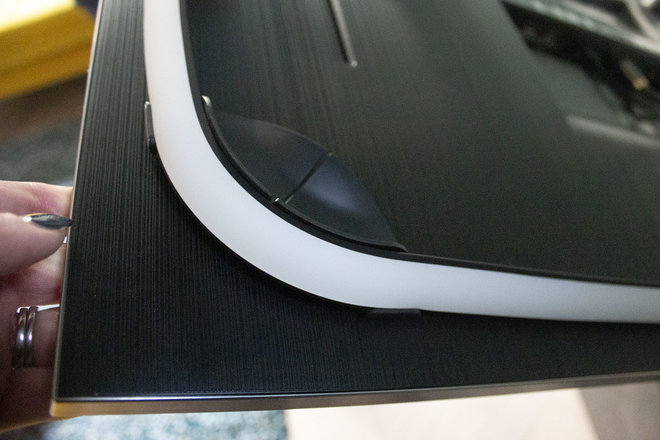 You’ll also need to download the Hue app on your smartphone or tablet and follow the setup instructions to get the Gradient Lightstrip up and running. There’s step-by-step instructions and nothing too complicated.

The Hue Play HDMI Sync Box comes with a power outlet that has space for both the Gradient Lightstrip power cord and the Sync Box’s power cord – so we recommend using that straight away, especially if you are short on plugs near your TV.

Bear in mind you’ll also need to move any HDMI cables from the back of your TV – Sky, PlayStation, Xbox, etc – and plug them into the HDMI Sync Box. A HDMI cable also needs to run from the Sync Box to your TV. 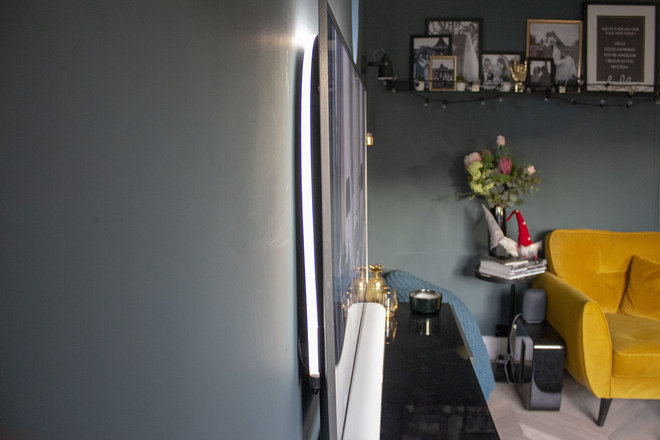 Our best advice when it comes to installation is to do it all when your TV is initially off the wall for sticking the Gradient Lightstrip on rather than taking your TV on and off the wall multiple times like we made the mistake of doing. It’s also worth noting that while the Gradient Lightstrip isn’t particularly thick, you will need a little bit of space between the wall and your TV for it to fit. Or if, like most, you have a stand-mount telly then this is obviously no concern.

The Philips Hue Gradient Lightstrip is perfect for not only making your TV more of a feature in the room, but creating a lovely ambience too. In fact, we often have it on even when the TV is off.

It responds quickly to the Philips Hue app, works brilliantly with other Hue bulbs, and when scheduled or within a routine and it plays nice with other smart home systems like Google Home too. 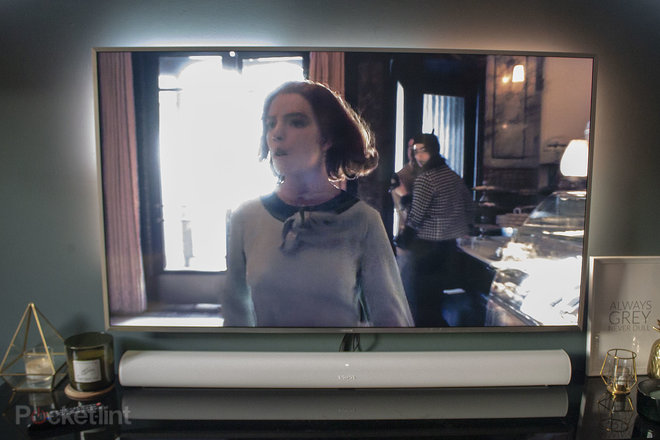 When replicating the content on our TV, we found it a distraction at first but you get used to it very quickly. And while it might not offer the same effect as adding surround sound to your living room would, it does deliver a more immersive experience in its own way. There’s zero lag in this setup too.

We have a couple of bugbears with it though. Firstly, you need a secondary app for the Hue HDMI Sync box, which although isn’t a massive issue, it’s just another app to add to your smartphone’s home screen. We aren’t sure why it can’t just be a part of the main Hue app. 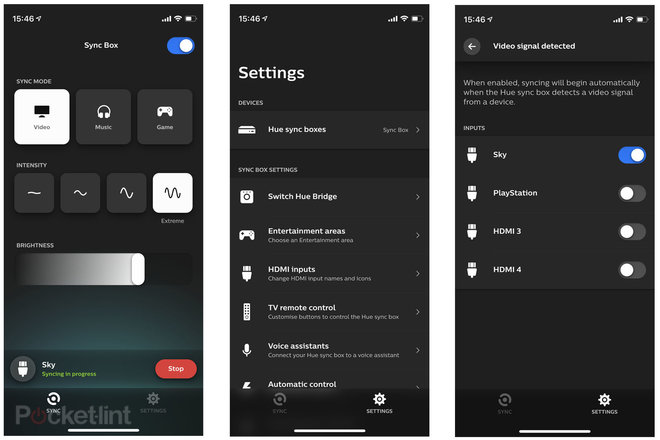 The Hue Sync app does offer more control for the Gradient Lightstrip though: you can select between Video, Music and Game for the sync mode; and change between different levels of intensity and change the brightness.

There are also different settings, including setting up automatic control, as well as voice assistants. By default, you have to start the light sync manually in the Hue Sync app, though buried in the Automatic Control Options settings, you can set it so the Gradient Lightstrip turns on when a video signal is detected.

Our second issue is that the Gradient Lightstrip syncing with the content on your TV requires you to have a device that can be plugged into the HDMI Sync Box – such as Sky, if you’re in the UK – and playing content through that device, rather than just having a Smart TV and playing apps like Netflix directly through your TV. 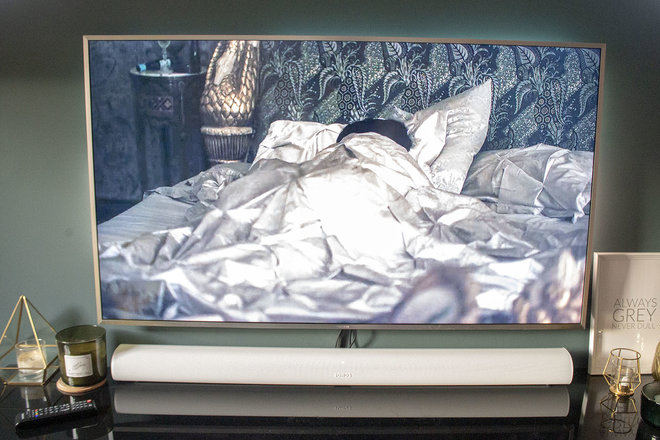 If you play a movie on Netflix through the app on a Samsung Smart TV, for example, the Gradient Lightstrip will still emit light – whatever colour you last set – but it won’t colour match the content on your TV.

If you play the same movie using the Netflix app on Sky however, the Gradient Lightstrip will do what it is designed to do – because it has the connection through the HDMI. It means you always need to play content through one of the devices connected to the HDMI Sync Box – be that Sky, Fire TV, PlayStation, whatever else you may have – which is easy to forget, especially when Smart TVs make it easy to select an app directly and play it.