Photographer Austin Mann is no stranger to testing out iPhone camera systems. He praised the iPhone 11 Pro‘s cameras last year, for instance. So it’s not a surprise to hear he got some time with the iPhone 12 Pro, too.

Mann’s photos are always spectacular, and he really shows off the ridiculous power that Apple brings to its iPhone lineup on a routine basis. While most people who buy a new iPhone 12 Pro probably won’t run into similar situations as Mann in his testing, the fact the iPhone can produce photos like this is still sort of unreal. (Mostly just about smartphone photography in general, since there are other impressive camera systems out there.)

This latest adventure with Mann is no different, with the photographer venturing through Glacier National Park in the state of Montana. He got some time with the iPhone 12 Pro and took the camera system through its paces. Mann tested all sorts of things, including capturing photos in bright and sunny conditions, to dark and overcast scenarios.

And he looks very cold doing it, too.

Now, it’s worth noting that Mann isn’t testing the iPhone 12 Pro Max here. That handset is where a lot more camera improvements can be found — and Mann is looking forward to that review in the next few weeks. But the iPhone 12 Pro is certainly no slouch in its own right, even if most of the improvements are software-related and/or incremental compared to last year’s iPhone 11 Pro.

The review, with pictures

If you like photography, Mann is absolutely a photographer you should follow in some capacity or another. That’s definitely true if you prefer to take photos with an iPhone. Mann really makes it obvious just how great these cameras are, and the photos he shares are all fantastic, too.

Which is why I’m going to pull some interesting quotes from the review on his site, but mostly I think you should go visit and read through the camera system test for yourself, too. Because Mann goes into some detail that’s worth going over, and even talks about some key features that you may not have heard about (like truly locked exposure adjustment).

See the photo at the top of this article? That was captured with the iPhone 12 Pro’s Wide lens in Night Mode (and on a tripod).

And here’s some star exposures:

With Night Mode supported with the Ultra Wide camera, Mann is seemingly impressed with the results: 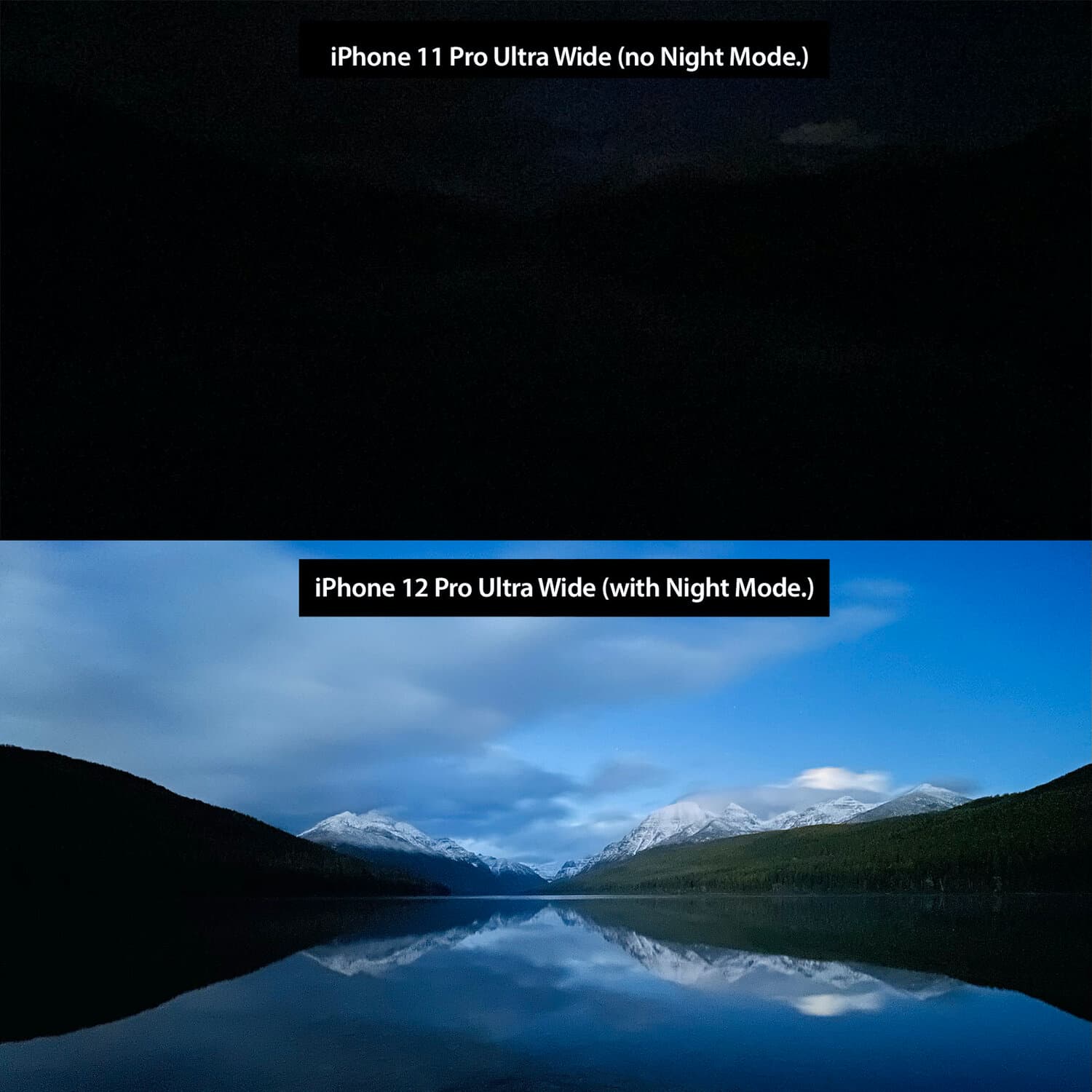 One more for the road here: Portraits with Night Mode.

I like to push my gear to the extremes… and knowing others would likely be testing Night mode in urban environments with some available light, I decided to really push the capabilities of Night mode portraits. I shot this portrait of Esther about forty-five minutes after sundown, and it was overcast, so there was very little available light. (To give you an idea, we had to use a flashlight to see our path.)

As you can imagine, there was definitely some camera shake and movement with this unstable setup but thanks to a little Night mode computational wizardry, better OIS, faster ISO, and of course LiDAR, Esther is still sharp and surprisingly color accurate.

The LiDAR worked great here — I realized later I never once messed with the focus it was just locked in on her face the whole time. Also, creating an accurate depth map around the furry hood seems like it would be really complex, but the iPhone 12 Pro did a great job.

The blurring and noise reduction is a bit less realistic and a bit more… dreamy? But it’s sharp enough where it matters, and overall I found this image to be just lovely. (And so did Esther, which is what matters most!)

And here’s the image Mann captured: 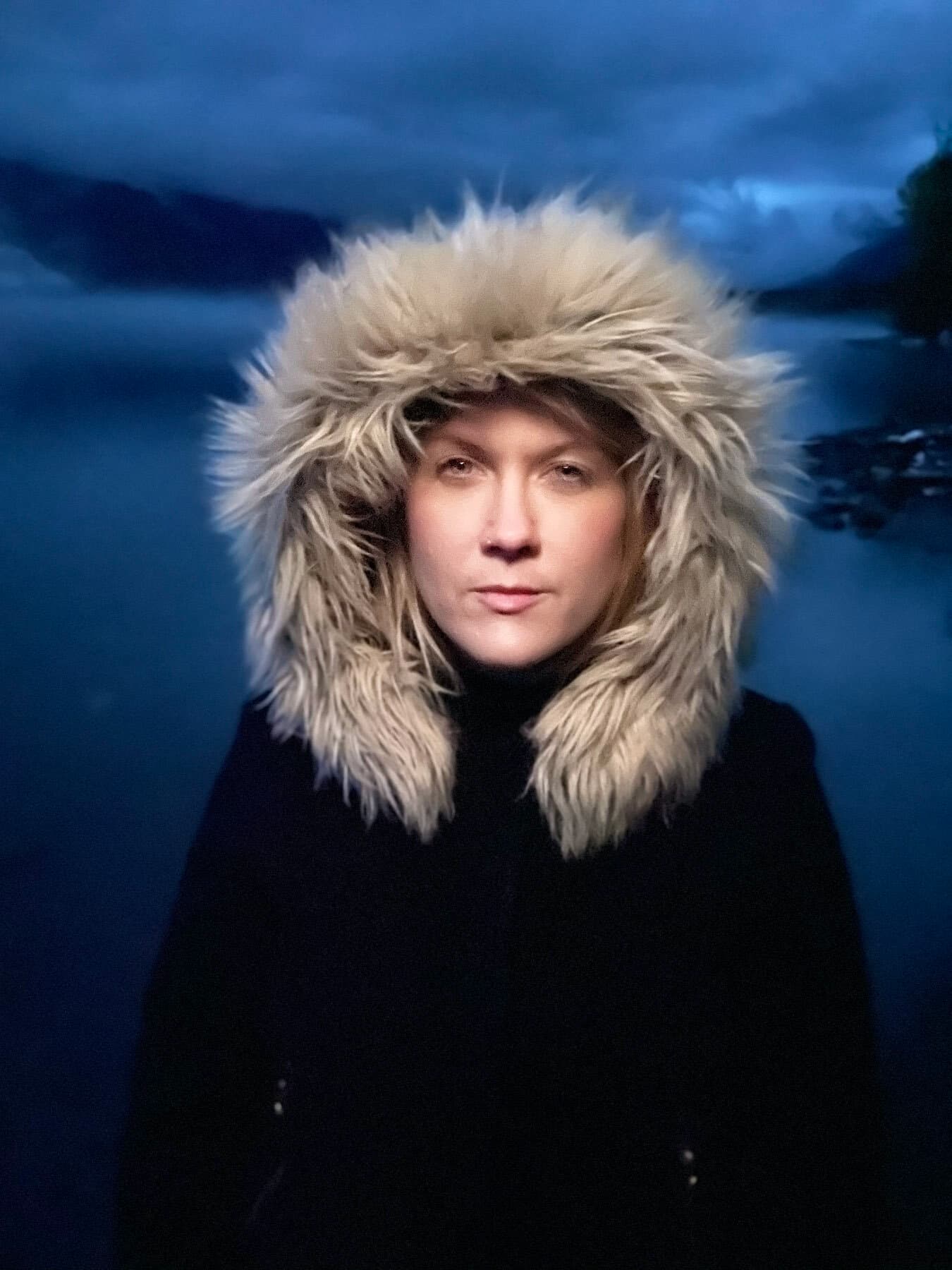 Go check out the full test, and go stare at those lovely photographs.