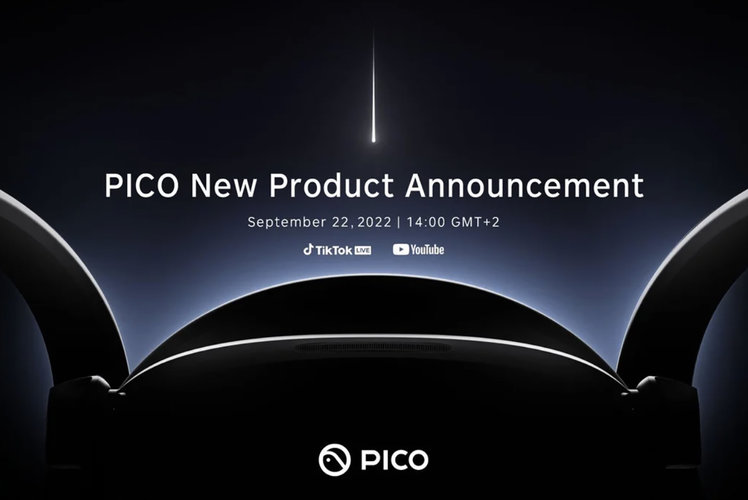 TikTok’s parent company, ByteDance, has a VR subsidiary called Pico, and it’s getting ready to unveil its new headset. It’s even shared when it will hold an event. Pico’s new VR headset is rumoured to be called the Pico 4 or Pico Phoenix, and it could be available in up to two configurations.

The Beijing-headquartered company said it will host an online event on 22 September. “We can’t wait to show you what we have in store for you”, Pico shared on LinkedIn. It has a “new product announcement” in store and even teased the silhouette of a VR headset. The company revealed little else, but there have been leaks in recent weeks that pointed to a headset coming down the pike.

A Pro model is thought to be on deck first. It includes face- and eye-tracking functionality, runs Android Q, and is powered by a Qualcomm processor, according to an FCC filing spotted by Protocol. It will also feature an inside-out RGB camera for colour video pass-through, enabling mixed reality experiences. The headset should be smaller than Pico’s existing Neo 3, too. Other rumoured features include a higher-resolution display and automatic hardware IPD adjustment. (That will allow it to adapt to pupillary distances for a more comfortable experience, a submission to the Bluetooth SIG reads.)

Add it all up, and the new Pico headset – at least the Pro version – sounds mightily similar to Meta’s upcoming Project Cambria headset, which will debut in October. You can read all about that headset here.

ByteDance made its first foray into VR through the acquisition of Pico – the third-largest VR headset maker globally in the first quarter of 2021, according to IDC – last year for an undisclosed sum.

ByteDance found success with TikTok, but the Pico acquisition marked a push to diversify its business. At the time of the acquisition, ByteDance said in a statement that Pico’s “comprehensive suite of software and hardware technologies, as well as the talent and deep expertise of the team, will support both our entry to the VR space and long-term investment in this emerging field”.