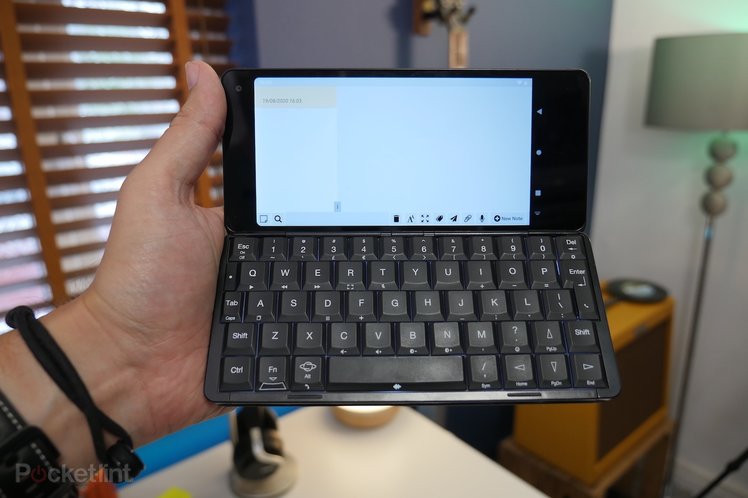 In the days before smartphones became the be-all and end-all devices that they are now, there was an era when personal organisers were seen as the must-have item for serious professionals. Or just those who wanted to stay on top of their busy schedules without having to carry around an ever-expanding Filofax.

That’s where PDAs came in. Some were just basic touchscreen tablets, others, like the Psion attempted to give you a keyboard experience similar to what you’d like to see from a laptop.

In the days when laptops were also quite big and bulky, it was desirable to have something smaller and pocketable that could do a lot of the same stuff and then sync with your computer when you got home or got to the office. 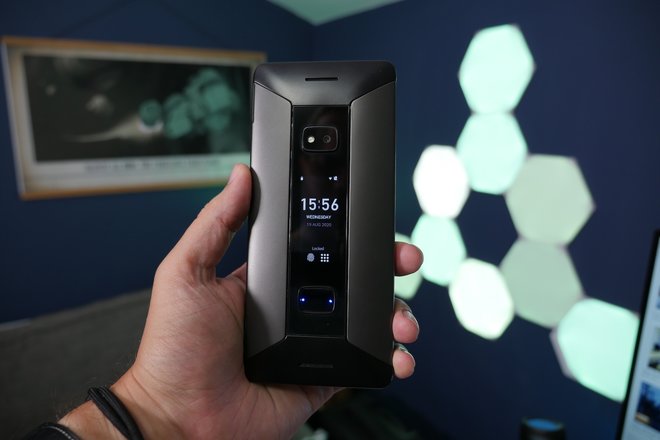 For Planet Computers, that’s a niche of the market that still exists and so following some buzz around its Psion-inspired Gemini, the company has continued with newer models and the latest is the Cosmo Communicator.

Planet Computers’ latest device is all about the keyboard. It’s about as big as you could hope for in a device that’s (almost) pocketable. The keys are large. Not as big as a full-size keyboard, but still, they’re easily the biggest we’ve seen on a mobile device for a while.

What’s more, they’re backlit and you can adjust the brightness of them to match the setting you’re in.

As a touch typist, it can take a little while to get used to the keys being cramped – compared to a laptop/PC keyboard – but it’s certainly possible to eventually get used to the feel and closeness of all the keys. 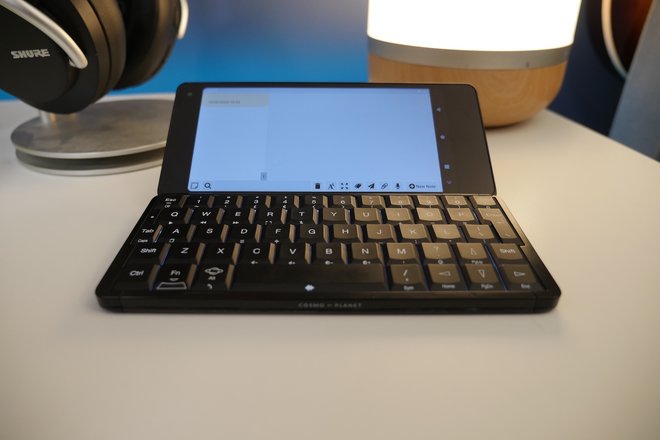 What’s more, Planet Computers sells the device with a number of different regional keyboard layouts, so if you want Japanese, US, German, UK or any other layout, there’s a good chance they have one that caters to your preferences.

The button feel is decent too and has almost as much travel in the keys as you’d get from a proper keyboard. In fact, there’s more travel than you’d find in some laptop keyboards.

Don’t try and use it as a regular smartphone

The wrong way to think about the Cosmo Communicator is as a form of smartphone with a keyboard attached. Its design and implementation essentially hinder you from using it that way. With the device shut, the small touchscreen on the front is essentially only useful for seeing waiting notifications or the time. 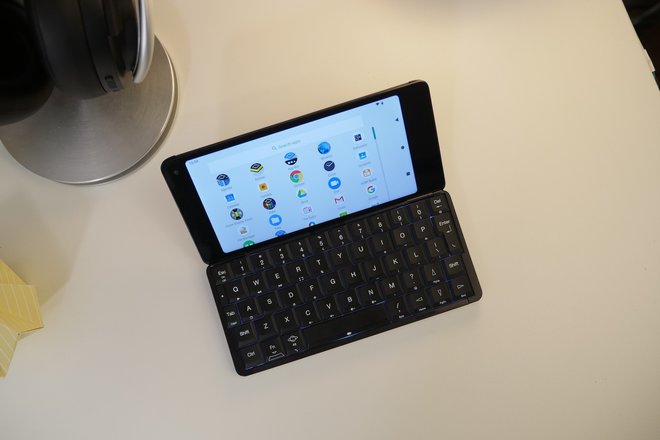 When open, you can’t use the main display in portrait mode, and the keyboard being a permanent fixture means it’s not always that convenient to use the touchscreen in landscape mode either. Then, of course, there’s the size. Compared to even some of the largest phones out there, the Cosmo is a behemoth.

This is a PDA; a miniaturised computer that runs an adapted version of Android 9 and happens to have SIM card slots for cellular support. Think of it more as a tiny Android laptop that can make phone calls. Not an Android phone with a permanent keyboard and your expectations will likely be met more closely.

While the interface isn’t all that different to if you had a stock version of Android Pie, it is in landscape orientation, and so the interactions are a little different. It also comes equipped with a bunch of different productivity-focused apps, including an agenda app for managing your appointments and calendar events, plus a note-taking app.

It’s worth noting that it’s got Google Play Store and Play Services too, and that means you can download and install any Android app you want on to it. Just like you could on a smartphone.

One thing that can be said of the Cosmo is that it certainly feels like a well-made device. It has a reassuring heft to it, and the hinge when open and shut doesn’t feel loose or like it might give up after a couple of weeks. 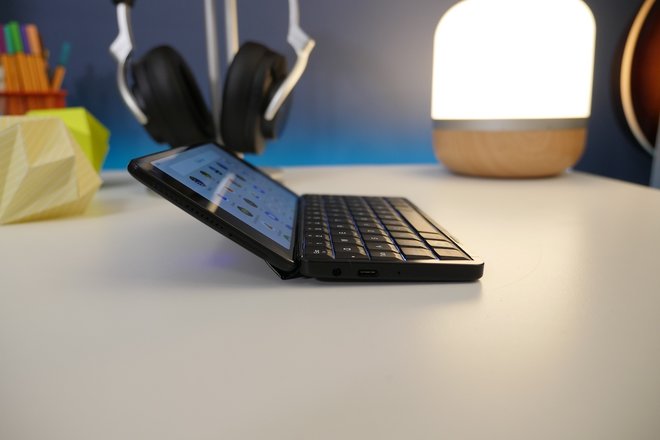 It’d be nice to have an adjustable hinge that could hold whatever angle you wanted to place it at (it doesn’t appear to have one of those), so in that sense isn’t quite the full mini laptop it wants to be.

It has virtually all the ports and buttons you could need too. There’s a 3.5mm input for wired headsets, two Type-C ports for connectivity/charging and even an under-glass fingerprint sensor on the front for unlocking. 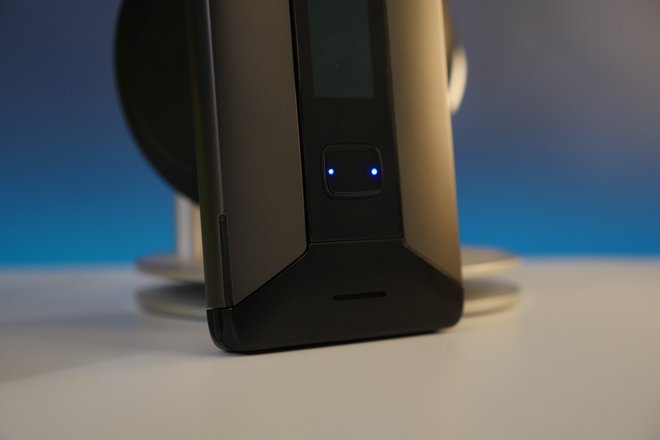 You can – of course – use another finger instead, but for the first time probably ever we feel a side-mounted fingerprint sensor might work better positionally. It does have enough space for one, that’s for sure.

Is it worth getting?

The thing about the Cosmo Communicator is it’s one of those devices no one will be able to convince you that you need. It has its niche market, and for the people that really want a device like this, it’s one of the only devices on the market that meets those needs.

For those who want a smartphone experience with a physical keyboard, you’re likely going to want to look at something like the F(x)Tec smartphone instead. It has much more of a traditional feel to it. It’s also not as expensive. The Cosmo Communicator will set you back a hefty £799 if you do decide to splash the cash.

On the whole, though, the Cosmo Communicator is designed for a very specific type of function, and – however small that little segment of the market is – it nails that.