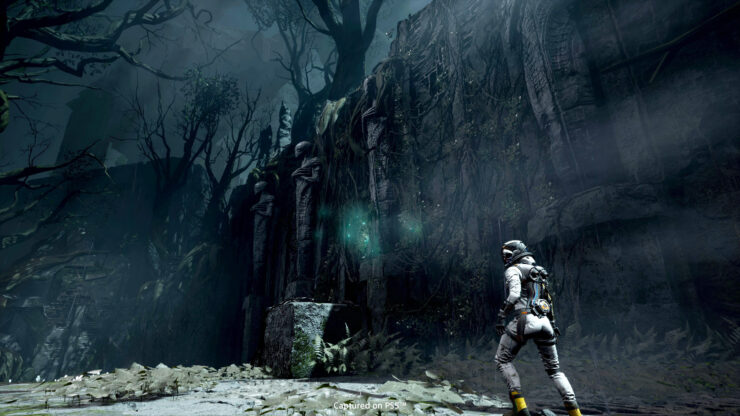 Returnal, the PlayStation 5 exclusive game in development by Housemarque, has been delayed.

The third-person shooter roguelike will now release around a month later than anticipated, on April 30th, as confirmed on Twitter today. The game has been delayed for additional polish.

Update: Returnal has a new release date of April 30, 2021. SIE and Housemarque have made the decision to move the release date in order to give the team extra time to continue to polish the game to the level of quality players expect from Housemarque.
See you in April! pic.twitter.com/xb6IBWJ5TQ

Returnal will be the most ambitious game by Housemarque yet, combining the studio’s signature fast-faced shooting experience with a third-person view and roguelike elements that tie into the story in a very interesting way.

After crash-landing on this shape-shifting world, Selene must search through the barren landscape of an ancient civilization for her escape. Isolated and alone, she finds herself fighting tooth and nail for survival. Again and again, she’s defeated – forced to restart her journey every time she dies.

Through relentless roguelike gameplay, you’ll discover that just as the planet changes with every cycle, so do the items at your disposal. Every loop offers new combinations, forcing you to push your boundaries and approach combat with a different strategy each time.

Brought to life by stunning visual effects, the dark beauty of the decaying world around you is packed with explosive surprises. From high stakes, bullet hell-fueled combat, to visceral twists and turns through stark and contrasting environments. You’ll explore, discover and fight your way through an unforgiving journey, where mystery stalks your every move.

Designed for extreme replayability, the procedural world of Returnal invites you to dust yourself off in the face of defeat and take on new, evolving challenges with every rebirth.

The post PlayStation 5 Exclusive Returnal Has Been Delayed to April appeared first on Wccftech.