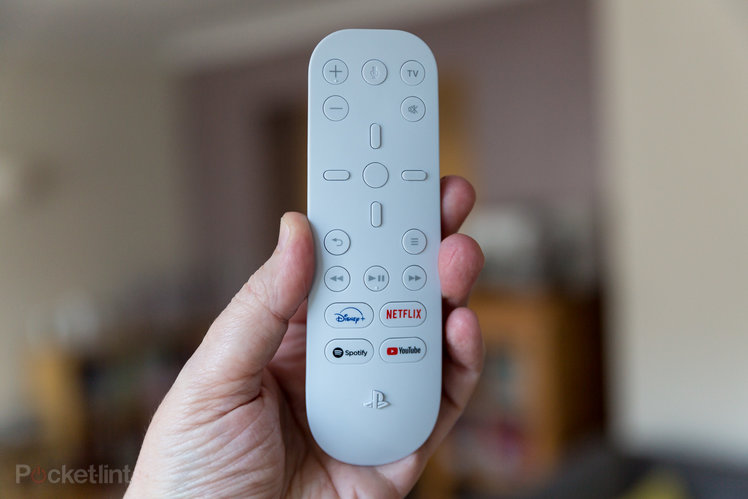 The PlayStation 5 is now available (in the US at least) and that means accessories are hitting the market too.

One of the official add-ons that we’ve been most excited about is the PS5 Media Remote – a relatively simple remote control for the media side of the console – and we’ve now got our hands on one, which we’ve paired and briefly tested.

Even its very existance excites us. Sony decided against releasing its own remote for the PS4 (there were some third-party alternatives) and we lamented its absence. But, with the PS5 now sporting a 4K Blu-ray player and a dedicated area on the UX for media, it makes complete sense for a dedicated, first-party clicker to control it all.

The Media Remote itself is battery operated, with two AA batteries included in the box. This is essential really, as you don’t want to have to recharge a flat remote just to watch something on Netflix. 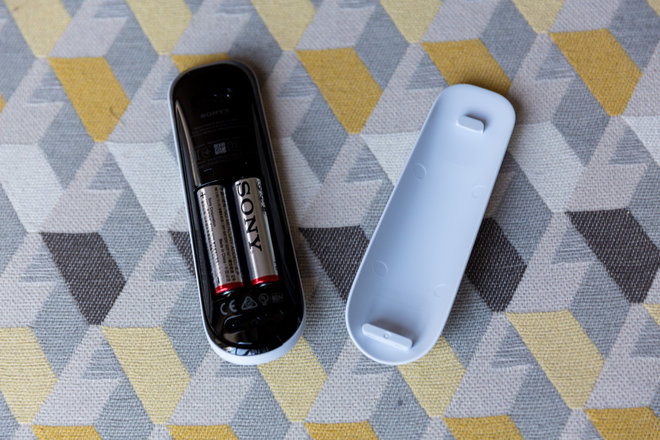 It is designed to look like the console and DualSense controller, with the same white plastic coating and shiny black area sandwiched in-between.

On the front, you get buttons for volume, mute, a TV on and off button, directions, enter, options and back. There are the usual play and pause buttons too.

Additionally, there are dedicated shortcut buttons to instantly start-up Netflix, Disney+, Spotify and YouTube. And there is a PlayStation button, of course, to open the console’s home menu.

One other button is present but it doesn’t seem to do anything right now. It’s a microphone button that is, according to the manual, “reserved for future use”. Looks like voice control of some kind is coming folks.

The Media Remote is Bluetooth and easy to pair.

You just startup your PS5 normally, head to “Settings”, then “Accessories”, scroll down to “Media Remote” and tap on “Set up Media Remote”.

The instructions will guide you through the pairing process (you just need to press the PlayStation and options buttons to put it into pairing mode). 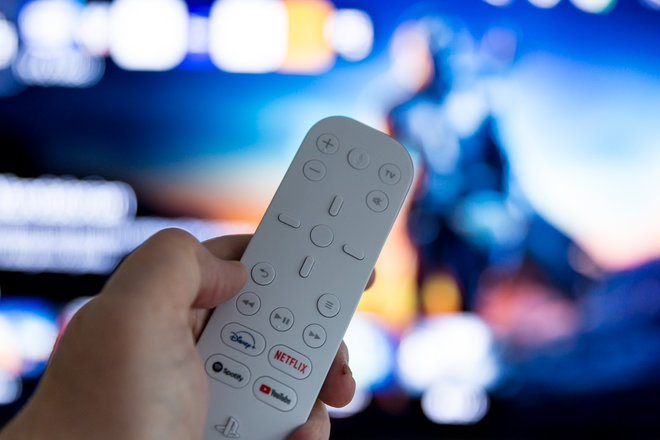 This happened for us in seconds. Then we were asked if we also wanted to use it to control our TV. Saying ‘yes”, it found the TV immediately (through HDMI CEC) and it worked straight away. Plus, with our Sonos Arc soundbar also set-up through HDMI ARC with CEC, the volume buttons worked on that too.