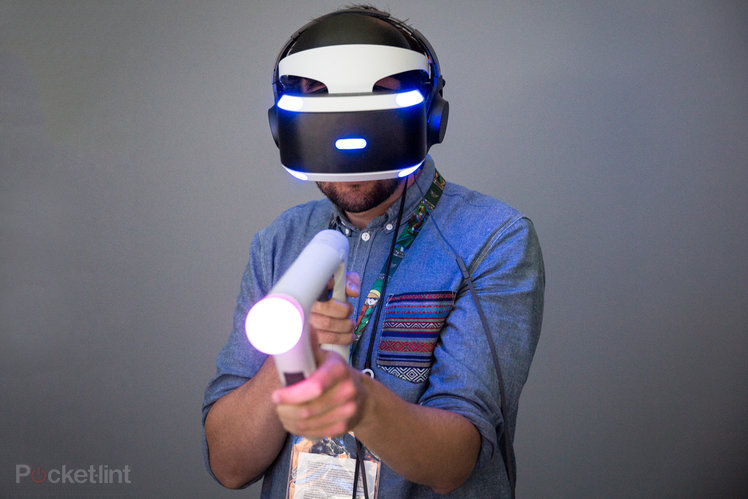 At Sony’s CES 2022 press conference, PlayStation CEO, Jim Ryan, took to the stage to officially confirm the name of its second-generation virtual reality headset for PS5: PlayStation VR2 (or PS VR2 for short).

To showcase the forthcoming headset’s capabilities there’s a whole new AAA game coming 18 February 2022, a VR specific title called Horizon: Call of the Mountain, developed by Guerrilla Games and Firesprite. We’re sure that Aloy fans will be extra excited about this virtual reality specific. Check out the official trailer below:

Ryan didn’t go as far as revealing the headset itself, but did confirm a number of PS VR2’s features. It will offer eye-tracking and foveated rendering, offer a 110-degree field of view, and include haptic feedback for subtle vibrations to add to user immersion.

In terms of visual fidelity, Ryan described it as “best in class”, confirming “4K HDR” capability. That’s a lot of resolution, and a bit of an oversell: as an official PlayStation blog reveals,the headset will offer 2000 x 2040 pixels per eye. Refresh rates of 90Hz and 120Hz are possible.

There’s a six-axis motion sensing system (three-axis gyroscope, three-axis accelerometer)​, four cameras integrated for headset and controller tracking​, an IR camera for eye tracking per eye, and both a built-in microphone and headset.

The included controllers, called PlayStation VR Sense controllers, will also offer haptic feedback, with Ryan commenting that players will be able to “feel and interact with games in a much more visceral way”.

The big question on our lips, however, is whether that 18 February date of Horizon VR: Call of the Mountain will also coincide with the PS VR2’s release date. Exciting virtual reality times for PlayStation 5 users is not far away, then, based on this big slice of CES 2022 news.