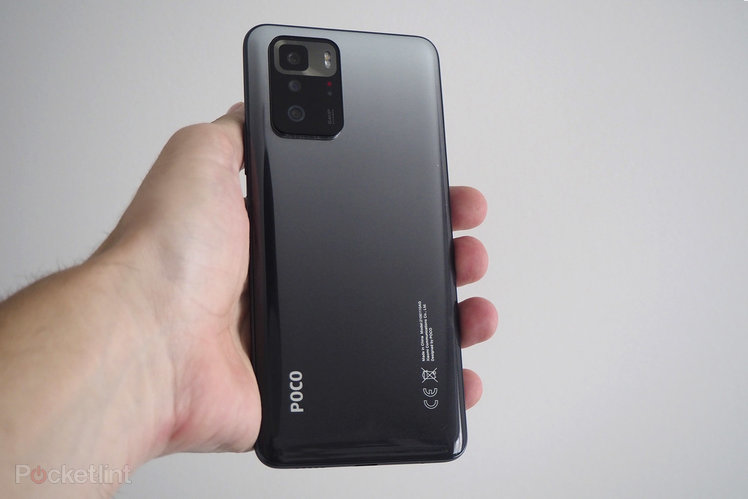 Poco, the phone-maker that’s an offshoot of Xiaomi, has been making all kinds of handsets of late: from the highs of the F3, which we could barely fault; to the lows of the M3, which was a steer-clear device.

Somewhere in the middle of that spectrum sits the Poco X3 GT. It’s expected to be an affordable phone – there’s no price at the time of writing – delivering high-end MediaTek Dimensity 1100 innards with a chunky design that, by and large, is like a tweaked version of the Redmi Note 10.

We’ve been using the phone as our own for a working week ahead of its launch and here’s what we have to make of Poco’s mid-entry device. Is it as exciting a ‘GT’ device as its name suggests?

It seems that ‘GT’ is 2021’s newest acronym to lump onto phone names: first there was the Realme GT – which was actually rather impressive and looks great in its vegan leather yellow finish – and now this, the Realme X3 GT. 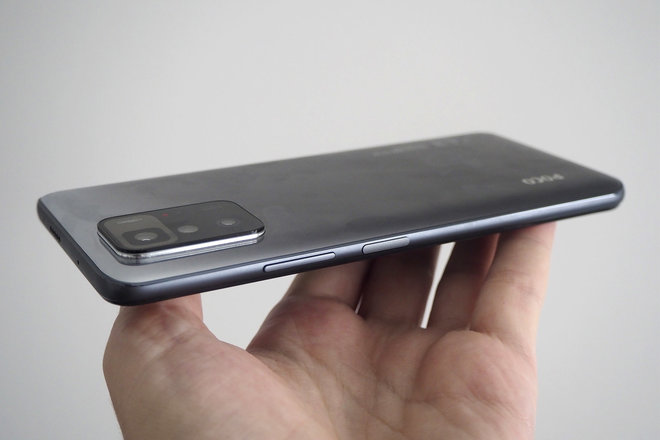 When we think GT, we conjure images of Gran Tourer cars skirting around European mountain roads, their aerodynamic shapes cutting through the landscape. The X3 GT doesn’t quite pull that off: at almost 9mm thick, it’s quite a large and weighty unit that’s more akin to truck than Gran Tourer.

But the scale is to benefit the large battery capacity inside – there’s 5,000mAh here – while the screen, at 6.6-inches, is a match for most current flagship devices in 2021. Well, it is in terms of physical size anyway.

The screen’s delivery, however, isn’t as on point. This review sample has an occasional screen flicker issue – there’s a pulsing that’s sometimes visible to the eyes, in particular to one side of the device. This isn’t related to any settings – we’ve adjusted all the refresh rate options – but it’s also not been a persistent problem throughout testing; it comes and goes.

The screen resolution, at Full HD+, is sharp enough to handle most content. Why, then, Xiaomi’s MIUI wallpapers by default are low resolution we can’t fathom, as it makes the phone look less capable than its pixel density would suggest. Brightness you’ll also need to manually nudge to higher levels to get the most from it, too, as it’s a little shy and there’s less top-end brightness than the most capable on the market. 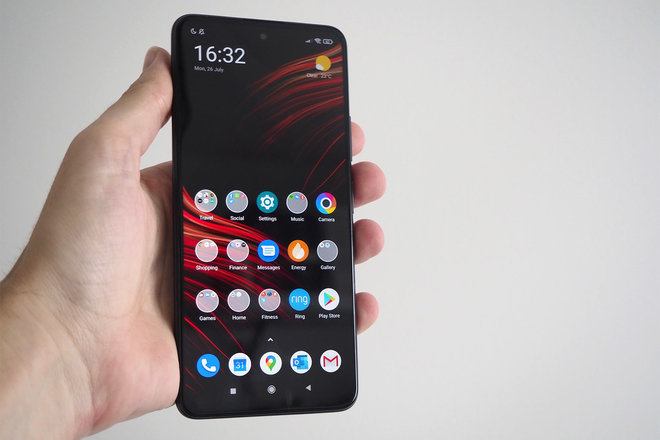 One of the more desirable features is the 120Hz refresh rate which can dynamically adapt to cater for different content types, making for smoother scrolling in the software, or more refined animations within games, for example. That kind of feature, at this expected low price point, is a big tick in the X3 GT’s box.

As the screen is an LCD panel there’s no under-display fingerprint scanner to be found here; instead that’s embedded in the raised power button to the side of the phone. It works well, which given it’s a fairly thin slither of a button, is an impressive result.

It’s been interesting to watch MediaTek’s rise in the mobile phone industry over recent years: its chipsets are appearing in more and more handsets, including to a higher-end level, which is where the Dimensity 1100 processor aboard the X3 GT fits into proceedings. 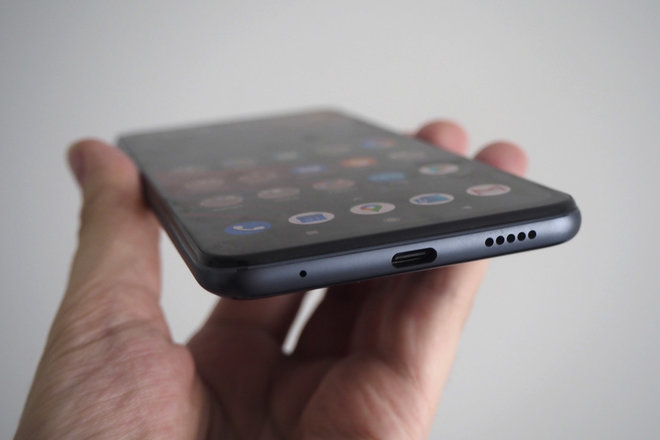 The 1100 is no slouch either, far beyond the kind of Snapdragon 600 series you’ll find in Poco’s lower-spec M3, and able to clearly deliver where it matters. Handling of the software is smooth, while even top drawer apps and games run without fuss.

It’s only been the screen flicker and brightness drawbacks that have really got in the way of using this device contently to get us through the day. But in terms of actually getting to the end of a day – and, indeed, into the next – the X3 GT has no issues in terms of longevity: that 5,000mAh battery lasts for an age per charge, giving near two-day life. The 67W fast-charging is speedy too.

However, as ever with Xiaomi-based software – here it’s MIUI 12.5 over Google’s Android 11 base – there are various quirks and irritations that come as part and parcel of the package. It’s not a deal-breaker, it just might require some additional tinkering within the software settings to get things running as you please.

Apps being able to operate in the background may require manual intervention, for example, otherwise you may have issues with notifications in some situations. There are two stores, too, so Xiaomi system apps update separately to Google Play sourced applications. And there’s a dual swipe-down shade – settings from the centre, notifications to the left – which just doesn’t feel very Android.

Part of the Dimensity 1100 chipset is that it’s 5G capable too. When we’ve been out and about in London we’ve been able to automatically benefit from the faster and lower-latency connection, which is a nice bonus. Such connectivity is largely becoming the norm these days, but it’s never a bad thing to be up to date – even moreso with a more affordable handset.

When it comes to cameras most more affordable phones these days don’t go all-out in terms of multiple lenses. Sure, the X3 GT has a trio of cameras on its rear, but as one of those is a depth sensor with next to no use, it’s the 64-megapixel main and 8-megapixel wide-angle that are of primary interest. 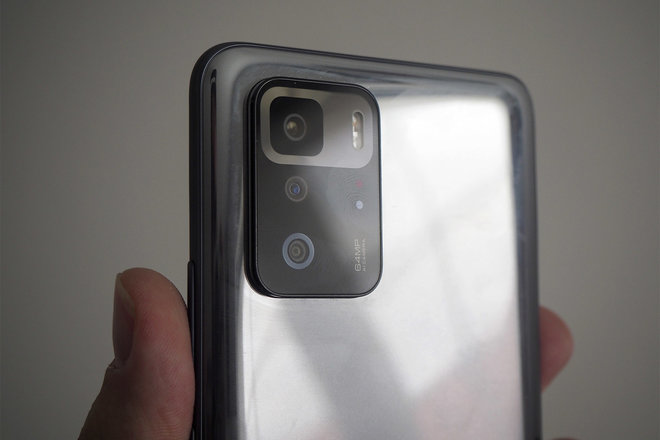 It’s a shame the ultra-wide is as low resolution as it is, as there are better, higher-res sensor options available that help negate some of the quality issues. Being ultra-wide you can expect edge blur, which is standard for any such lens, but we’re still glad this lens features as part of the camera line-up – some makers have been dropping it entirely of late, instead opting for less-useful macro cameras.

The X3 GT’s main camera is all-round reasonable. That high resolution outputs at a quarter of the resolution – so 16-megapixel output – by using a four-in-one processing method that helps retain clarity and colour accuracy in shots. It works out just fine in daylight, too, with enough detail on display and natural colours.

Push the main camera a bit harder, however, and it soon finds its limits. Low-light isn’t its best friend, for example. There’s no hyper-reactive autofocus system either, as you’ll find on some of the higher-level devices out there today.

All in all, then, the X3 GT’s main camera is up to task, just not at the top of its game. We’re pleased there’s a wide-angle camera, given that some competitors lack this entirely, which makes for perfectly acceptable innings in a phone of this stature and position.