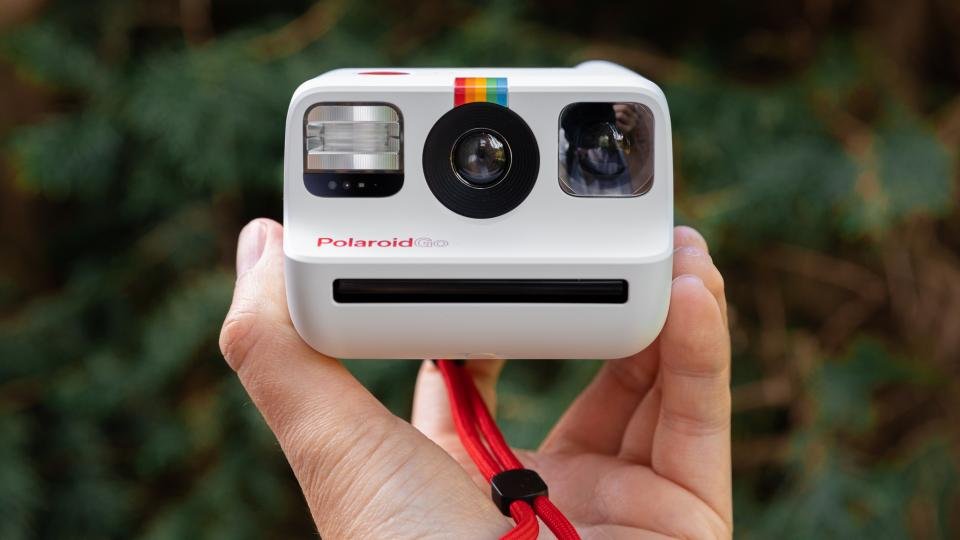 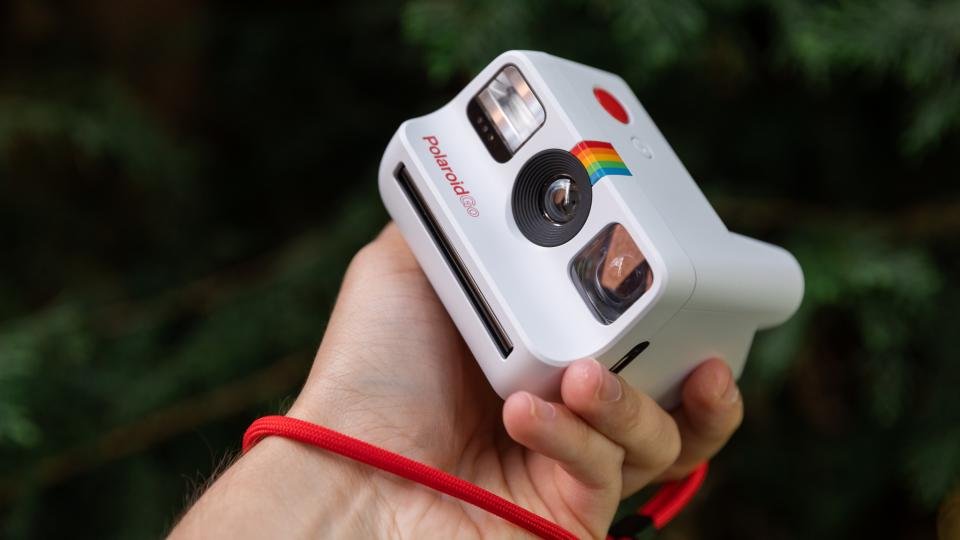 It may be small in size, but the Polaroid Go is big on fun

Is it small or just really far away? The Polaroid Go shrinks the instant icon’s timeless camera design down into a sleek, pocket-friendly form factor. Despite its compact size, however, the Polaroid Go still manages to pack in a full set of features, with auto exposure, flash, a self timer and even a double exposure mode all squeezed in.

With analogue photography seeing a bit of a revival at the moment, this slimline modern take on the timeless OneStep silhouette is likely to attract a lot of attention. It might still be hamstrung by Polaroid’s premium film pricing, but for those that can justify the price-per-print, the Polaroid Go is a whole lot of fun.

Polaroid Go review: What do you get for the money?

The Polaroid Go is a marriage of classic and contemporary designs. Polaroid has essentially taken the stylings of its OneStep+ and Now instant cameras and shrunk things down. Coming in at just 105mm long, 84mm wide and 61mm tall, the Go is not only Polaroid’s smallest camera to date, it’s the smallest analogue instant camera on the market by a considerable margin. 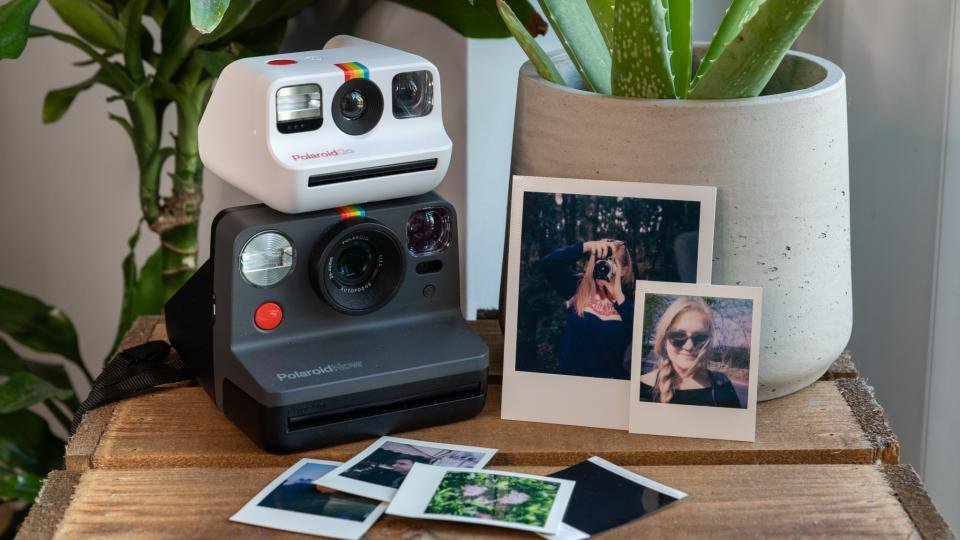 The Polaroid Go costs £110, or £129 if you pick it up with two packs of film. Price-wise that makes it the cheapest new Polaroid you can buy, coming in £10 below the Polaroid Now and £20 cheaper than the OneStep+, although these cameras are often discounted.

Specs-wise, the camera features a 34mm (35mm equivalent) lens with a variable f/12 to f/52 aperture, a shutter speed range of 1/125 to 1 second and a flash. The camera is fully automatic, but there’s a built-in nine-second timer, as well as a double exposure mode and manual flash toggle.

Unlike Polaroid cameras of old, the Go’s battery is built into the camera rather than the film packs. It uses a 750mAh rechargeable battery and a full charge should provide enough juice to power through 15 packs of film, or around 120 shots.

Speaking of film packs, a new, smaller camera requires a new, smaller film format. Like the camera, Polaroid’s Go film is the firm’s smallest yet, with each film pack containing eight shots. A double pack with 16 shots will set you back £18.

Despite its pocket-sized form factor, the Polaroid Go isn’t light on features. While a few things have been shuffled around – the shutter button is on top rather than at the front, and a single multifunction button is used for all adjustments – the Go should feel familiar to anyone that’s previously used a Polaroid OneStep+ or Now camera. 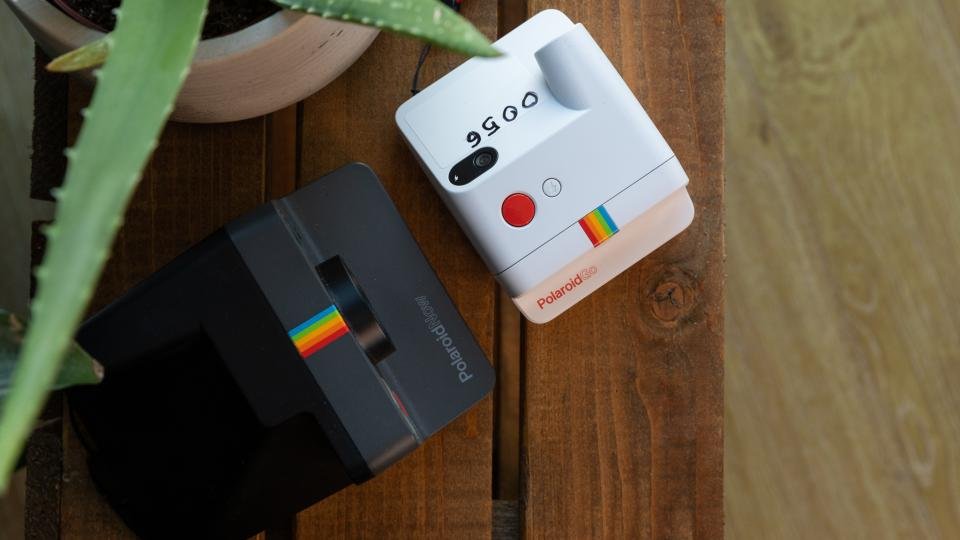 Like its full-sized sibling, the Polaroid Now, the Go packs a user-togglable flash, a self timer, double exposure mode and rechargeable battery. It does, however, lack any form of exposure or focal adjustment, so you’re stuck with the camera’s built-in metering and fixed focus.

The Go’s selfie mirror solution is different, though. Rather than opting for a physical mirror, the viewfinder has been given a slick one-way-mirror style reflective coating. This gives an uninhibited view when you’re behind the camera, as well as being a helpful framing aid while in front of the camera. 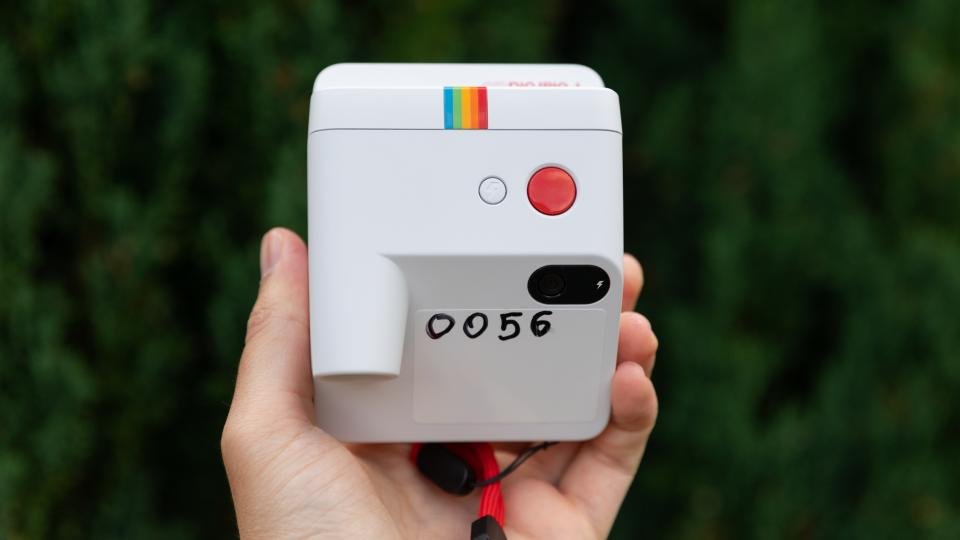 Perhaps the most radical shake-up is the new Polaroid Go format film. While it keeps the iconic white-bordered square format look, the image area is much smaller than a traditional Polaroid print, coming in at 67mm x 54mm. The images are around a third of the size of Polaroid’s standard i-Type prints and more closely resemble rival Fujifilms’s Instax Mini prints, which offer a 61mm x 46mm image area.

Right off the bat I think that the design is great. I’ve tested a fair few instant cameras but none has attracted quite as much attention as the Go. It’s cute, fun and undeniably cool. While traditional Polaroid instant cameras have a boxy charm about them, the Go feels a little more modern and refined. 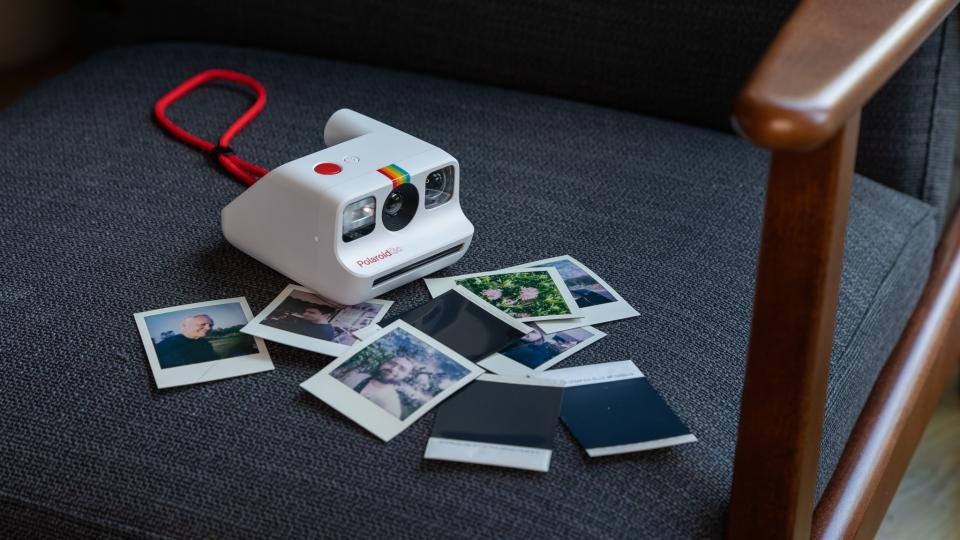 As you might imagine, its small size makes it pocketable and highly portable, but it still feels nicely balanced. It also manages to pack an impressive list of features, carrying over the self timer, double exposure, manual flash control and even the large viewfinder from its larger siblings.

I’m also a big fan of how the Go uses a reflective coating in lieu of a physical selfie mirror. It’s a small touch but I think it works well and makes framing selfies or group shots with friends a breeze.

Overall, the camera is incredibly simple to use: you just need to drop in a film pack, point and shoot. This means that just about anybody can pick it up and start churning out prints. During my testing I found the built-in meter to be reasonably consistent, producing decently exposed images both indoors and out. The camera’s flash worked well, too – although I’m still glad of the manual override option. 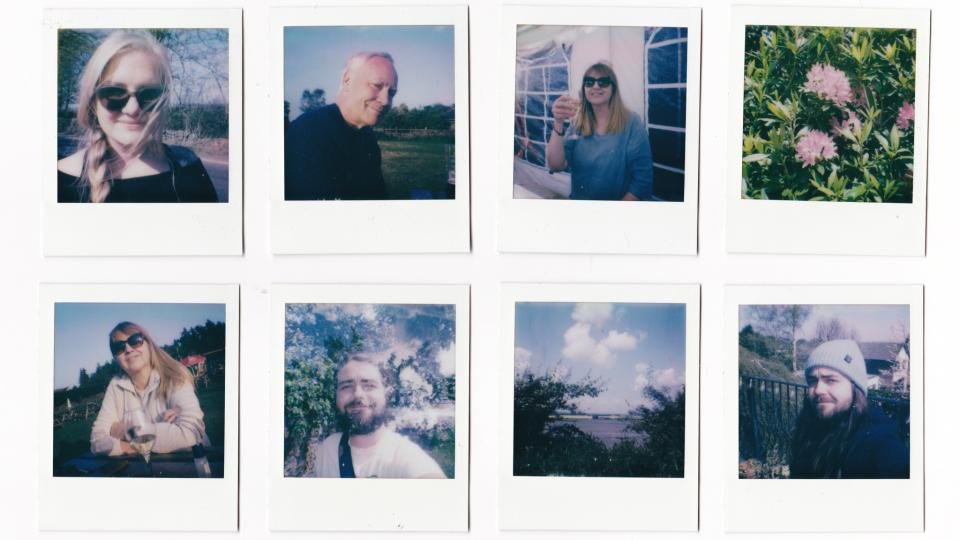 The prints themselves are colourful and detailed. The colours aren’t particularly entirely true to life – most of my test shots had more of a cool purple tint – but there’s something about them that offers up some real nostalgic charm.

Polaroid Go review: How could it be better?

Although the camera is easy to get up and running, it relies on a single multifunction button to toggle the flash, self timer and double exposure mode, which can be a little confusing at first. And although the built-in meter is pretty reliable, some may find the lack of exposure compensation limiting. 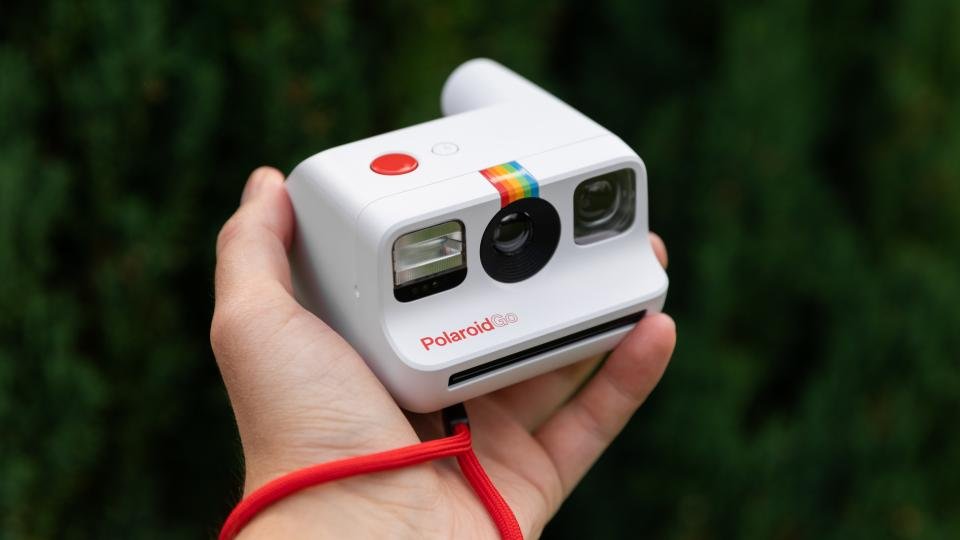 There’s also no getting around the fact that while the Go’s film is cheaper than Polaroid’s traditional i-Type and 600 film stocks, it’s still very expensive. Based on current pricing, Polaroid Go snaps cost roughly £1.13 per print. For comparison, rival Fujifilm’s larger Instax Mini and Instax Square prints come in at around 70p and 80p per print respectively. Polaroid Go film also takes significantly longer to develop, at around 15 minutes compared to two minutes for the Instax cameras.

Polaroid Go review: Should you buy it?

The Polaroid Go packs a well-rounded set of features into an attractive, pocketable, retro-styled camera that’s incredibly fun to use. The prints, although small, pack heaps of character and there’s just something about those iconic white-bordered frames that never goes out of style.

The only thing to watch out for is the price of the film. At £110 the camera sits within impulse purchase territory, but the ongoing film costs add up quickly. Fujifilm’s rival Instax Mini and Instax Square options comfortably offer better per-shot value, but if you want the genuine article, the Go is the most attainable Polaroid yet.