Canonical just released Ubuntu Linux 22.04 last week, with a slew of new features and an extended support period of five years. Pop!_OS, one of the more popular desktop Linux distributions based on Ubuntu, has now released an update with the new Ubuntu version as the foundation.

Pop!_OS is based on Ubuntu and uses many of Ubuntu’s packages and default applications, but with a customized version of the Gnome desktop environment that System76 calls ‘Cosmic’. There are a few other changes too, like built-in drivers for Nvidia graphics cards (if you install using the Nvidia PC installer) and a custom app store. 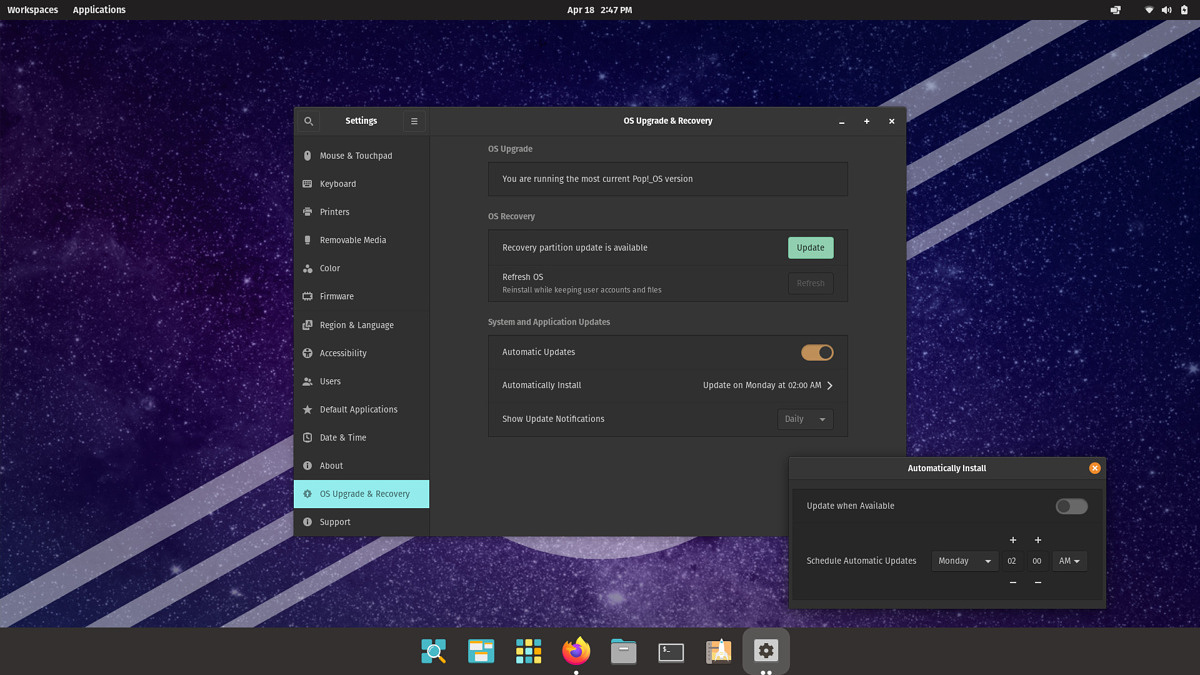 The new release improves the experience for automatic updates, which can now be optionally scheduled for a certain day and time. The automatic updates work for Debian, Flatpak, and Nix packages, so the settings panel is a one-stop shop for managing how most applications and system components are updated. However, automatic updates are still turned off by default.

System76 added a new Support panel in the Settings app, which has quick links to documentation articles, the community support chat, professional support (for people who have purchased System76 computers), and log files. The revamped Pop!_Shop app store is available, with a more responsive interface, progress bars on Update and Install buttons, and a new ‘Recently Updated’ home page section that highlights applications that just published new updates.

The general desktop experience has been updated with improved multi-monitor support, more HiDPI optimizations, and faster performance. System76 also switched the audio system to PipeWire, instead of the older PulseAudio system used by Ubuntu and many other Linux systems. The changeover shouldn’t break any software, but your mileage may vary.