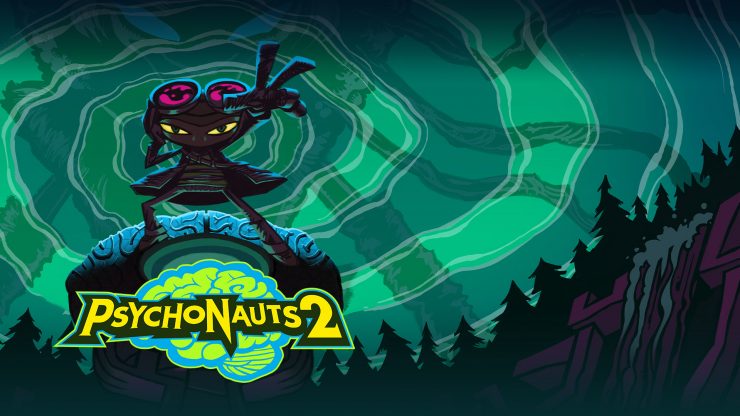 There’s an aspect of the spy genre that only exists in contemporary audiences through parody and homage. It’s wacky and off-kilter, filled with curved plastic, and hard to define outside of its aesthetic because that is what most of the caricatures focus on. The Incredibles was perhaps the first introduction of this retro-futuristic style for many, but Psychonauts launched just a year later, and a cult following appeared in its wake. It’s been sixteen years now and, at long last, we finally have the sequel.

The first game introduced the world through Raz, a young circus runaway learning about the psychic secret agency in a strange little summer camp filled with mystery and mental health disorders. Psychonauts 2 leaves the campgrounds and takes the players and newly interned Raz on a whirlwind tour of secret agent missions, delving into the recesses of the agents and their adversaries.

The sequel effortlessly maintains the Tim Burton-esque quality of the art design, with strange, gangly yet lovable characters depicted with bizarre colorings and bonkers fashion. Every character looks vaguely like a nightmare or warped memory of someone else, yet you’ll love them all the same. The rest of the world encompasses that strange spy aesthetic that references something you probably don’t know. It fits perfectly with the character design and narrative, with strange sci-fi contraptions and a very deliberate lack of straight lines. It’s absolutely fantastic to explore, and that is before you get into the brain diving that mains up at least half of the adventure.

Psychonauts, for the uninitiated, is a 3D puzzle platformer that revolves around a group of psychic secret agents that have the power to infiltrate the minds of others (and each other) to investigate, interrogate, and somewhat worryingly attempt to rehabilitate. While inside the mind, you are subject to dream logic and surrealist, absurdist vistas. These levels break all the rules and are so much fun to explore. An early example is a dentist: when you enter his thoughts, you find yourself inside an office in his giant mouth as it gets examined by another form of him. You’re constantly spit out into the sink but always seem to end up back in his mouth. It’s impossible and brain-bending and yet exactly how you might expect dream exploration to go. Unlike Inception, which desperately holds on to its cool heist thriller motif, Psychonauts 2 quickly changes things up with meeting tables that transform into tongues and doors that appear as lips and teeth. 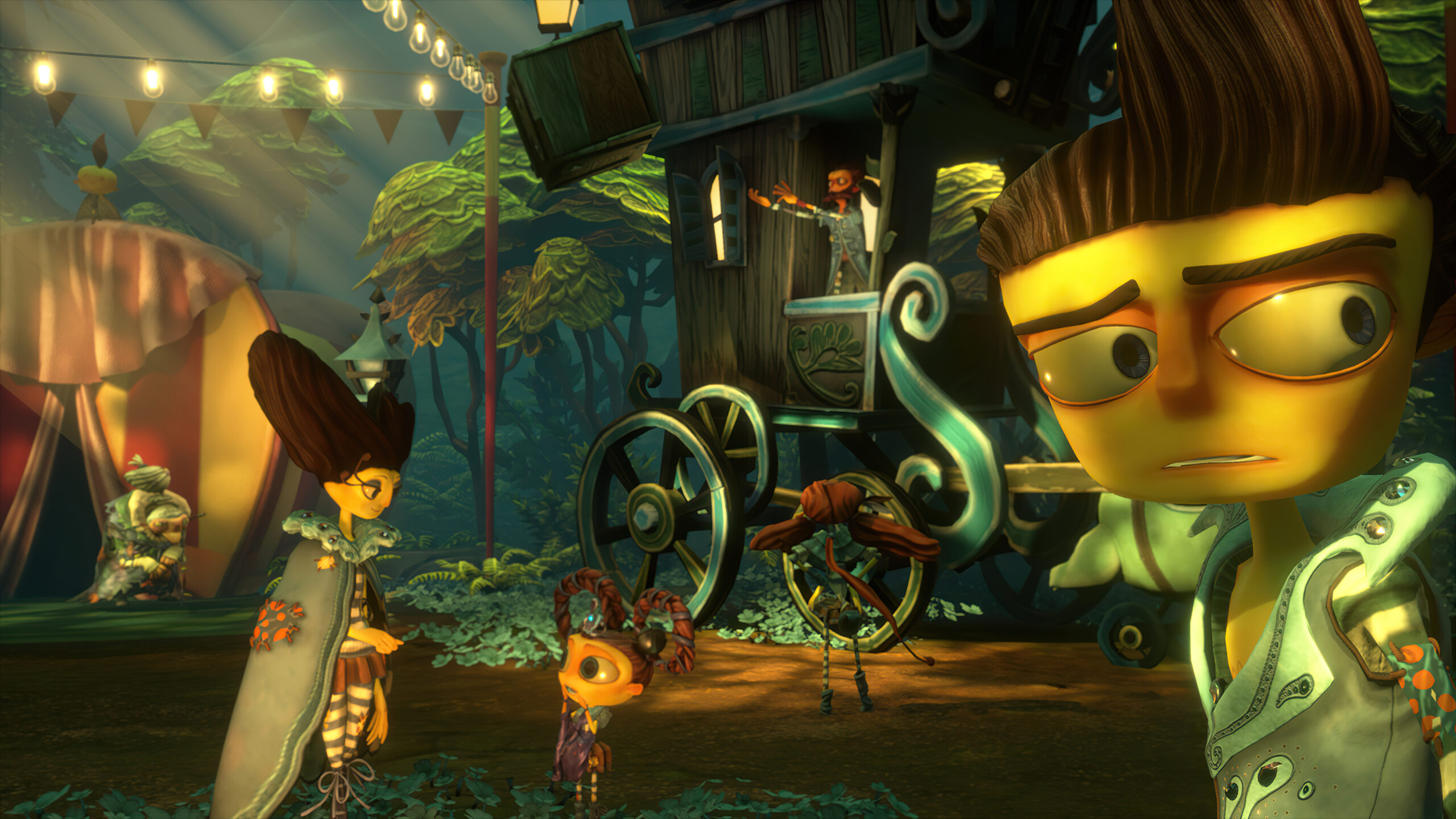 This weird dreamlike design exists beyond the art direction too. Levels are often circular or repetitive on paper. You’ll often find yourself looping back for one reason or another, but the start is never the same. Rooms change as you explore and return, often becoming less fixed and real and forcing you to utilize the varied skills of a Psychonaut.

While running, double jumping and climbing are the staples of any game platformer, there are plenty of other psychic abilities for young Raz to get to grips with in Psychonauts 2. Most of these powers are also introduced earlier on, having been unlocked and discovered in the original outing. This can be a little overwhelming for new players, but the game is not too demanding and gives you ample opportunity to make mistakes and experiment. You’ll also be discovering dozens of different collectibles as you explore the inner workings of your enemies and colleagues. There are so many different types that it can be a little confusing to know what you’re picking up and what you’re meant to leave behind, some of which are impossible to reach until you return with new or improved abilities.

There is also combat that asks you to retool your traversal skills into weapons. Each arena is frantic, asking you to keep moving between tabs and psy-blasts. Getting caught out by some of the bruisers that appear in other people’s minds can be pretty damaging, though you’ll also have plenty of health if you spend a little time respawning.

Most adventures of the mind end with some huge and surreal boss encounter. These are the pinnacle of the game’s captivating and strange art design featuring towering figures that embody the character’s ambitions, ego, or fears. And they often look perfect for their purpose. Because most of the levels leading to their battle are through the person’s mind, you get a sense of the character long before you meet their grand evil boss. The designers know this too and often give you a fun cutscene to introduce the figure as you recoil in disgust but nod with understanding. The fights themselves are still fairly simple but require you to find the weak spot amongst the illogical design.

Some of the puzzles you’ll encounter can be a little harder to interpret, though. Often, Psychonauts 2 can set you a task and leave you to work out how to accomplish it. These are often easy and linear enough to be tackled head-on, but sometimes you can be left wondering just what to do. One early example has you searching for bacon. If you’ve been using the clairvoyance ability, you might have found someone with bacon on the brain and seek him out only to discover he isn’t the solution. Instead, you have to just go and ask the cafeteria. Another asks you to find a spare brain for a postal worker but doesn’t remotely tell you where you should start looking. It can feel a bit like an adventure game in this regard, but thankfully, you’ll normally have a few side missions you can focus on that lead you in the right direction more often than not. Once you unlock the quarry, you’ll find loads of places to explore and distract yourself from any objective you’re struggling to comprehend. 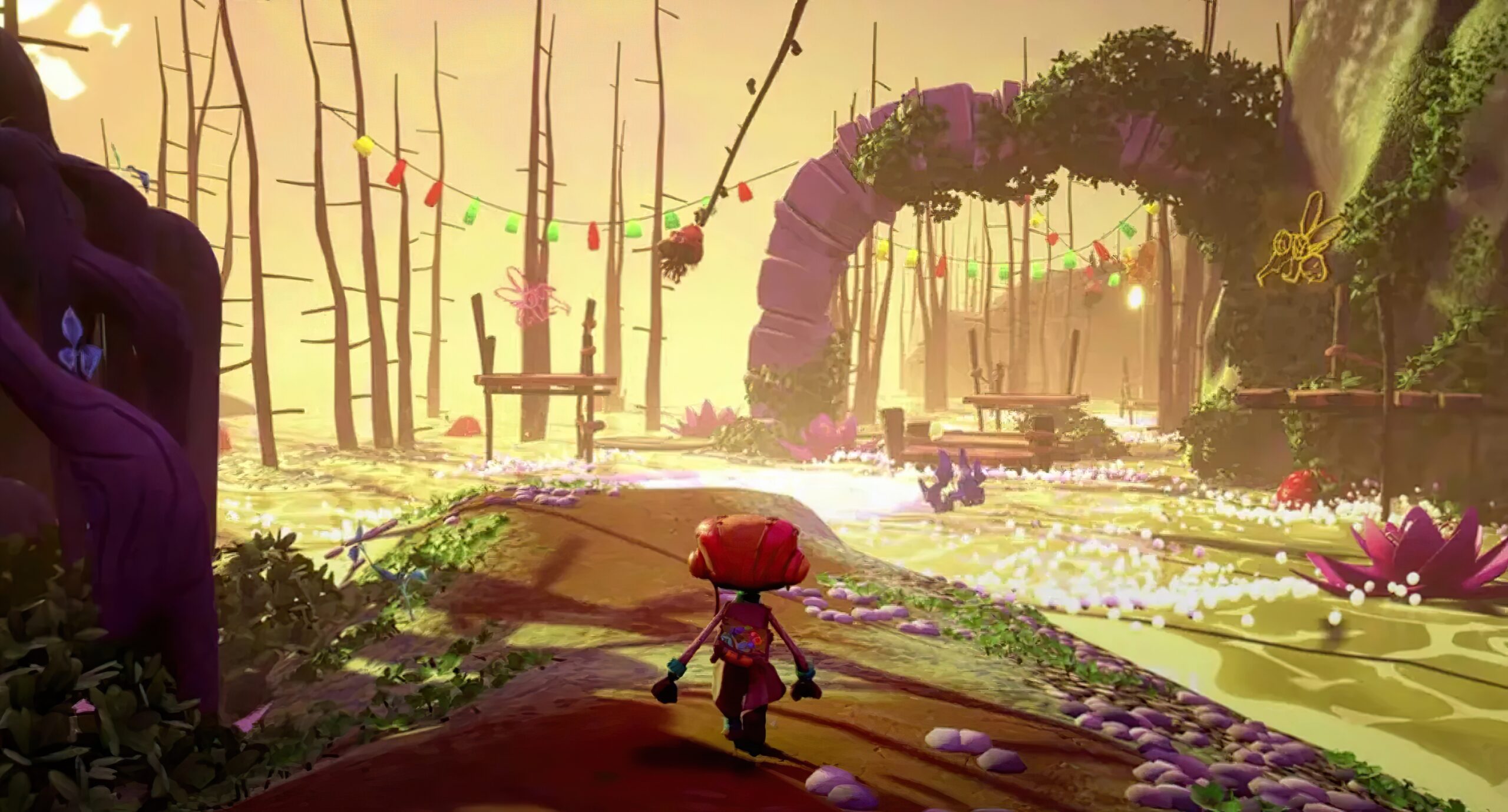 The story of Psychonauts 2 is equally as strange and engaging as the game’s art style. You’re brought into a conspiracy of international psychic espionage where you must find a mole with the Psychonauts themselves as well as prevent a secret society from raising their wicked leader from the dead.

It lets you explore some really imaginative locations – and minds – all of which feel authentically spy genre with their own truly weird twist. The characters are all interesting and there is a surprising amount of dialogue and discussion between Raz and the other Psychonauts. While the heart of the game will you be running through gravity-defying mindscapes, the characters you’ll meet and chat with face to face are still interesting, varied, and comic.

Psychonauts 2 is a comedy game at its heart. It doesn’t take itself or the genre too seriously, which lets it do some incredible things. The platforming is top-notch, the story is witty, silly, and fascinating, and an adventure as bizarre as the name suggests. Since its release, there has been a cult surrounding the first Psychonauts, and it deserved that praise. The sequel builds on it, making it as fun as fans expected and as strange as newcomers hoped for. Psychonauts 2 delivers on an impossible promise with unfalteringly high quality and inspirational weirdness throughout.

Reviewed on PC (code provided by the publisher).