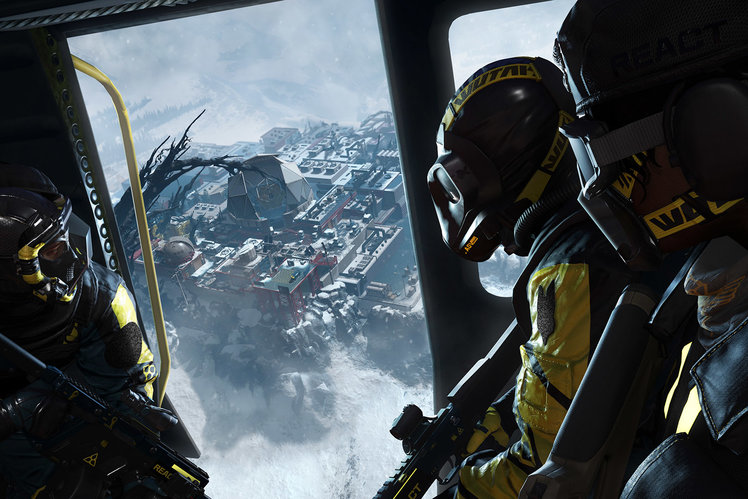 Reinventing a franchise takes some work, but Rainbow Six is already a far cry (ahem) from the days of Vegas and Black Arrow, mostly thanks to the superb success of slow-burner Siege, its tactical online shooter that has proven itself as a mainstay in the competitive scene.

That game’s quick kills and slow pace has now spawned another twist on the format in the form of Extraction, a three-player co-op shooter that tasks players with taking down not terrorists, not criminals, but aliens. Oh yes. It therefore offers a refreshing twist for Siege veterans, although total newcomers might not find it quite as welcoming.

There’s a surprising amount of story to be found in Extraction for those who want it, but it’s mercifully quick with its introductions at the game’s opening, grounding you rapidly in the fact that the world has been invaded by goopy aliens called Archaeans.

The aliens infect locations and cover them with blankets of sticky black matter, kidnapping and murdering VIPs along the way, and humanity needs to both know more about them and start to fight back. Enter a motley crew of operators that will be familiar to Siege players.

Unlike that semi-realistic shooter, we’re in full science fiction territory in Extraction, with a multinational task force issuing three-person (or solo) missions into infected areas to research, tag and combat the Archaeans. You get a range of characters to choose from for each mission, with their own powers and, like in Siege, varying levels of speed and armour protection.

From there, as you progress through various checklists of missions and tasks, you’ll get clues as to more detailed explanations for the Archaeans, but it really feels fairly optional. For those who want to understand the lore of a game like this, the option’s there, but most players won’t feel too encumbered by it.

The real meat of Extraction comes in the form of multi-part missions that drop you into a map divided into three zones. You and a team of two other players have an objective to check off in each part, from a roster of possible options that you’ll get more familiar with over time.

You might have to stealthily melee kill a specific Archaean, or attach trackers to a certain number of the alien’s bulbous nests; or you might need to find and escort a VIP hostage to an extraction zone. This lends your runs some variety, albeit there isn’t a limitless amount of scope. 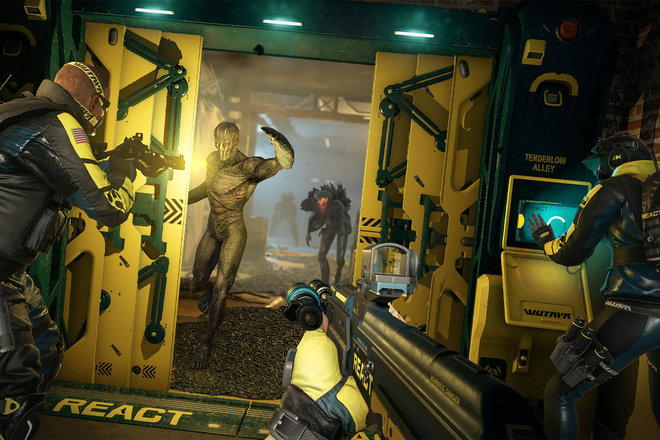 Each successive section of a mission offers a higher level of threat, though, with more enemies that pack harder punches, and you have to weigh up the risk and reward of pushing through each checkpoint. You could opt to extract from the zone yourself early, if you’re low on health or one of your squad has been eliminated, for example.

In the event that you’re the one to die, and your squad don’t have a way to revive you then and there, your operator will be considered MIA, and you’ll have to re-enter that same level at some point to free them from an Archaean Tree – its own special objective that can be tricky to complete.

The core risk-reward gamble that Extraction gets you to make is well considered, plus you have plenty of freedom to kit your operators out how you like. Just as in Siege, though, each has a certain pool of weapons to choose from, so you’ll learn to use more loadouts as you branch out. 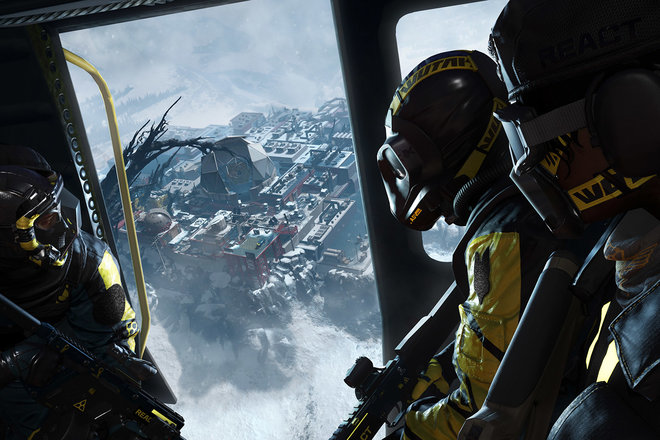 Each can be levelled up and there’s clearly a long road ahead in Ubisoft’s mind when it comes to cosmetic unlocks and presumably new operators. There’s already a large pool to choose from in Siege. Each operator has a distinct ability – from a sledgehammer to bash through certain surfaces to a heartbeat sensor, radar pulse, and more – to tackle the game’s conundrums in different ways.

There are plenty of squad shooters out there, and while Archaeans aren’t zombies, the similarities to something like Left 4 Dead (or the more recent Back 4 Blood) are obvious. What makes Extraction unique, however, is its slower and more tactical pace – even the fastest characters you control move slowly. 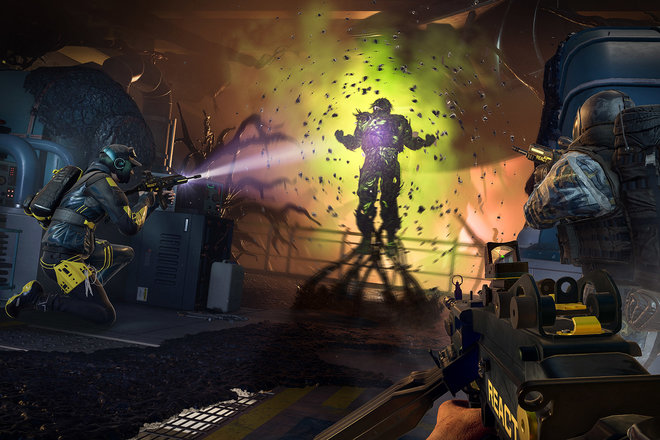 The shooting is weighty and precise just like in Siege, with most enemies vulnerable to instant kills if you take your time. You’re encouraged to stay stealthy and careful for as long as possible, in each area, and some objectives even make it a real requirement.

This means that things have a tense feel, quite close to something like SWAT 4 in the good old days, at least until things kick-off and you have to get into a more frantic mode of fighting. This is where things can sometimes break down a little, though, with your movement and the weightiness of both weapons and the game’s physics making you feel fairly clumsy.

While those coming across from Siege will feel right at home, newcomers are likely to find adjusting a little harder – it’s this sort of taste-dependent note that makes the game’s inclusion on Xbox Game Pass welcome for those on Microsoft’s side of the divide.

Extraction does look and sound a lot like Siege, unsurprisingly, which has both upsides and downsides. On PS5 it plays smoothly and looks crisp, plus you get the benefit of pinpoint sound accuracy that makes it easy to hear aliens around you and to keep track of your squad’s movements. 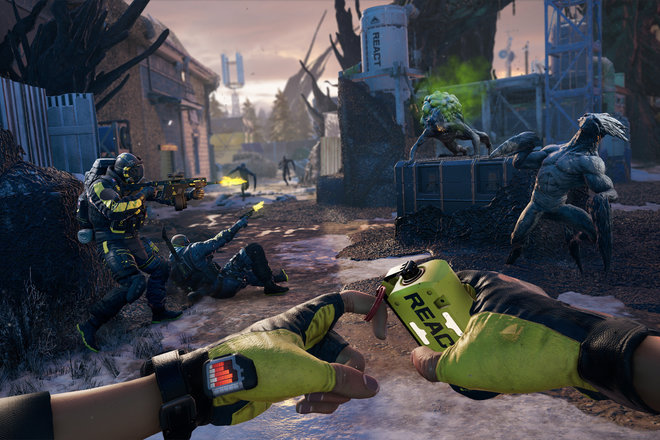 When you get a good squad together and play in a cohesive way (whether that’s rough-and-ready or slower and more methodically), Extraction can capture some of that teamplay magic that makes a good co-op game sing, and it has a tidy enough progression system to keep you invested.

That said, there’s a certain spark that’s just lacking with it, one that’s hard to put your finger on, but the fundamental base of Siege’s slow movement might be a critical factor. We often wanted to just move a bit faster and be able to shoot just that bit more reliably, for all that the design ethos here is clearly deliberate.