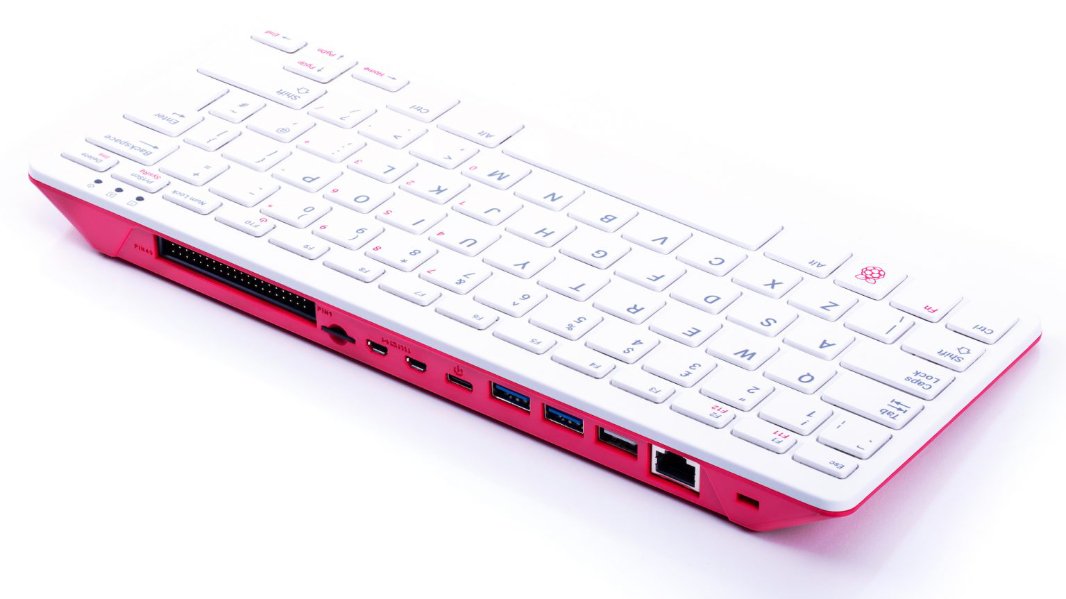 Taking a design cue from the Commodore and Amiga computers of the 1980s and 1990s, Raspberry Pi today announced a $70 PC in a keyboard form factor.

“Raspberry Pi has always been a PC company,” Raspberry Pi founder and CEO Eben Upton writes in the announcement post. “Inspired by the home computers of the 1980s, our mission is to put affordable, high-performance, programmable computers into the hands of people all over the world. And inspired by these classic PCs, here is Raspberry Pi 400: a complete personal computer, built into a compact keyboard.”

Aside from its cute all-in-one form factor, the Raspberry Pi 400 is also the most powerful computer that the firm has ever shipped: It features a faster and cooler version of the Raspberry Pi 4 mini-computer board that shipped back in May, with 4 GB of RAM, integrated into a compact keyboard design.