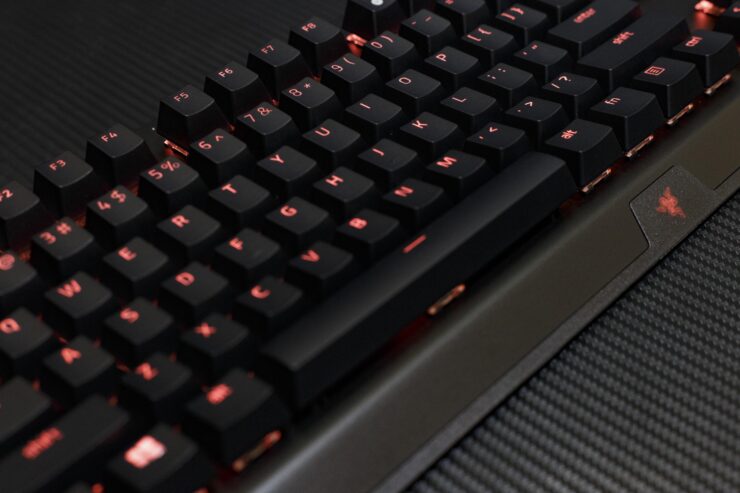 Today we will be looking at one of the most promising offerings from Razer’s esports “PRO” lineup: the BlackWidow V3 PRO wireless mechanical keyboard. We have tried out a ton of wireless keyboards, and almost every product has a trade-off of some kind: either the form factor is not full size, or there is no RGB or the key profile is lowered, or they aren’t mechanical at all, to begin with. Razer’s BlackWidow V3 PRO is a keyboard which appears to have been made with the professional gamer in mind, makes exactly zero compromises, and just happens to be wireless.

When we first got our review sample, almost none of us would have seriously considered getting a wireless keyboard to replace our daily driver mechanicals – until now.

The BlackWidow v3 PRO is, for all intents and purposes, a standard mechanical keyboard with the full set of bells and whistles that one would expect. The keys are Doubleshot ABS plastic that are resistant to wear, and unlike most wireless keyboards that skimp on RGB to save battery life – it has the full set of RGB features (including an illuminated logo!). What’s more, the keys are also full-sized, so there would be little to no learning curve when transitioning to this keyboard from a standard mechanical (which isn’t something you can say for most low-profile wireless keyboards). 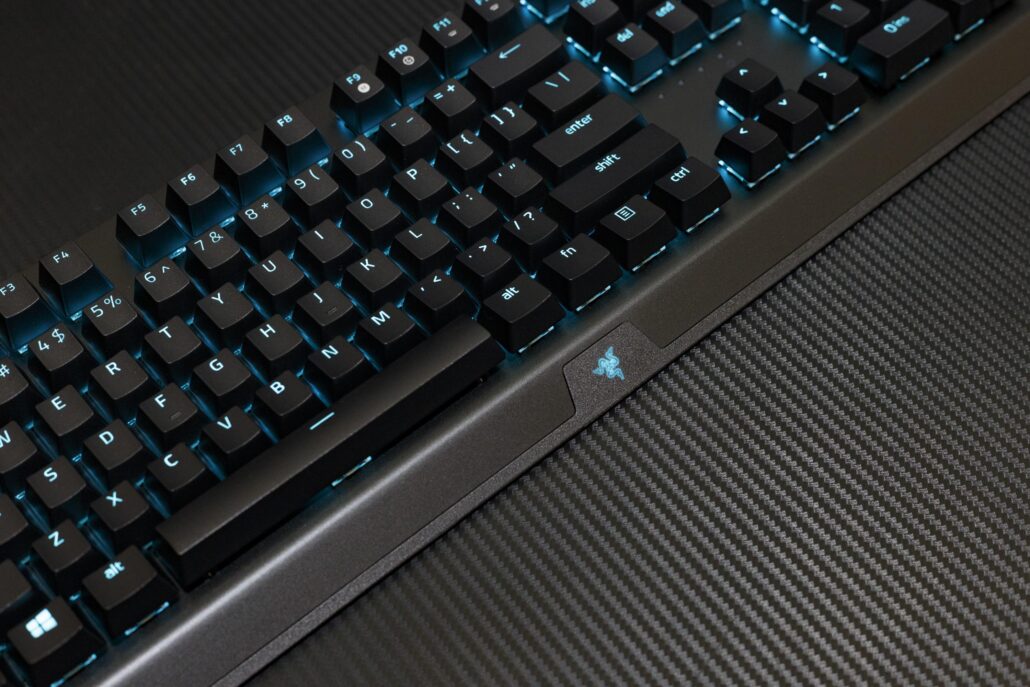 The company has even included the typical wrist pad – although it does not attach to the keyboard like most of their other lineup. The BlackWidow V3 keyboard can be had in two major options: Green or Yellow switches. The Green switches are the ones that gamers would mostly be used to (tactile and clicky), while the Yellow ones are for people who want a linear feel, with no click and smaller travel distance. Our sample was the standard Razer Green switch, and writing on the keyboard was no different from any other full-fledged mechanical keyboard.

Razer’s BlackWidow V3 PRO also features Razer’s Hyperspeed wireless technology, which is the fastest in the industry right now (although by a tiny margin). This means that there is virtually no difference between wired and wireless mode (its 1/5th of a millisecond – which is a difference no human can conceivably experience, let alone use).

Unboxing and our experience

The Razer BlackWidow V3 PRO comes in the same packaging as the rest of their lineup – complete with a letter from the CEO, some stickers, and the warranty book and information. The company has also included a wire in case you want to use it in wired mode (or, you know, to charge it).

The key construction is of a very high quality, and the space bar is properly weighted as well. We used this keyboard for almost a week and the lack of wiring on the table significantly sleeks up the look of your workplace. Know how Apple wireless keyboards give off a futuristic vibe? A wireless mechanical is much the same.

While wireless is the preferred mode of operation, you will need to plug it in once a week or so if you are using it heavily and RGB is on. If you turn off RGB, it will last for at least twice as long. 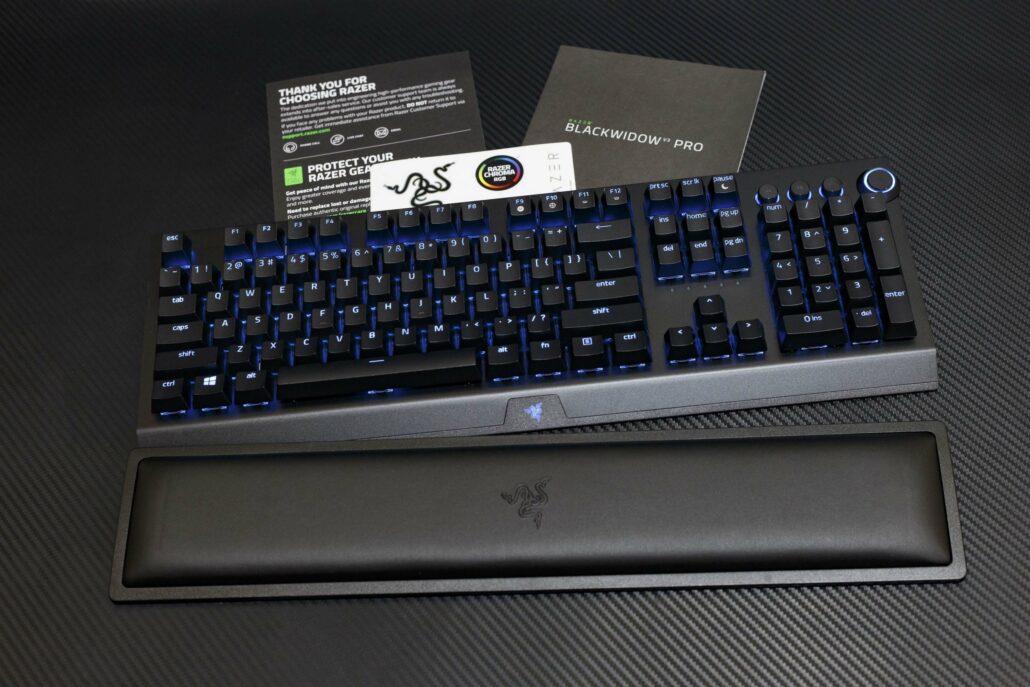 This is a full size keyboard with the complete numpad so productivity is at a maximum. Media keys are also included with the keyboard (although this is one area where we feel Razer could have done better) and along with them – a full sized volume control knob.

All that said, a gaming keyboard is only as good as its input lag. The Razer BlackWidow V3 PRO blows away most wireless keyboards we have tested. It is clear that by shifting to this wireless keyboard, a gamer is going to make zero compromises when it comes to speed and input lag.

Razer’s hyperspeed tech is actually the fastest wireless connectivity around on the planet for gaming mice with an input delay of just 195 microseconds (that is 5 times faster than 1 MS). 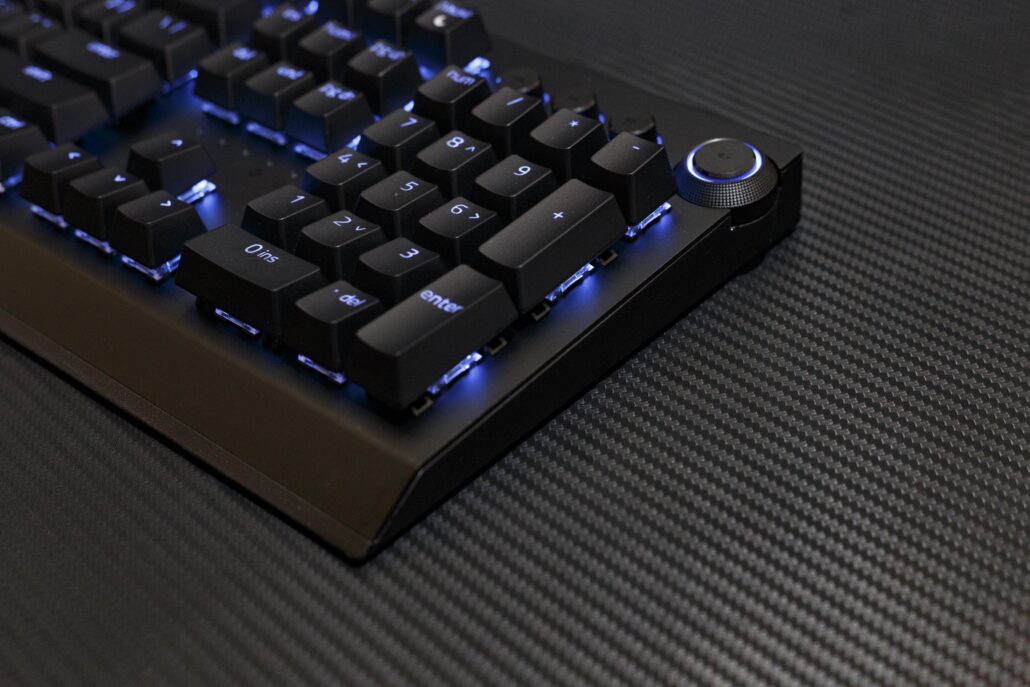 If we were nitpicking, we would have the following bones to pick with Razer. The keyboard is a bit on the light side in terms of weight. Gamers and consumers in this category usually prefer their keyboard to be a bit on the heavier side – since it is thought to be synonymous with quality. We understand that in order for a wireless keyboard to be portable, it needs to be light, but here – the target audience is very different from the home-theater-media-pc users.

This is something that might give off the illusion of low quality – even though this is objectively not the case. Adding weight to this keyboard would be trivial for Razer and making it as heavy as its standard wired line would go a long way in improving customer experience in our opinion. The same goes for the wrist pad – which is too light and may move around a bit while using.

The company is backing this keyboard with a 2 year warranty – which is the standard period for a full-fledged mechanical keyboard. Because of all these reasons, we have no qualms giving this not-so-little keyboard that could, our editor’s choice award.