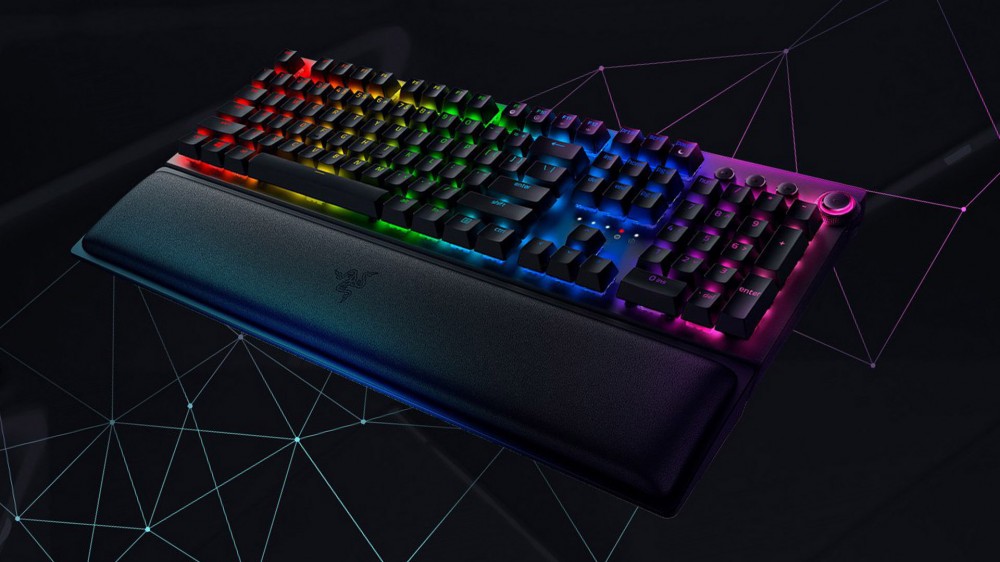 In ages past, PC gamers shunned wireless connections, fearing the blight of spotty performance and input lag. But the new day is dawned, and now you can find wireless gaming inputs so fast that it’s straight-up impossible for humans to tell the difference between wired and wireless. So it’s about time that Razer’s BlackWidow came with a cable-free option.

Technically the BlackWidow V3 Pro isn’t Razer’s first wireless keyboard, but it’s certainly the first that’s meant for a gaming PC, since the original Turret and Turret for Xbox One were moue-keyboard combos meant for gaming on the couch. The new BlackWidow is all-desktop, all the time, with a full-width 10-key area and a dedicated dial with media keys. The tweaked body is full aluminum with an included “leatherette” wrist rest.

The box comes with a USB-A dongle that connects via Razer’s proprietary Hyperspeed wireless, which the company claims is 25% faster than any competitor’s option, with less than 200 millionths of a second between the keyboard registering input and the dongle send it to your computer. The BlackWidow V3 Pro can also connect over standard Bluetooth or USB-C, with on-the-fly switching between up to three devices.

Naturally the keyboard can be programmed with Razer’s Synapse software, which also handles the RGB lighting. Oddly, there’s no mention of battery life. The keyboard is going for a hefty price of $230, offered with Razer’s green (clicky) or yellow (linear, “silent”) switches. If you want high-quality PBT keycaps with your very expensive keyboard, you’ll have tobuy them separately for $30.