Android 11 is coming to more and more phones every day. 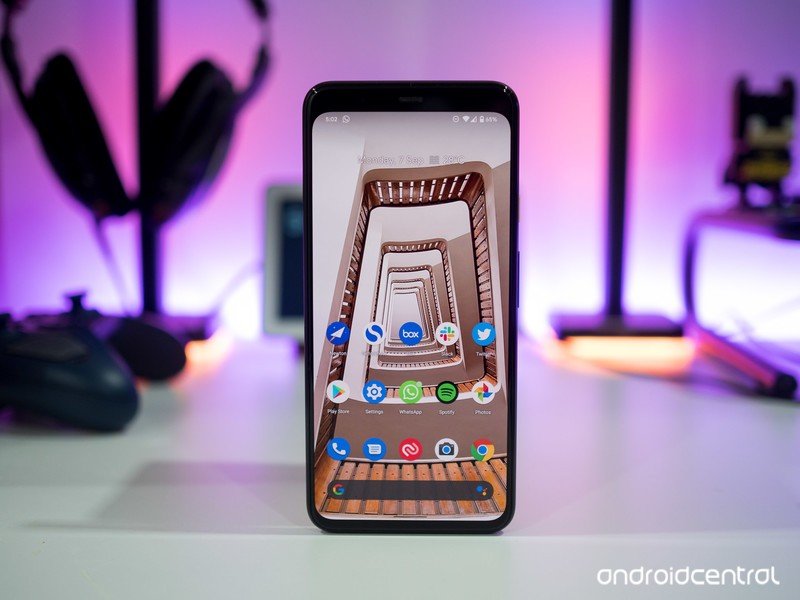 The stable version of Android 11 was released a few months ago, and while it isn’t the most revolutionary update we’ve ever seen, there are plenty of reasons to get excited about it. Whether you’re looking forward to the new conversation notifications, chat bubbles for messaging apps, or the upgraded permission handling, it may be a while before you can actually start messing around with all of these software goodies.

The update is available for the Pixels and select OnePlus phones, while the Galaxy S20 and Note 20 lineups have also received their One UI 3.0 update, which is based on Android 11. We’ve rounded up all of the current info to help give you a better idea of when Android 11 will arrive on your device.

The timelines change based on manufacturer and region, but the list below should give you a broad overview of when to expect the Android 11 update on your phone.

When will my Google Pixel phone get Android 11? 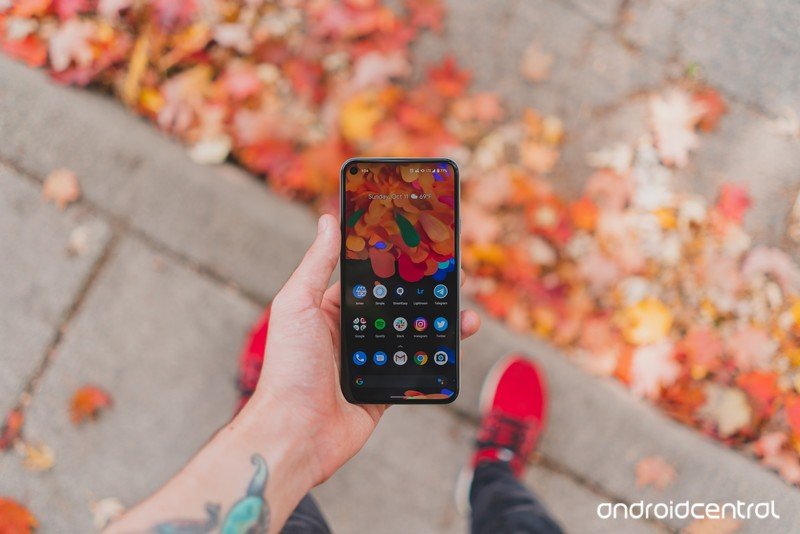 The phrase “fast Android updates” is usually an oxymoron, but Google’s lineup of Pixel phones is the exception to that rule. Whenever a new update or security patch is released, Pixels are the first in line for that software, making this one of the biggest benefits of owning a Pixel.

The Android 11 stable update is now available to download on all Pixels starting with the Pixel 2 series. Here’s the full list:

When will my Samsung phone get Android 11? 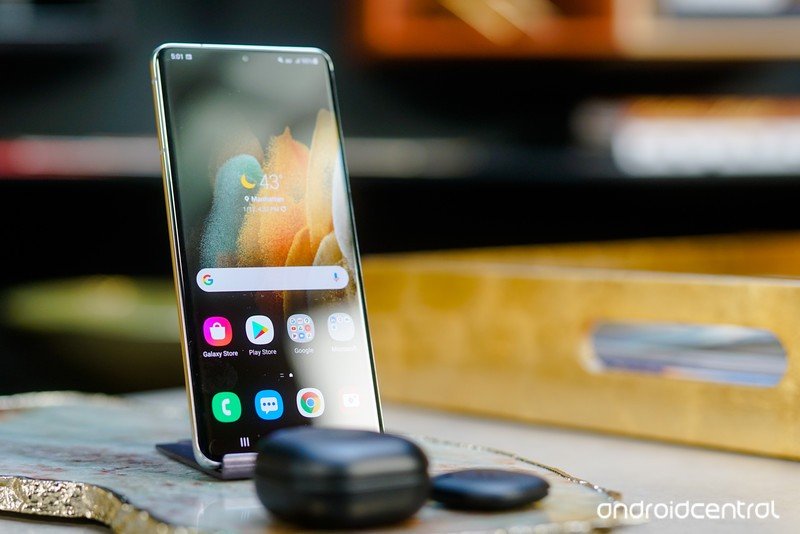 Samsung used to be one of those manufacturers that you couldn’t rely on for good software support. But within the last year, it’s improved significantly. Samsung announced that it’s now committed to three years of major OS updates for all of its flagship phones, starting with the Galaxy S10 series.

The company has been on a tear lately, releasing the final version of One UI 3.0 (based on Android 11) to the likes of the Galaxy S20, Note 20, and even the Galaxy Z Flip 5G. A few other devices are seeing the update as well, which weren’t expected as soon as they arrived.

We can look forward to all of the following phones to get an Android 11 update:

The Galaxy S9 series should run Android 11, but Samsung revealed its roadmap for which devices would see the update. Sadly, the S9 was not on the list. However, the company did commit to bringing security updates to these devices for at least the next year.

As for the speed at which Samsung will roll out Android 11 to its phones, we’re anticipating the update to drop within a few months of the initial launch. Google introduced Android 10 on September 3, 2019. The Galaxy S10 and Galaxy S9 got the update in December and January. Samsung has followed the same trajectory with Android 11 for its enormous smartphone lineup, with many devices being updated in late December 2020 or throughout January and into February 2021.

When will my OnePlus phone get Android 11? 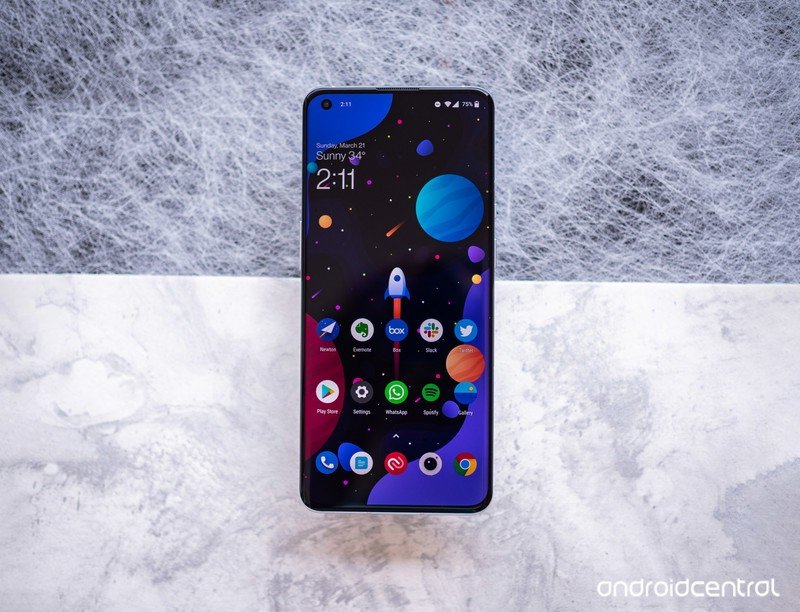 What started as a small enthusiast brand transformed into a mainstream player in the U.S. smartphone space. OnePlus kicks out some of the best Android phones, and thankfully, it’s quite good for updating them to new software builds.

OnePlus is rolling out the Android 11 stable update to the OnePlus 8 and OnePlus 8 Pro. There’s a new visual layout in OxygenOS 11, along with a host of exciting features.

Here are the OnePlus devices that will make the switch to Android 11:

With the OnePlus 9 and OnePlus 9 Pro making their arrival, that adds a couple of more devices that are running Android 11. Plus, both of those devices will see the update to Android 12 and at least Android 13. Which is more than we can say about the OnePlus Nord N10 5G and Nord N100 which are slated for only one major Android release. Meanwhile, those are still running Android 10, and the company has not given any indication as to when Android 11 will come to the budget-friendly handsets.

OnePlus 6 and OnePlus 6T owners who have been waiting patiently for the arrival of Android 11 will have to keep waiting a little bit longer. The company has confirmed that the Android 11 update won’t be arriving until after releasing Android 12, which is currently slated to launch this fall.

When will my Xiaomi phone get Android 11? 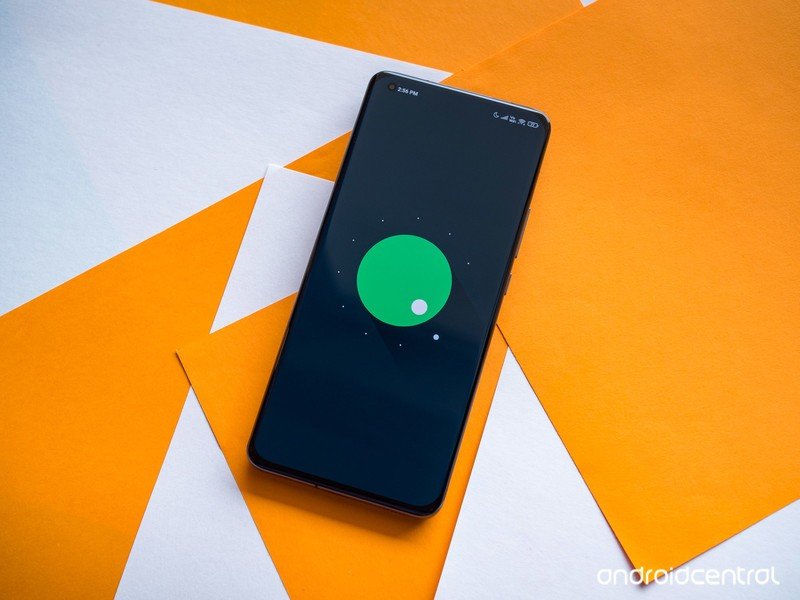 Xiaomi is one of the world’s largest phone manufacturers, and the brand has turned its attention to Western markets in the last two years. Xiaomi sells phones from $100 all the way to $1,200, and it has made a name for itself as the go-to player for value.

The company has already pushed the Android 11 update live for Xiaomi Mi 10 and has turned its focus onto the Mi 10T and Mi 10T Pro. A new beta program has opened for these devices, as Xiaomi continues to bring the latest version of Android to its vast lineup of smartphones.

Based on a post that showed up on Xiaomi’s MIUI community forums, the Android 11 update will be going out to 30 models across Xiaomi, POCO, and Redmi product lines. Undoubtedly, there will be more phones added to the list. For now, these are the Xiaomi phones expected to update to Android 11:

When will my OPPO phone get Android 11? 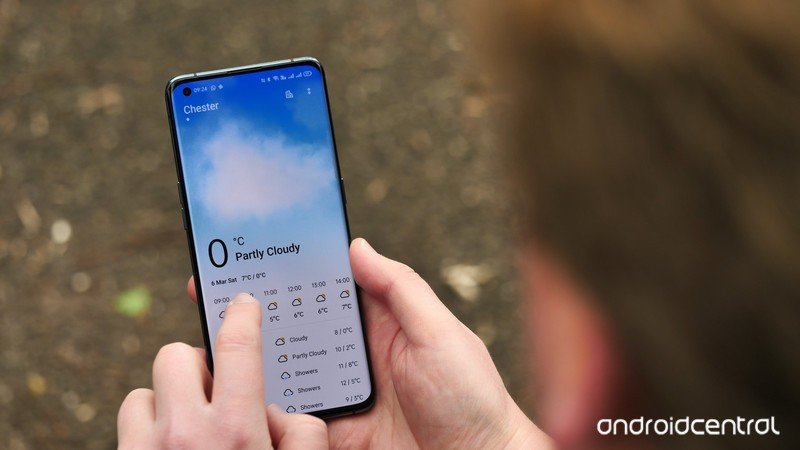 OPPO is also turning its attention to Western markets. The Chinese manufacturer made a lot of changes to its ColorOS interface over the last 12 months, making it more palatable to a global audience.

After introducing the ColorOS 11 based on Android 11 in closed beta for the Find X2 series, the company has finally started rolling out the stable update to owners of the device.

We have a tentative timeline for when OPPO phones will get the ColorOS 11 beta based on Android 11. These are the OPPO devices that have already received the update to ColorOS 11:

Note that these are the expected timelines for the beta builds and not the stable update:

When will my Realme phone get Android 11? 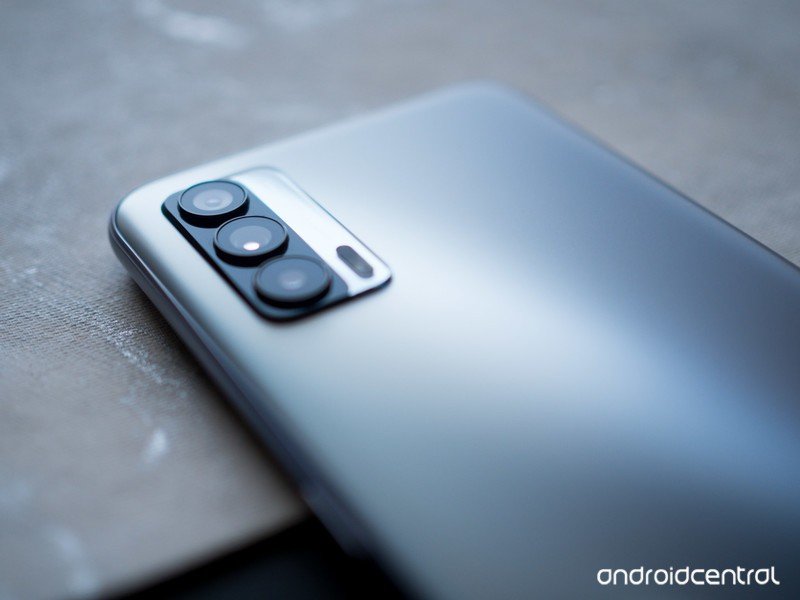 Realme is also doing a closed Android 11 beta based on Realme UI 2.0 for the X50 Pro. Realme UI 2.0 comes with a host of new features, but at this moment, there’s no indication of when the stable build will be made available.

We don’t know how many Realme phones are scheduled to update to Android 11, but most devices released in the last 18 months should qualify for the update. Here’s the list:

When will my Huawei phone get Android 11? 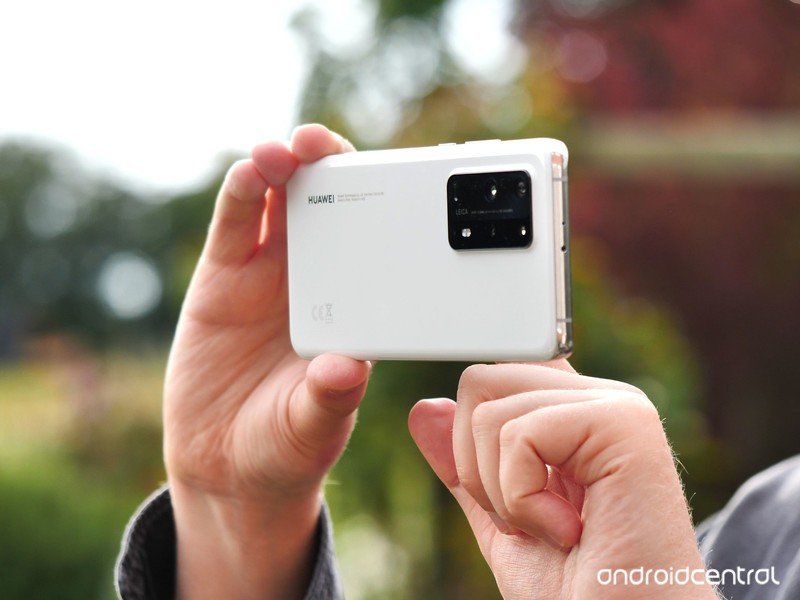 Although Huawei phones aren’t very common/popular in the United States, the manufacturer gets a lot of attention in other parts of the world.

Huawei’s Android 11 update will take the form of EMUI 11, and the company has finally shared its roadmap for what devices will receive this update. The list is surprisingly long, with even some tablets getting in on the Android 11 action.

There are a lot of Huawei phones we expect to get Android 11/EMUI 11, including:

You’ll likely have to wait a few months for those updates to be pushed out. The Huawei P30 and P30 Pro received Android 10 in mid-November, shortly followed by the Mate 20 series.

When will my Motorola phone get Android 11? 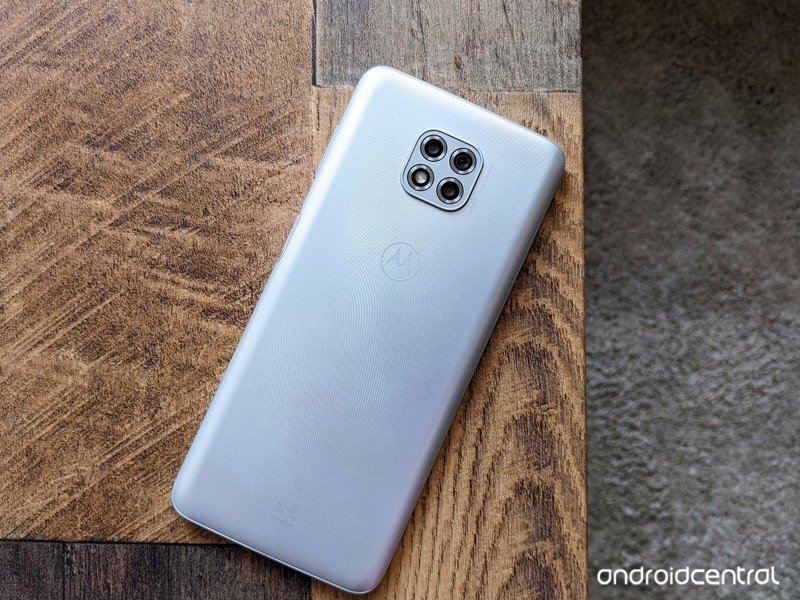 The past year was an exciting one for Motorola. The company is still churning out high-quality budget devices, and alongside those, we see Moto’s return to the flagship space. However, it’s still straggling behind in an area that’s been a pain point for years — software updates.

After staying mum for a little while, Motorola finally revealed which of its latest devices will be receiving an update to Android 11, and the list is as follows:

That’s a solid list at first glance, but it comes with a big caveat. For every phone but the Edge+ and RAZR, Android 11 is the one and only software update they’ll receive. There’s also the fact that Motorola took its time with the Android 10 update, with the platform version not coming to the Moto G7 until May 11, 2020.

When will my LG phone get Android 11? 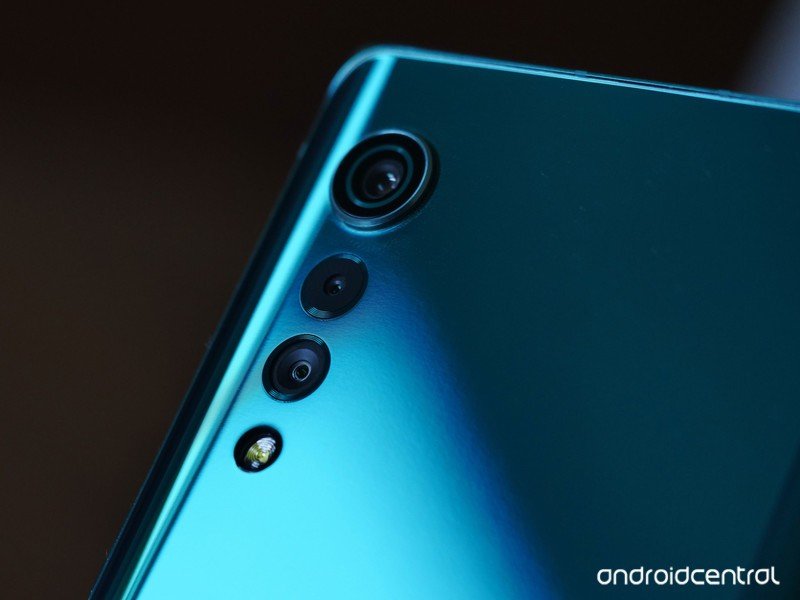 Keeping with the theme of manufacturers that often drop the ball for software updates, we have LG. With no update roadmap in place, here are the devices we think will get Android 11:

Android 10 was made available for the LG G8 in December 2019, with the LG V50 starting its Android 10 update in February 2020. We don’t consider that to be a fast turnaround time, but it is better than what we usually see from LG.

Our fingers are crossed that LG gets even faster with rolling out Android 11, but we’ll have to wait and see if that pans out.

When will my Nokia phone get Android 11? 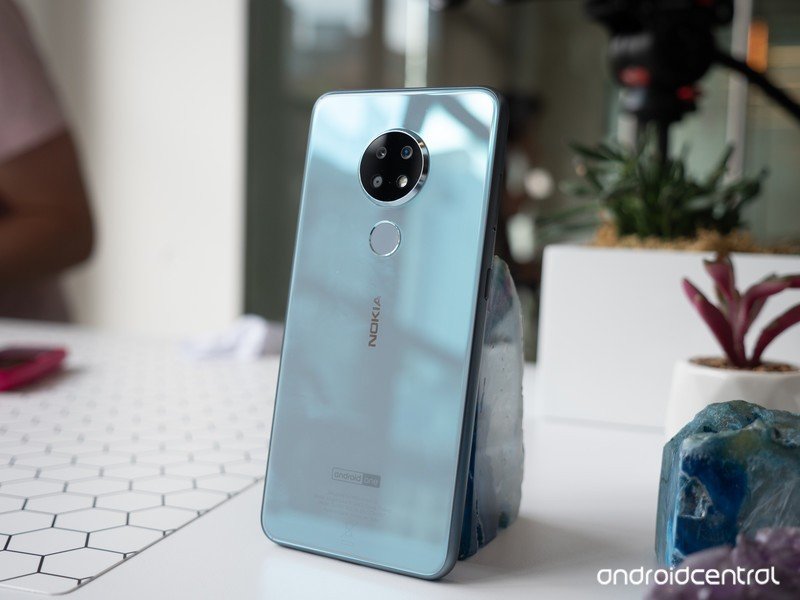 After officially rolling out Android 11 to the Nokia 8.3 5G, the company’s Chief Product Officer took to Twitter, suggesting that the rollout would be coming much quicker than expected for the rest of Nokia’s devices. Only time will tell if that’s to be believed, but Nokia seems to be sticking to its timeline it laid out late in 2020.

Android 11: Everything you need to know!