The all-new Realme GT Neo 3 Naruto Edition smartphone comes as a collaboration between Realme and Naruto. The smartphone features an orange shade at the lower half of the rear and has a combination of black and silver on the upper half. It has a leaf symbol beside the camera representing Konohagakure, Naruto’s village. 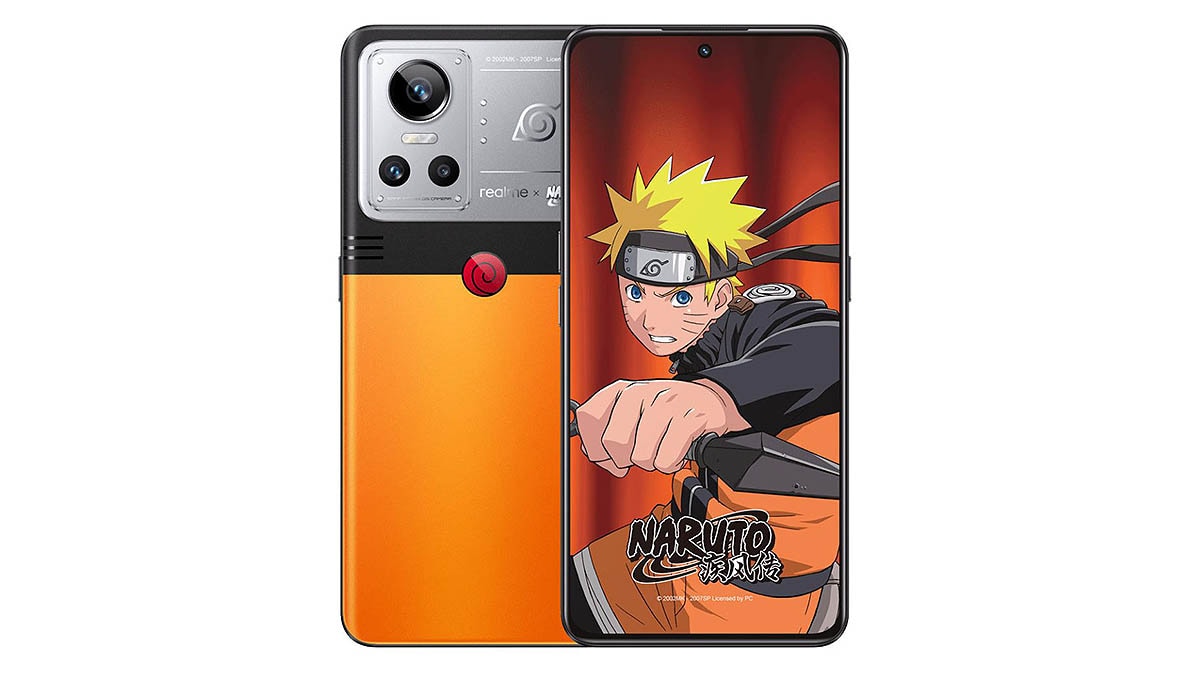 The Realme GT Neo 3 Naruto Edition boots on the Android 12 OS and has Naruto-themed Realme UI. Apart from this, its specifications are the same as the regular GT Neo 3.

The smartphone sports a 6.7-inch AMOLED display with a Full-HD+ resolution, 120Hz refresh rate, and 1000Hz touch-sampling rate. The device has HDR10+ and DC dimming support. It comes with Corning Gorilla Glass 5 protection and has a 20:9 aspect ratio.

It is powered by the MediaTek Dimensity 8100 SoC paired with 12GB of RAM and 256GB of UFS 3.1 internal storage. The phone boasts a triple camera system on the back with a 50MP Sony IMX 766 main lens, an 8MP ultra-wide unit, and lastly a 2MP macro sensor. The phone has a 16MP selfie snapper on the front.

The device packs a 4,500mAh battery and supports 150W fast charging technology. As for security, the phone has an under-display fingerprint scanner.

The India launch date of the special edition phone is yet to be known. However, considering Naruto’s fan following in India, the brand might launch it soon in the country.