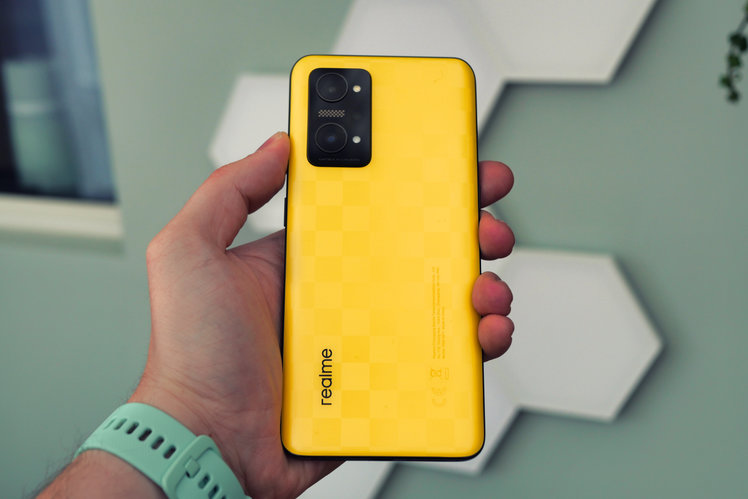 Alongside the launch of the Realme GT Neo 3 – the upper-mid-range speedster – the company also launched a more affordable option, the GT Neo 3T.

Taking a leaf out of OnePlus’ book with the ‘T’ branding, the Neo 3T provides a cheaper alternative for those seeking super-speedy charging.

It comes with both an attractive price tag and an attractive look, then, but is this mid-range phone a bit of a bargain or one to avoid?

We’ve had some time to play around with the GT Neo 3T – here are our impressions.

The GT Neo 3 went all-in on the speed theme, with its bold racing stripe design, whereas the 3T has taken a more subtle approach. Okay, so maybe the bright yellow colourway that we’re testing isn’t the most subtle thing in the world, but the checkered flag design, which is only visible in certain lighting, is a nice nod to the general theme without being quite so in-your-face. 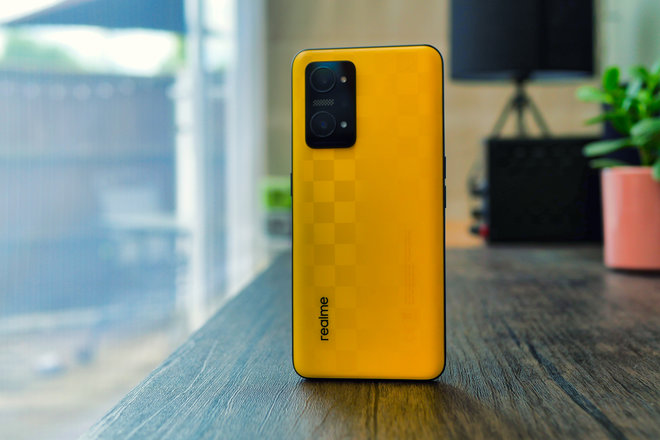 This theme extends to the camera surround, which has a small checkered stripe between the two sizable main lenses. There’s a third lens hidden away in the black panel, too, which we didn’t even notice at first, but it’s much more prominent on the white version of this phone.

We quite like this design, even in its loudest yellow and black variant. However, if you do prefer something less brash, it’s also available in Shade Black without the checker pattern.

The rear of the phone appears to be made from some kind of plastic, and the frame is polycarbonate, just like the Neo 3. However, it doesn’t feel cheap or flimsy in any way, and the rear panel is much grippier than the glass back of its more expensive sibling, which made us much more confident using it without a case.

The phone features a USB-C port, SIM card tray, volume controls and a lock button. There’s no expandable storage or headphone socket, which is pretty typical of a flagship, but less common on mid-range devices, and could be a turn-off for some potential buyers. 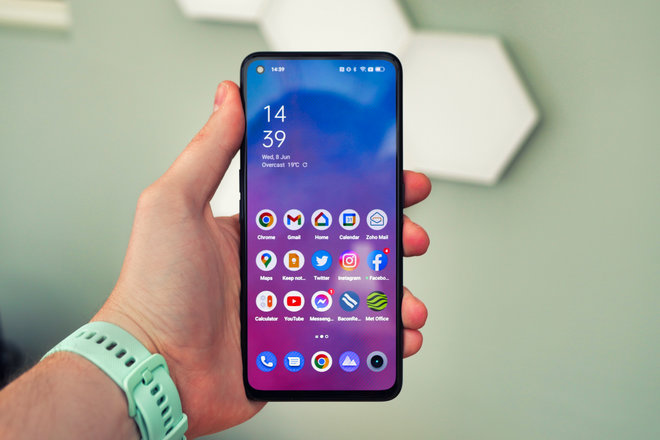 The display is a definite highlight for us so far – it’s large, bright and vivid with all the contrast you’d expect from a flagship AMOLED panel. The 120Hz refresh rate makes swiping around as smooth as can be, while the blisteringly fast 1000Hz touch sampling rate means it has serious gaming chops, too.

That’s a higher sampling rate than many gaming phones that we’ve tested – even ones that cost double the price.

The GT Neo 3T utilises Qualcomm’s Snapdragon 870 processor, and, while this is a last-generation chip, it’s still blazing fast and provides fluid and snappy performance in day-to-day productivity tasks. In practice, we couldn’t really tell the difference between the Neo 3 and 3T when going about our daily business, which generally included responding to messages, scrolling social media and watching videos. 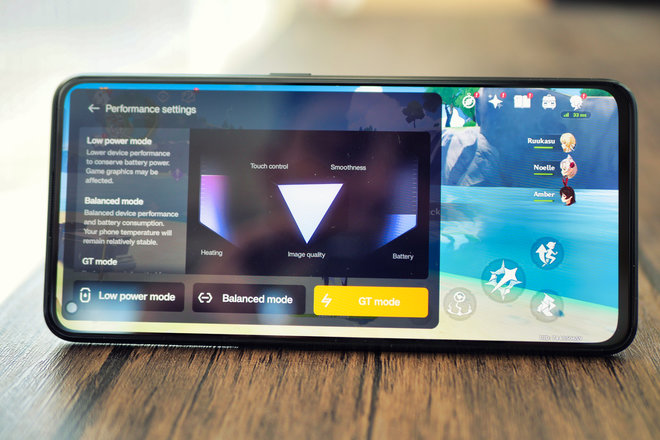 It utilises the exact same Realme UI 3.0 interface, and we found it to be reliable and smooth throughout. Some additions, like the extensive gaming options and the ability to move app icons in bulk, come in particularly handy.

Unfortunately, the same can be said about the bloatware. All of the unwanted apps that were present on the GT Neo 3 are found here, too. Even if it’s slightly less offensive on a budget-oriented device, we’d prefer not to have to spend time deleting them.

Thanks to all the work that has been done optimising popular mobile titles for Snapdragon chips, meanwhile, gaming performance is quite good across the board. You might not be able to max out graphical settings in Genshin Impact, but, when reining in the settings a bit, everything we played ran without issue at a stable 60fps (though, unfortunately, gaming at 90/120fps doesn’t seem possible without some trickery.)

Throughout our testing, the phone stayed at a reasonable temperature, too, thanks to its massive internal vapour chamber cooling solution. 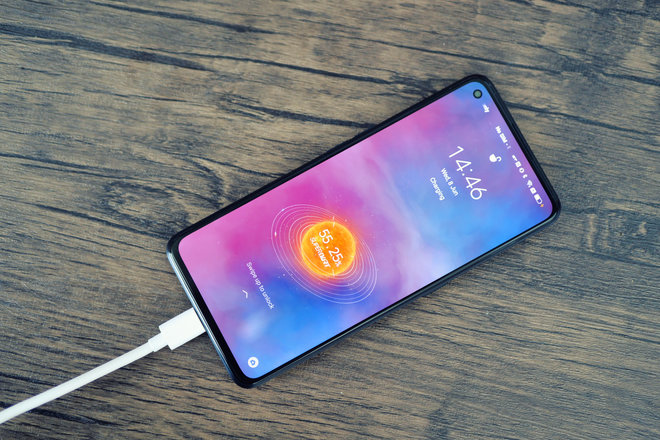 Battery life also appears to be solid, getting us through a fairly heavy-use day with ease. Plus, when it came time to charge, the included 80W fast-charger got us back up and running in no time. It might not be as quick as the 150W charging on the GT Neo 3, but it’ll juice you up past 50 per cent in just 15 minutes, which is quick enough for most people.

The main shooter is capable of producing detailed shots with vivid colours when sufficient light is available. However, we found it struggles with darker scenes due to the lack of optical image stabilisation, and accidental motion blur can be irritating to contend with.

The portrait mode cut-outs, meanwhile, are on-par with the pricier Neo 3, and really quite impressive in this price bracket. We do think the 3T might be a little over-keen with the blur effect, though, as results look a little unnatural at times. The same goes for the HDR effect, which does a great job of retaining details but oversaturates colours and leaves you with a contrasty and unnatural image.

The auxiliary cameras, just like its more expensive sibling, are unimpressive and best avoided where possible. The ultra-wide can be useful in the right conditions, but it looks awful in low light and is prone to compression artefacts when HDR mode kicks in. And, as usual, the 2MP macro isn’t really of much use for anyone.