The Realme Q2 series reached 1 million sales seven months after launch. Around the same time the Q3 series was teased – one year later the Q3 phones have reached 2 million sales. What’s next?

Realme CMO Xu Qi Chase is teasing the arrival of the Q5 series on Weibo (skipping number 4, of course). The teaser is tucked beneath the 2 million sales announcement and promises “new surprises for flash charging”. 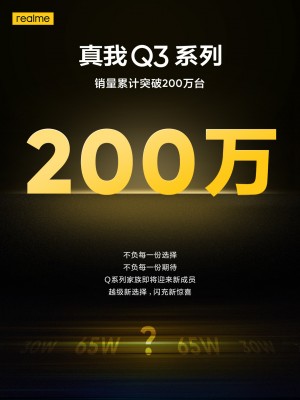 The bottom row lists 30W, 65W and a question mark, which will likely be filled in with 80W. That is the rumored charge rate for the Realme Q5 Pro, which will be equipped with a 5,000 mAh battery. This matches one of the configurations of the GT Neo3. 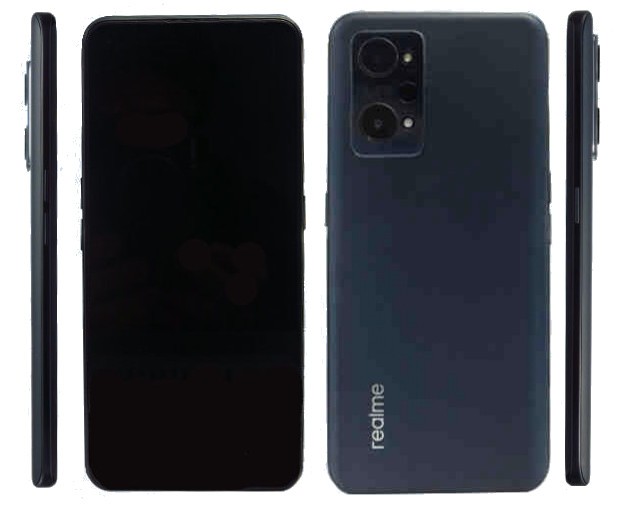 Additional rumored specs include a 64 MP main camera on the rear, an 8 MP ultra wide-angle cam (119°) and a 2 MP macro module. On the front, a 16 MP selfie camera and an in-display fingerprint reader. The USB-C cable will also have to carry audio (no 3.5 mm jack, by the sound of it), but it will be Hi-Res Audio certified. The phone will also boast stereo speakers with Dolby Atmos.

These specs may not be 100% accurate, they are a mix of the TENAA listing and rumors. The Q5 Pro sounds a lot like a GT Neo2 with faster charging (up from 65W).

A special edition of the Realme Q5 Pro leaked early – a collaboration with Vans that will bring over the popular checkerboard design from shoes to what looks like glass. Notice that this is a photo of a promo poster being mocked up in Photoshop, so the design might not be finalized. 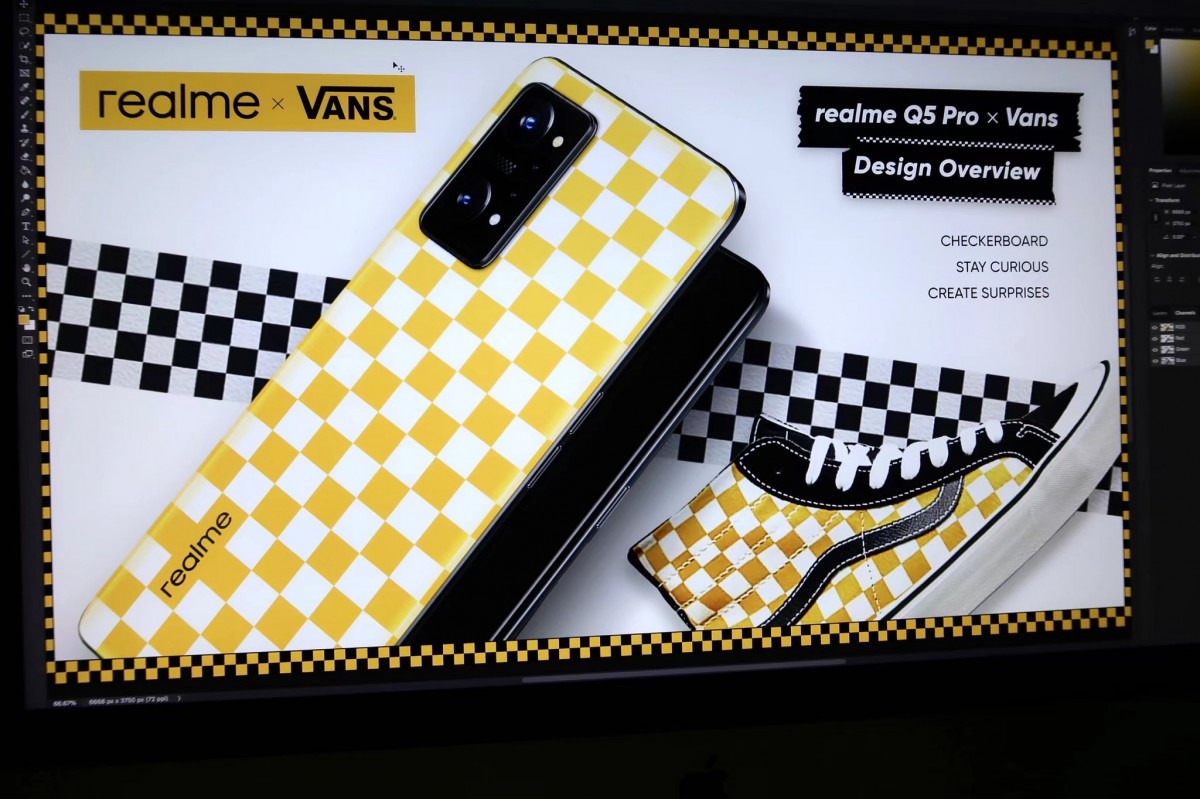 This poster matches the phone design seen on TENAA with a triple camera arranged in a triangle and two separate LED flashes, which again is a callback to the GT Neo2. More on the Realme Q5 soon as it is expected to go official later this month.