It has been more than two years since Realme started selling televisions in India and in a short span, it has created a kitty of reasonably-priced smart televisions. The key to that is releasing an upgrade to the original product in a good interval of time. Just like in the case of the Realme Smart TV X, which refreshes the first-generation Realme Smart TV. The new Realme Smart TV X looks similar to the previous generation but packs several improvements under the hood. For instance, it has support for HDR10+, features narrower bezels, and packs the latest Android version. But is it something that you should buy for the starting price of Rs 21,999? We find out in this review.

When I unboxed the Realme Smart TV X out of its box, it came across any regular TV. But before you get a large TV, which this one sort of is, make sure you have proper space. It could be a tabletop placed in the room just at the right spot or an empty wall. In case you want to fix the TV on the wall, you will have to pay extra for the VESA mount. But if you decide to place the TV on a tabletop, you get the left and right stands that you can screw tight yourself. The TV is manageable by yourself but for the wall mount, you should use a helping hand. The TV’s bezels are narrow and that makes the television look trendy. 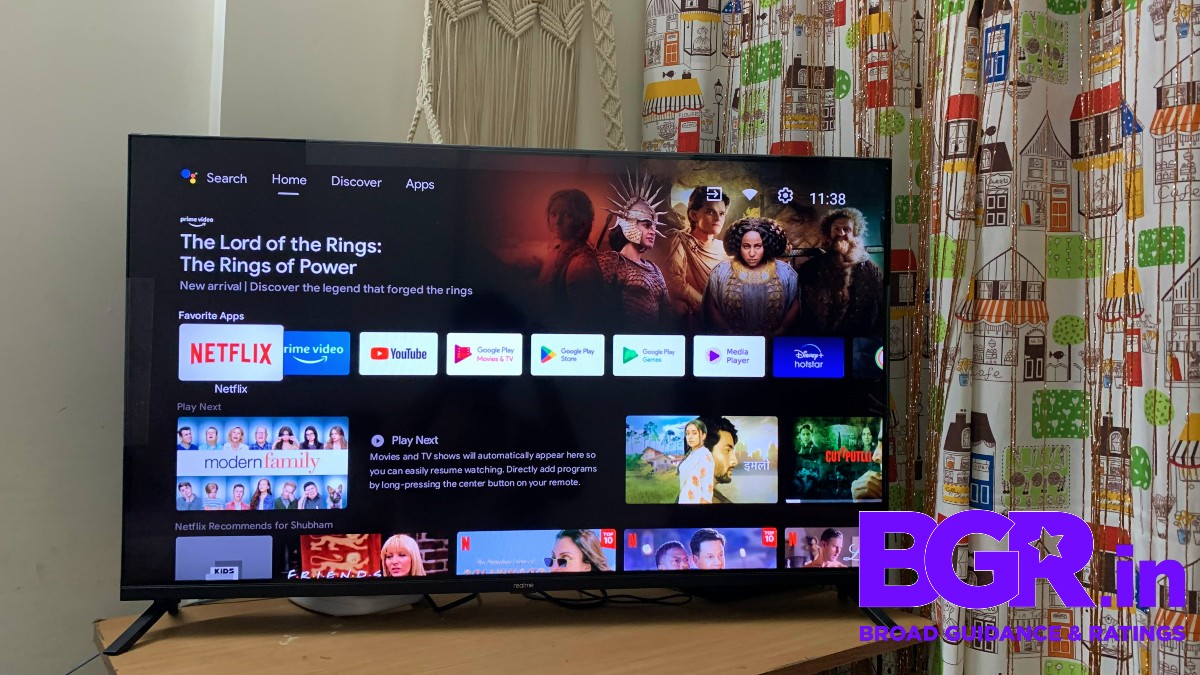 The Smart TV X has a FullHD panel available in two sizes: 40-inch and 43-inch. My unit has the latter and it seemed large enough for a regular Indian room. I liked the display’s colour and sharpness when watching different videos. By default, the screen will have its backlight set to full, which was sometimes annoying when watching a movie at night with lights off. It is good that these settings can be changed anytime, but the TV doesn’t allow that unless you jump to the home screen from whatever you were watching. I am nitpicking but it is about the convenience. The display supports HDR10 on streaming services such as Netflix and Amazon Prime Video, but sometimes the TV wouldn’t identify the content as HDR-compatible and that can be annoying, especially for shows like House of the Dragon. 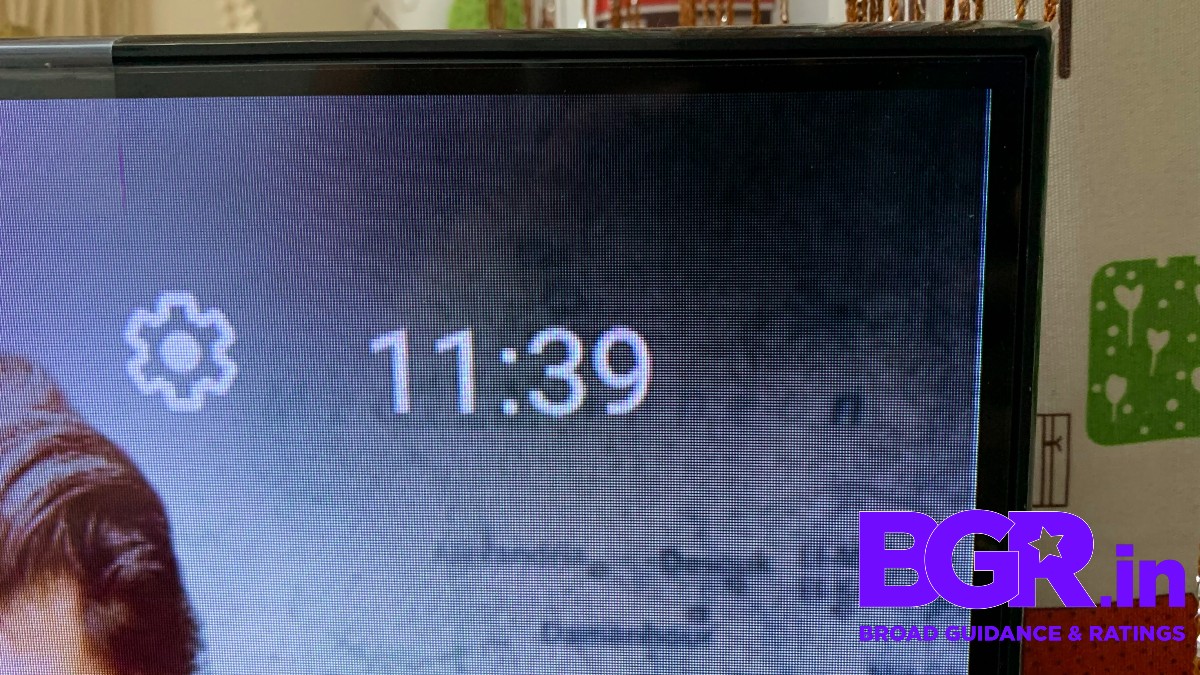 Realme has always used the stock Android TV on its smart televisions, unlike Xiaomi, which puts its PatchWall skin on top to give more flair to the interface. It is not inconvenient because that is how Google has intended the Android TV to work. There is still no Google TV, and that is a bummer. As soon as I turned on the TV, it took me to the old Android TV screen, but after some under-the-hood updates, the new Google TV-style interface showed up and I prefer it more even though it lacks the magic of personalised recommendations of shows and movies. 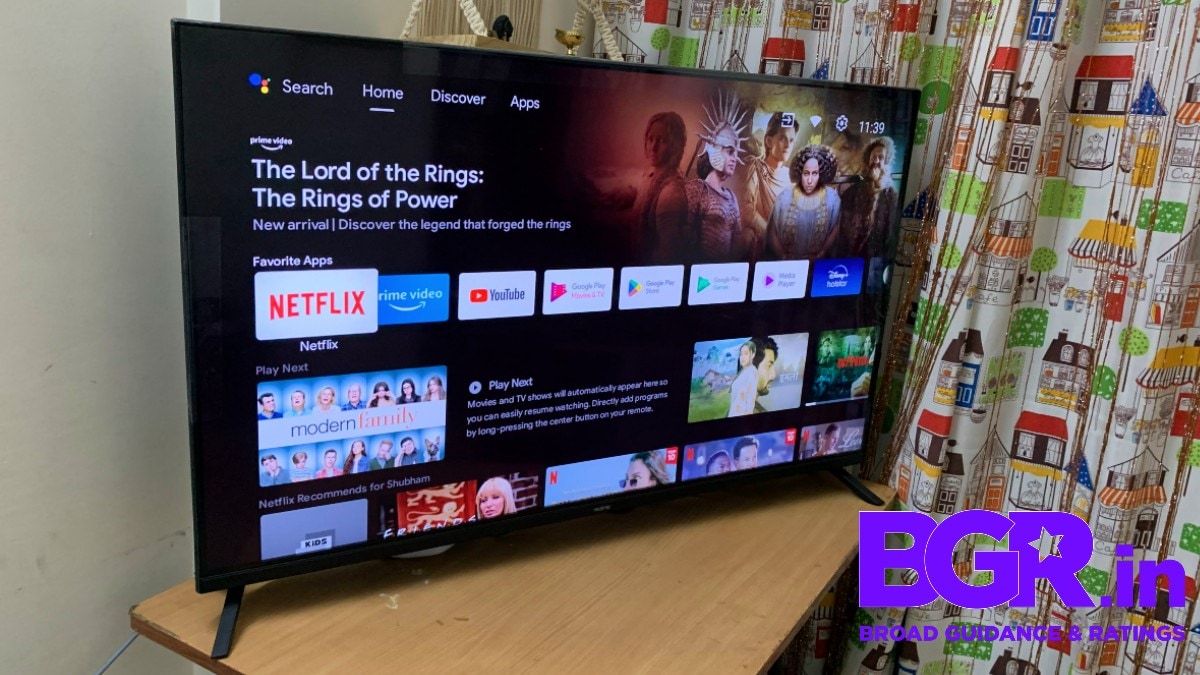 Apps like Netflix, YouTube, and Amazon Prime Video come pre-installed, which is a good thing as I could start watching my favourite shows almost immediately after setting up the TV. Speaking of the setup, the TV uses the standard process. You need to sign in using your Google account, connect to a Wi-Fi network for streaming or just switch to an HDMI source if you are using a DTH connection, and after a few steps, you will be in.

This is perhaps the only area where I think Realme could have done better. While the interface is not an issue, the processor inside the television is not snappy enough. Opening an app such as Disney+ Hotstar takes more time than required and even after the app is opened, the processor takes about a minute to get its pace back. Inputting anything during this lag would result in a fast-forwarded sequence of actions and that was annoying. Sometimes while watching an HDR video, the audio and video would just go out of sync, resulting in an unpleasant experience. It is entirely fixable by just returning to the previous screen and playing the video again, but it is something that spoils the whole experience and should not have been there in the first place. Maybe a software update will resolve these issues because this otherwise good television is held back by them. 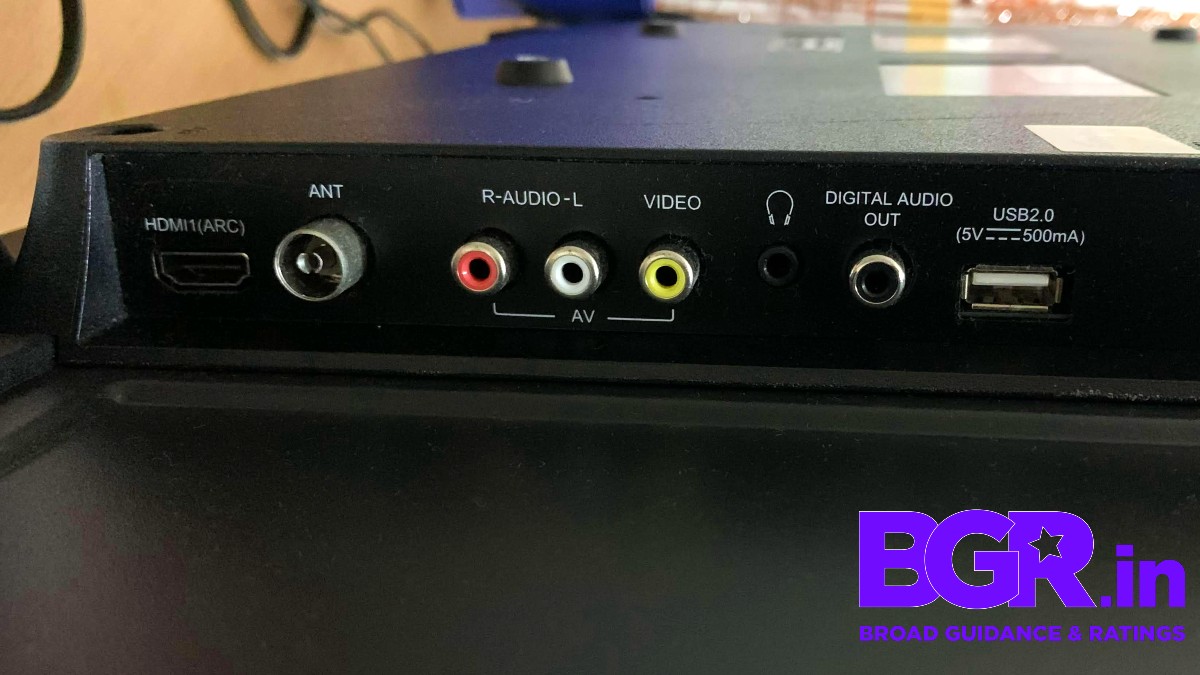 Sound is not really a strong suit of television and the Realme Smart TV X is no exception. Undoubtedly, the speakers can get loud enough to fill a room but after a certain volume level, that is just noise. The sound from the speakers lacks depth, so it is better to watch movies or shows than listen to music. You may want to use a soundbar or a speaker system to use for that. But if that is not your concern, you have nothing to worry about the speakers. The speakers are good enough for watching shows on low to medium volume levels. And surprise, there is support for Dolby Audio, which does improve the quality. You have the option to turn on Dolby Audio Processing, along with an option for a volume leveller and a sound virtualiser. 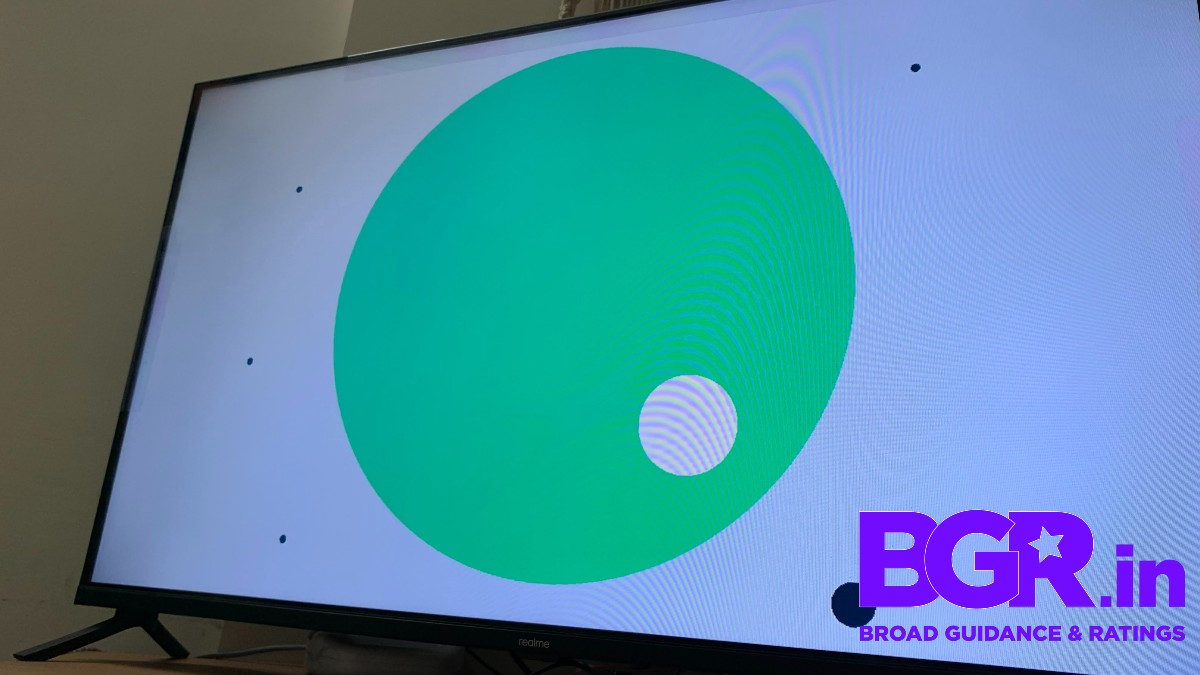 For a starting price of Rs 21,999, the Realme Smart TV X is a good option. The display is reasonably large and supports HDR10, which can be good for bingers. The sound is average but works if you are going to watch videos and movies mostly. The interface is pretty basic and that can be a good thing for purists and people who are going to watch DTH. But even for cable cutters, you have all the options you need to be caught up with the latest episode of House of the Dragon. 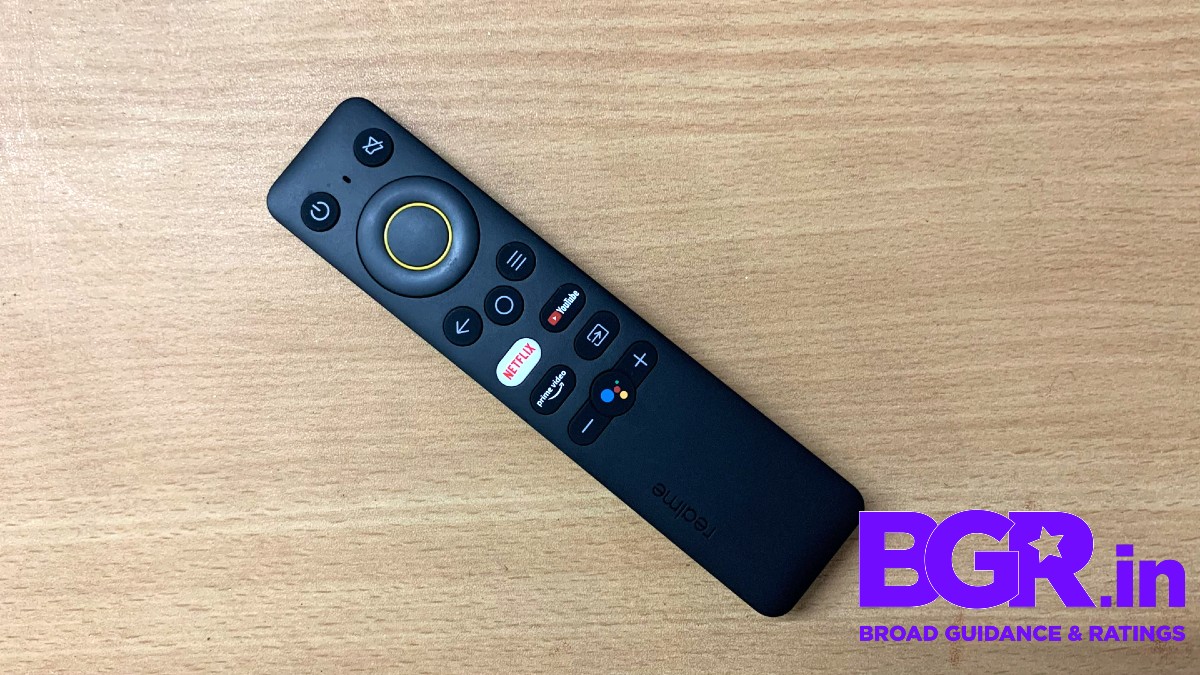 The only gripe is the performance, which makes the experience unpleasant sometimes. It could be fixed to an extent with a software update though. If you have a tight budget and want a big screen for your bedroom with ample smart features, the Realme Smart TV X is worth considering.