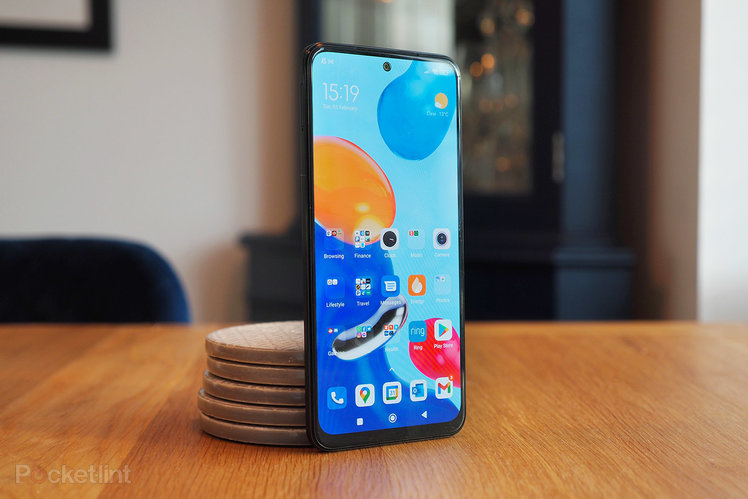 When it comes to affordable phones, Redmi is one of those typically unbeatable names in offering strong specification for those on a tighter budget. Back in 2021 we reviewed the Redmi Note 10 Pro and, even now, think of that as among the best budget phones you can buy.

Enter, then, the Redmi Note 11: the 2022 affordable device for the updated series, bolstering the line-up with a faster refresh-rate AMOLED screen. But is this entry-level model worth your time, or should you spend a little more and look towards the Pro variant instead?

As you can see from the spec summary above, the Redmi Note 11 really isn’t messing about when it comes to features. The use of AMOLED at this price point isn’t always a given – helping ensure punchy colours and rich blacks – while the 90Hz panel delivers a decent refresh rate at this end of the market. 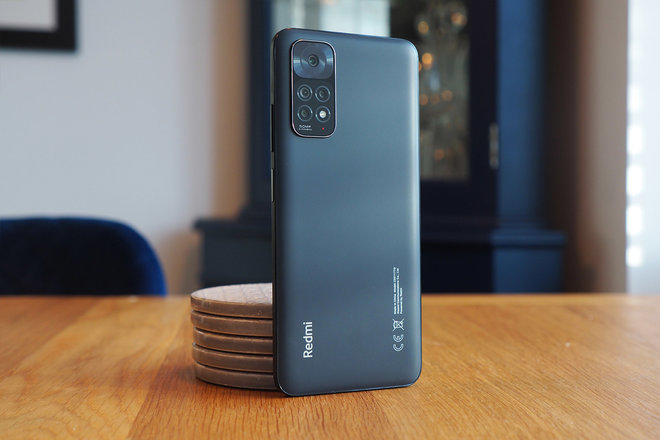 Interestingly, the original Chinese version of this phone isn’t remotely the same, delivering a slightly larger-scale LCD panel instead – 6.6-inch rather than 6.43-inch – not that we’ll dwell on that here, but if you’re digging around the web for a variety of reviews and comments about the Note 11 then you may spot this peculiar difference in the regional releases.

But back to our handset, destined for European release: sure, the screen’s bottom bezel is chunkier than you’ll find on today’s top-tier handsets, but that’s to be expected, putting it more-or-less on par with something like the Moto G31 from a visual perspective. Indeed the resolution and panel size are very similar between the two, but the Redmi offers the faster refresh rate of the pair (selectable as 60Hz or 90Hz options only, there’s no variable refresh).

Other features are respectable, including decent dust-proofing and limited water resistance (IP53 means it’ll be ok in a little rain for a few minutes, realistically), plus a side-mounted fingerprint scanner that we’ve found to be effective in use. 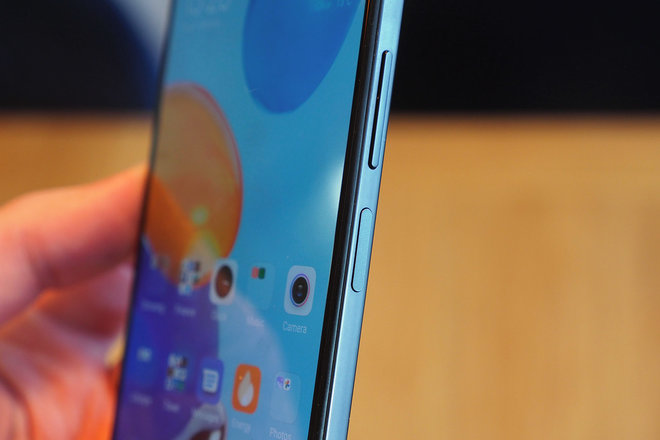 Otherwise the design is fairly straightforward: the plastic rear comes in one of three colours, not even pretending to emulate a glass look or delivering any kind of eye-catching textured finish, but it’s a neat and tidy approach overall. Even the camera unit doesn’t protrude so far as to make the device wobble about when sat on a desk, which we like.

So far, so impressed, with the Redmi Note 11 seeming like a really appealing entry-level handset. Except, once you get into using it, various issues make it quite the opposite. Having handled this phone for a week now as our daily driver, it’s presented various ongoing issues that range from irksome to problematic. 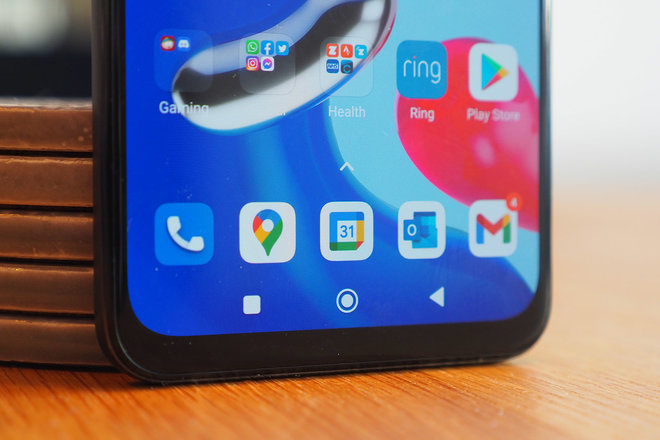 What exactly are we talking about? First of all: blackout issues. Quite often when letting an app go idle, the screen automatically switching off so the phone can reserve battery life (perfectly normal), it can be a battle to get the Note 11’s to reactivate as you’d expect (not so normal). Cue multiple fingerprint scanner presses and head-scratching trying to work out what’s going on.

Secondly, often related to the issue above, this has sometimes resulted in total crashes. Some to the point beyond our patience where a full handset was required with long press-and-hold of the power button. Others, accompanied by the message ‘System UI isn’t responding’ have managed to salvage things and get back to some usable form after some time. Still, not ideal.

Thirdly, there’s sometimes a kind of yo-yo effect in terms of smoothness, as if the marriage of processor and software can’t always deliver a consistent output. In some games, for example, you might experience ultra-smooth animations followed by minor stutters – a kind of concertina effect, if you will – that just doesn’t look or feel quite right.

The reasons for all this seem to be a mixture of both hardware and software. On the one hand, the Note 11’s use of Qualcomm’s Snapdragon 680 platform actually puts it back a step compared to the earlier Note 10’s use of Snapdragon 678 (the latter platform uses newer A76 cores, the former mentioned uses older A73 – which might sound backwards, but that’s how it is). On the other, the implementation of Xiaomi’s MIUI Global 13 software arguably presents its own issues, as partly pointed out by the System UI notice pointed out above.

MIUI, as we’ve noted for years now, can sometimes present issues with notifications, due to the way the software handles per-app battery savings and auto-on functionality. You can control this individually – and will need to in order to get the best from your go-to apps – but, in fairness, in Redmi form we’ve rarely encountered any breaking issues. We’re not fans of the left/right downward swipe split for notifications/settings reveal, though, which is more like using an iPhone than Android device. Oh, and the ‘Wallpaper Carousel’ (Xiaomi-selected images, some of which we don’t find appealing at all, as a rotating cycle of wallpapers) is best switched off for the much more useful Always-on Display option.

Of course this is a budget handset, so we’re not expecting miracles overall, but the fact is that the earlier Redmi Note 10 Pro model was so much better than this across the board. As such, we’d forego the standard Redmi Note 11 and await the Pro variant instead (with a question lingering over that handset’s use of Mediatek’s Helio G96). 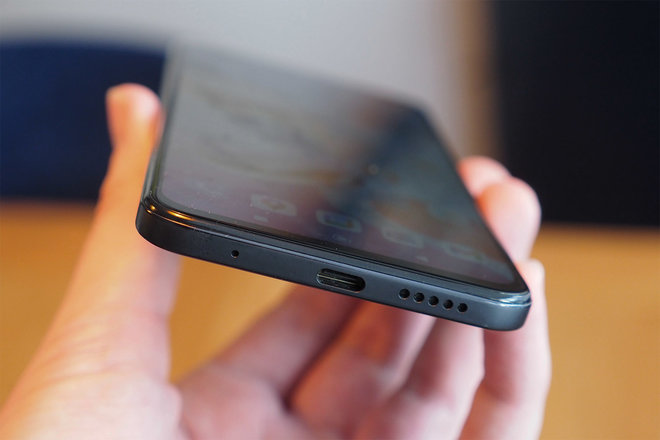 Anyway, if you don’t press the Redmi Note 11 with too much to do – avoid heaps of multiple browser tabs, multiple apps being open, and so forth – it’s more amicable. The battery life is certainly of no concern, for example, with the 5000mAh cell here storming through a day with ease and well into the next, approaching the two-day marker. The charging speed is quick for a budget phone too, which adds additional points.

When it comes to cameras we’re not surprised to see four lenses on the rear of the Redmi Note 11, as it’s the go-to number for most manufacturers who want to oversell their system as a “quad camera”. Here you can ignore the macro and depth sensors, which are a waste of space, and think of it as a dual camera setup instead. 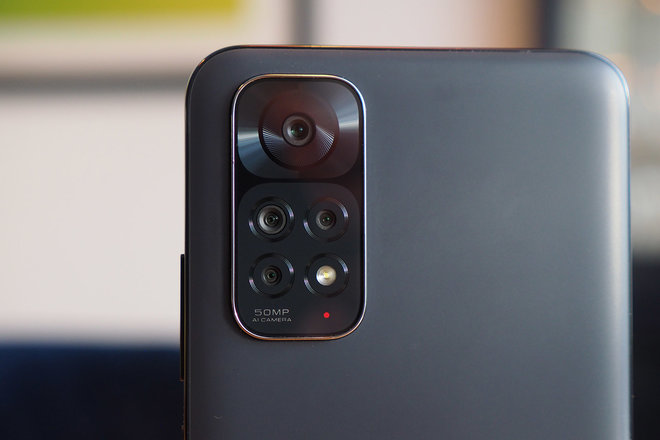 From that perspective, however, it’s none too bad at all: the main 50-megapixel camera is a higher-quality sensor than you’d expect many to deliver at this price point; and while the wide-angle isn’t anywhere nearly as good quality, it’s still really useful to have that extra wide view of the world at your fingertips. There’s also a 2x digital zoom that’s adept enough to be of use. So this core two-camera unit certainly has enough to shout about.

The main camera doesn’t handle high dynamic range (HDR) all that well, though, its images are somewhat grainy, too, and you can see sharpening from processing being pushed rather strongly. But at least there’s some grain in there, giving it a sense of filmic reality, rather than total overly smoothed processing. Interestingly, even low-light shooting is perfectly plausible thanks to a decent wide-open aperture – and that despite no optical stabilisation here.

If you were to put this camera side-by-side against the Moto G31 then it’s really quite similar in terms of overall offering – although the Redmi is slower for the app to load, we feel. There also aren’t higher-end features such as optical stabilisation (OIS), but you do get phase-detection autofocus (PDAF) for easy tap-to-focus, plus the app will bring up an exposure slider on screen for quick and easy adjustments if you want to make any.