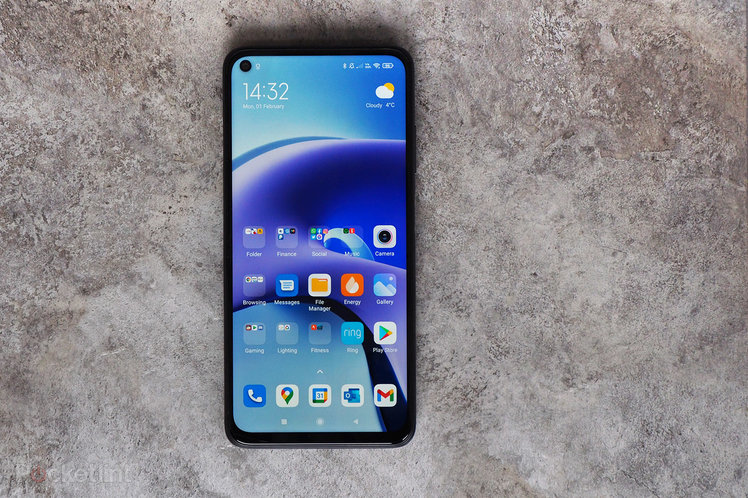 Each year Xiaomi’s Redmi offshoot – known for its budget phones – updates its latest and greatest with a mid-cycle ‘T’ variant, adding a little more to proceedings. In the case of the Redmi Note 9T the goal was to step beyond the already impressive Note 9 – which we found to be a stellar affordable 5G phone.

Problem is, things don’t always go entirely to plan. When we first received the Note 9T it had a software version that we couldn’t then get to update after moving into the phone – which caused umpteen issues with disappearing apps, inability to Cast, intermittent Bluetooth connections, payment verification problems, and more.

But, fear not, it was resolvable. A hard reset later and after installing all relevant apps manually from the Google Play Store, the Redmi Note 9T – on MIUI version 12.0.4 – ironed out the most pertinent of those highlighted problems. But was that initial dark cloud a sign of what was to come, or has our week-long experience using the Note 9T been all sunny skies?

It’s all too easy to forget that the Redmi Note 9T is a fairly budget phone. Because, ultimately, it doesn’t look like one. Xiaomi does a decent job in hiding away any real telling signs. No, you don’t get the premium glass rear or other flashy colours as you might further up various ranges, but that’s hardly a concern for a device that isn’t pretending to be a flagship. 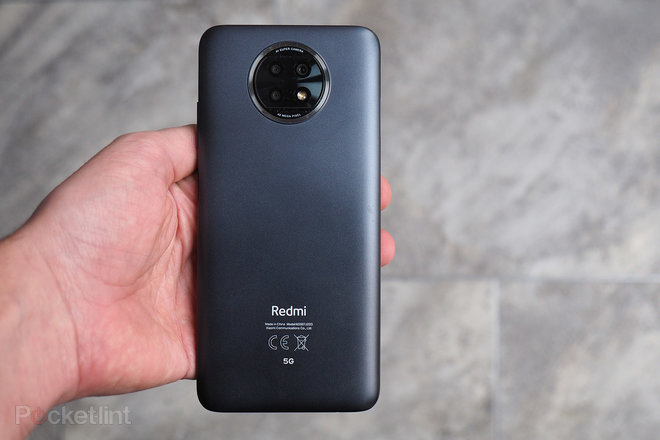 Dressed in its ‘Nightfall Black’ finish here, the Redmi Note 9T is more than befitting of its price point. That plastic rear has a subtle texture that helps to hide fingerprinting, while the protruding circular camera unit – well, ‘designated area’ really, as the top and bottom of the actual protrusion are squared-off absentees – makes the rear panel look altogether more like a case (it’s not, though, as it’s not removable – and, no, don’t try and pull it really hard).

The 6.53-inch screen is the kind of scale that’s very current, delivering decent resolution too. Typically around this price point there’s a fall-out from Full HD to a lower density – look at the Moto G9 Power, for example – but the Redmi holds onto that Full HD+ resolution across its well-proportioned 19.5:9 aspect ratio panel. That’s as sharp as you need.

It’s not the very brightest or most colour-popping LCD panel ever, but you’d never notice that in isolation (as we have a Samsung Galaxy Note 20 Ultra running in tandem, however, it’s clear as day – but the Samsung is more than four times the price). Initially we had issues with the 9T’s auto-dimming being overzealous, which is particularly notable when ambient light is low. It’s a long-time issue for the series – and one that Motorola used to have, but since fixed – that we hope Xiaomi’s software will address in the future. 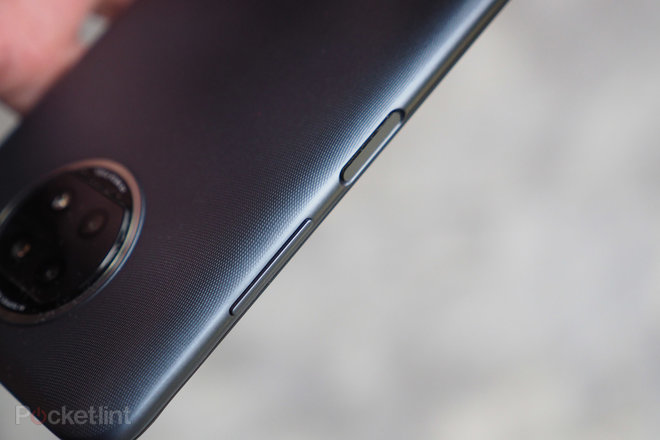 Rather than opting for an under-display fingerprint scanner sign-in method, the Note 9T has a side-positioned fingerprint scanner, which doubles-up as the power button. While this position has never been our favourite – largely because Android apps now present a massive ‘press here’-style fingerprint on the screen itself, so you’ll typically want to press the screen – it’s largely effective in this setup, responsive the majority of the time, and easy to reach.

Performance is a game of two halves though. That’s the one thing that gets us about the Redmi Note 9T. It always feels as though there’s some jostling between software – battery optimisations and specific permissions, for example – and the hardware on offer. Because MediaTek’s Dimensity 800 is no slouch – it’s a decent enough chipset designed to bring 5G connectivity to a wider audience.

But the whole package doesn’t always play ball. There’s a lot of tinkering that you’ll need to do with this Redmi to get the most out of it. Whether that’s ensuring per-app permissions are setup to allow, say, Strava to keep tracking – it’s still hit-and-miss anyway – or for the vibration to just dang well stop (it’s on by default in silent mode, which is bananas if you ask us; plus there’s a separate treatment for touch vibration feedback hidden elsewhere in the menus), there’s a sense that Xiaomi’s MIUI software still isn’t quite simple and easy enough.

That was even telling after our first install, with version 12.0.1 fired up, and the numerous issues we had, as mentioned up top in this review. It goes to show just how incredibly important a smooth software experience is – and that’s what we’ve been saying these Redmi devices haven’t quite handled perfectly to date (Xiaomi’s Mi 10T Pro felt like a step down from the 9T Pro to us too). But if you’re OK with knowing what you’re getting then it’s not a big issue, per se, it’s just that competitors like Motorola do better by comparison – if you’re alright with getting a less powerful device for about the same cash, anyway. 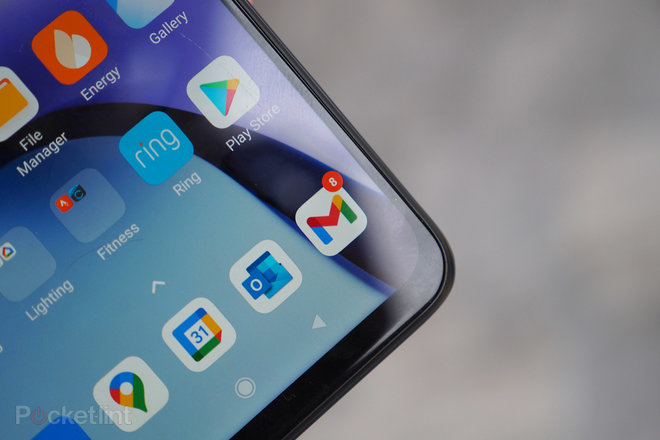 But back to Redmi. The Note 9T has the guts inside to handle a variety of tasks, including gaming. But there are still bugs, especially when it comes to graphics. In South Park Phone Destroyer – yes, we’re a bit obsessed, it’s our standard benchmark for any mobile device review as a result – top layer graphics (i.e. the cards you play in the game) won’t display. Which is a massive problem that means the game is close to unplayable – we’ve only been able to continue on another device. Nothing to do with smoothness or frame-rate – that stuff’s all fine – just an experience with how this hardware and software combination doesn’t quite succeed.

However, get everything arranged as you like – there’s an app drawer or full screen icons options – and the experience is amenable. And it’ll last for a long time – as the 5,000mAh battery on board helps things last an age. We’ve been getting only about half way through the charge over the course of a single day, so two-day life really isn’t out of the question. 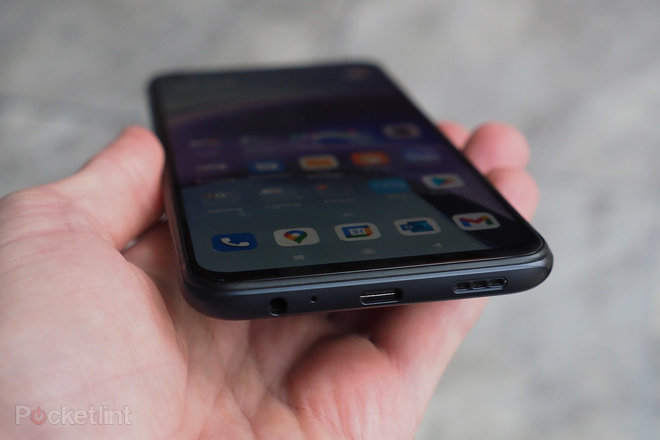 Software plays a major part in that longevity though. And it’s why you’ll need to tell certain apps through background settings that they’re allowed to run at all times, self launch, and do as they please. Which is rather reflective of the Redmi Note 9T experience.

Last up is the camera arrangement. It’s a triple rear unit – we know it looks like a quad arrangement, but the fourth is the LED light/flash – that, well, only really contains one camera of much use. 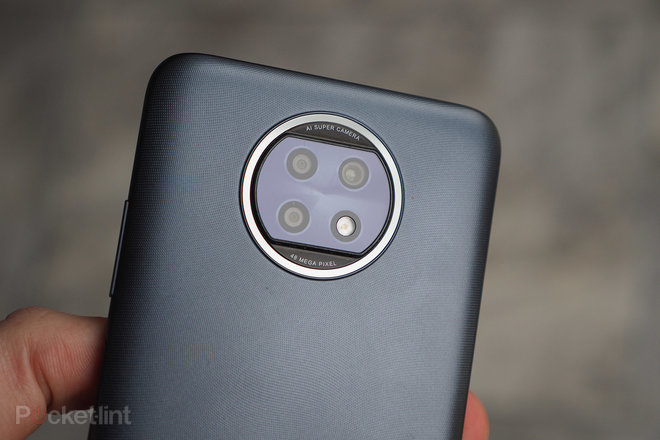 As is typical with budget phones these days there’s the sense that “more equals better”. We don’t think so, though, as it just makes for a more cumbersome looking rear unit, with the 2-megapixel macro and 2-megapixel depth sensors most likely never going to be used at all.

Which leaves the main 48-megapixel sensor to do the hard work. It uses pixel binning – that being it combines four into one – to squeeze more colour and detail out of a scene, rendering frames as 12-megapixels by default. But that’s still huge – it’s like a 4K TV with yet another half-a-4K-TV all pressed into the one image. So scale is no issue whatsoever.

What’s more trying are certain shooting conditions. We got some decent shots in the late evening, with colours still popping nicely considering the lack of light. But there’s some visible grain that detracts from the detail.

The Note 9T’s main camera is perfectly good enough for a phone – results are even better in daylight – and it fits the bill of what to expect here. Just don’t forget to turn off the default watermark otherwise you’ll want to punch yourself after seeing it plastered over every image (why oh why it’s even an option we have no idea). 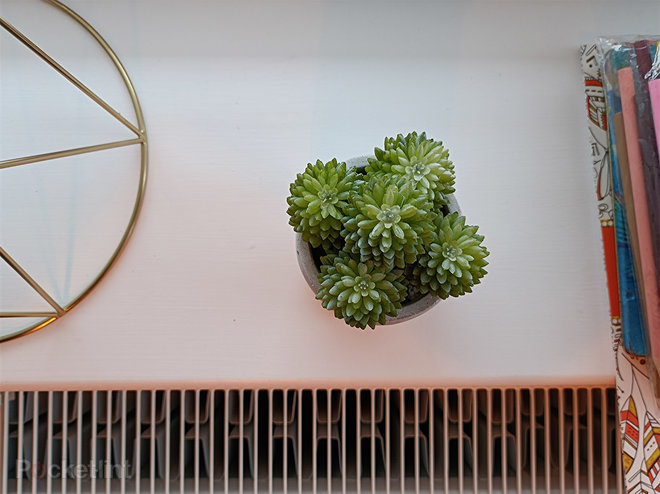 To the front is a punch-hole selfie camera, which cuts a circular opening through the screen. It’s a little large and almost casts a shadow onto content sometimes, which is odd, but it’s all par for the course these days. It’s 13-megapixels and can deliver selfies with usable results.

Overall, the Note 9T sounds like it’s got a grand selection of cameras, but it’s an oversell. Disregard the ‘triple’ on the rear – and it’s a bit of a shame there’s no ultra-wide to be found – and it’s got a workable main and selfie camera combination.