Cheap Android phones rarely make it past their third birthday, but the 2015 Fairphone 2 is still chugging along more than half a decade after its launch. The repairable, modular handset just got Android 9 update certification from Google, bringing new security updates and features to users who still believe in the Fairphone philosophy.

While Android 9 isn’t the latest version of Android (that would be Android 11), it’s still officially supported by Google and receives regular security updates and bug fixes. Plus, it comes with some important features like gesture navigation, adaptive battery, and an updated notification panel.

Launched in 2015, the Fairphone 2 follows Fairphone’s philosophy of sustainability, repairability, and smartphone longevity. Not only does the phone have a 10/10 repairability score on iFixit, but its components are all conflict-free, and its modular design allows you to upgrade or swap parts to your heart’s content.

The Fairphone 2 is no longer available for purchase, though you can buy the newer Fairphone 3 or Fairphone 3+ for just over $400. Both phones feature the same modular, sustainable design as the Fairphone 2, but feature updated displays, cameras, and batteries. The Fairphone 3 and 3+ currently run Android 10, though they will receive an Android 11 update before the end of 2021, according to the Fairphone company. 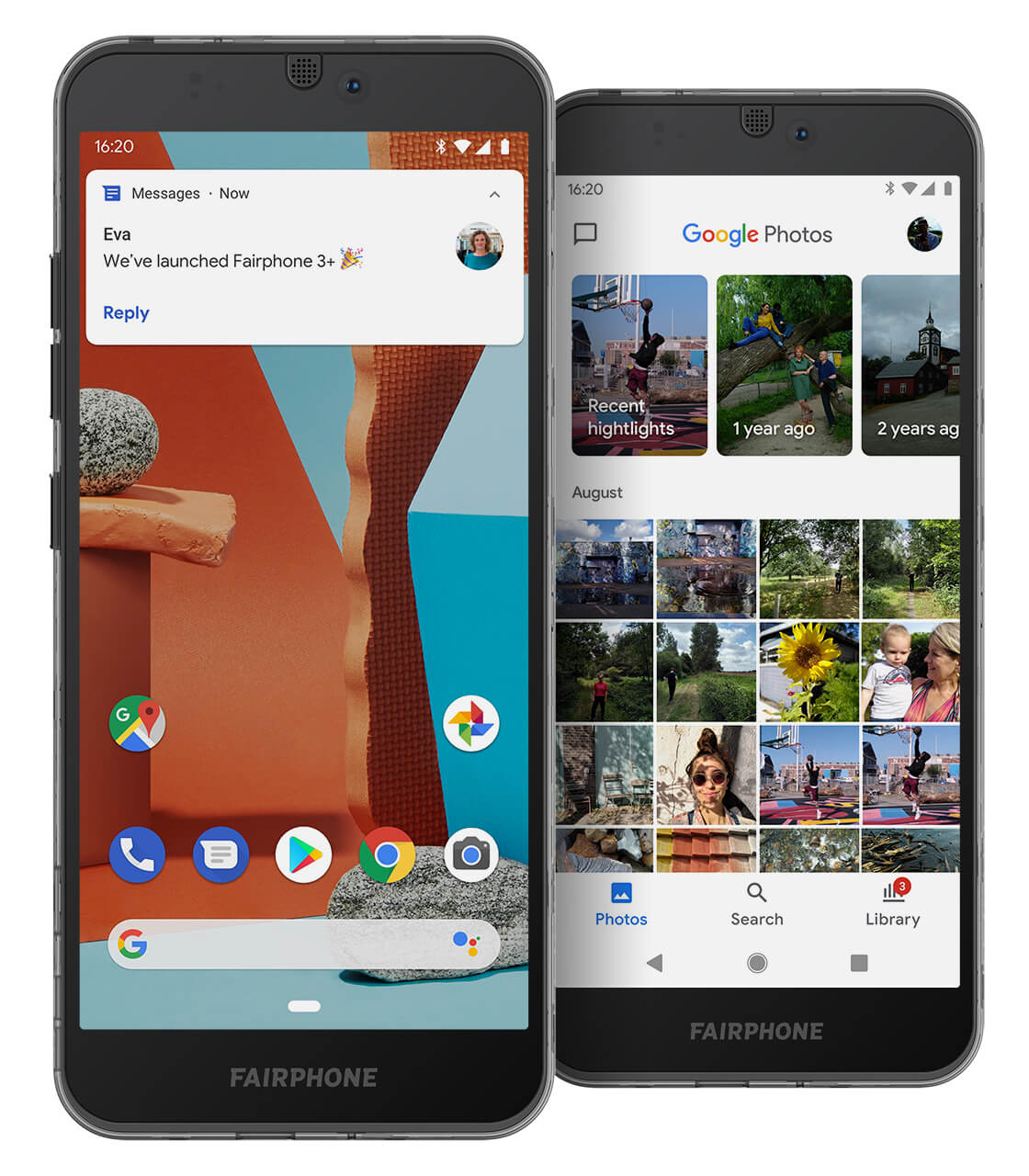 You can’t buy a Fairphone 2 anymore, but the $400 Fairphone 3 is available for purchase now. It will run Android 11 by the end of the year and features the same modular, eco-friendly design philosophy of the Fairphone 2.

Source: Fairphone via The Verge