A number of Mac users with the new models of MacBook Air and MacBook Pro with M1 processor are reporting cracked screens.

New MacBook Air and MacBook Pro with M1 processor are new on the inside, but on the outside they look the same from before. Nevertheless, 9to5Mac is reporting
that users of the new models have encountered a new problem.

Several users claimed that the screen of the computer has inexplicably and all of a sudden cracked. Reports have been shared on Apple’s support forums and Reddit, among others. Several claim that they have shut down the computer to go and do something else, and when they came back and opened it, the screen was cracked.

At least one person reports actually seeing the cracks appear. She was sitting watching Netflix when she went to adjust the screen angle and saw the screen go black and bright lines appear on an area to the left. When Apple examined the MacBook it claimed that these were pressure cracks caused by the owner.

Some users have been told by Apple support that they are responsible and that the damage is not covered by the warranty, while others have quickly received a replacement machine. The EU Consumer Protection Act states that manufacturers must prove that damage is the customer’s fault if it occurs within six months of purchase, which is likely to be difficult if the computer has no other obvious damage in addition to the cracked screen.

Among the speculations about what may be behind the seemingly fragile screens, there are two main theories, writes 9to5Mac: Either the screen can crack if some small debris, such as tiny crumbs, is caught between the screen and keyboard, or that the chassis is too weak to protect the screen. 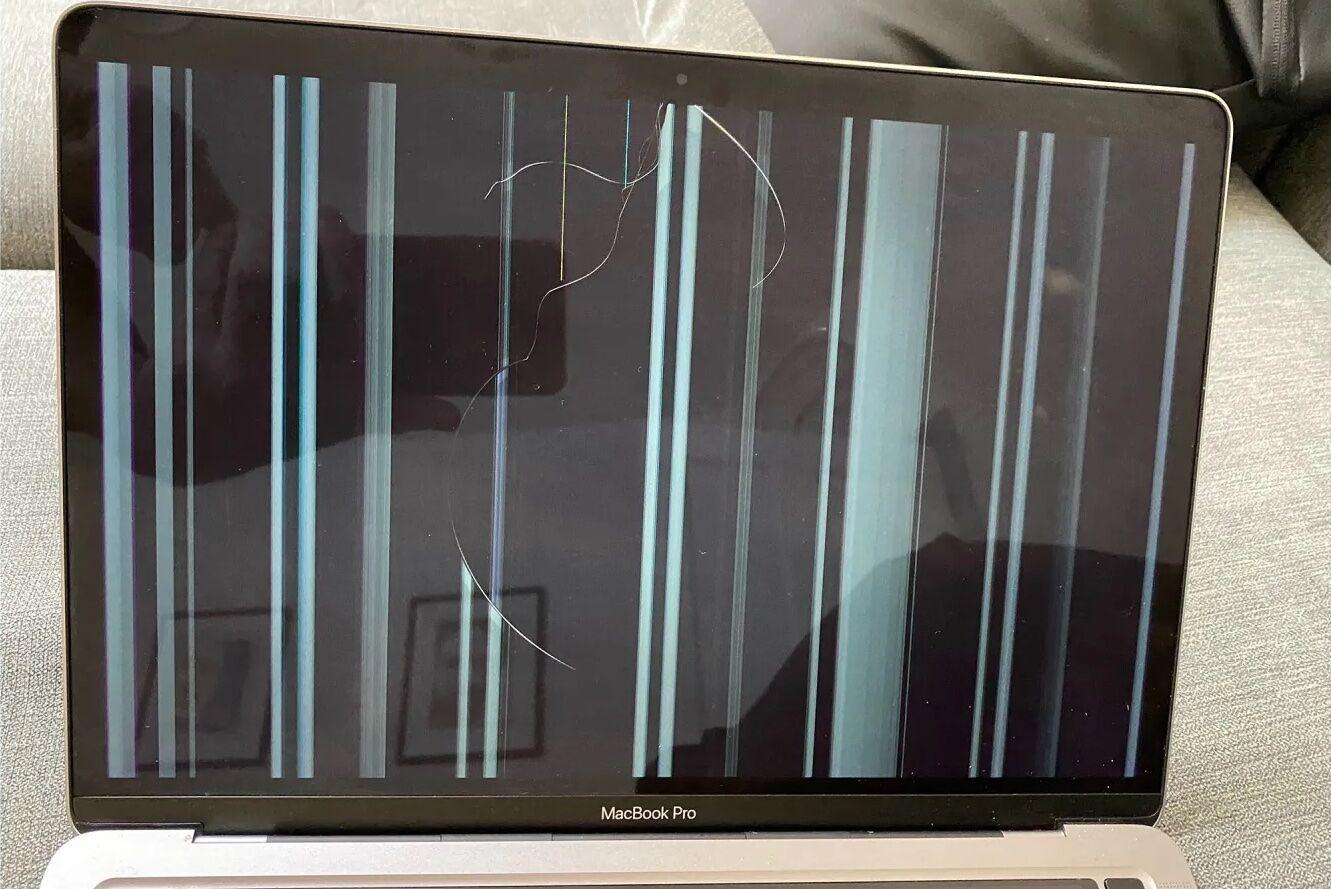