Several customers who purchased a new Mac with an M1 Apple Silicon app have discovered an issue when attempting to restore the machine, which leads to it becoming non-functional and stuck on error screen that says “An error occurred preparing the update. Failed to personalize the software update.” 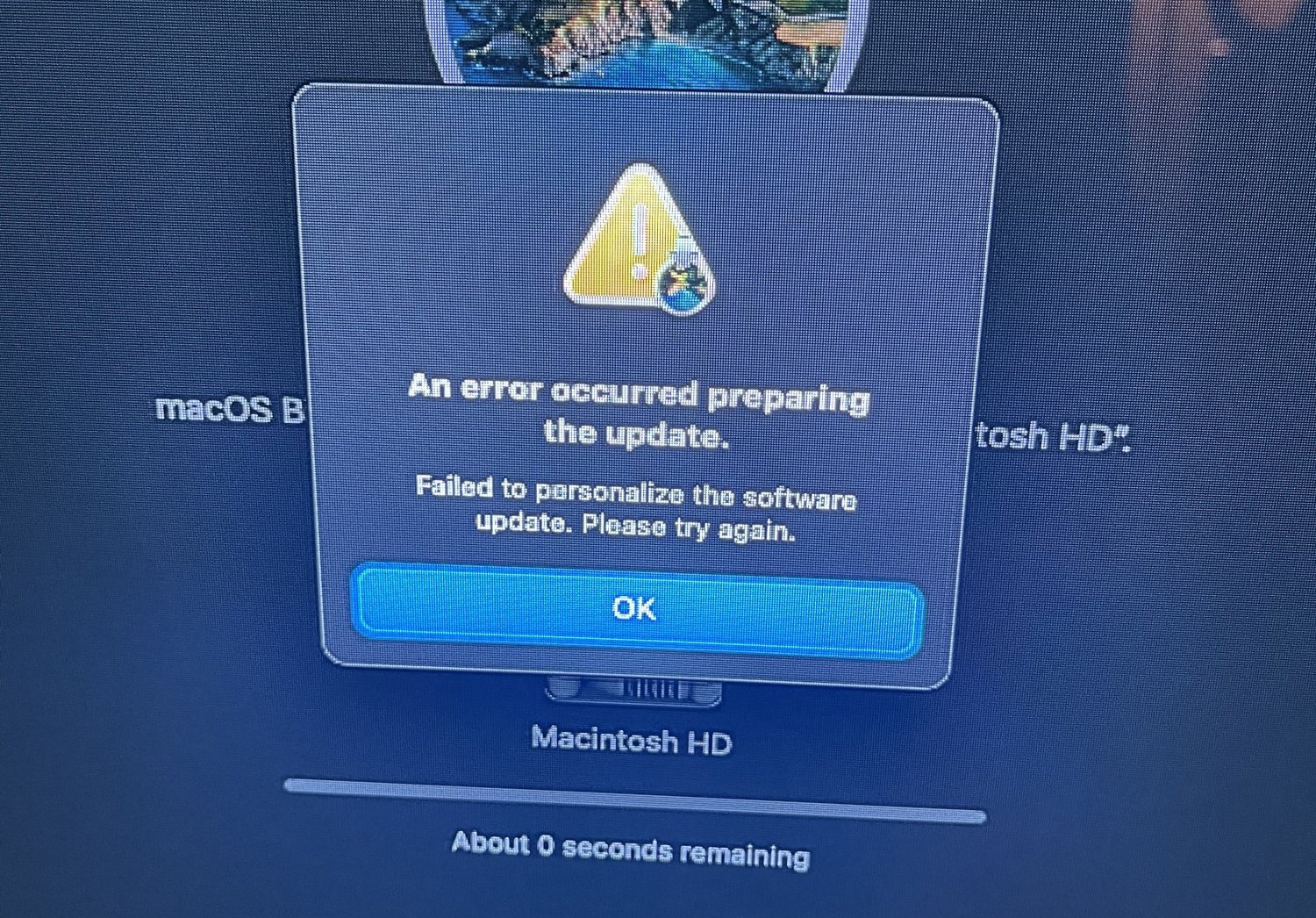 There are at least three threads on the MacRumors forums outlining the issue and warning against restoring one of the new machines. MacRumors reader RyanFlynn describes the problem:

I just received my M1 MacBook Pro and Macbook Air. Because I don’t need any of the included software, it is always my procedure to restore the operating system without things like garage band and iMovie.

during the install process, an error occurs relating to “customizing the system update”

after a couple hours on the phone with Apple care, they told me that 75 other people have called in with this issue, and They have no work around. I was instructed to return my systems, or wait for a fix. Without having an operating system running, there is no way for me to install any future updates, so these computers are effectively bricked.

While Apple Support wasn’t able to provide RyanFlynn with a reliable fix for the problem, other MacRumors readers have discovered a solution that appears to work.

Apple has instructions on using Configurator 2 and a secondary Mac to revive or restore an ‌Apple Silicon‌ Mac that has become unresponsive. This method requires the newest version of Apple Configurator 2, a functional Mac, and an appropriate cable to connect the two Macs.

Restoring in this way restores the firmware, updates recoveryOS to the latest version, and erases and installs the latest version of macOS on internal storage, thereby erasing all data. This method was successful for two MacRumors readers who had the recovery problem.

Apple may have a fix coming for this issue in the future, but for now it’s best to avoid restoring an ‌Apple Silicon‌ Mac. For those that have already done so and are running into trouble, the Apple Configurator solution may be worth trying.