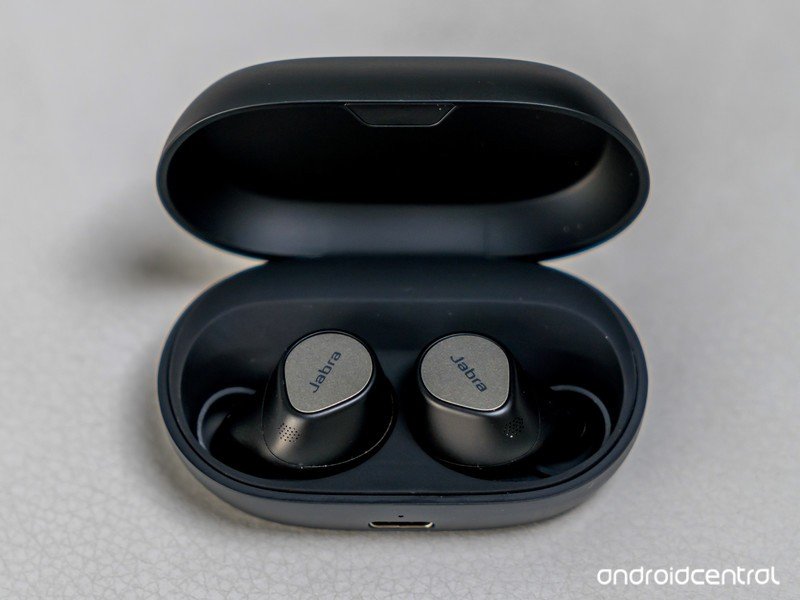 Jabra finds the right fit for most ears to go with everything else it delivers.

For several years now, Jabra has been consistent in approaching wireless earbuds. The combination of audio performance and reliability has positioned the company in the upper echelon year after year. However, when it’s time to refresh things, Jabra usually aims straight for the design to deal with concerns over fit and comfort.

That was clearly a major motivation behind the Elite 7 Pro, arguably the current flagship, despite the ongoing presence of the Elite 85t. The Elite 7 Pro also share the distinction with the Elite 7 Active, which are basically identical in every way save for a couple of design changes. To stand out as among Jabra’s best, the Elite 7 Pro had to balance out in all the right ways. 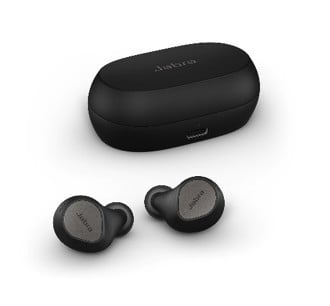 Bottom line: Jabra addressed one of its most common challenges by making the Elite 7 Pro one of the most comfortable earbuds you can stick into your ears. With excellent sound quality and a slew of features and customizations, they stand out among the best your money can buy right now.

Jabra launched the Elite 7 Pro in October 2021, making them available for $199.99. They came to market simultaneously with the Elite 7 Active, an otherwise identical pair with a slightly lower price. Jabra usually keeps its earbuds in the market for longer stretches, so expect these to be relatively easy to find for a while. Just look out for price drops that may happen from time to time.

They come in black, titanium black, and gold beige. 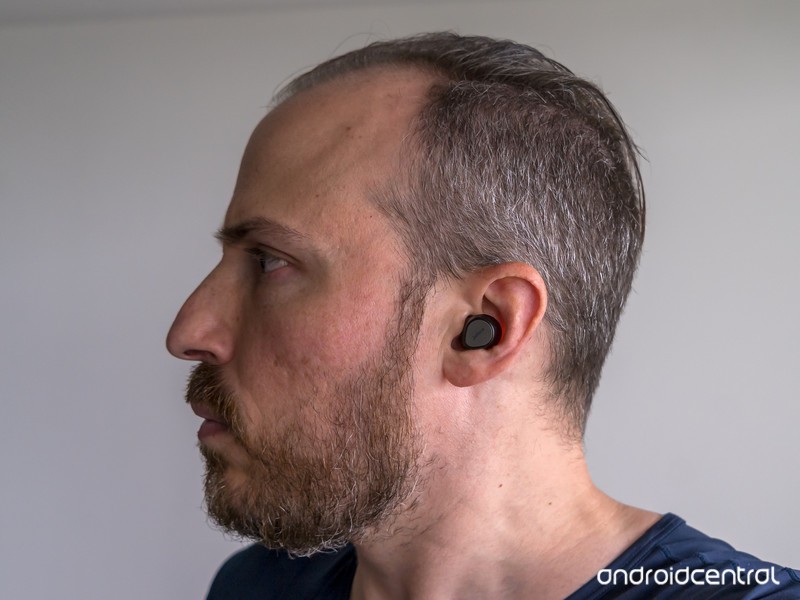 To find the ideal fit, Jabra claims it mined data from 62,000 ear scans to create “the perfectly shaped bud.” The goal was to build something elegant and small enough to fit a wider range of ears without feeling cumbersome or uncomfortable. It’s the challenge every vendor making earbuds runs into, but for Jabra, there was more at stake because it’s been the one mitigating factor that has stifled the company’s progress in the wireless earbud space.

When you boast that your earbuds represent “a design revolution,” you’d better be able to back that up. I always felt that the Elite 75t were the pinnacle of Jabra’s success that way, only to grow fatter with the Elite 85t. In this case, the Elite 7 Pro use the Elite 75t as a baseline and shed significant girth to come out looking nimble and accessible, regardless of how big or small you feel your ears are. Jabra also did this without changing the ear tips, although if you still have any lying around from the Elite 75t or Elite Active 75t, they will fit like gloves on the Elite 7 Pro.

There are three sizes to choose from out of the box, so you’re likely to find the one that suits you. However, it’s wise to test them out first before setting everything up because active noise cancelation (ANC) doesn’t work until you customize it first. 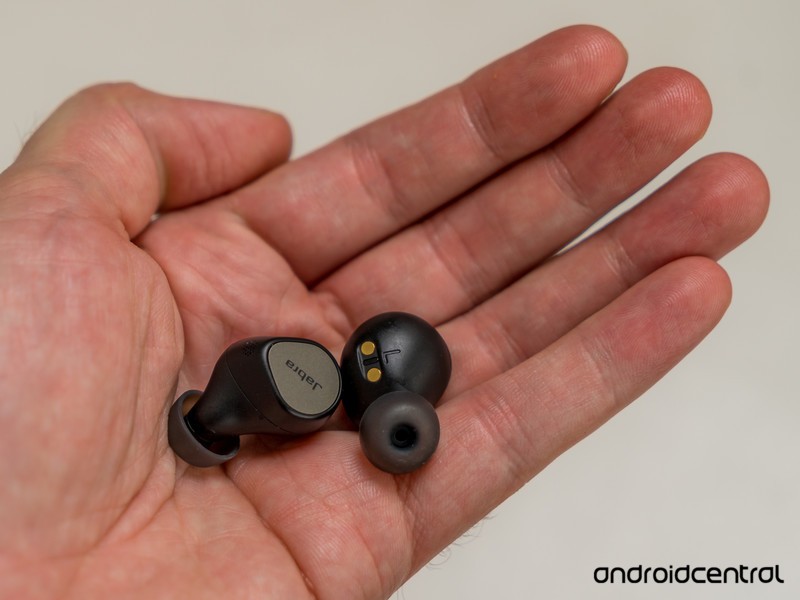 This is an odd choice for Jabra, who used to make that an elective process. I’ll get into more depth about it later, but in any case, feeling the right fit is crucial to getting the best out of these earbuds. I found them to be the most secure fit I’ve experienced on a pair of Jabra earbuds to date. It was rare for me to wiggle them back into place or feel an itch after longer listening periods. They never felt stuffy or pressed hard on any part of the inner ear. From a design standpoint, it’s hard not to see this as a big win.

However, fit doesn’t matter if the performance isn’t there to take advantage. The 6mm drivers are modest compared to some competitors, and codec support is limited to AAC and SBC, which is unfortunate because aptX or LDAC would’ve been great to see as options.

Even so, it’s hard to argue with how these earbuds sound. I don’t know if it’s leaps and bounds better than Jabra’s prior models, but I felt it was more balanced. What these earbuds do better — and it’s an important distinction — is manage to deliver thumping bass, defined mids, and vibrant treble. And it works for pretty much any genre you like listening to. As per usual, Jabra serves up an EQ in its Sound+ app to help you choose how you want them to sound. The presets aren’t bad, but you still have flexibility in creating something you truly prefer.

What these earbuds do better — and it’s an important distinction — is manage to deliver thumping bass, defined mids, and vibrant treble.

As good as the sound is, it’s important it stays that way when things get busy around you. Jabra’s forays into ANC have been good, but not exceptional, so this was an excellent opportunity to change that. To start, you need to configure ANC through the Sound+ app before it even becomes active. It’s also best to do it in a somewhat loud environment to gauge just how much it muffles all that ambient noise. It’s worth playing around with the slider in the Sound+ app after you’ve set it up to align the noise cancelation with the noise around you. For instance, slide it in one direction, and you can better muffle low-frequency noises, like vehicles, whereas going in a different direction may be better at silencing voices. In either case, high-frequency sounds will leak through, so don’t expect to stamp out screams or sirens entirely.

From that standpoint, Jabra didn’t make a big enough leap in canceling out noise. The Sony WF-1000XM4 still reign in that department, and I would argue the Samsung Galaxy Buds Pro, as well as the Bose QuietComfort Earbuds, offer better results.

Jabra’s HearThrough mode isn’t quite as clear as the Elite 85t, owing to the smaller design taking away any passive ability to take in outside sounds. The Elite 7 Pro have a tighter build that relies more on the built-in microphones to pipe in the ambient sounds. I found it adequate and never really had any issues, but I did notice the difference from Jabra’s previous earbuds.

There are two other things Jabra excelled at with the Elite 7 Pro, and the first is call quality, courtesy of the company’s MultiSensor Voice Technology. These are among the best earbuds I’ve tested for talking on the phone. Not only were conversations clear, but people I spoke to were also stunned when I told them I wasn’t holding the phone.

If not for some background sounds coming in while walking, the clarity would’ve extended to outdoor calls. When I tried them while riding my bike, the wind did seep through, making it more difficult for callers to hear me, but it was still better than I expected. Plus, it’s rare to be able to mute the microphone without touching the phone, and that’s readily available here. Not only that, but I also never feared taking them outside because of the IP57 protection, making these earbuds perfectly fine around dust and water (just don’t swim with them).

It was always nice having auto-pause to cease playback when I removed one earbud and used only one earbud in mono. Finally, Jabra also rectified the lack of multipoint connections by updating the firmware in January 2022 to bring the feature into the mix. Super easy to listen to tunes or do a video call on a computer and still pick up a call when it comes in from my phone.

Then, there are the onboard controls. Since they’re buttons rather than touch-based surfaces, it’s hard to get things wrong. You can also configure the buttons through the app, letting you decide exactly what you want them to do. And you get to do that for playback, incoming calls, and active calls separately, which is nice.

A quick note about using a voice assistant with the Elite 7 Pro: You choose between whatever your phone defaults to (Google Assistant, Siri, Bixby) or Alexa, and in the latter’s case, you can tell it what to play on Spotify — a super convenient feature if your hands are busy and you want to play something or skip a track.

As for battery life, the Elite 7 Pro hold up fairly well at up to eight hours per charge with ANC on. At about 60% volume, I managed to hit seven hours, so these will hold up well, depending on where you set your volume levels. The case gets you 30 hours total, so close to four full charges. In a pinch, you can plug in for five minutes to get up to an hour’s playback. You can also lay the case down on a Qi wireless charging pad or surface to top up, along with USB-C situated way more conspicuously at the front. 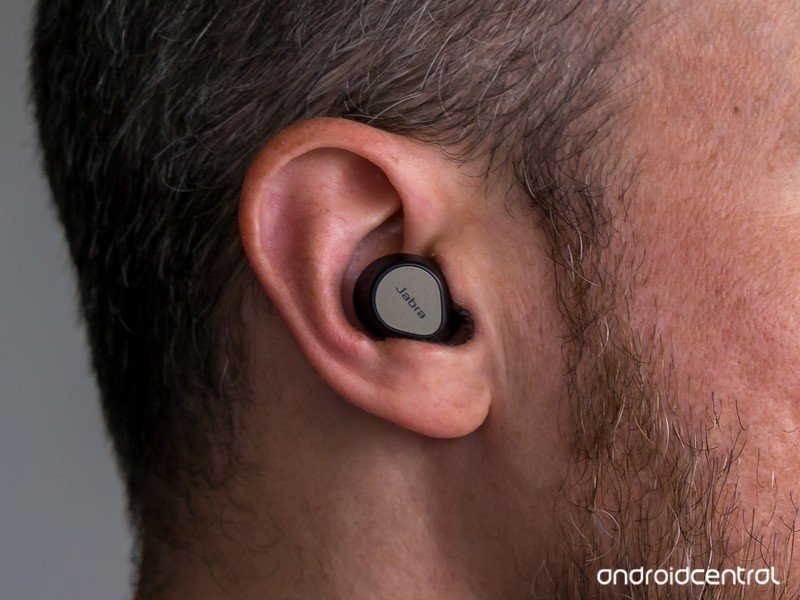 While I understand the process of customizing ANC, I don’t get why it has to be mandatory. The default might be fine for some, especially when using the Elite 7 Pro in quieter places. However, in force-feeding the customization, Jabra is also confusing the process. For example, the first step is to use a vertical slider to see how much it kicks in. It’s pointless to do unless you have noise in the background. The second step lets you adjust balance from left to right in case you need the effect to be more pronounced on one side over the other. With those done, you are good to go, but it’s a hassle to start.

While I understand the process of customizing ANC, I don’t get why it has to be mandatory.

The MyFit section is also something you don’t need to go through if you feel comfortable with any of the three tip sizes. The Elite 7 Pro were built well for that purpose, and I suspect MyFit will feel like a redundant exercise. 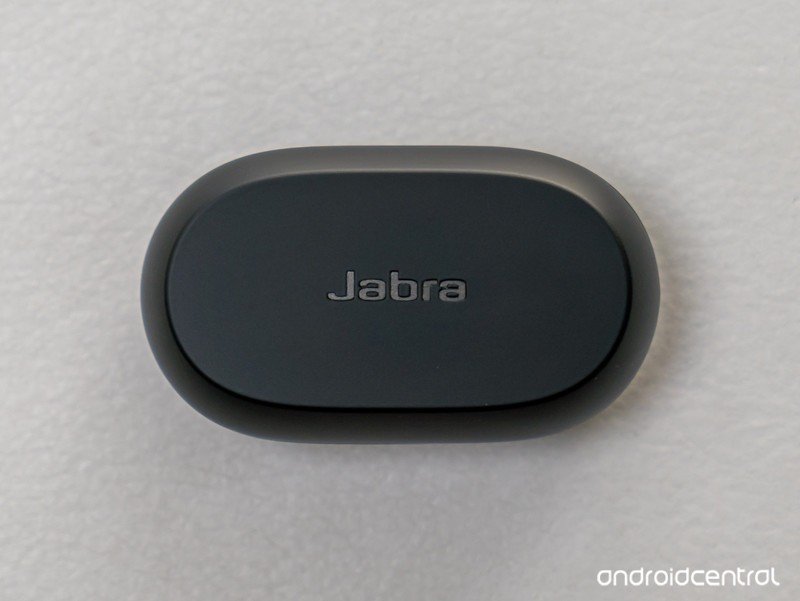 The Jabra Elite 7 Pro compete with the best wireless earbuds, and that means there are compelling choices to think about. If you want to stay in the “family,” you can always try the Jabra Elite Active 75t, or if you feel the Elite 7 Pro are too small, the Elite 85t may be a better fit. If you want something ruggedized with an endless array of choices to customize audio playback, the Jaybird Vista 2 won’t disappoint. If you want to spend less money, the nearly identical Elite 7 Active are also an option.

When ANC matters, the Sony WF-1000XM4 are still king, while the Anker Soundcore Liberty 3 Pro look to be tough competitors for less money. These are only some options, but you’ve got options when you’re in the performance and pricing range of the Elite 7 Pro.

Jabra Elite 7 Pro: Should you buy? 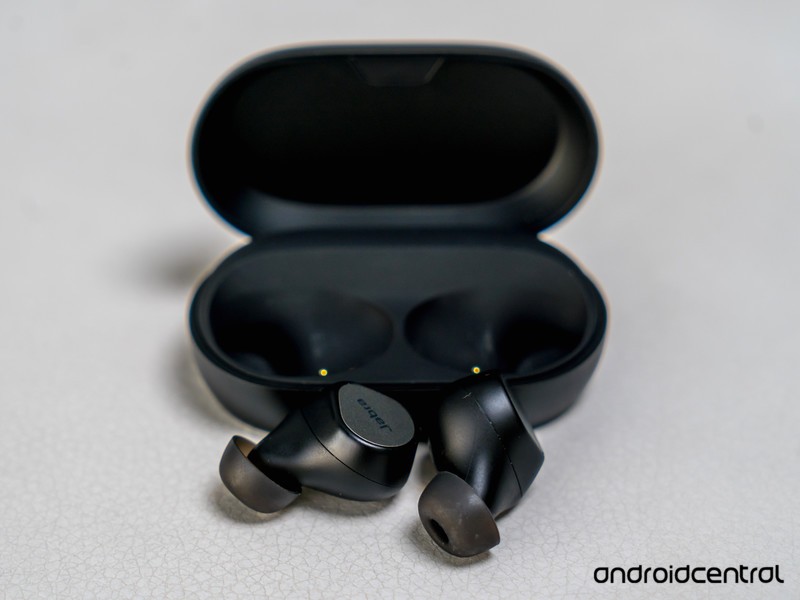 You should buy these if …

You shouldn’t buy these if …

The Elite 7 Pro are what many have been waiting for Jabra to produce going back years now. With each generation, the company seemed to step closer in one regard while stepping back in another. That just didn’t happen here, and everyone who wears these will benefit from that. When you get a combination of fit, function, and fidelity like this, it’s hard to put them away for something else.

The price is also reasonable for what you get, considering how Jabra covers so many bases. So if your budget has enough for really good and dependable earbuds, look out for these.

Jabra makes the Elite 7 Pro more comfortable than any of its past earbuds, and that only helps make the other parts contribute to what is an outstanding sum. You can expect fantastic sound, active noise cancelation, plenty of custom options, and solid battery life.