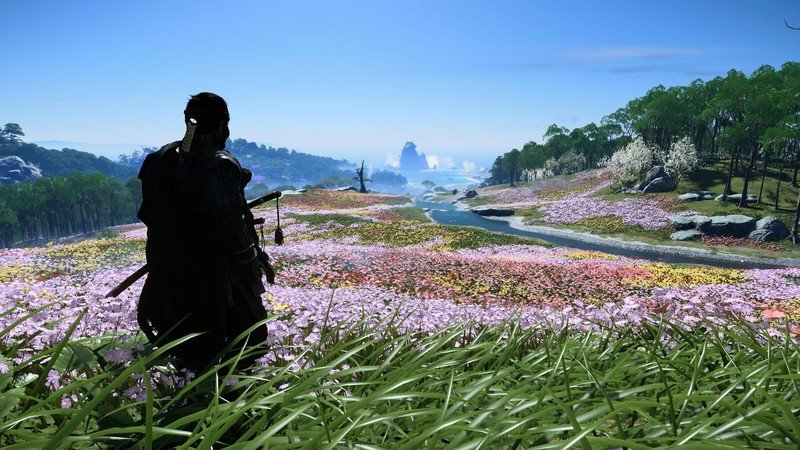 Ghost of Tsushima was one of the swan songs of the PS4, a game where Sucker Punch Productions told the story of a lone samurai struggling with his identity while beating back the unending Mongol invaders. Now, with the Director’s Cut, the developers have packaged in a new expansion set on Iki Island. The PS5 version also has a handful of other upgrades befitting the more advanced hardware.

Interesingly enough, moving forward, the Director’s Cut is the only way to buy the game digitally if you’re a newcomer, while existing players can upgrade in order to access the new story and features at a reduced price.

Overall, Ghost of Tsushima: Director’s Cut is a solid package, delivering improvements on the existing experience, while the new expansion offers new challenges even for the most seasoned players. This early on into the PS5’s lifecycle, it’s arguably one of the best PS5 games available. That said, the pricing strategy is a bit bold and with how well the original game held up visually, there’s a question of whether you even need the PS5-enhanced version. 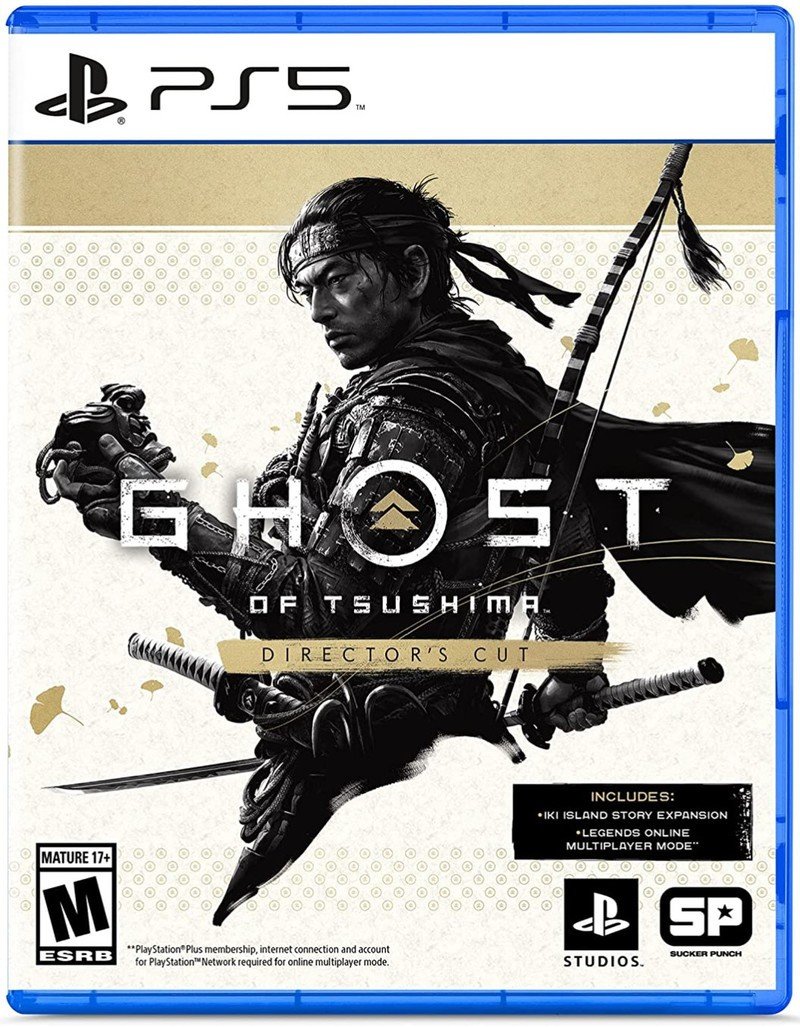 Bottom line: Ghost of Tsushima: Director’s Cut is a worthwhile way for new players to experience the game, while the Iki Island expansion provides even more to explore for returning players. The PS5 version is pricy for what you get though.

Disclaimer: This review was made possible by a review code provided by Sony Interactive Entertainment. The company did not see the contents of the review before publishing.

Ghost of Tsushima Director’s Cut: What I liked 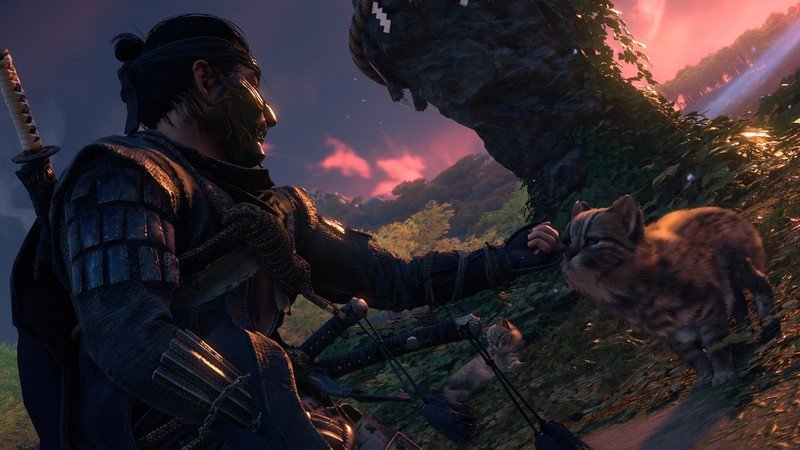 Ghost of Tsushima was already a solid game. I won’t retread too much ground there since our Games Editor Jennifer Locke already reviewed it back in 2020. The main plot and villain were a bit weak at times, with fairly stereotypical dialogue and motivations, but the gameplay shined, allowing players to go the route of a samurai or ninja, mixing and matching different skills to face the Mongol threat.

As for what’s new, the main draw is the Iki Island expansion. This new story has protagonist Jin Sakai hunting down a new faction of Mongols, eventually leaving him stranded on the aforementioned island. You can choose to play this expansion after the events of the main game or as early as reaching Act 2, but I’d recommend the former, as the story flows a bit better that way and the enemies you’ll face are more difficult than anywhere else in the game. You also can’t leave until you finish the main plot on the island, so plan accordingly.

The new Mongol tribe is tougher because they’re well aware Jin can swap stances to adjust to different weapons, so many of them have started carrying multiple pieces of gear, switching from spears to shields at a moment’s notice. It’s a nice change that really keeps you on your toes. Even on medium difficulty, it had me rethinking how I approached engagements.

The plot also takes an interesting turn. Even with maxed-out abilities, Jin is unprepared for The Eagle, the main villain of Iki Island. Unlike the warring Khan, she seeks to corrupt and control by influencing your mind, inducing hallucinations with a powerful poison. The result is a surprisingly introspective look at Jin’s trauma, forcing him to literally face childhood fears and much more emotional threats while still confronting the very real, physical foes in front of him. I liked the change of pace and it works well for anyone who wants to better understand just who Jin really is.

I liked the change of pace and it works well for anyone who wants to better understand just who Jin really is.

It’s a small thing, but it’s also worth noting that pieces of the narrative reflect where you are in the story, which is a nice touch. If you’ve killed certain characters, completed the main game, or made a particular choice in the finale, there’ll be dialogue that reflects those moments. Outside of the expansion’s main narrative, there’s also a variety of side content both on Iki and added back on the mainland. Some standouts include archery practice and the animal sanctuaries, where you can play the flute for cats, monkeys and deer in a simple but wholesome minigame.

PS5 players can look forward to using the DualSense haptic feedback and adaptive triggers. It’s not as impressive an implementation as in some other PS5 titles but the horseback riding feels well done, with the clop of the hooves translated well into the controller. The Guiding Wind similarly feels nice on a DualSense, flowing in a physical direction in your hands, not just on screen. The game also loads even faster, though I should say that Ghost of Tsushima already loaded surprisingly fast, even installed on an aging hard drive.

Iki Island itself isn’t too large but this is definitely an expansion, not a small DLC. I completed the main story, side missions, and the various activities after around 10 hours.

Ghost of Tsushima: Director’s Cut: What I didn’t like 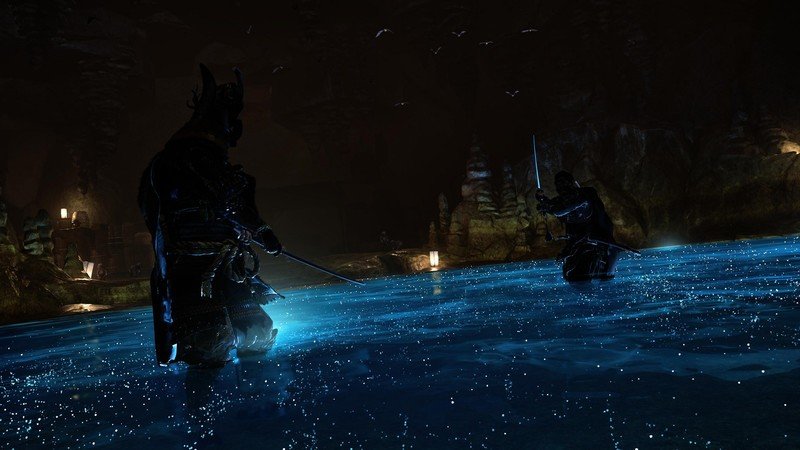 While I do like the introspective focus on Jin’s childhood trauma, the villain ends up supremely underused. The Eagle is unlike any adversary in the main game, yet it never feels like we get to understand who they truly are, or have any real juxtaposition between what she wants and what Jin is doing to stop her.

As much as I don’t care for the Khan in the original game, he felt like a personal villain. Jin’s hatred of him was and is earned since he kidnapped his uncle and conquered his castle. Here, while the Eagle is far more interesting in terms of how she fights, we also just don’t get enough of her to build that rivalry.

As for technical commentary, outside of the haptic feedback and improved loading, there aren’t many upgrades you’ll notice. Ghost of Tsushima already looked great on the PS4 so there aren’t huge visual improvements here, which feels lackluster considering the base version of the game was already upgraded to run at 60 FPS on PS5.

If this was a free upgrade, it wouldn’t warrant a complaint but unlike some other games from Sony Worldwide Studios, the PS5 features here are a paid upgrade. It’s included in the $30 upgrade, while $20 nets you the expansion by itself. This is a steep price for very few upgrades.

Ghost of Tsushima: Director’s Cut: Should you play it? 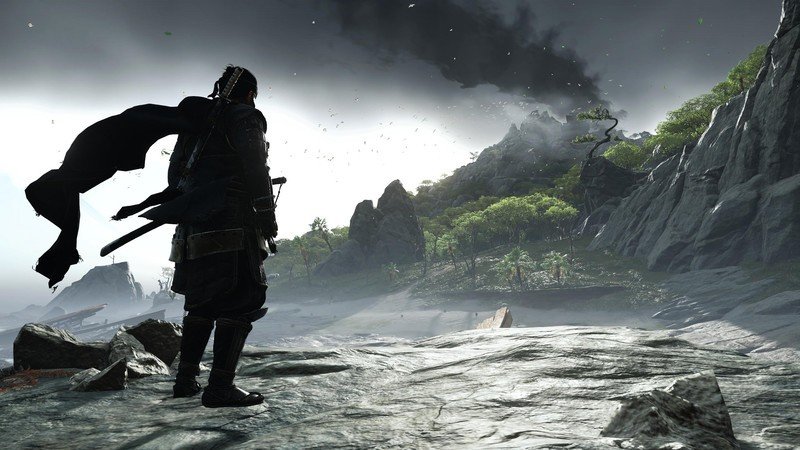 If you haven’t played Ghost of Tsushima yet, I can easily recommend the Director’s Cut to prospective players, especially with several big PS5 titles like Horizon Forbidden West still a ways out. Anybody who already owns the game is also likely to find a lot to enjoy here. The price of the upgrade is definitely bit of a sore point though, as $20 nets you the expansion but it’s $30 to actually get the PS5 version of the game.

Ultimately, Ghost of Tsushima: Director’s Cut offers more of what was already there: stellar gameplay, gorgeous landscapes and poorly motivated villains. Here’s hoping when we next see Jin Sakai, that latter point will finally be solved.

Bottom line: If you haven’t played it before, Ghost of Tsushima Director’s Cut is the way to go, offering an expansive journey of a one-man war against the Mongols. If you’ve already bought the main game, the upgrade is a little tenuous, but players who enjoyed the first go-around should find plenty to like here as well.