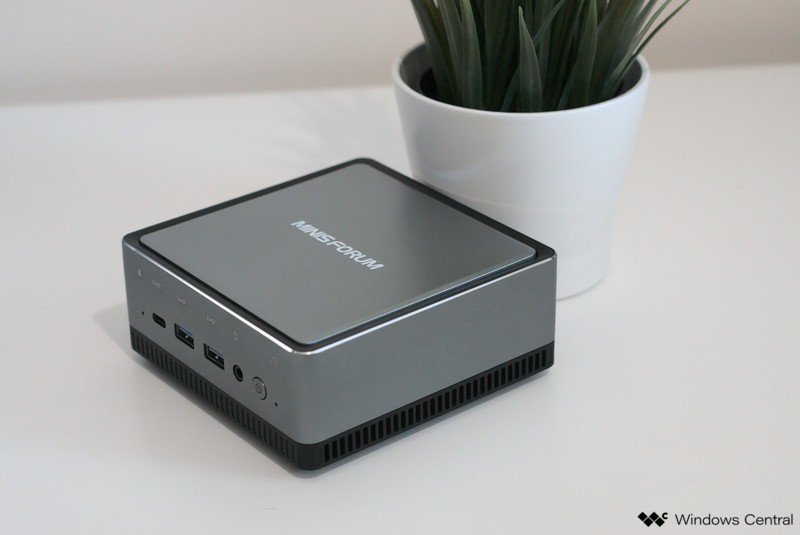 If you’re into small form factor PCs, you’ll want to give the U850 from Minisforum a look.

Minisforum makes plenty of smaller PCs that are ready to go once delivered. Pre-built PCs like the Minisforum U850, which we’re looking at today, are designed for those who require a small, relatively affordable computer that has everything required for video conferences, light workloads, and general PC use.

Powered by an Intel Core i5 mobile CPU and rocking some impressive features like an M.2 drive for the OS and a 2.5Gb LAN port on the rear, I was expecting it to be a mixed bag. I was, however, mightly impressed by the design, how Minisforum allows one to access the internal components, and just how much bang for the buck is on offer. 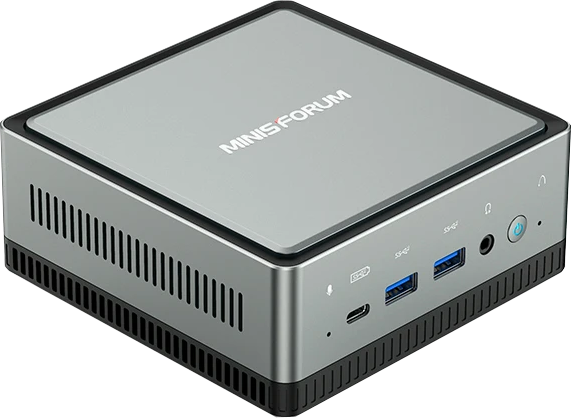 Bottom line: Minisforum U850 is an impressively small form factor PC that’s almost the same size as a DAC unit. It has plenty going for it, including excellent serviceability and easy-to-access components, but is let down by the sluggish Intel Core i5 processor. 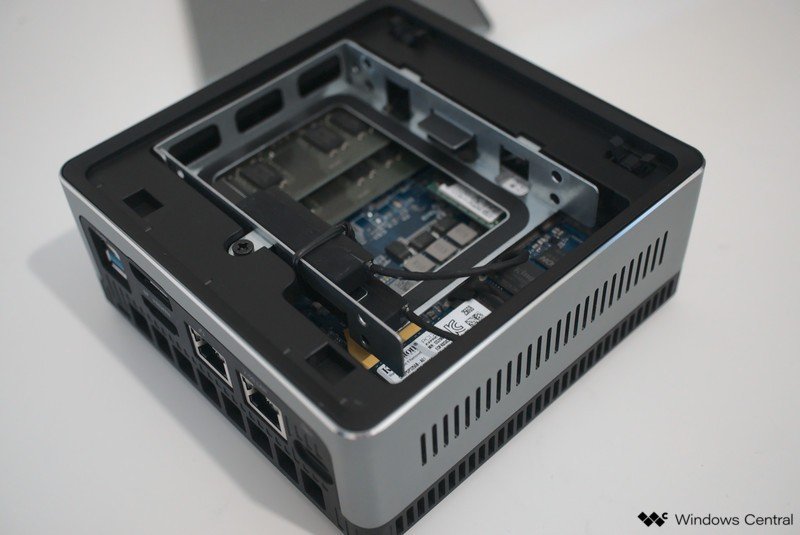 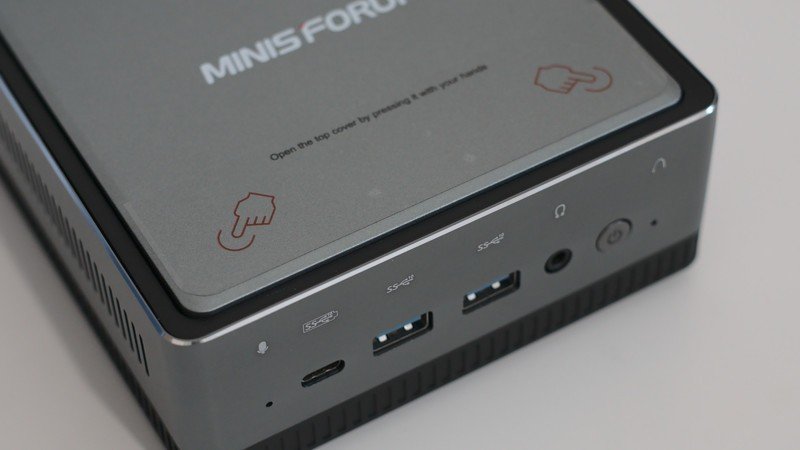 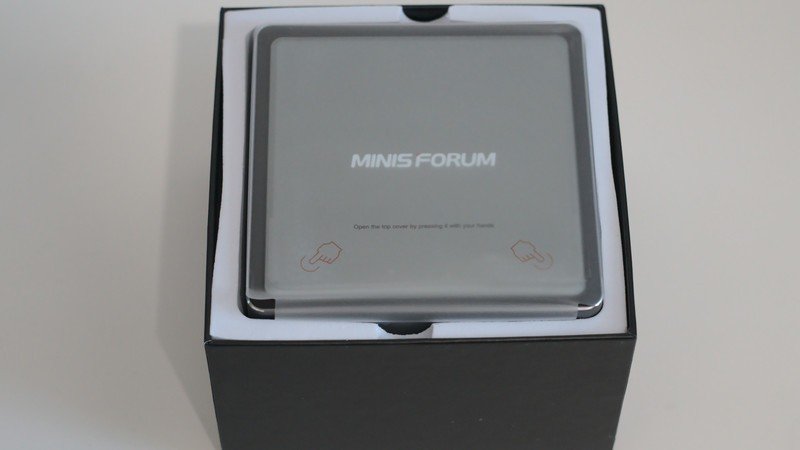 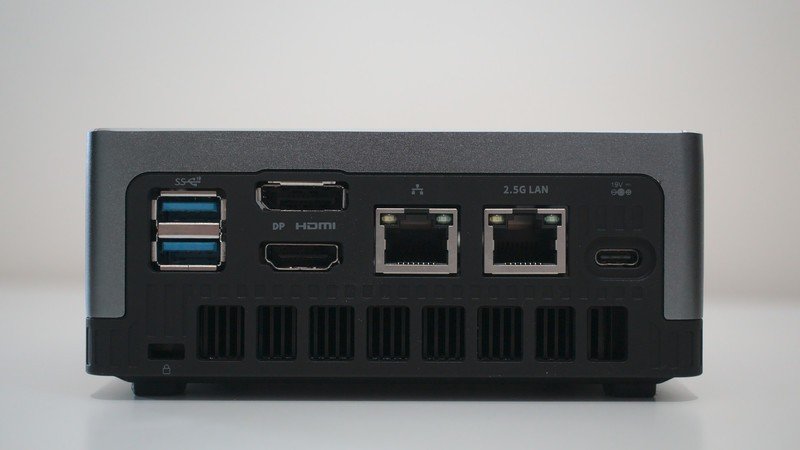 The Minisforum U850 is a small form factor PC with an attractive aluminum design. It’s seriously small. This PC is also completely toolless, allowing you to simply push in the top panel to unclip it from the main chassis for removal. Inside, you’ll find easy access to an empty 2.5-inch bay that can hold two (yes, two) SSDs.

The Minisforum U850 is one compact, well-designed miniature PC.

This is on top of the M.2 that comes pre-installed, depending on which configuration you choose. For review, we received the U850 with an Intel Core i5-10210U CPU (the same chip you’d find inside the Lenovo Yoga C740 14), 250GB M.2 SSD from Kingston, and 16GB of DDR4 RAM. The M.2 and RAM are easily accessible beneath the 2.5-inch cage.

Even the wireless card is accessible and can be removed. There’s plenty here that can be serviced, aside from the CPU and motherboard, of course. To keep all the insides cooled under load, Minisforum utilizes a single fan that sucks in air from the sides and blows it out the rear. 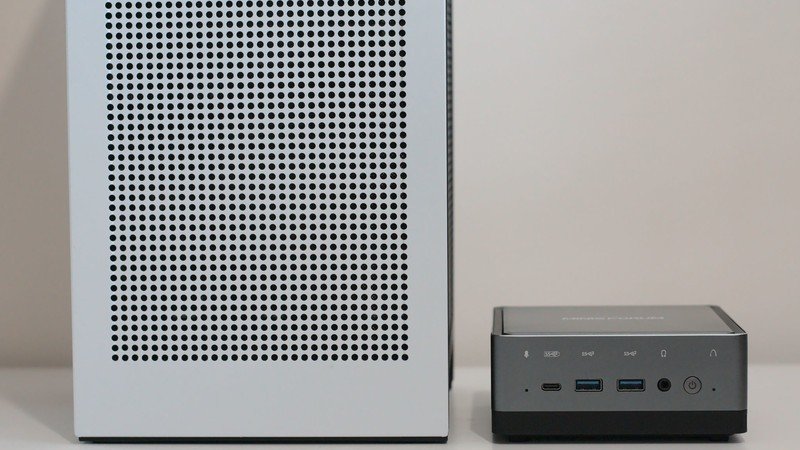 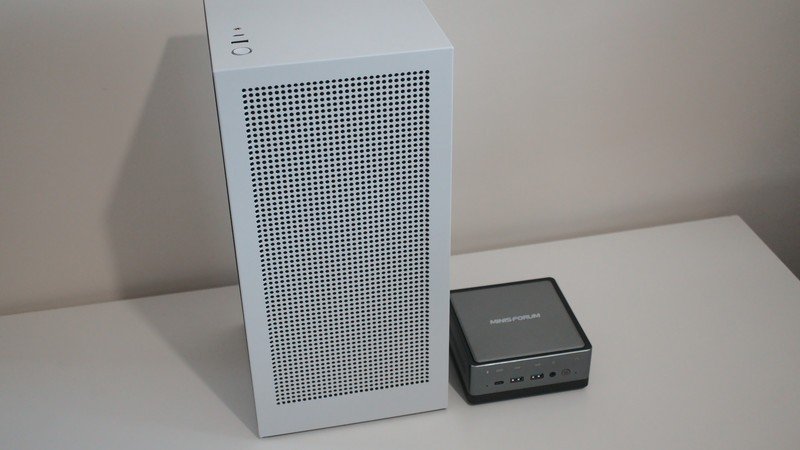 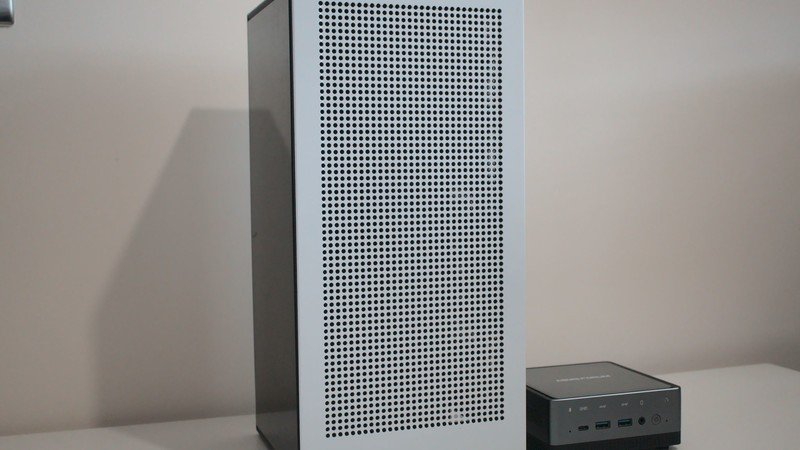 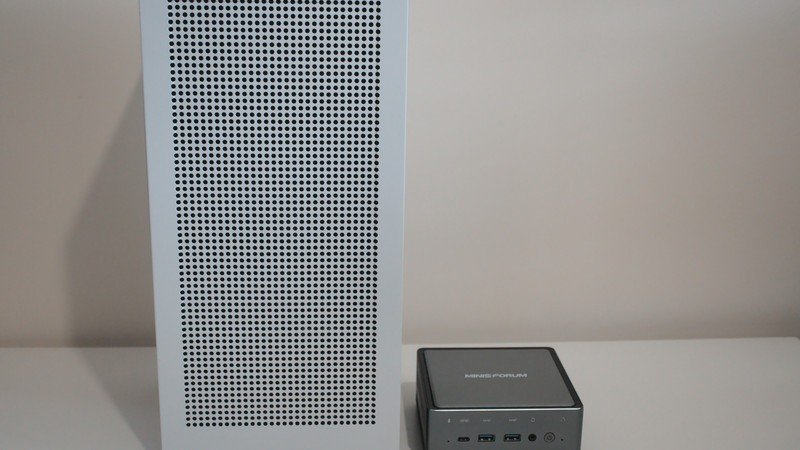 Moving onto the rear of the unit and you’ll find an array of ports. There are two USB-A 3.1 ports, a single USB-C 3.1 port (for AC power), DisplayPort, HDMI 2.0, and two SATA ports. The front of the U850 houses the remaining two USB-A 3.1 ports, a USB-C 3.1 port you can actually use, and a headphone jack. There are also small power and reset buttons.

There are two LAN ports on the rear of the U850. I chose to omit them from the above list because they’re worth highlighting separately. One is the usual 1Gb port you’ll find on many PCs out there, but the second LAN port supports speeds of up to 2.5Gb/s. This makes the U850 quite a compelling purchase for network-based activity.

Interestingly, Windows 10 Pro is installed by default, though Minisforum does state the U850 will happily chug along with Ubuntu Linux installed. 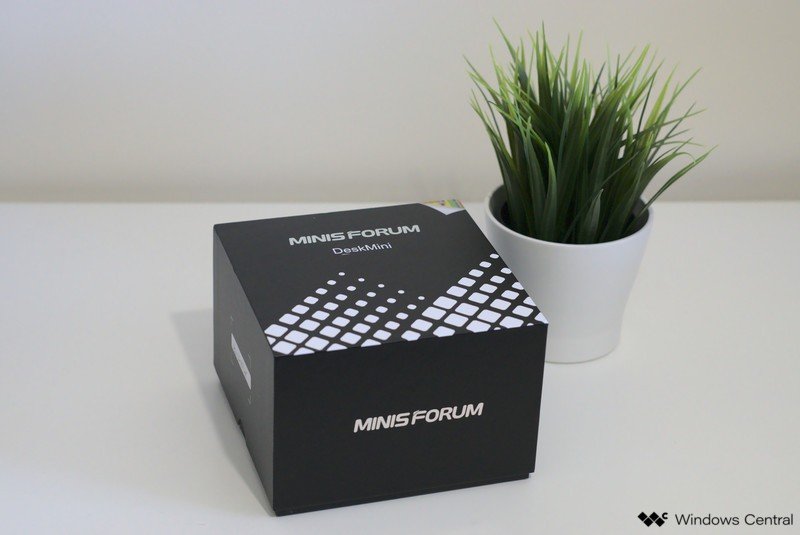 The major downside of the Minisforum U850 is the performance. The Intel Core i5-10210U isn’t the most capable mobile processor from the company and it’s not great in this format either. Even using the Minisforum U850 as a PC for general web browsing and light use will see some sluggish hiccups.

Running a few benchmarks, it’s clear to see just how far down the charts the 10210U is. Both in PCMark and GeekBench, the Minisforum U850 struggles to keep up with notebooks that rock far more powerful Intel processors. Where this PC does in fact shine is in the storage department. 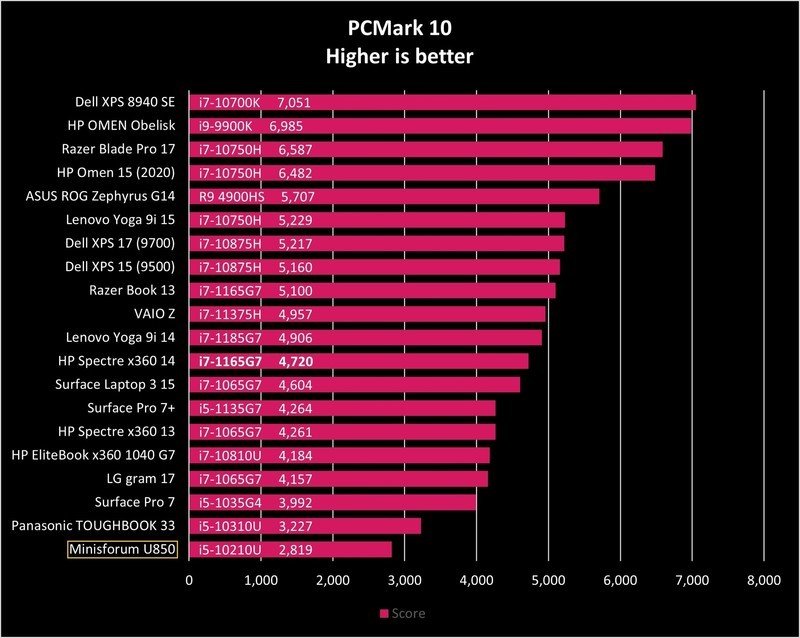 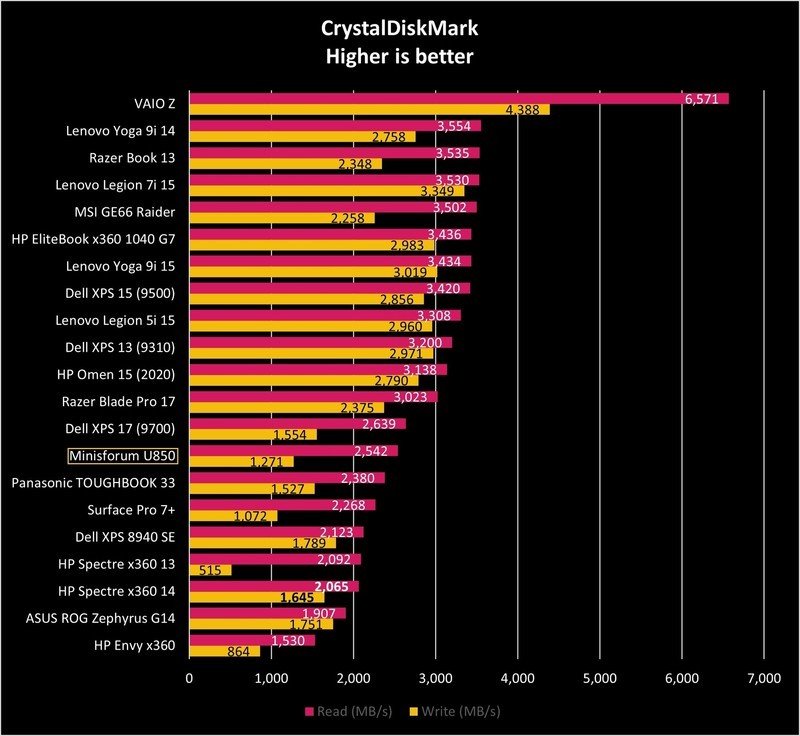 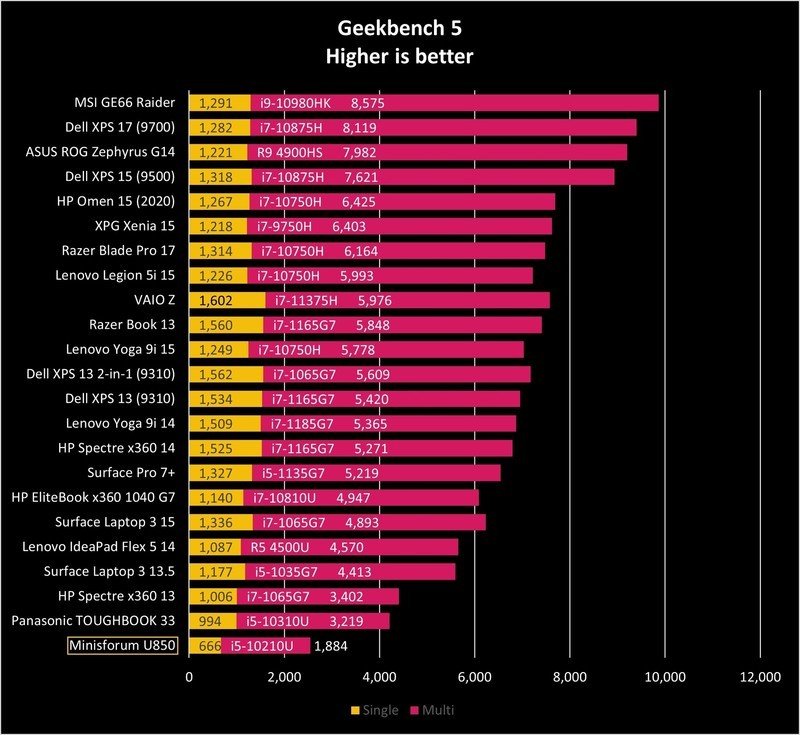 A PCMark 10 score of 2,819 is pretty poor, which means you’re not going to be doing much heavy lifting on this PC. I attempted to run GIMP and Darktable to import and edit some RAW photos. It was able to do so without error, but the performance just isn’t there. The wait to import a RAW photo alone is around 20-30 seconds.

Geekbench 5 saw single and multi-core results of 666 and 1,884, respectively. Again, like the PCMark 10 test, this isn’t great compared to more capable Windows notebooks. Still, for the price of just $659, one has to consider the value here, especially given you can easily upgrade the U850 with more RAM and an additional 2.5-inch SSD.

Speaking of storage, the included Kingston M.2 SSD is where this mini PC shines. CrystalDiskMark results show some pretty good read and write speeds with 2,542MB/s and 1,271MB/s, respectively. These numbers won’t blow range-topping M.2 SSDs away, but it’s actually better than the storage found inside the Microsoft Surface Pro 7+ and a few other portable devices. 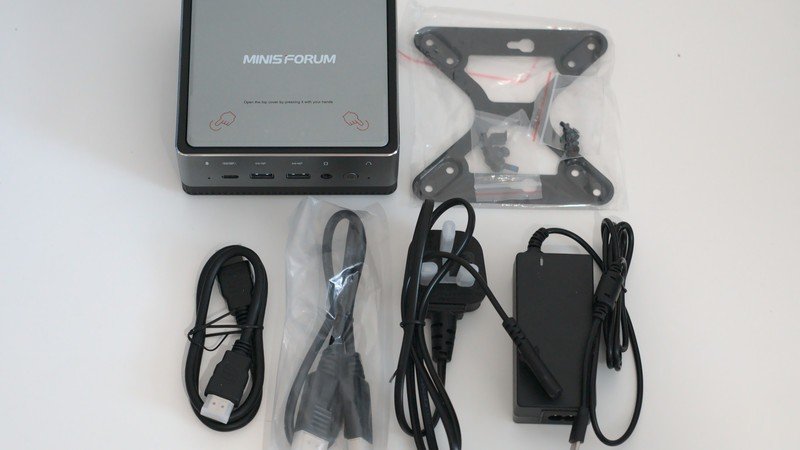 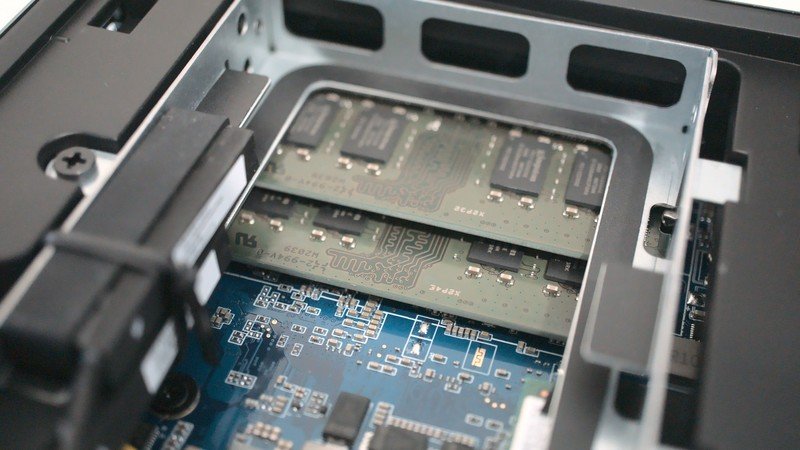 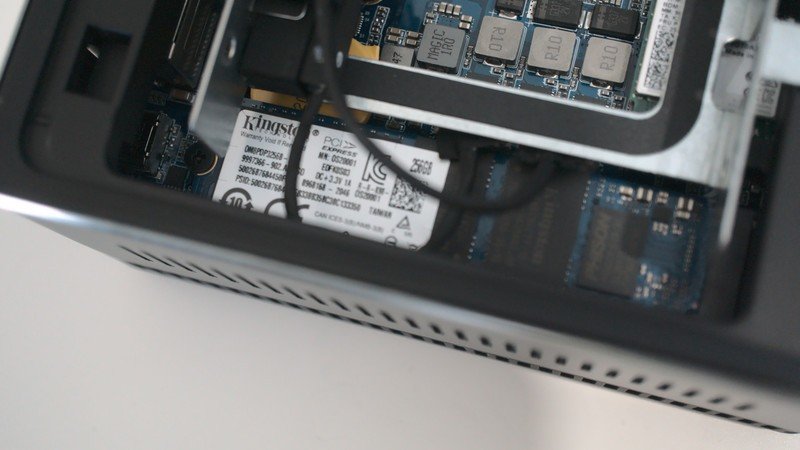 On the flip side of the rather underpowered CPU, the Wi-Fi 6 wireless card is a nice touch for 2021, so too is the support for up to 64GB of DDR4 RAM. And that’s really what the performance boils down to. The SSD and RAM from Kingston are both very good for general PC use, but the Intel Core i5 mobile processor can find itself way out of its league.

And when you do throw something at the U850, the small fan ramps up high. The noise isn’t annoying as such but is certainly a noticeable smooth airflow sound.

Should you buy the Minisforum U850? 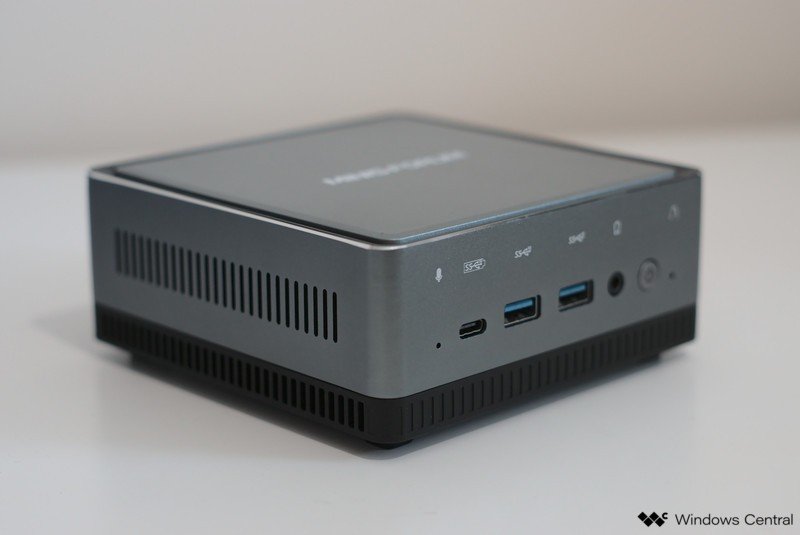 I really like the Minisforum U850 as a mini, general productivity PC. I think the company did a great job cramming everything inside that it could. The 2.5Gb LAN and Wi-Fi 6 are both excellent additions. The ability to add two 2.5-inch SSDs to the storage pool is brilliant for anyone wanting to store some files or turn this into a small NAS box.

I also like how you can easily access basically everything inside the U850 by pressing down on the two front corners of the top panel. Want to replace the pre-installed RAM with something else? Go for it, this thing can hold up to 64GBs of the stuff. Need a slightly faster M.2 SSD? It’s also easily removable.

It’s just a shame that Minisforum went with the Intel Core i5-10210U processor. The U820 is actually more affordable than the U850 but comes rocking the Intel Core i5-8259U, which may be older than the 10th Gen processor but is slightly more capable. I would like to have seen a better processor inside the U850, but it’s still one of the best mini PCs and NUCs you can find.

The Minisforum U850 has so much going for it. It’s small, comes with VESA mounting bracket, has upgradeable RAM, storage, and even rocks a 2.5Gb LAN port. It’s just a shame the Intel Core i5 CPU isn’t quite as good.