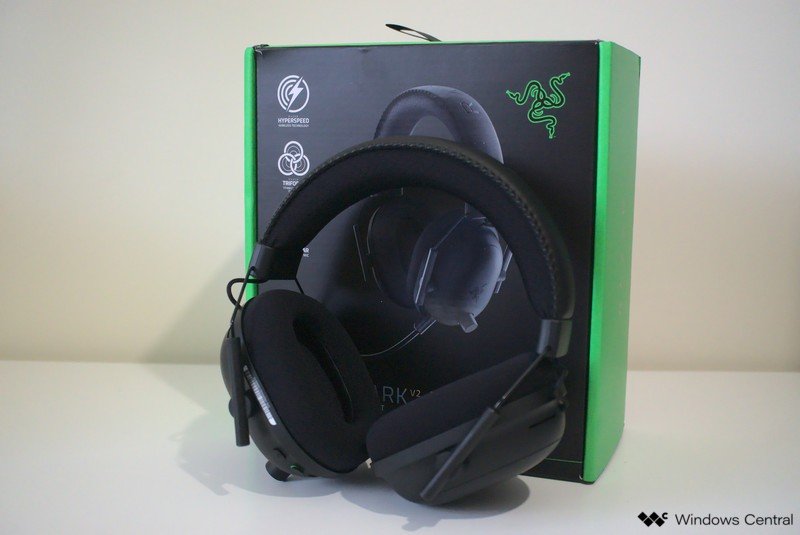 Razer took the newly released BlackShark V2 headset and made it even better by removing all the cables.

The only issue I had with this new refresh is that it still requires one to be anchored to the PC. I’m sold on wireless headsets now that technology for them has really taken off. Thankfully, Razer understands this and has released the BlackShark V2 Pro, which is essentially the same headset but without cables. Is it worth a full $175? 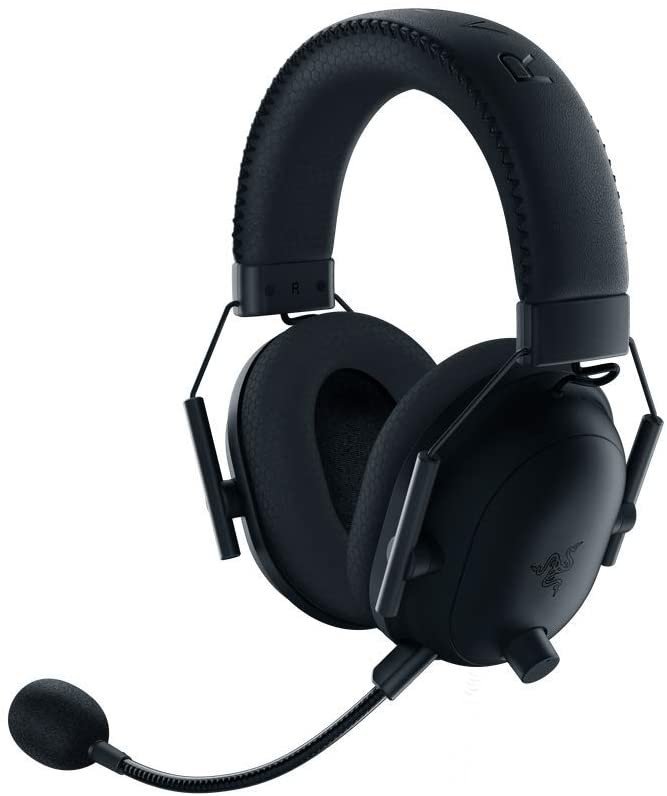 Bottom line: It’s the excellent BackShark V2 but without all those pesky cables. Expect to enjoy ultimate comfort and audio quality. 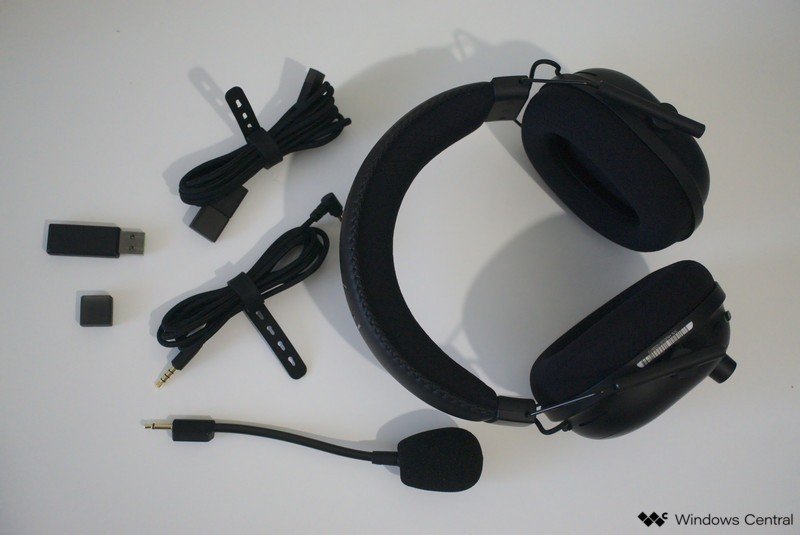 The BlackShark V2 Pro, like its non-wireless sibling, has plenty of features to justify the high price. There are the same all-new d50mm TriForce Titanium drivers, which handle all the audio output and is split into three sections. This allows Razer to tune the headset for highs, mids, and lows.

There’s even the inclusion of the THX Spatial Audio system, which means Razer is in the business of creating headsets that actually sound good. Gone are the days of gaming headsets that sounded awful compared to decent headphones.

What you’ll like about the Razer BlackShark V2 Pro 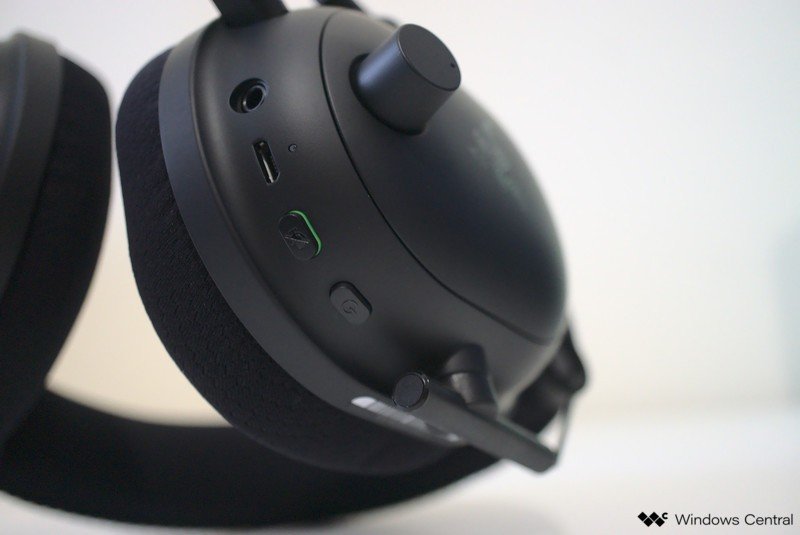 If you enjoyed the original BlackShark design like I, you’d be pleased to learn that the helicopter pilot look is still present, but with a more modern approach. Razer placed the controls on the headset cups themselves instead of the cable, which is great for when you’re already in heated action. There are also audio controls located within Razer’s Synapse PC software.

Razer keeps the distinct helicopter design for the BlackShark V2 Pro but turns everything else up to 11.

Even though this is a wireless headset and weighs more than the BlackShark V2, it’s still striking just how light and comfortable the wireless Pro version is to use. Razer did a fine job hiding the fact they had to pack inside batteries and additional tech to make everything work. At just 320g, you’ll easily be able to wear the BlackShark V2 through the day without issue.

Once wearing the BlackShark V2 Pro, it’s easy to get lost in a virtual world by how good the seal is when covering your ears. The best part is you don’t have to suffer from aching ears for this soundproof seal to form. Now you can easily ignore the world around you without any drawback. Razer trimmed the cups in fabric with a memory foam padding for additional comfort. 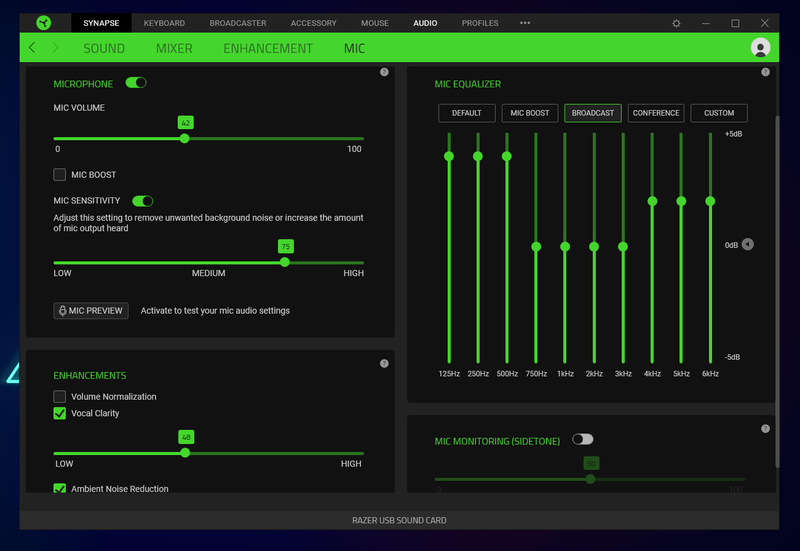 The sound quality is brilliant. The new 50mm drivers are excellent at producing all the ranges games through at you. Playing games like Path of Exile, where a lot is happening on screen, or GTA V for some classic tunes and plenty of action, it was easy to get lost. The same goes for more competitive play in titles like PUBG.

The microphone is also pretty good. It’s not too quiet, which can often be the case with gaming headsets, especially some of the wireless options. Friends and guildmates will easily hear you in your favorite VoIP app. If you frequently play with others (or not), this wireless headset won’t let you down with audio and communication.

We covered the THX Spatial Audio system in a dedicated review, as well as within the BlackShark V2 piece, so be sure to check them both out for more details on how it all works. It’s a great additional feature to the BlackShark V2 Pro.

What you’ll dislike about the Razer BlackShark V2 Pro

The BlackShark V2 Pro is marketed to work with consoles, and while it does this admirably, you should bear in mind that you’ll be missing out on some of the more advanced functionality. This includes the THX Spatial Audio system, so we’d recommend other headsets if your primary gaming focus will be on console.

I was also spoiled by SteelSeries’ Arctis Pro Wireless with the battery hot-swap system. This meant you could always be up and running without needing to plug the headset in. Once the BlackShark V2 Pro runs out of juice, you’ll need to hook up the USB cable for some charge.

So, should you buy the Razer BlackShark V2 Pro?

The BlackShark V2 is a highly recommended headset, and so it’s only right we give the wireless sibling the same positive score since using one without being tethered to your desk is a dream. The audio quality is right up there with other gaming headsets, and the THX Spatial Audio system is a nice touch.

Battery life is solid, so too is the option to use a USB cable to carry on using it after a long gaming session, as well as 3.5mm support for consoles. While Razer doesn’t employ a similar design as SteelSeries and its ski-band padding, the BlackShark V2 Pro is incredibly comfortable to use. It’s also fairly affordable, all things considered.

Perfect for esports and casuals

The Razer BlackShark V2 is an impressive headset for the price. Razer took the headset and added wireless functionality to create the V2 Pro, and it’s just as good.