Ring recently revealed the affordable Video Doorbell Wired, and the company is back with another announcement. The Video Doorbell Pro 2 is the company’s latest high-end home security device that includes a couple of notable upgrades, including 3D motion detection and “head to toe” video.

One of the Video Doorbell Pro 2’s most significant new features is the expanded field of view. The device captures a square video image, which means you’ll be able to see someone from head to toe when standing outside of your front door. You’ll also be able to see whatever package are right at your door. Before, Ring doorbells featured a 150-degree horizontal and 90-degree vertical field of view. That’s been changed to 150-degree horizontal and 150-degree vertical. 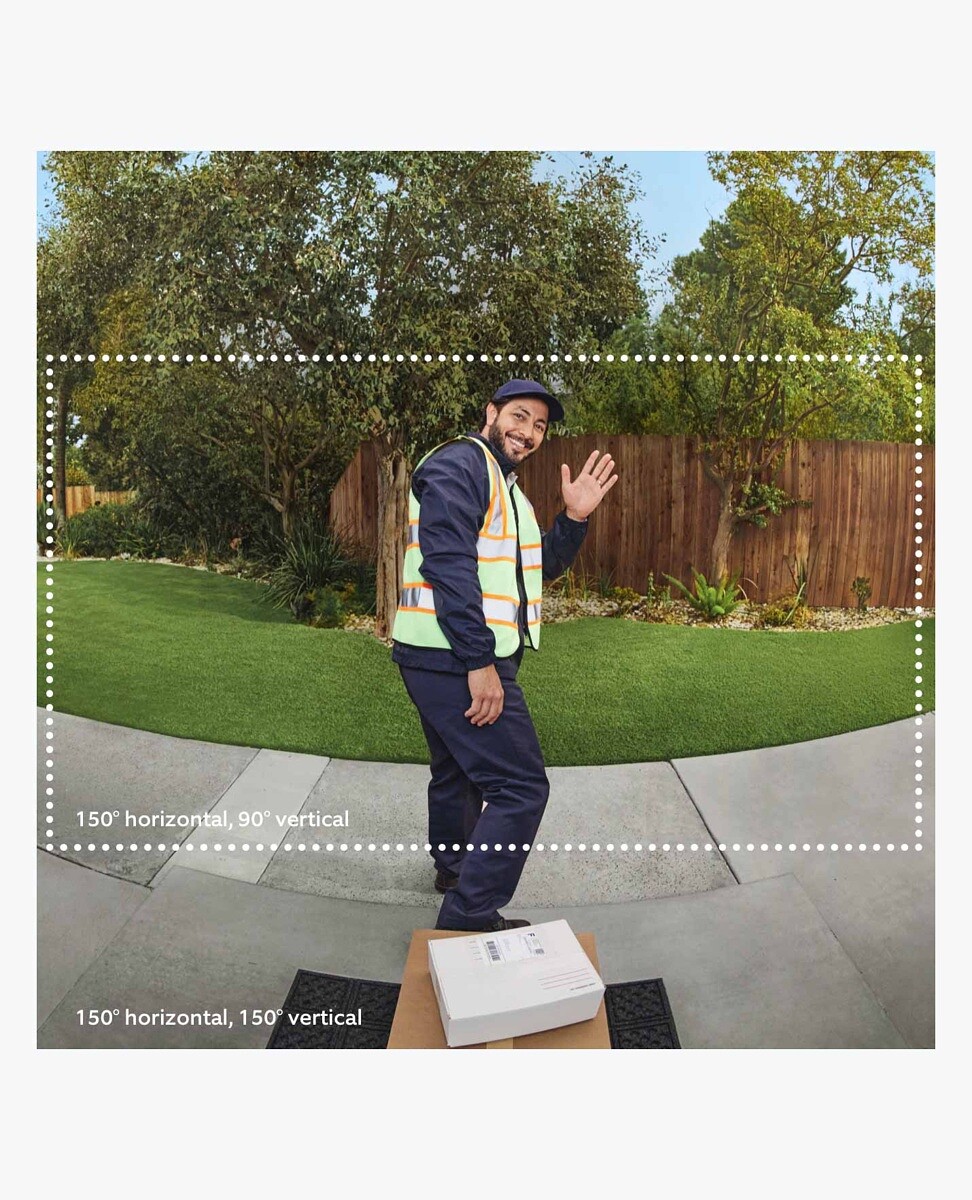 The new head to toe video will works nicely with the Video Doorbell Pro 2’s improved motion detection, which the company is calling “3D Motion Detection.” Ring said the device uses radar to better detect objects, and will allow homeowners to set more precise thresholds to monitor. The device will start recording only when a threshold is crossed.

The 3D Motion Detection system also powers a “Bird’s Eye View” feature. Users will get an aerial view of their property and a map of where a motion event starts. The feature will also give historical context to the nature of an event. With the ability to detect motion with radar and get a bird’s eye view of a person’s movement, it’s hard not to see the Video Doorbell Pro 2 kicking off more radar-equipped products from Ring.

Ring said the Video Doorbell Pro 2 can record 1536p HD video, which is better than standard HD but not quite 4K. The device also comes with an array microphone that limits sound distortion for clearer audio and video. Speaking of audio, Ring is adding new preset replies that essentially act as an answering machine for your front door. If you subscribe to a Ring Protect Plan, you’ll get more advanced Alexa Greetings, which allows Alexa to greet visitors, take messages, and even provide instructions to delivery drivers.

The Video Doorbell Pro 2 is a wired doorbell, so keep that in mind before purchasing the device. The new device is expected to ship on March 31, with preorders starting today at $249.