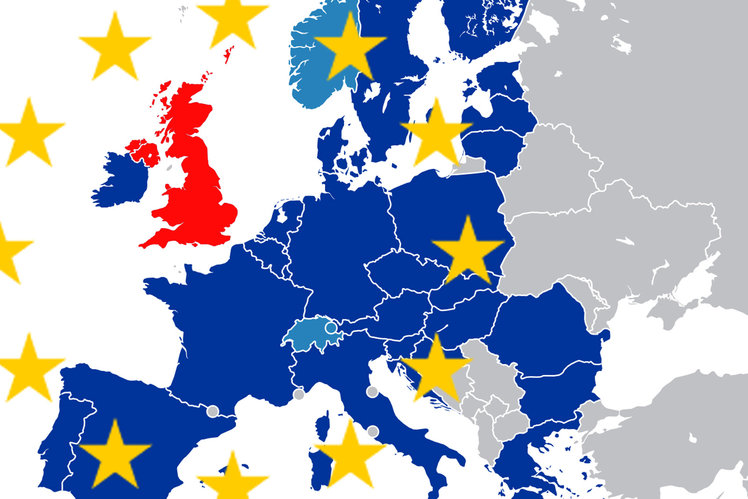 Will Brits still be able to get free mobile roaming in the EU? That’s what this feature is here to do – or at least give you a better idea of what to expect.

As you know, the UK has left the EU. But we are in a transition period until the end of 2020. This means that we’re following EU rules for the remainder of the year, so the interesting part is what will happen on 1 January 2021.

There are two aspects to continued free roaming after that date – firstly, the legal perspective from the Government and secondly the perspective of the networks themselves – in other words, are they actually planning on introducing roaming charges?

So let’s look at what’s going on from the legal point-of-view first and then check out what each network has to say about the potential impact.

Will there be any change to roaming charges before the end of the transition period?

No there won’t. The status-quo will continue, so in another EU country* you can make calls, send texts and use data at the same cost as you would if you were in the UK.

Key to this is that currently EU mobile operators are mandated to apply a financial limit for data usage of 50 Euros – this is £45 for the UK. Operators are also required to send an alert once you’ve reached 80% and 100% of your own data roaming limit – wherever in the world you are.

The certainty of so-called “surcharge-free” – or free-roaming will end according to the Government.

“The guarantee of free mobile phone roaming throughout the EU, Iceland, Liechtenstein and Norway will end. Check with your phone operator to find out about any roaming charges you might get.”

As we mentioned there’s an implementation period – or transition period – until the end of 2020. During this period nothing will change. So that means that things could change on 1 January 2021.

Basically speaking, the Implementation Period (or transition period) is the time the UK and EU have given themselves to thrash out a deal on the future relationship between the two parties (known as the Future Economic Partnership, fact fans). Most people are referring to this as a “trade deal”.

How things stand on 1 January 2021 depends on negotiations, but if we were betting people, we’d have said the status quo will continue as we’ll end up with a satisfactory arrangement for all parties in terms of all kinds of goods and services.

And if there’s no trade deal…

Having no trade deal is essentially the wild west for roaming – EU mobile operators will be able to charge UK operators whatever they want to provide roaming services to their UK customers. That’s because the rate would no longer be regulated.

In that event, surcharge-free roaming wouldn’t be guaranteed and won’t be standardised. We’d move to a situation where roaming charges are driven by commercial reasons. So maybe Network A would still offer free roaming because they might lose too many customers, for example. Or maybe Network B offers a more expensive tariff but it’s one that includes restriction-free roaming.

Again, it’s not quite that simple – many UK operators have relationships with partner networks in the EU or are owned by the same parent companies. So some will have preferential relationships. It’s certainly not the case that “everything will become more expensive” as it probably won’t.

We would end up with a myriad of pricing which with costs depending on which country you’re in and which network you’re with. And, yes, which tariff or bundle you have, too.

Jack Webster from CompareMyMobile says that there’s a lot that’s currently unknown. “While there may well be good intentions to keep roaming free, this will depend on the charges levied by the countries users are travelling in and the cost they want to charge for using their infrastructure and it currently feels quite an unknown quantity.

Will there still be a cost cap?

The UK Government has legislated to financially restrict roaming use as per the current EU directive (so with a £45 default cap). Once you reach £45, you will need to opt in to spend more.

The Government has also legislated to “retain in UK law” the EU Roaming Regulation that ensures networks must help their customers avoid inadvertent roaming. This will be a key problem in Northern Ireland where, obviously, it is easy to roam onto an Irish Republic network if you have roaming turned on.

However, it can also be an issue in other areas – before roaming was standardised across the EU there were numerous stories about people inadvertently roaming onto French networks on the South coast of England, particularly in Kent.

What do the UK networks say?

Networks are still keeping things to a broad brush in terms of their comments at the moment. We’ve listed comments from all the key UK networks below. Broadly-speaking though, there is a common theme, saying they currently have no plans to change what is on offer.

However, the key word there is “currently”. Things might change at the end of 2020; there is a clear acknowledgement from some that things depend on the outcome of negotiations and market forces.

“Our customers enjoy great value products and controls offering inclusive roaming in Europe and beyond, and we don’t have any plans to change these offers. We are working closely with government on this and hope Brexit negotiations will help ensure that UK operators can continue to offer low prices to our customers.”

“We’re committed to providing our members with great connectivity and value when they travel overseas. We currently have no plans to change our roaming services across Europe.”

“We’re committed to providing our customers with great connectivity and value when they travel overseas. We currently have no plans to change our roaming services across Europe. We will be working closely with the government and other European operators to try and protect the current arrangements so our customers can continue to enjoy free EU roaming.”

“At present, Sky Mobile has no plans to introduce roaming charges for customers even in the event of a no-deal Brexit.”

“There are no plans to change free roaming in Europe for our customers but we are monitoring the situation and will, of course, inform customers if any changes are going to be made.”

“Three is the global leader in international roaming and now offers roaming at no extra cost for its customers in over 70 destinations including Brazil, Singapore, the US and Australia. We’re committed to eradicating excessive roaming charges and will retain this great customer benefit regardless of Brexit negotiations allowing our customers to continue using their usual allowances when they travel within the EU.”

“Like all other businesses we’re monitoring the progress of Brexit negotiations closely. If any changes are made to our roaming policy after Brexit we’ll let our customers know in advance.”

“It’s too soon to assess the implications of Brexit on roaming regulation, however, we do expect competition will continue to drive good value for customers.”

Note that a couple of sources have claimed that Vodafone will definitely stick to free-roaming after Brexit. In response, the network has told Pocket-lint that it stands by its statement above.