Small novelty at MSI which announces the arrival of a small graphics card. Indeed, the brand now offers its RTX 3060 Ti Aero ITX LHR. You know the concept: an ultra-compact card to fit in all cases, even the smallest! 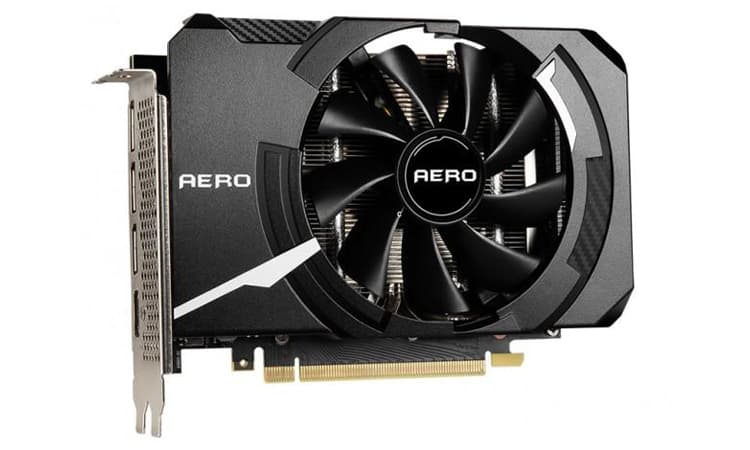 Who says ITX card says also reduced size and it is also what this model offers. Indeed, we have a reference that displays only 17.2 cm in length for a footprint of 2 slots.

The heatsink is still worked since this model offers a radiator crossed by four heat pipes. The latter are also in direct contact with the GPU while there is a large aluminum base for cooling the memory chips. Finally, the brand opts for a fan to blow on all this little world!

In terms of frequency, we find a rather timid factory overclocking, but it is there. Thus, the card displays 1695 MHz in boost instead of 1665 MHz for the Founders Edition of NVIDIA. However, the memory frequency has not been touched: 14 Gbps. Moreover, this is the LHR version of the 3060 Ti produced by the greens, resulting in a hashrate of 25 MH/s on ETH.

In terms of connectivity, we find the usual outputs: three DisplayPort 1.4a and an HDMI 2.1. Finally, the power supply will require an eight-pin PCIe auxiliary.

Here is the technical data sheet of MSI!