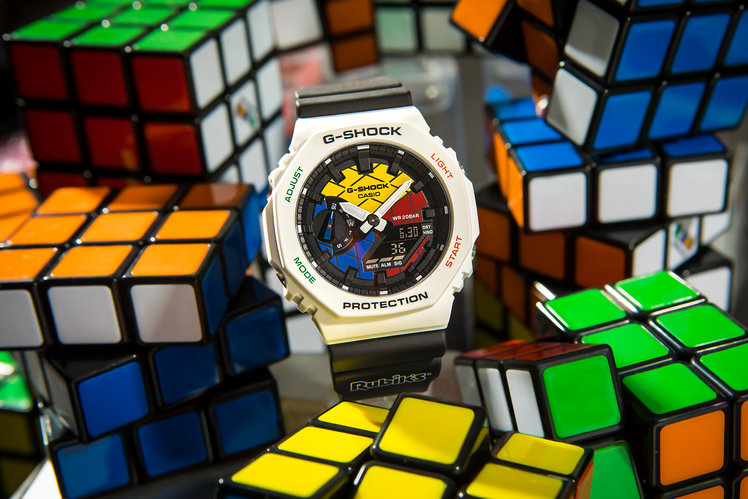 Coming on 9 February 2022, it is inspired by the iconic Cube and represents the first collab watch with the brand’s octagonal case shape, as found on others in the GA-2100 series.

As well as feature a retro design on the face, with the Cube in the background, the colours on the band are based on the puzzle too. Plus, there are two bezels included in the box – in white and black – and a tool to swap them over whenever you fancy a change.

Even the presentation case is themed, looking like a Rubik’s Cube on some of the sides.

The watch itself has dual illumination, which is separated between the analogue and digital components. The front is covered by mineral glass, while the device has G-Shock lebels of shock and water resistence – down to 200 metres.

There are no smart functions, but the battery life lasts up to three years in return.

The Rubik’s x G-Shock GAE-2100RC-1AER will be priced at £139 in the UK and more information can be found on a dedicated page on the G-Shock website.