PowerColor has fully unveiled its Radeon RX 6800 XT & RX 6800 Red Devil Custom cards, with a special cooling design. PowerColor also insists that both boards will have a completely redesigned PCB, especially with regard to the power supply. 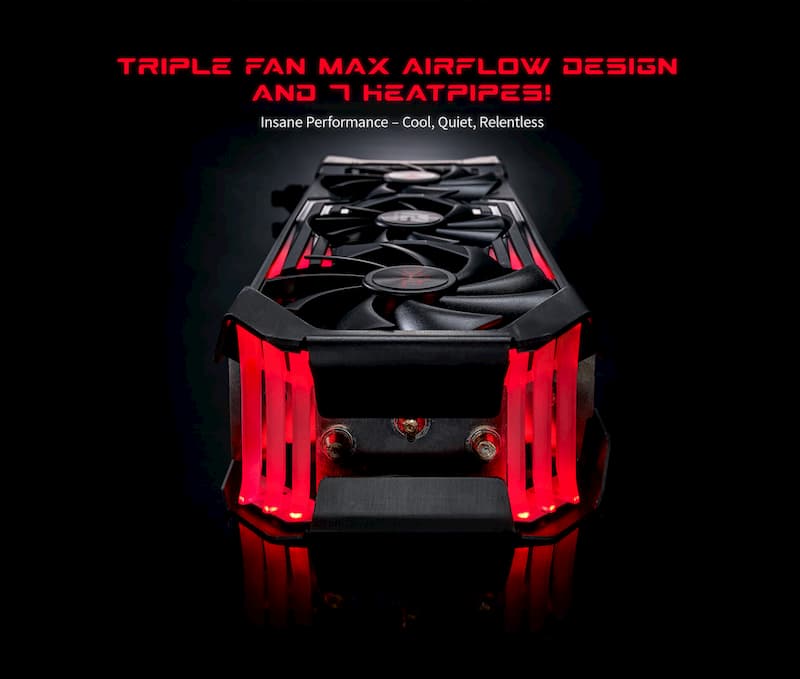 The brand announced that its two cards would use a VRM 14 + 2 phases with DrMOS. The high polymer content capacitors will be used and the power supply will be via two 8 pin connectors. 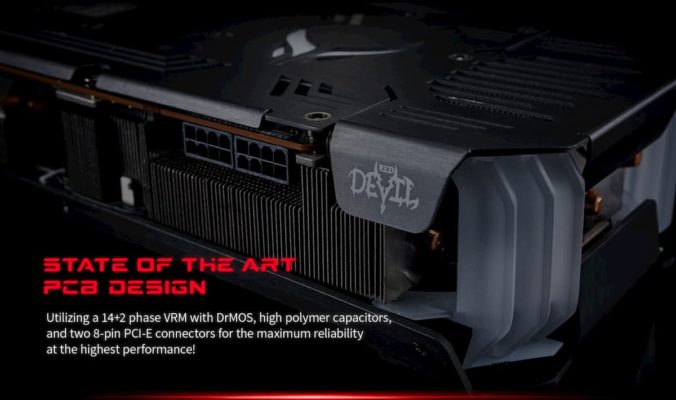 If for the moment the frequencies of the two cards are not communicated, it is hoped that these versions can be used to go very high given what is known about the predispositions of the RX 6000.

The fairing of this new Red Devil series has nothing to do with the old series. The presence of red leds that “marble” the sides of the card give it a particularly original touch. Also, the backplate is also beautiful. Both elements are made of aluminium alloy. 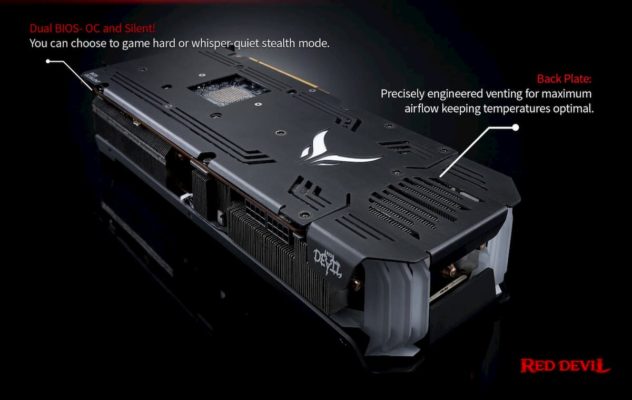 In addition, the thickness of the cooling block seems to be even greater than the already imposing thickness of the reference model. The system with three independent fans allows the cooling power to be adjusted to the brand’s specifications. The radiator block is made of solid aluminium with seven copper heat pipes.

Finally, according to some exchanges between the brand and potential customers on social networks, a possible RX 6900XT Red Devil could not be excluded.