Shortage and production problems could push AMD to launch its Ryzen 6000 with an optimized version of Zen3.

While we have been talking about the gains to be expected from AMD’s next generation Zen 4, information from Taiwan seems to indicate a possibility of postponing the jump to this new generation. AMD may delay the launch of ZEN 4 (originally planned for late 2021) by several months and may introduce a series of processors based on the Zen3+ architecture. This series would use the TSMC 6nm manufacturing process, which is visibly less congested than the 5nm process that Zen4 was intended to use. Ryzen 6000 could thus just be an “intermediate” series.

Towards a transition generation always in AM4?

Obviously the current severe shortages are of concern to everyone and the prospect of 5nm chip production capacity is inexorably slipping away. We won’t go back over the reasons, but we should note one element that is not often mentioned. While at the beginning of the pandemic many TSMC customers cancelled or postponed production in the face of the uncertainties ahead, Apple has maintained and strengthened its positions. Those who left their positions are now running behind the train and we all know something about that. The automotive industry missed a step but had secured for 2021/22 of the 5nm…As well as Nvidia for its next generation of cards. So 5nm is becoming a problem. 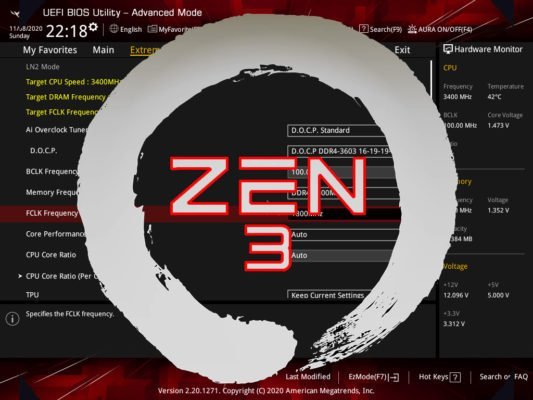 Finally, embarking on such a heavy generation change (change of socket, ram…) could further complicate the task at AMD and its partners. The idea would therefore be, if the information is confirmed, to launch a generation of transition to occupy the field in the face of the arrival of Intel’s Alder Lake-P and above all to make up for the volumes missed for many months … Of course, this information must be considered with all the necessary distance for the time being…

The post Ryzen 6000; Zen4 late due to shortage? appeared first on HardwareHeaven.com.