Another new rumor about the future AMD Zen 4 CPUs. This time, the rumor concerns what would be the top of the range in AM5 socket: the Ryzen 9 7950X. 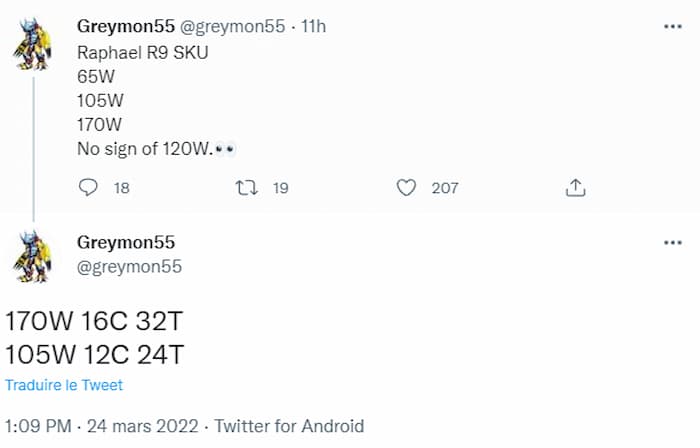 The future Ryzen CPUs are going to move into another dimension in a few months with several upheavals on the agenda. First of all, the use of the TSMC 5nm process should allow the AMD Zen4 architecture to fight against Intel. Finally, a new socket, the DDR5, the PCI-E 5.0 will also support these new CPUs which will include an integrated graphics part, like their competitors from Intel. 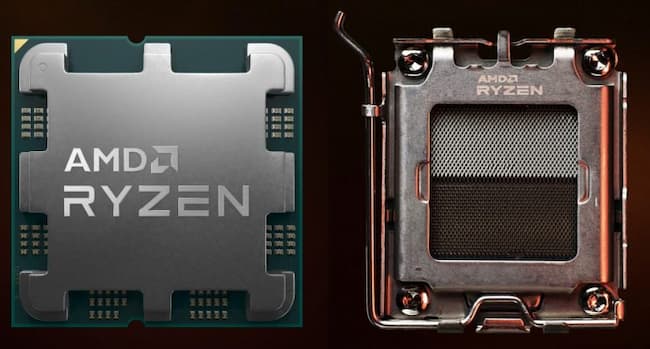 However, the leak in question could surprise a lot of people: how this new Ryzen 9 7950X could have the same configuration (16 cores / 32 Threads) as a 5950X and a TDP making a significant jump (+ 65W) while the engraving passes from 7nm to 5nm? The leaker Greymon55 goes further by stating that the 7900X, will have a configuration of 12 cores and 24 threads and will have a TDP of 105W. The top of the range 7950X is expected with a frequency above 5Ghz and a very significant performance gain. Let’s not forget that these new Ryzen will have to face the competition of Intel, not with Alder Lake but with Raptor Lake which should bring significant improvements to the current Intel range.