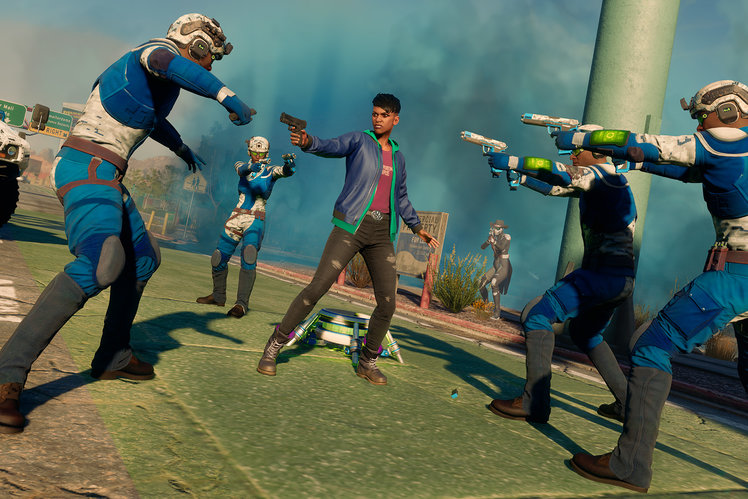 We’ve been fans of the Saints Row games since year dot, but must admit that the last couple of outings swerved a little too far into the inane for our tastes. Saints Row IV and Gat Out of Hell took the franchise so over-the-top, it fell off the cliff the other side.

That’s why we were cock-a-hoop when Volition announced it was to reboot the series – bringing it all back to the beginning, with a new cast and renewed focus. The supernatural, superpowered and sci-fi silliness has largely been ditched in favour of a new setting, while the gameplay feels more visceral this time around.

Die-hard Saints fans will still find plenty to guffaw at and an abundance of gleeful destruction to undertake, but we also get a game that reminds us of why we fell in love with the originals in the first place – it’s a win-win.

One thing you notice about the new Saints Row from the off is that just about everything in the game is customisable. That starts with the new lead character, who is known simply as The Boss.

The new Saints are made up of four friends, Eli, Kevin, Neenah and yourself, and you get to design your playable avatar using the most expansive character creation tools in any SR game yet – possibly any game, full stop. It’s a little restricted at first, but you will be able to unlock or purchase (using in-game funds) attire, style choices, tattoos, and emotes aplenty once you’ve played a bit. 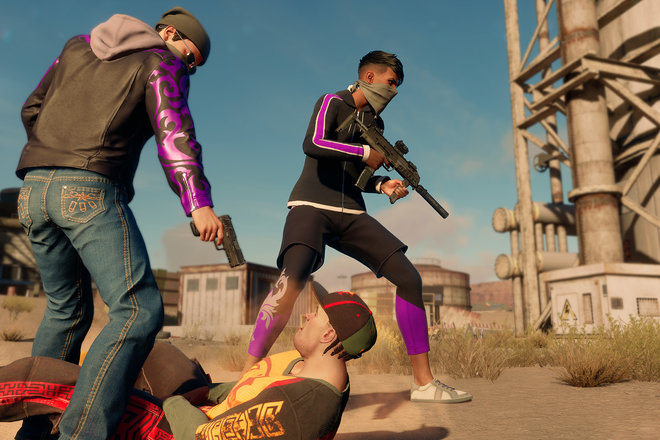 This enables you to create pretty much any kind of boss you can think of. There are plenty of voices to assign to him, her, or them too, which are fully scripted and acted throughout the game.

Customisation doesn’t stop at the main character neither. Vehicles, your Saints HQ, even the map can be altered to make for a different gameplay experience to someone else’s. Volition has provided a massive playground in more than one sense and the more you put in, the more you get out of it.

Like previous Saints games, this reboot is an open-world, third-person action-a-thon. It has Volition’s biggest map yet and a wealth of things to do.

There is a plot, which mainly focuses on the aforementioned quartet’s endeavours to become the biggest crime syndicate in the new location of San Ileso, but there are so many side missions and optional tasks to perform too that you’ll find yourself investing many hours in the game.

In all honesty, the main campaign isn’t that long, but racing through it would be a waste. While the story missions are great fun and, on the most part, brilliantly written, there is plenty else to discover and some new features that are required for progression.

Take ventures, for example. To build your criminal empire and accrue enough money to purchase customisation ephemera, you can perform one-off side quests and bounty hunter-style assassinations. However, you can (must) also place different ventures around the map that will regularly earn you cash. 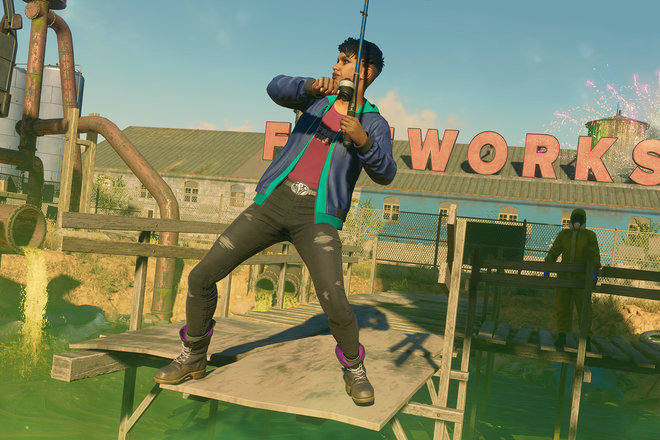 These ventures range from Bright Future Disposal – a plant to illegally dispose of toxic waste – to a restaurant chain that’s a cover story for drug running. There are 14 in total (with some needing to be unlocked through game progression) and they each require you to perform different tasks before they operate at maximum levels.

On top of that, you have threats in each venture zone to eliminate, plus side hustles that some fans might recognise from previous games. In short, there’s a lot to do and see, without even mentioning that you can have a friend join you for a lot of it, thanks to drop-in, drop-out co-op.

Combat seems improved a touch, but largely follows Volition’s familiar formula. Most missions – main, side or otherwise – favour the run-and-gun style approach, whereby you arm yourself with a weapon of choice (from a weapon wheel) and blast your way out of trouble. 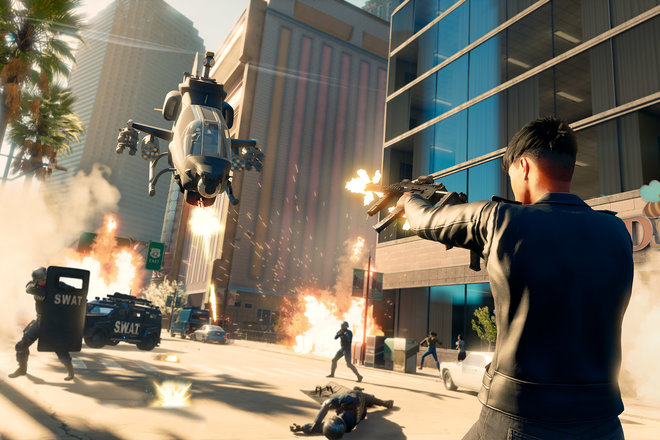 Ammunition does run out quickly, but when you dispatch one of the enemies from the three rival factions – Los Panteros, Marshall or The Idols – they tend to drop ammo crates, money or both. You can also take them on through melee combat and have special moves that can be used once charged.

Foes who have a low amount of health can occasionally be instant killed, for example, or you can use assigned skills to help in a fight. These are earned through XP achieved in the game, and you can tag them to the gamepad buttons for quick use. They include the likes of grenades, proximity mines, and health boosts, but can only be used when you’ve got enough star points to spend.

Other Saints and unlocked characters can also join a firefight – sometimes by design – so there’s always something different going on. We will say that Saints Row suffers from the same age-old issues of most open-world games of this ilk, though. Some elements feel samey and a grind, especially eliminating threats in different zones on the map. The end goals tend to be the same, so the action gets repetitive.

However, much effort has been made to make these instances fluid and speedy, so you don’t have to dwell on them too long.

Volition has also worked hard to create a stunning-looking game that rewards exploration. Santo Ileso is a land full of variety, with cityscapes contrasting with sandy desert locales. There are even nods to Las Vegas and neon steeped surroundings.

We played the PlayStation 5 version which offers a number of different graphics modes to best suit your TV and tastes. You can opt to play in lower resolutions, but with graphical flourishes and ray tracing switched on, or the highest resolution to the detriment of frame rate and fidelity. There are also modes in-between. 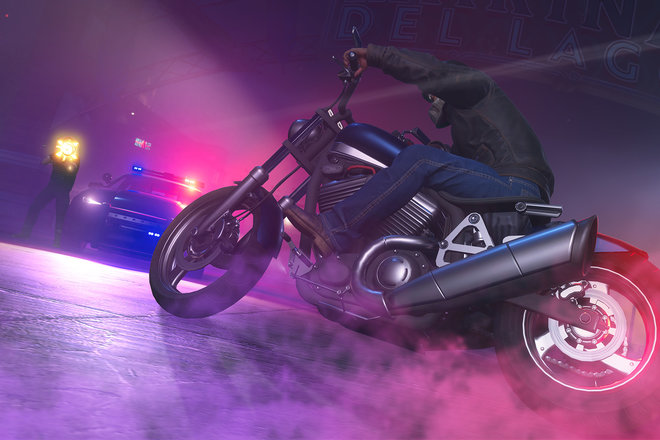 We chose the 1440p High Quality setting, which offers what seems to be a dynamic but smooth frame rate and ray traced ambient occlusion. However, if frame rate is your primary concern you can drop to 1080p for the absolute best, or a 1440p High Framerate mode for a good compromise.

It’s great to see so many choices on offer and we’re sure you’ll soon find a favourite.

Either way, the game looks great. There are some caveats to being developed for current and last-gen consoles (as well as PC), but the PS5 version is a real looker, that’s for sure.

There’s a whole stack of licensed musc available via in-car radio stations and your pop-up phone screen, so audio is well catered for too.