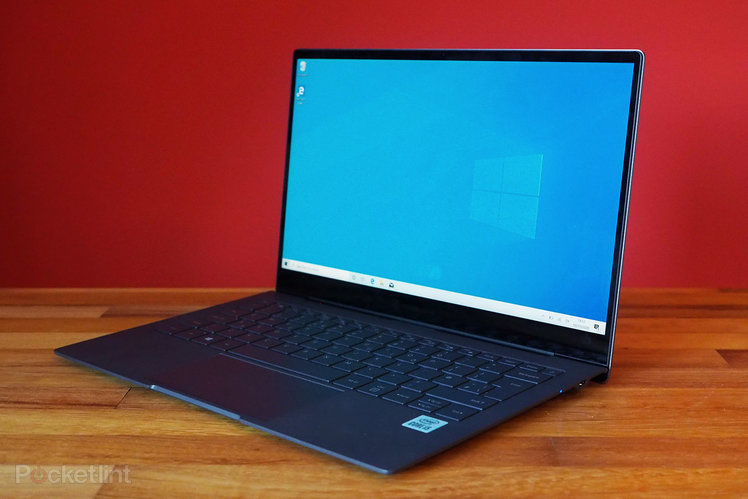 The world of laptops is becoming a more complex landscape to navigate. This Samsung Galaxy Book S, for example, is actually the second such device to launch – only this one’s based on an Intel i5 processor, while the original launch was built on a Qualcomm processor.

No big deal, right? Wrong. The Qualcomm 8cx device, despite offering super battery life and LTE for mobile connectivity, can’t run all the Windows apps that Intel architecture can – because Intel has Windows all wrapped up with full compatibility with X86 applications (which is more or less all of the full-fat ones right now).

But with AMD advancing as one option, and Apple going its own way with the M1 in MacBook products (no Windows concern there, though), how long that Intel reign will last is up for question. But that’s a bigger picture future concern.

In the here and now, however, if you want a slim and light ultra-portable, but the Qualcomm-based Galaxy Book S put you off, then this Intel version hits more of the right notes.

Visually speaking, the Galaxy Book S looks like a dream. The Intel model is identical to the Qualcomm one. There’s a different colour to separate one from the other though – this review model is ‘Mercury Silver’ (think grey), unlike the cloudy pink finish of ‘Earthy Gold’ which we saw on the Qualcomm model before. 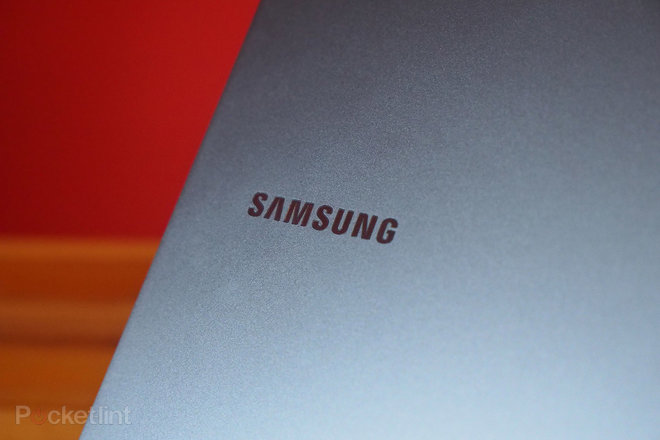 The laptop’s slight form-factor means there’s not much in the way of ports, but it’s very much in sync with current trends. It’s two USB-C ports – neither of which are Thunderbolt-enabled – to use for peripherals, or either can be used to recharge the laptop (and fairly quickly, thanks to the 25W USB dapter in the box).

In something this thin we wouldn’t necessarily anticipate a full-size USB port – although Microsoft still manages it in the Surface Laptop 3 – but in the cloud-focused world of now that’s increasingly less of a problem we suppose.

There’s a headphone jack too, so you can plug in those over-ear cans if you’re not linked up via Bluetooth, while a microSD card slot hides in the base (and is made of such budget plastic that we bent it the first time we extracted the slide-out tray). 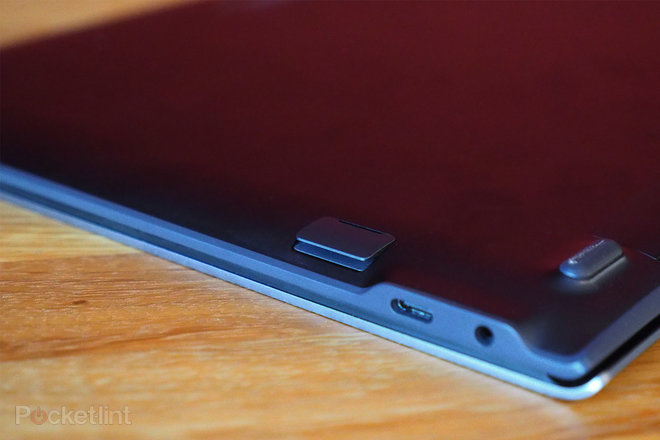 Logging in is super easy thanks to a fingerprint sensor over the power key. It works quickly, a bit like the Touch ID implementation on the MacBook Pro, making use of Windows Hello – however, this isn’t Windows Hello face authentication, as the 720p camera on board here isn’t compatible with the necessary facial recognition required. Yes, we know, it’s just a 720p camera – meh.

Samsung sits well among the current expectations for laptop displays, delivering trim side bezel and fairly small top bezel too – especially considering this is where the built-in camera lives. The bottom bezel is still fairly large though, which sees the screen suspended a little higher away from the base than some modern competitors. All of this helps the footprint of this machine to remain small though. 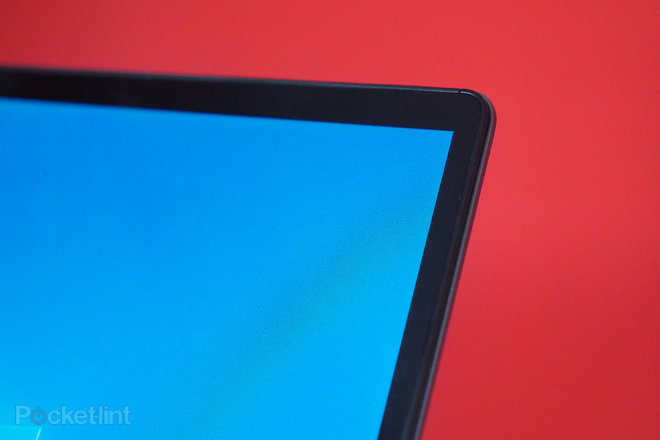 The display itself is TFT LCD, which might come as a slight surprise given Samsung’s push of AMOLED panels in its phones, such as the S20 Fan Edition. The latter technology would mean organically light-emitting diodes, meaning individual pixel illumination – which would be all the better for deeper blacks and power-saving potential. But not so here.

Still, as LCD panels go this one’s got plenty to shout about: it’s bright and colourful, with decent viewing angles and a resolution that, at Full HD, is more than ample for a 13-inch device. 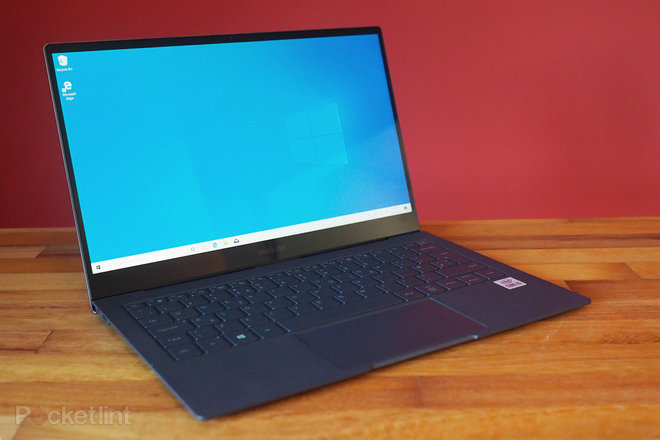 With the Qualcomm model we criticised the reflective quality of the screen, but here that’s been far less noticeable – the result of testing in drab, darker winter conditions we suspect, as the screen is one and the same. Or perhaps it’s because we’ve used the Intel model indoors more – lockdown and all that – because there’s also no 4G/LTE connectivity here for on-the-go browsing, unlike the Qualcomm model.

The keyboard in the Galaxy Book S reminds us a little of the add-on one you can get for the Microsoft Surface products. That’s down to the aesthetic: from look and feel to overall rigidity and lack of any irritating flex, it’s a well implemented board. 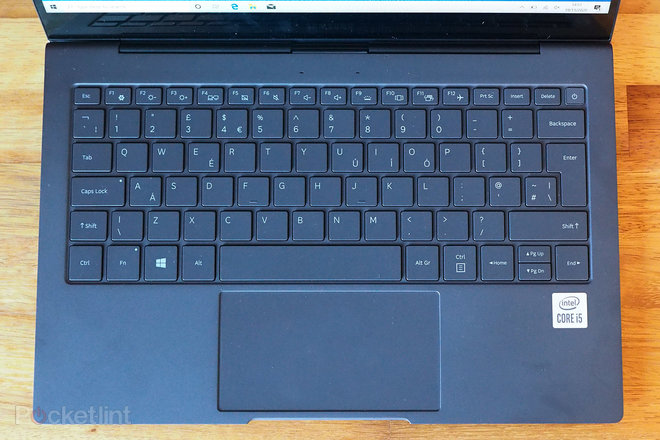 It’s got a backlight too, albeit one the most subtle implementations that we’ve ever seen. There are three levels of backlight brightness – as controlled with the Fn & F9 key – which emits a subtle almost greenish glow through the key symbols, which you will only be able to see when it is genuinely dark. Some laptops have over-bright and leaky backlighting that’s plain distracting, so Samsung has successfully avoided that here.

Importantly it’s a full-size ‘board, too, so you won’t feel overly cramped when typing. There’s not a lot of space between the keys, though, so if you’re used to that it’ll take some learning. Oh, and the squashed-up arrow keys to the bottom right don’t have much breathing room either.

Despite key travel not being hugely significant, we’ve found the feedback to be significant enough to cause no problems – this is a far cry from the older and problematic Apple MacBook keyboards. 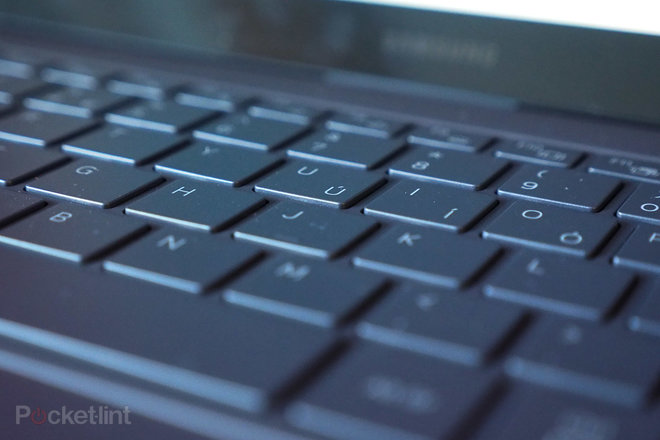 The trackpad has a smooth topping, which fingers take to gliding across with ease. It’s about as big as it could be in this format – we’re used to larger ones these days – and offers a reassuring feedback click in use. All good.

So far, so great. But the biggest difference you’ll find between this Intel model and the Qualcomm version is two fold: one, on the positive side, it’s got full Windows 10 Home (not S Mode like the Qualcomm), meaning full app compatibility; two, on the not-so-good side, the battery life won’t last for quite as long. 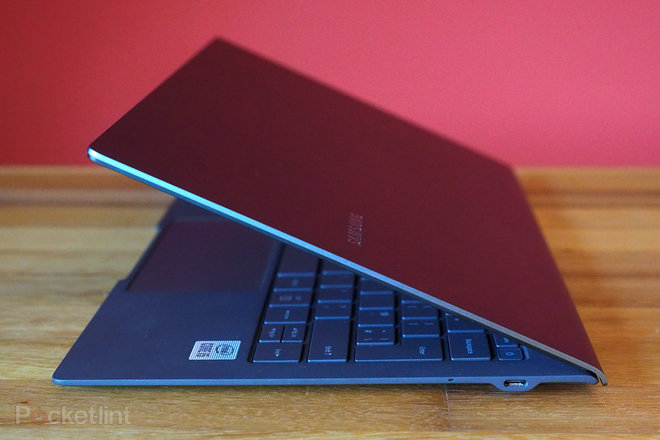 As we found in our Qualcomm review: “We streamed a Full HD video from YouTube with brightness up to three quarters and sound to half – even after five hours only 40 per cent battery had gone. All in all, you could watch around 13 hours of video from this laptop, no worries.”

So how does the Intel version hold up? About 25 per cent worse off in the same conditions. Running the same tests we got about nine-and-a-half hours. But that’s still rather good. Plus you get much fuller access to applications which, for us, is far more important overall.

And that’s the balance of it: the Intel version of the Galaxy Book S might not offer the longer battery life or the ability for mobile browsing using LTE, but if you want to install full-fat Photoshop or some games (well, without difficulties) from something like Steam then, yup, you can. That’s what opens this machine up to be more versatile and more complete. 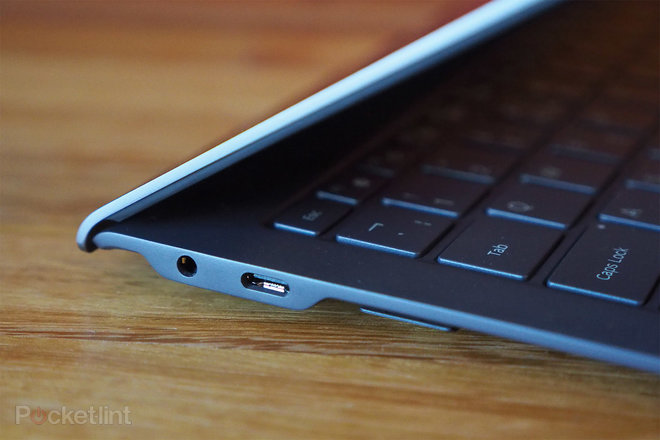 Samsung isn’t charging more for one or other machine either – you could snag the Qualcomm version for under four-figures, or this Intel model (albeit with double the storage capacity, at 512GB) for the same cash. So it’s really all about choice: do you want simpler functionality because it suits, along with mobile use and longer battery life, or greater app capacity, more storage and take the battery life hit?