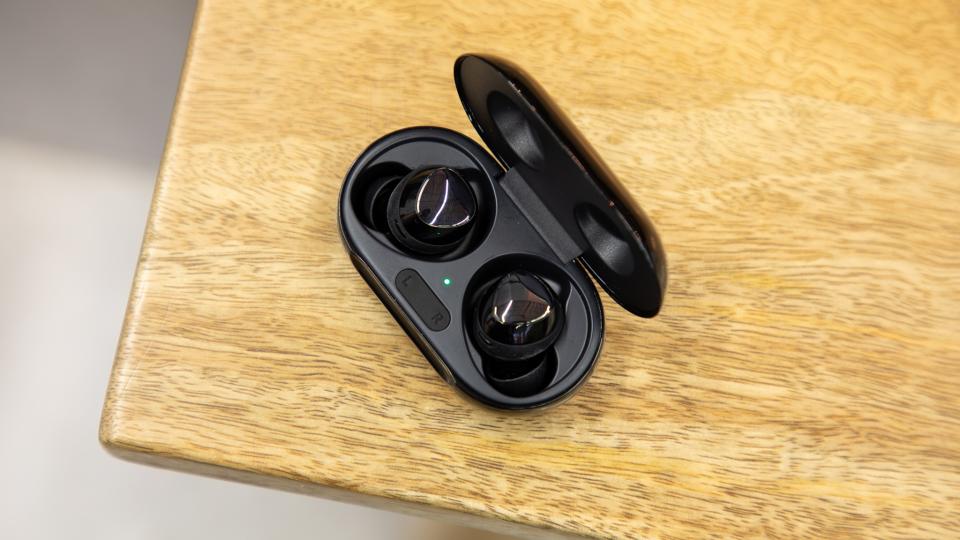 They’re not a giant leap for Samsung, but the Galaxy Buds+ improve on their predecessors in almost every way

The Galaxy Buds+ are Samsung’s fourth pair of true wireless earbuds, following two iterations of the Gear IconX and the original Galaxy Buds. While all three proved reasonable options for those wanting to do away with wires, Samsung has struggled to compete with the Apple and Sony, whose buds seem to fill the ears of every commuter in London.

With a host of improvements and the addition of an iOS app, however, the Galaxy Buds+ are now far better positioned to take on their rivals.

Samsung Galaxy Buds+ review: What you need to know

The Galaxy Buds+ are true wireless earphones and as such, are totally free of any cabling. They feature silicone tips to help secure them in your ear canals and, like most other wireless earbuds, come with a pocket-sized charging case which allows you to top up your battery wirelessly.

The Galaxy Buds+ don’t deviate far from the smart, compact design of the original Galaxy Buds and share a number of other characteristics, too. Touch controls return alongside compatibility with Bluetooth 5 and support for both Samsung’s proprietary virtual assistant, Bixby, and Google Assistant.

Sadly the Galaxy Buds+ are only IPX2 certified and, therefore, only capable of withstanding drops of water and moisture, so they’re not the optimal choice for extended physical activity or outdoor pursuits.

Codec-wise, there’s support for SBC, AAC and Samsung’s Scalable, which changes the bitrate depending on the strength of your connection, although you’ll need one of the company’s smartphones to take advantage of it. 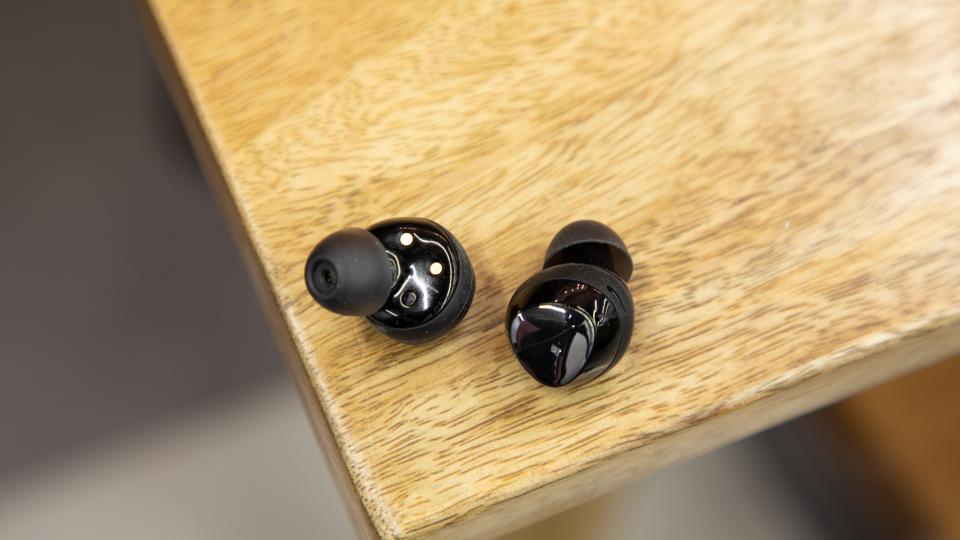 More noteworthy are the number of improvements Samsung has made. The Galaxy Buds+ now have two-way drivers in each earpiece, each bud now houses a second external microphone in addition to the internal mic – for better noise reduction – and battery life on both earbuds and charging case has been increased.

Probably the most significant development, at least for iPhone users, is the release of an iOS app. It isn’t a feature-for-feature replica of the Android app but it isn’t far off. 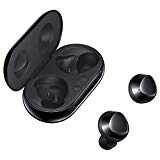 The Samsung Galaxy Buds+ cost £159 if you buy them directly from Samsung but you can get a pair for free by pre-ordering either the Samsung Galaxy S20+ or S20 Ultra before March 8. The original Galaxy Buds are still available and will only set you back £106 but I’d recommend paying the extra for the new and improved model.

The Apple AirPods fall into a similar price bracket but don’t use silicone tips, instead opting for a one-size-fits-all design fashioned from white plastic. They’ll set you back £169 if you want a wireless charging case and £137 if you’re happy to charge via Lightning cable. For those wanting active noise cancellation as part of the package, you can pick up the Apple AirPods Pro, which do have silicone tips, for £249.

Leading the pack when it comes to active noise cancellation are the Sony WF-1000XM3. For £165 you get great sound quality combined with class-leading ANC, although they’re not necessarily the best choice for more energetic activities due to their shape and lack of sweat or water resistance. A more exercise-friendly option would be the Bose SoundSport Free earbuds, which are available in blue for £150.

If tip-top sound quality is what you’re after, then the RHA TrueConnect are some of the best sounding earbuds we’ve listened to and won’t break the bank at £149.

The Galaxy Buds+ are a smart, compact and lightweight set of true wireless earbuds. The outside surfaces of the black version we reviewed are coated with an attractive, reflective silver panel, which may catch the eye of passers-by, but isn’t overstated or garish.

Should you feel slightly more adventurous, there are two other colours currently available: white and cloud blue. Those colours are certainly punchier but they’re still some of the more discreet earbuds around and fit in your ear neatly without anything sticking out. 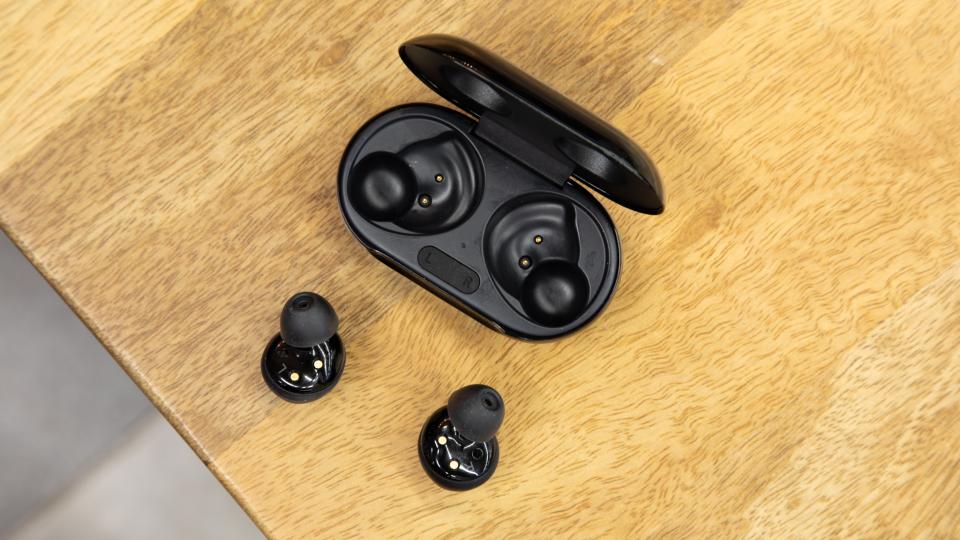 Three sets of eartips and wingtip fittings are included to help achieve your desired fit. With the largest eartips and the band without a wing I was able to create a very comfortable seal in my ear that provided excellent passive noise isolation. Comfort will vary from person-to-person but I was able to wear the Galaxy Buds+ painlessly for hours on end.

The charging case that comes with the Galaxy Buds+ is colour-matched to the buds themselves and very pocketable at a mere 70 x 39 x 27mm (WHD). It’s Qi-certified so it can be charged wirelessly on a range of devices if you don’t want to charge via the USB Type-C port.

The case will provide you with one full charge of the earbuds, which Samsung says are good for 11 hours of playback, so in total you’ve got a possible 22 hours of listening. That’s almost twice that of the original Galaxy Buds and not at all shabby when compared with its competitors.

During testing, I got 10hrs 20mins of high-volume listening in before they died, so the company’s claims are close to the mark, although the right earbud gave up the ghost about 20 minutes before the left. Recharging the buds from empty took 1hr 20mins, as did fully charging the case. Should you need a quick top-up, Samsung says just three minutes on charge will equate to an hour of playback.

Pairing the Galaxy Buds+ is a doddle, either via the app or your device’s Bluetooth menu and the buds support multi-pairing so you can hook them up to a range of devices without disconnecting and re-pairing every time you want to switch. 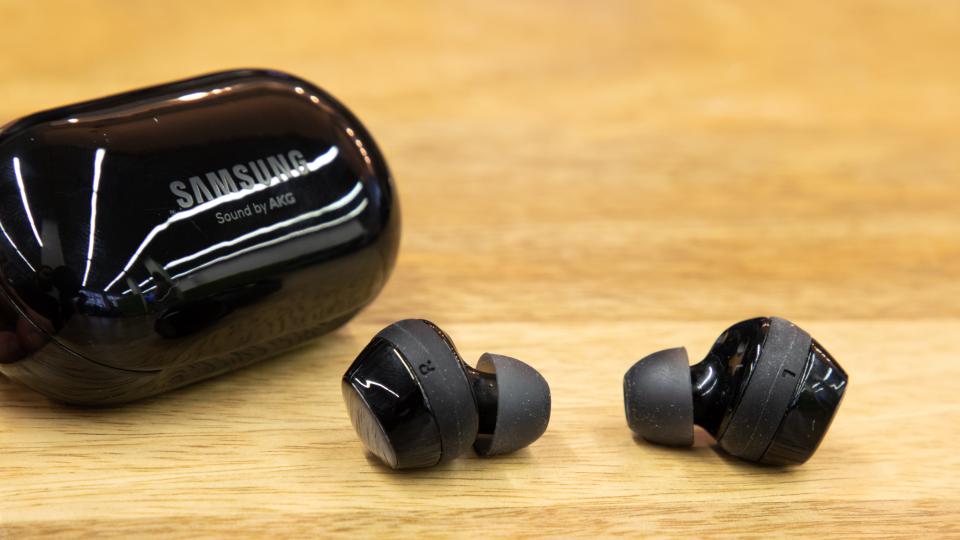 Touch controls on earbuds can sometimes be a little finicky but the Galaxy Buds+ implement them in a delightfully simple manner. A single tap plays and pauses audio, a double-tap skips to the next track, accepts or ends a call, and a triple tap plays the previous track.

The touchpads are pretty sensitive; when taking the buds out or putting them in, it’s easy to accidentally skip a song or pause your music. This is mildly irritating but not nearly as annoying as unresponsive touchpads, so I’m glad they’re on the more sensitive side.

Companion applications are now available for iOS as well as Android, which is great to see, given there was no native iOS support for the original Galaxy Buds. On Android, the Galaxy Buds+ are controlled via the Galaxy Wearable app and on iOS the app is simply called Galaxy Buds+.

I put both apps through their paces and they’re well laid-out, informative and easy to use. Displayed at top of the app is a graphic showing you the charge level of your earbuds and, if the buds are stowed away, the charging case, too. Other options include Ambient sound mode, which lets a certain amount of external noise enter the earbuds depending on which of three levels you choose, and a number of EQ presets. There’s no way to create your own preset though, which is a shame.

You can customise what the press-and-hold action does on each individual ear as well. On Android you have four options – voice command, ambient sound, volume down and Spotify – while iOS users have three, missing out on the Spotify integration. Another component exclusive to Android users is Notifications, which lets you receive information from other apps through the earbuds. It’s a nice option to have but I can’t say this is something I yearn for.

As is the case with the majority of Samsung products, its subsidiary AKG is providing the audio expertise and there’s no doubt the Galaxy Buds+ are a sonic upgrade on their predecessors. Admittedly, the improvement made by the transition from a single dynamic driver in each earbud to buds incorporating both a tweeter and a woofer isn’t huge, but it’s noticeable.

In side-by-side comparisons of the two across two tracks – Don’t Call Me Up by Mabel and Here With Me by Marshmello feat Chvrches – the Buds+ sounded more rounded and possessed a richness that the originals lack. There’s still a focus on mid-to-high frequencies, so vocals are presented crisply but I didn’t experience the kind of high-end hissing or artificial representation of mids that we criticised the original Galaxy Buds for. 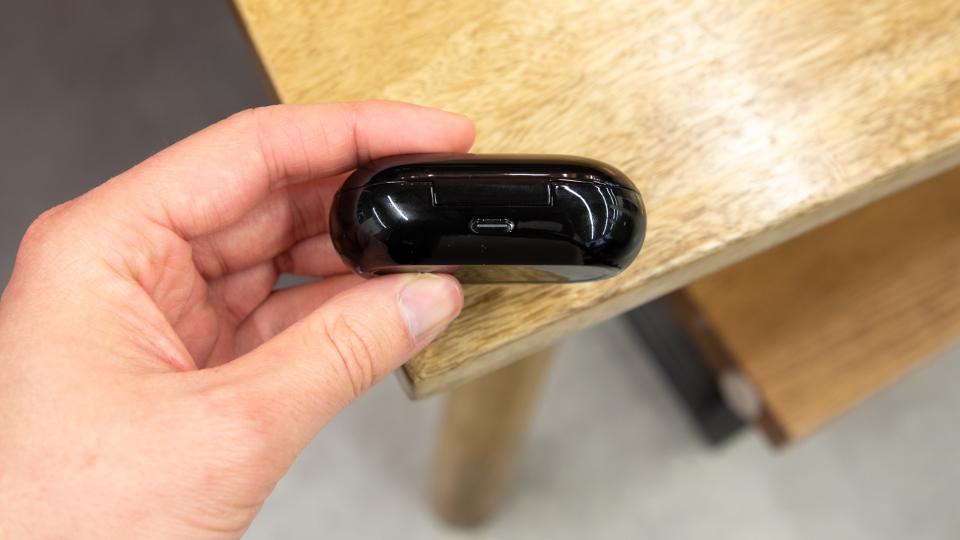 Bass reproduction is a little cautious for my tastes but the bass boost EQ preset does a decent job of beefing things up if the track is appropriately weighty. I steered clear of that setting for anything more mids-focused though, as it had a tendency to make things sound rather muffled. My EQ setting of choice proved to be “Dynamic”; it felt the best-balanced across the various genres of music I prefer to listen to.

The addition of a third adaptive microphone to each bud has also improved the clarity of communication through the Galaxy Buds+. The original Galaxy Buds were let down by how poorly they picked up your voice when speaking on the phone, particularly when it was windy outside. The Buds+ suffer similarly if you’re out running but when making a call at home, in the office or walking down the road, they fare much better – I had no complaints about audio quality from those I spoke to in those environments.

If you’ve pre-ordered either the Samsung Galaxy S20 Plus or S20 Ultra you’ll be delighted with your free pair of Galaxy Buds+. They’re stylish, comfortable and have impressive battery life while performing all the tasks required of a pair of true wireless earbuds very effectively.

Even at £159, though, I still think they’re worth the money and, personally, I’d take them over a pair of the Apple AirPods. However, with so much choice out there when it comes to wireless earphones it’s a case of working out what you value most. If it’s audiophile-level sound quality or active noise-cancelling, look elsewhere. If it’s comfort, excellent app integration and intuitive touch controls, the Galaxy Buds+ may well be the earbuds for you. 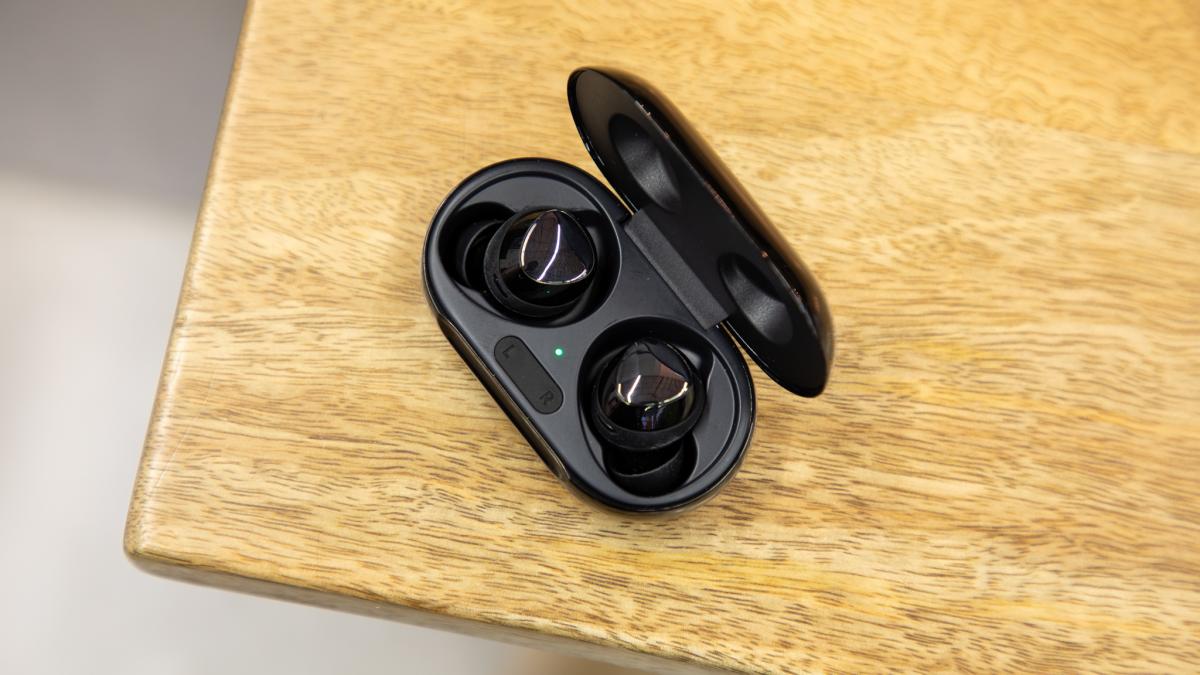