Samsung, as we all know, has had a presence in the budget smartphone segment for some time now. The South Korean tech major has come up with its Galaxy M series to compete with strong competitors such as Xiaomi and Realme. With the same aim, Samsung recently launched the Galaxy M02s with a simple motive: ‘Max Up’ specs for under 10K.

The Samsung Galaxy M02s brings a couple of features to the table that we would all like in a budget offering and tries to make for a decent daily driver. I used the device for a sufficient time frame to see how it is like and if your 10 grand won’t go to waste. Hence, here’s the review of the Samsung Galaxy M02s.

The Galaxy M02s doesn’t boast an extraordinary design but brings about a slight change to make it look somewhat different from the other Samsung phones, especially its predecessor, the Galaxy M01s. The phone follows, what the company calls ‘Haze and Matt’ design, which introduces us to an asymmetrical, matte pattern on the rear panel. 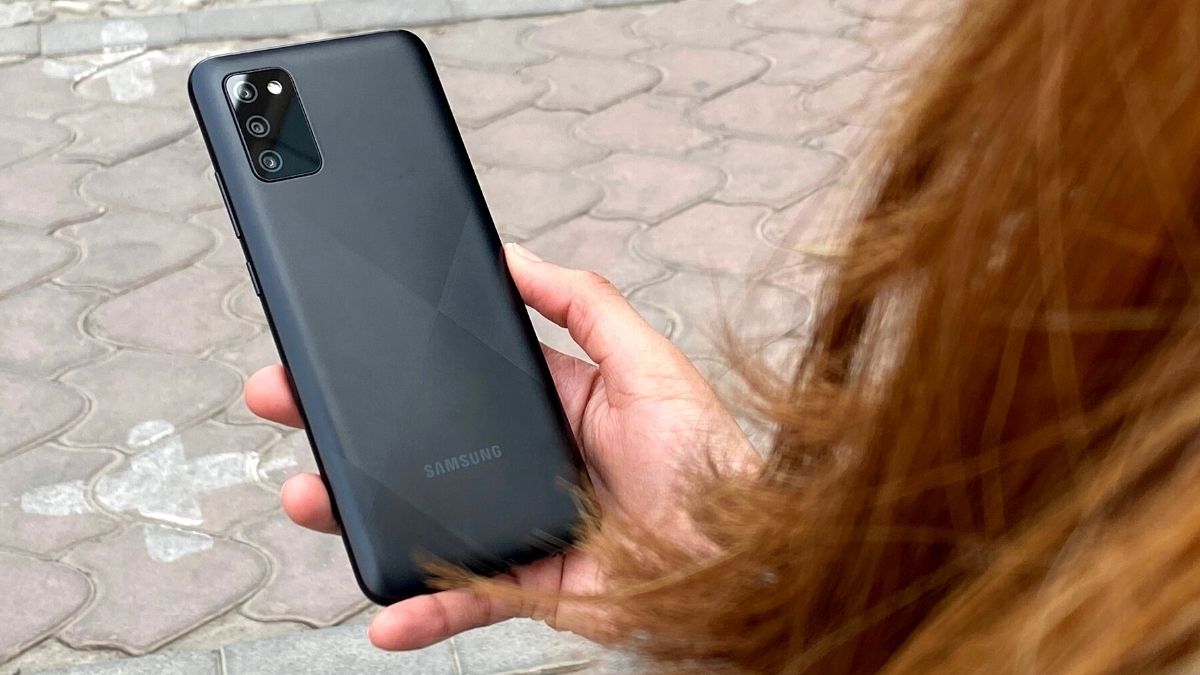 As mentioned in my first impressions article too, the design is refreshing, and this feels like a good deal when you know that the price you have to pay for this isn’t a lot. It comes in three colours: Black, Red, and Blue. I got the one in Black, which never really goes wrong, especially in matte. The device has a decent build quality but is slightly prone to scratches if it falls. Although, you won’t have to face any smudge issues. Further, the phone feels slightly on the heavier side, which can restrict one-hand usage to an extent.

One good thing about the phone is that it doesn’t miss out on the 3.5mm audio jack (placed in the bottom end), which always feels like a good addition when you don’t have a TWS pair and are relying on standard wired earphones, because of a strict budget. Other ports include USB Type-C at the bottom end along with the speaker grille. While the left side has a SIM slot, the right side has the volume rocker and the power on/off button. 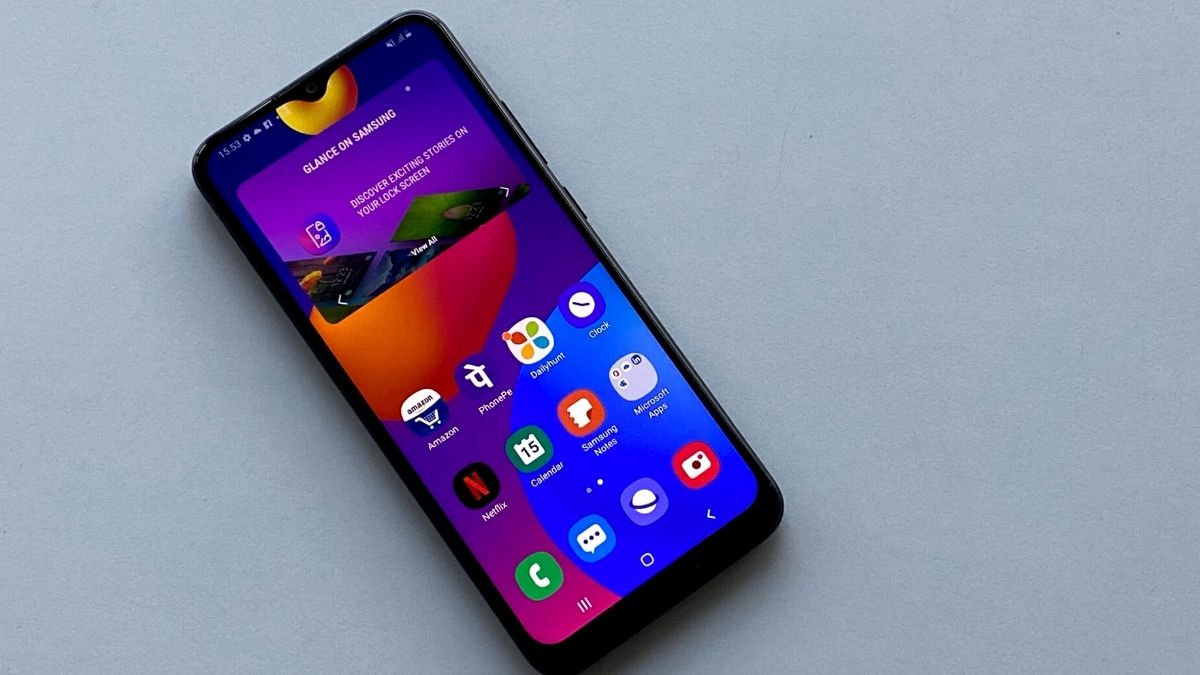 The not-so-refreshing elements in the phone are the vertically-placed rectangular rear camera module and a waterdrop notched display. We have been seeing the same combination in Samsung phones for a while now and this takes us in the monotony direction. But then, some change is better than none and overall, the Galaxy M02s feels like a decent smartphone.

The Galaxy M02s gets a 6.5-inch Infinity-V LCD display, which is the fancy way of referring to a waterdrop notch in a display. The display gets an HD+ screen resolution. The screen is decently bright and calls for a good viewing experience. The colours are quite vivid and watching videos or scrolling through stuff proved to be good. For an HD+ display, the whole experience has been more than good. 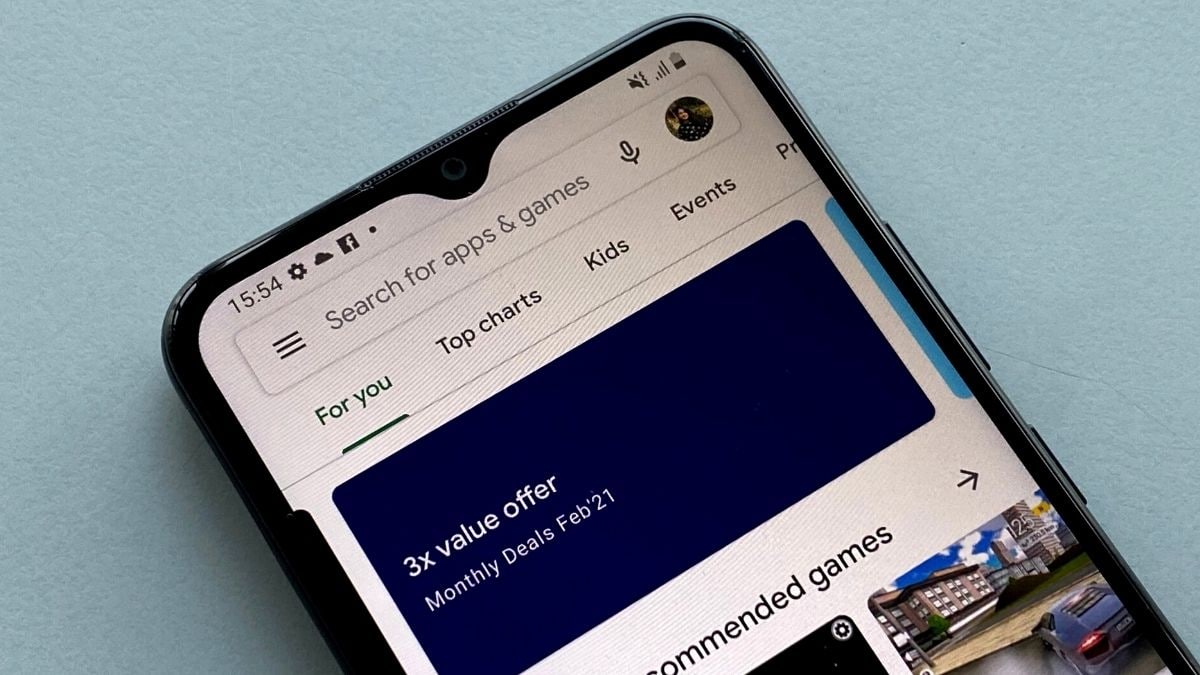 However, the sunlight legibility is just average and the phone feels quite low on brightness when you are under the sun. Among other things, there is also support for features such as blue light filter, adaptive display, dark mode, accidental touch protection, and touch sensitivity. 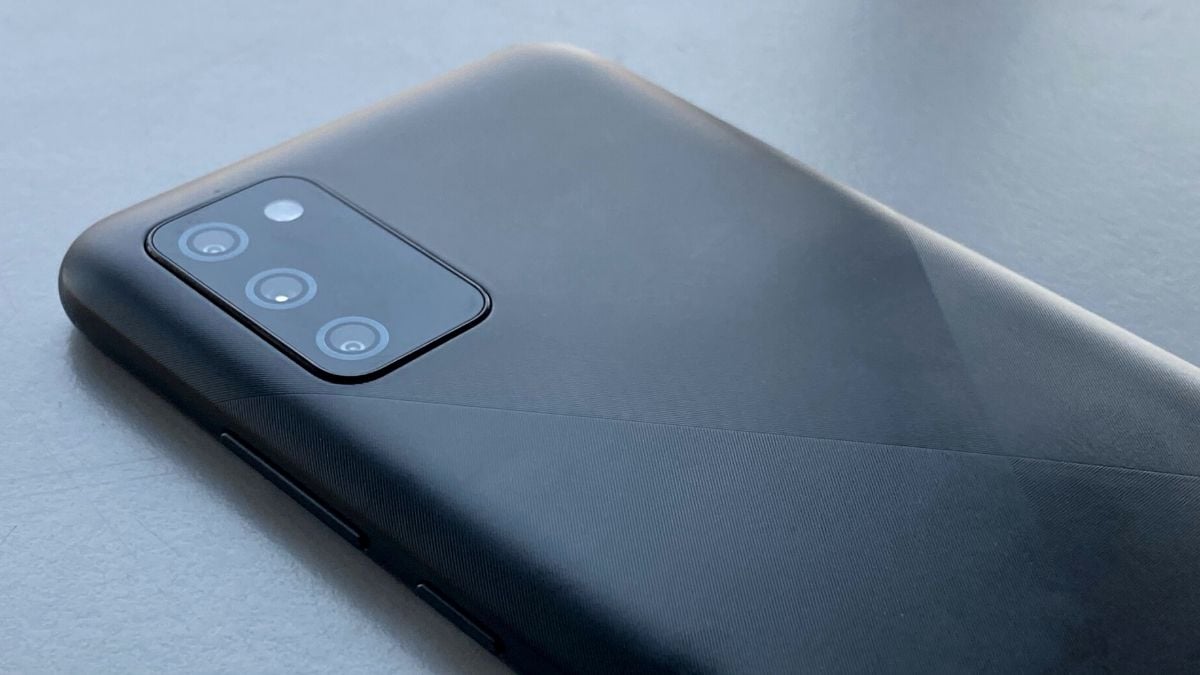 The device clicks decent images in most of the shooting conditions. But, decent colours and details are mainly possible in broad daylight. Indoor pictures tend to turn slightly grainy and this goes on further when zoomed in. Samsung phones tend to give bright colours and the Galaxy M02s is no different.

However, you won’t feel the vividness a lot, which can be likeable for people who like natural colour production in their images. However, the smartphone won’t give out intricate details as seen in high-end phones. HDR mode worked fine too and highlighted the dark corners fine. As for the portrait and the macro modes, both of them worked good for the price and didn’t fail to deliver decent images. 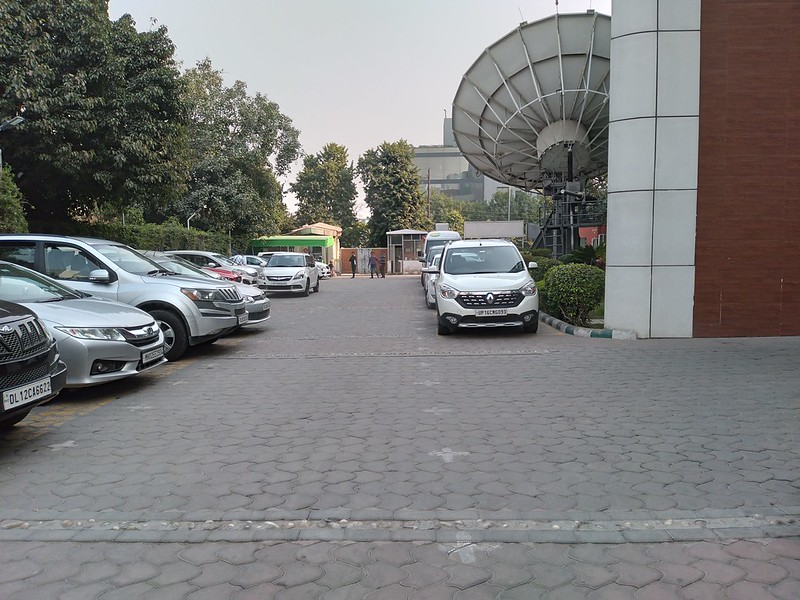 As for the front camera, the selfies came out fine but there is scope for improvement. You get processed images, that too, without many details. The Beauty mode adds to the existing beautification, and this didn’t appear to my liking. Although, this is subjective and might be liked by many people out there. Among others, video recording (Full HD in 30fps) is average but a lack of stabilisation is a miss. To be honest, for an affordable phone like this, we can’t expect too much.

The Galaxy M02s comes with a Qualcomm Snapdragon 450 processor and comes in two RAM/Storage options: 3GB/32GB and 4GB/64GB. I got hold of the latter option. The smartphone is a pretty decent daily driver when it comes to basic usage. Scrolling through apps, watching videos, and playing games too – gets all done with ease. There is not much of a problem while performing any of the basic tasks. This is also true for the situation when there are a number of apps running in the background. I mostly played games such as Brain Test and even Candy Crush Saga, both of which ran quite decently. 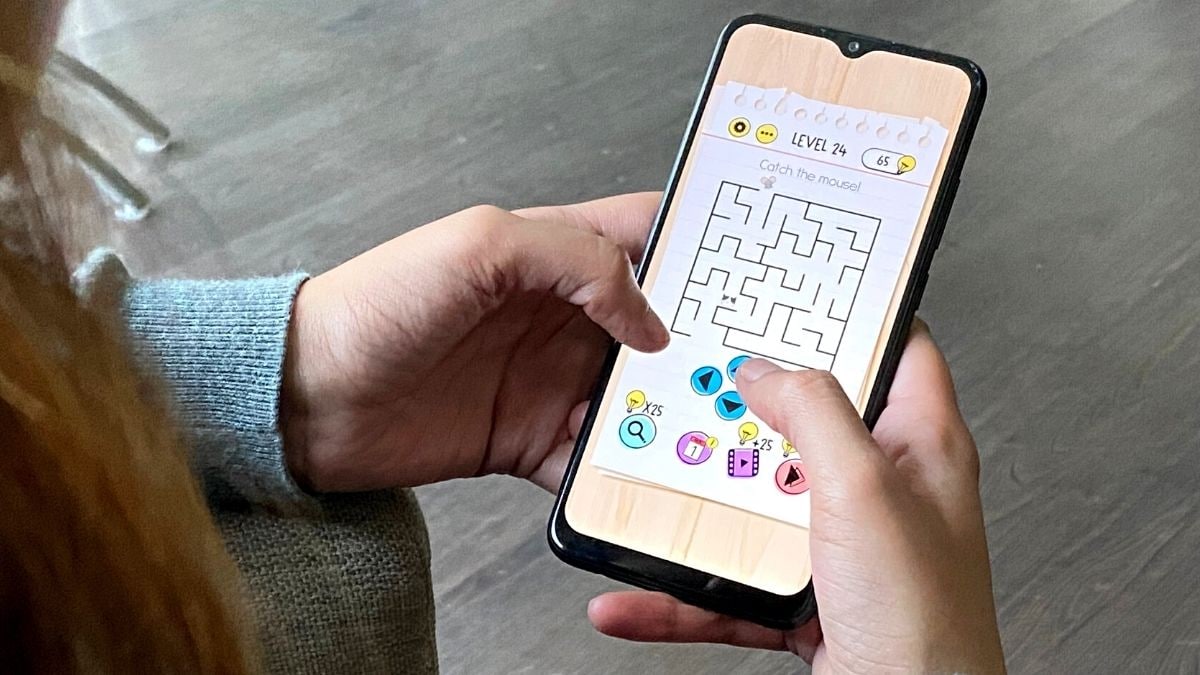 The device gets a 5,000mAh battery to recharge itself and it too proved decent. It was able to last me about a day based on the aforementioned usage. However, this segment has a drawback; there is no fast charging, which makes the whole process last more than an hour. I wish Samsung had at least included an 18W fast charging to sort this problem out. With fast charging becoming popular day by day, this aspect shouldn’t be neglected. 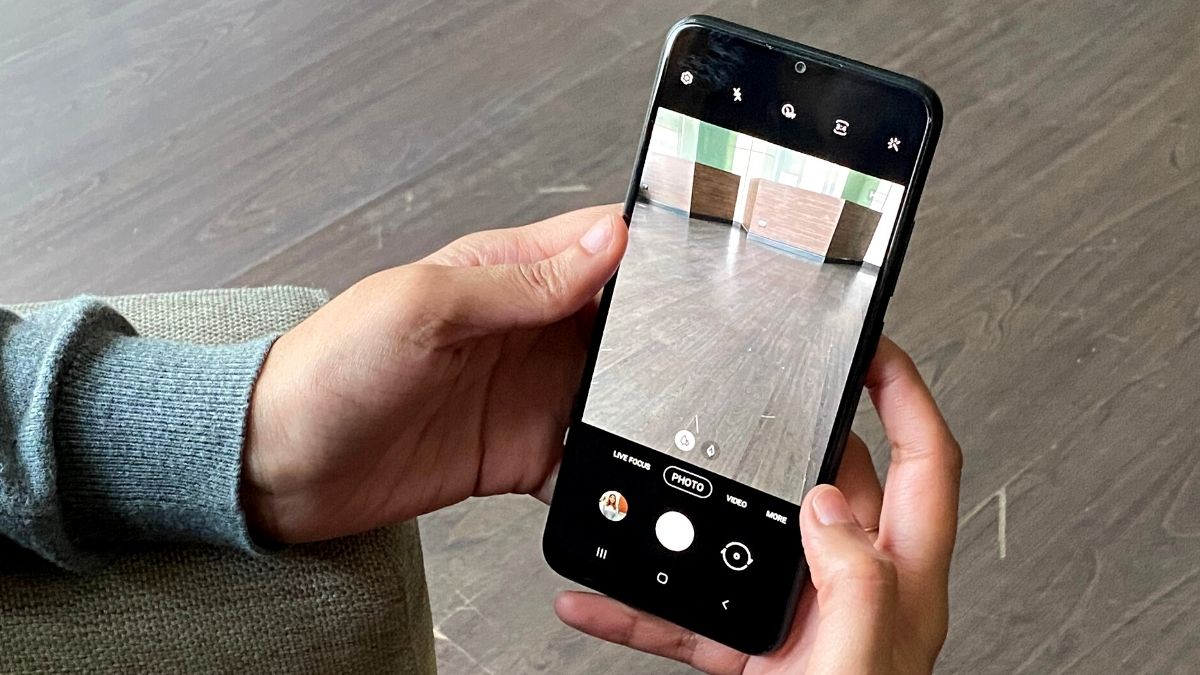 As for the OS, the smartphone runs Samsung One UI based on Android 10. Samsung One UI proves to be pretty simple and clean and the Galaxy M02s has the same flavour too. However, one thing that has been extra is the inclusion of bloatware, which just acts as a turn-off in this phone’s case. Among others, the audio has been good and the Face Unlock feature is snappy. Although, I would have loved the presence of an in-display fingerprint scanner.

The Samsung Galaxy M02s, at a starting price of Rs 8,999 appears like an option when you are low on budget and are looking for an option that just fulfils you daily, simple needs with ease. However, it does have competition, that too, tough! It stands in the ring against the Xiaomi Redmi 9 Power with quad rear cameras and a gaming-centric MediaTek Helio G80 SoC. The Realme C15 Qualcomm Edition (or even the Realme C15) with quad rear cameras, 18W fast charging, and a rear-placed fingerprint scanner is also a competition. 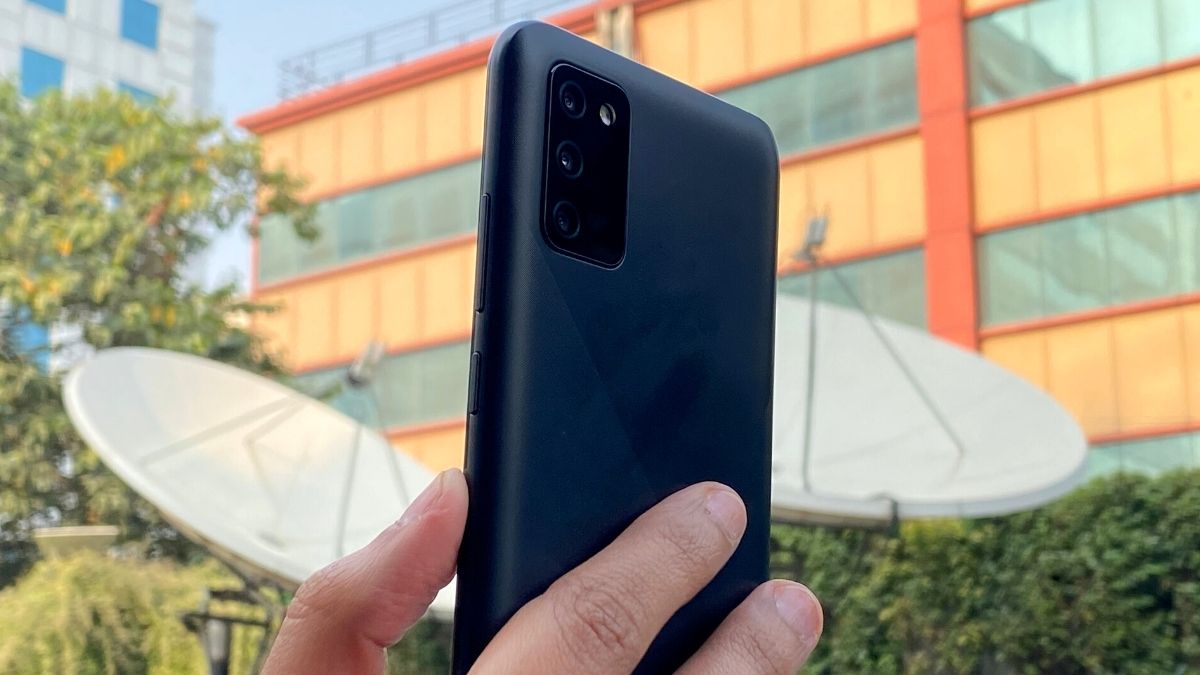 Having said that, the overall package you get is not a bad deal and if you are all in for a Samsung experience and have only up to 10K to spend, this proves to be a decent deal.