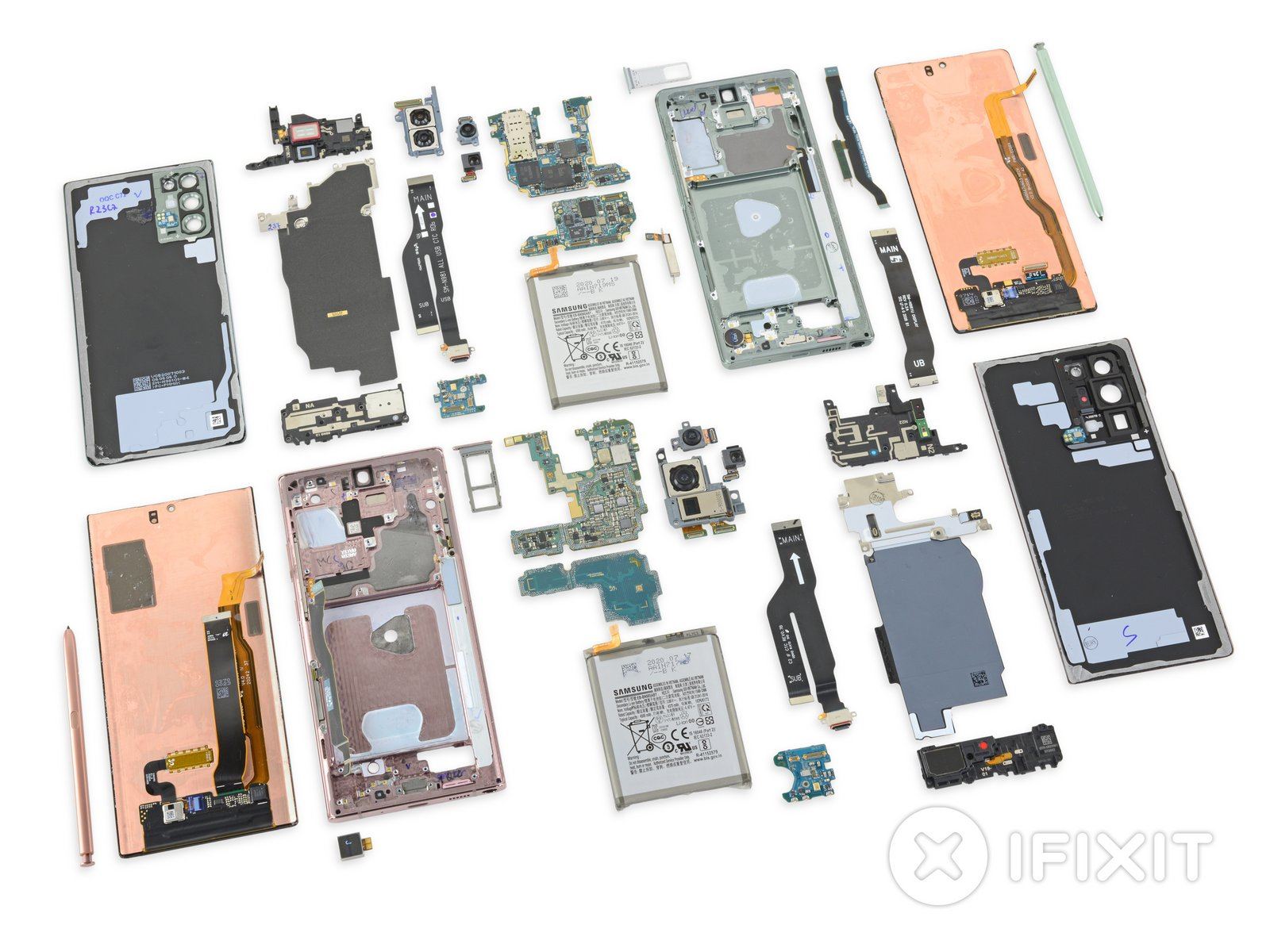 Earlier this month, Samsung announced the Galaxy Note 20 and Note 20 Ultra. Just a couple of weeks after the launch, iFixit got their hands on the two siblings and they have released a full teardown and repairability scores for the smartphones.

The scores are disappointing especially since Samsung Galaxy Buds Live which launched alongside Galaxy Note 20 series scored an impressive 8 out of 10 on the repairability scale, making them the most repairable earbuds yet.