Last year, Samsung released a toned-down version of the Galaxy S20 called S20 FE to compete with affordable flagships like the OnePlus 8. The South Korean tech firm is going to continue the “affordable flagship” strategy by launching a successor to the S20 FE. Tipster Evan Blass has shared what he claims to be the Samsung product roadmap, revealing that the S21 FE is in the pipeline.

The alleged product roadmap gives us all the information about the potential release date of Samsung’s upcoming Galaxy devices. It suggests that Samsung will launch the Galaxy S21 FE on August 19, which is roughly a month before the S20 launch. August is usually the month when Samsung releases a Note smartphone, but the company clarified that the Note21 is not going to launch this year due to ”a severe shortage of chips.”

Unfortunately, we currently don’t know much about the Galaxy S21 FE, but as we approach the launch date, we’ll get to know more and more about the affordable flagship phone. 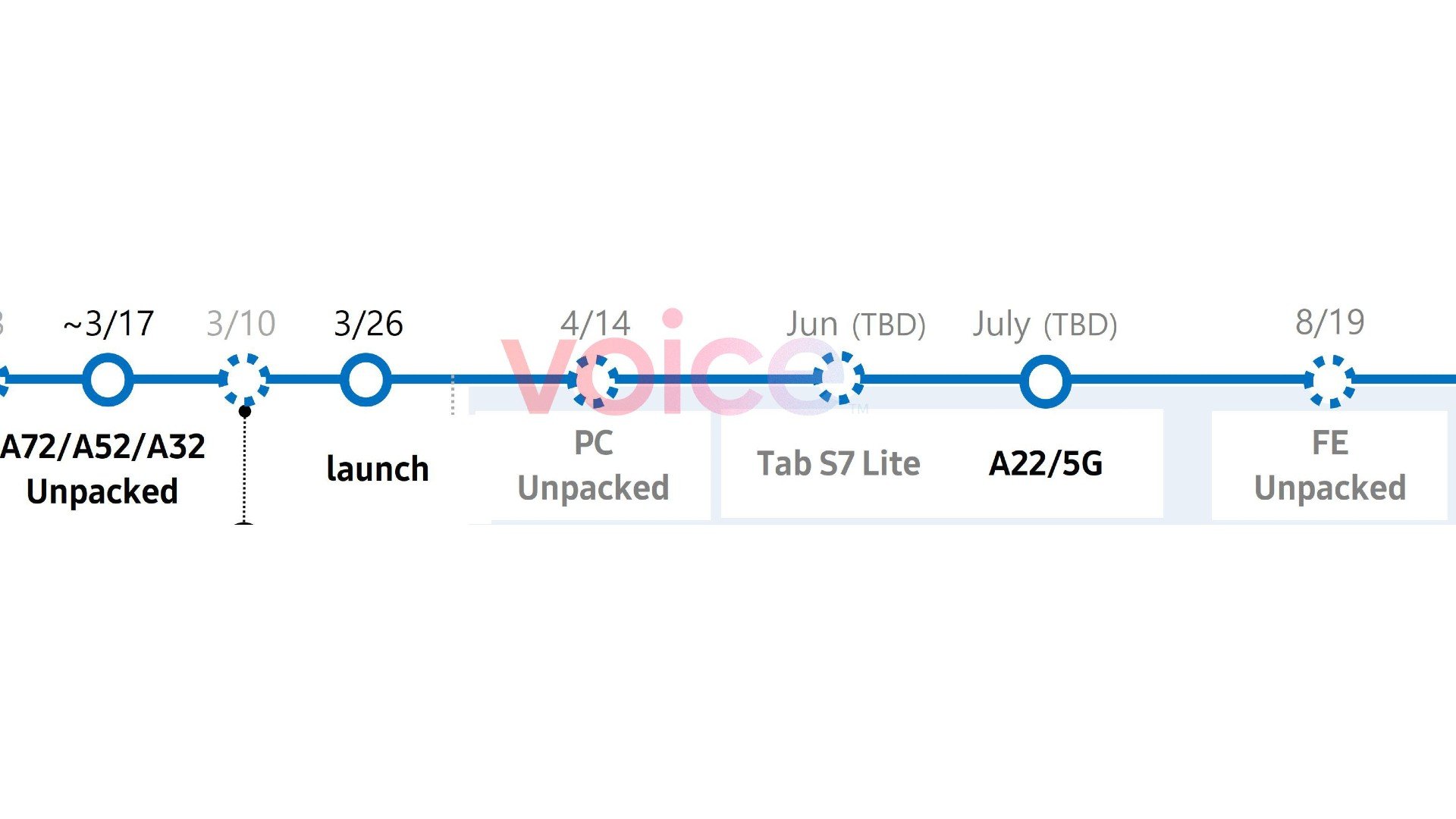 Talking about the other Galaxy products that were mentioned on the product roadmap page, the upcoming Galaxy S22 5G smartphone is going to be released in the month of July, though the exact release date is not known yet. Samsung is also working on a “Lite” variant of the Tab S7 and the company is planning to launch it in June.

Let’s know which of the aforementioned products you’re excited about the most.