The Galaxy S20 FE (Fan Edition) was one of the best smartphones of 2020 back when it was released. This wasn’t because it had incredible cameras or unique hardware features, but because it brought some of the best features of the Galaxy S series at a much lower price. While the main Galaxy S phones approached or surpassed $1,000, the Galaxy S20 FE was available for $699 at launch and often dipped down to $550. Flagship-class smartphones are rarely that affordable in the United States, and Samsung’s decision to make the Snapdragon-powered model available in many regions that previously only had Exynos-based Galaxy phones made it a success internationally too. For those regions, you could finally get a good Samsung flagship with a Snapdragon processor, meaning you could game on it better than you could on the main S-series flagship of that region.

It was almost impossible for the Galaxy S21 FE to repeat that same level of excitement and success, especially after it was seemingly delayed for months. The phone did finally make it over the finish line, but with year-old hardware and the Galaxy S22 launch only days away, there are not many reasons to buy the phone at its intended starting price of $699.99. 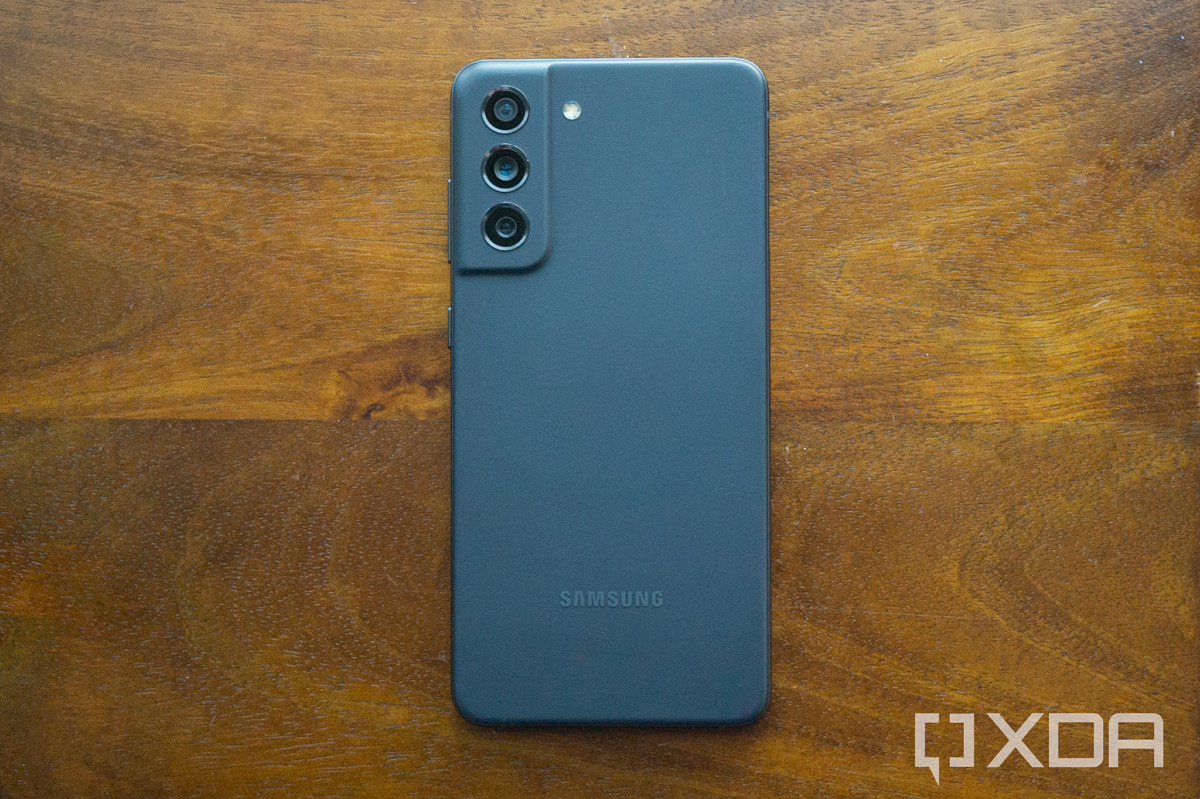 The rear casing is made of plastic, just like the Galaxy S20 FE and regular Galaxy S21. However, unlike those two phones, the sides of the camera array blend into the rest of the shell. Personally, I don’t spend much time looking at the back of my phones, but some seem to be a fan of the subtle change. My one complaint with the back casing is that it’s prone to collecting fingerprints — even on the dark ‘Graphite’ model I have here, smudges are easily visible in daylight. I can’t test if the other color options are any better here, but if you’re planning on buying a case anyway, that won’t matter much. 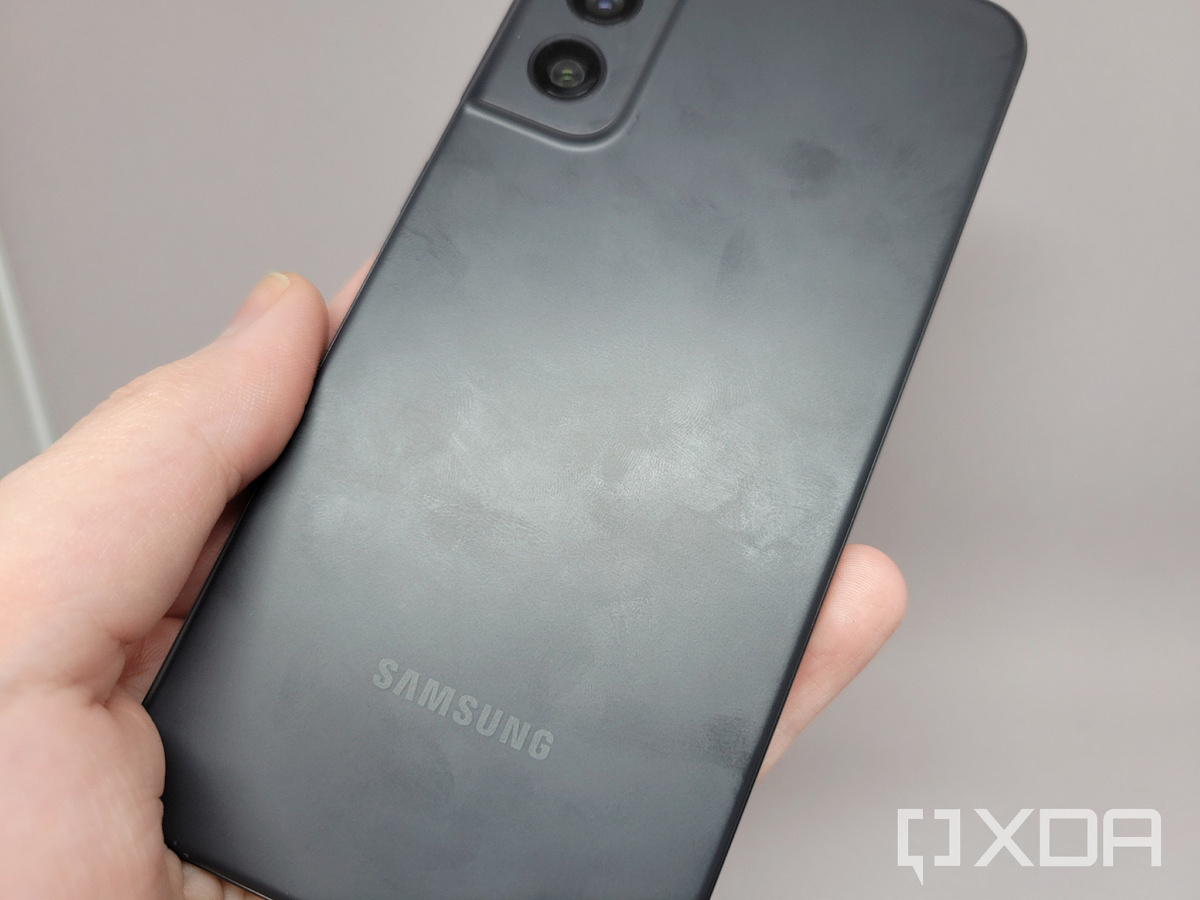 Fingerprint smudges after about a week of usage

On the right side of the phone is the power and volume buttons, and on the bottom is the USB Type-C port, primary speaker, main microphone, and SIM card slot. There’s sadly no headphone jack or microSD card slot, which were both available on the Galaxy S20 FE. The model available in the United States (at least SM-G990U1/DS) supports Dual-SIM, which is rare on mainstream Android phones in the US, but Samsung has not enabled that functionality yet. Until that happens, you’re stuck with the usual single SIM, just like most of Samsung’s other American phones.

One helpful upgrade from the Galaxy S21 is the larger battery. The 4,500mAh battery in the S21 FE easily lasted me an entire day of moderate use, and you also get 25W wired fast charging, 15W wireless charging, and 4.5W reverse wireless charging. That’s not quite as speedy as the 65W wired charging available on the OnePlus 9 series (and some other phones are topping that), but I charge my phones overnight, so that’s not much of an issue for me. 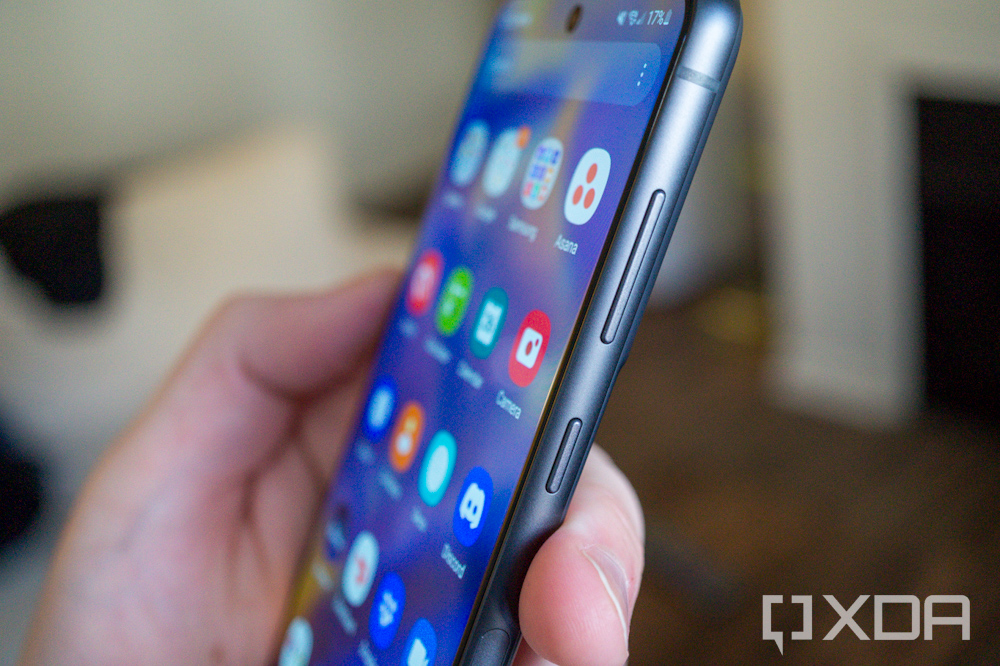 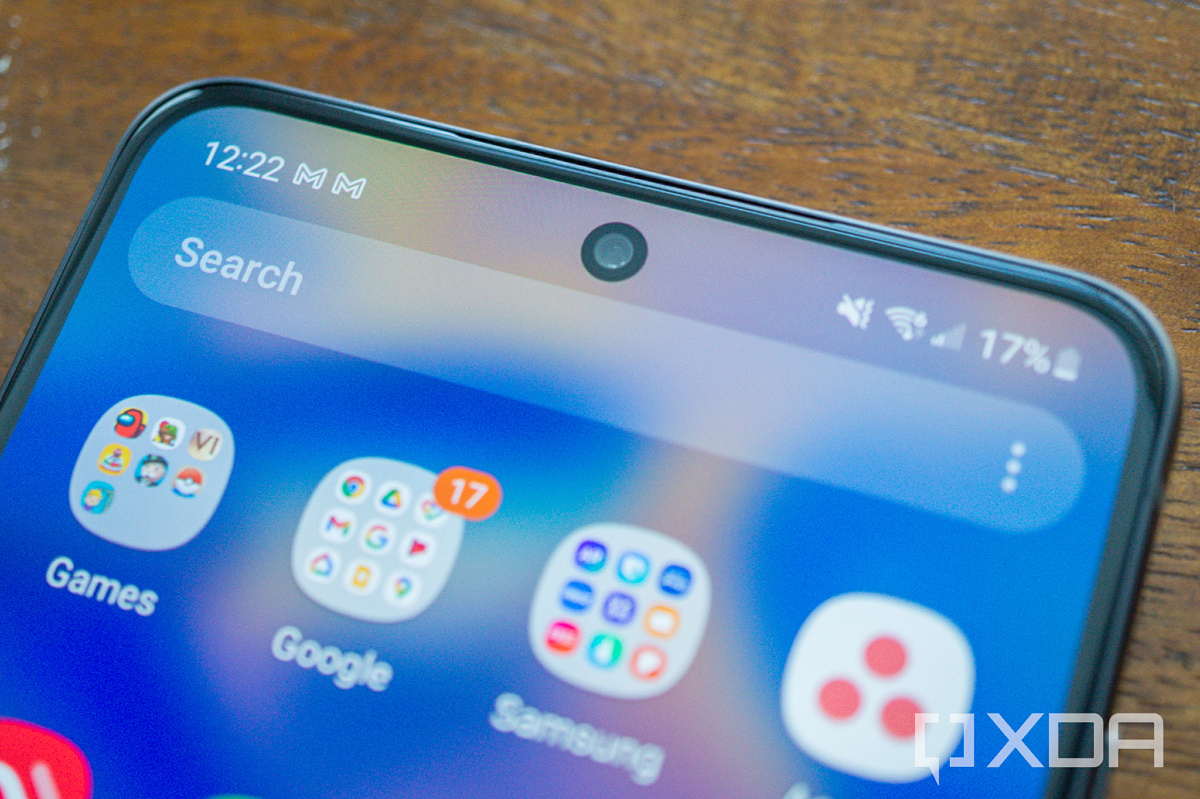 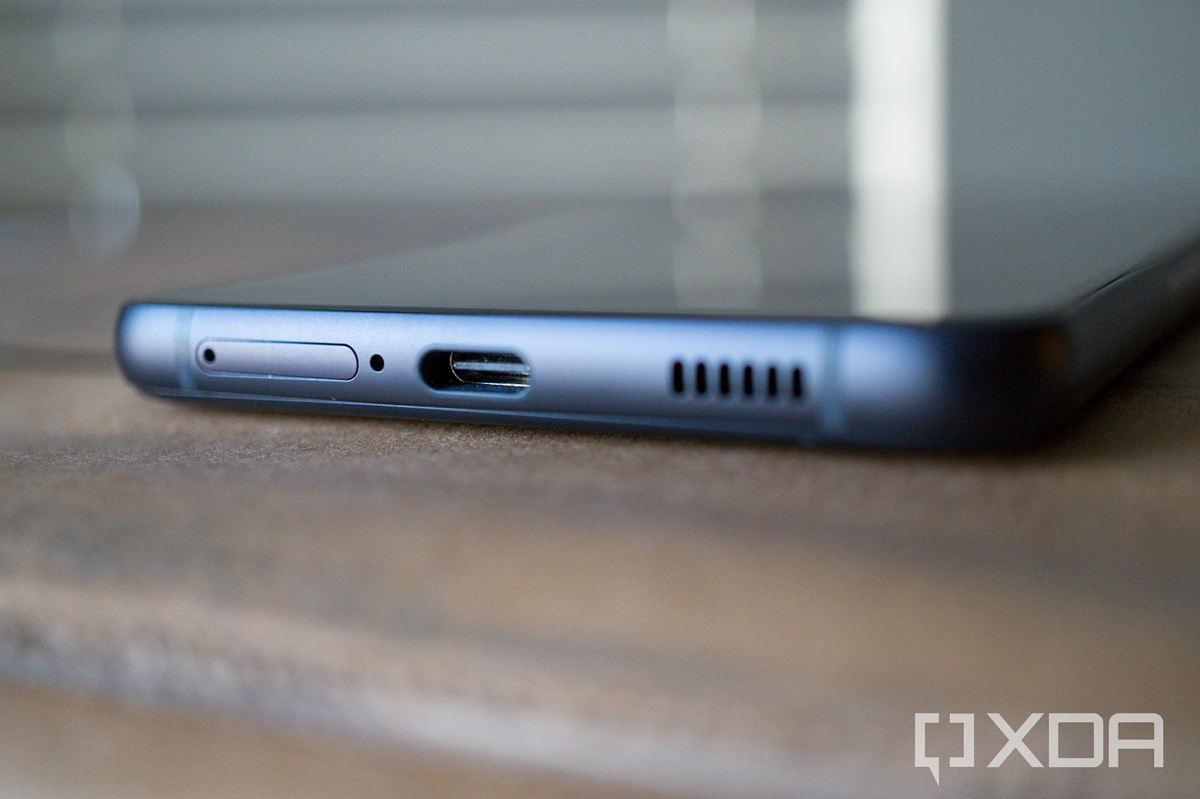 The Galaxy S21 FE has a Qualcomm Snapdragon 888 System-on-a-Chip in the United States, and a Samsung Exynos 2100 SoC nearly everywhere else. That’s the same chipset found in the Galaxy S21 series, which is over a year old at this point. That’s not to say the phone isn’t fast, because it’s just as quick and responsive as every other Snapdragon 888 phone, but there’s no denying that paying $700 for year-old hardware isn’t the best value.

Samsung only went with 6GB RAM on the base model Galaxy S21 FE, which is less than the 8GB available on both the Galaxy S20 FE and Galaxy S21 FE. That’s still enough memory for a typical amount of switching between applications, but again, this phone costs just as much as the FE phone from a year and a half ago that had 8GB.

Moving onto the software experience, the Galaxy S21 FE has the same One UI software package as every other recent Samsung phone. This was Samsung’s first phone to ship with One UI 4 (based on Android 12) out of the box, which the company is slowly rolling out to its other devices. You get everything offered in Android 12, such as the fancy new system-wide Material You themes, combined with a custom system design and dozens of Samsung-made applications and services.

One UI still might not be everyone’s favorite flavor of Android, but I have relatively few complaints with it at this point — Samsung said last year that it would start removing advertisements from One UI, and at least on our US model, I didn’t notice anything like that, so that’s an improvement.

The Galaxy S20 FE is included in Samsung’s promise of three Android OS upgrades and four years of security patches. That means the phone should receive Android 13, 14, and 15 after they become available, and you’ll get important security patches until sometime in 2026 at the earliest. 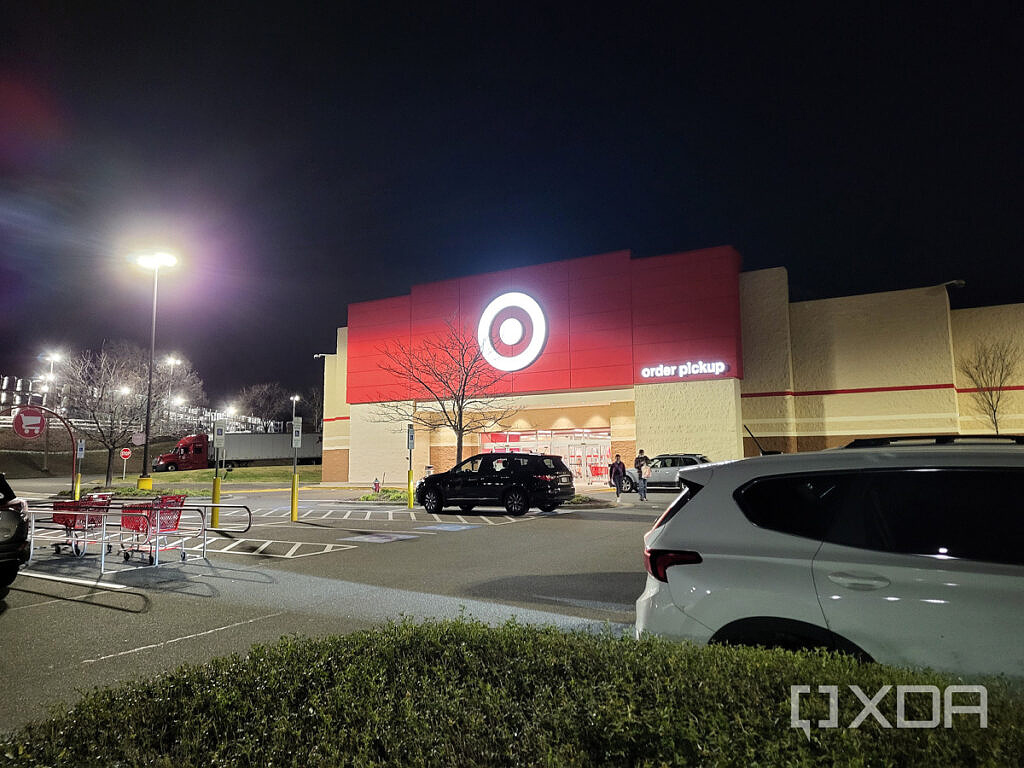 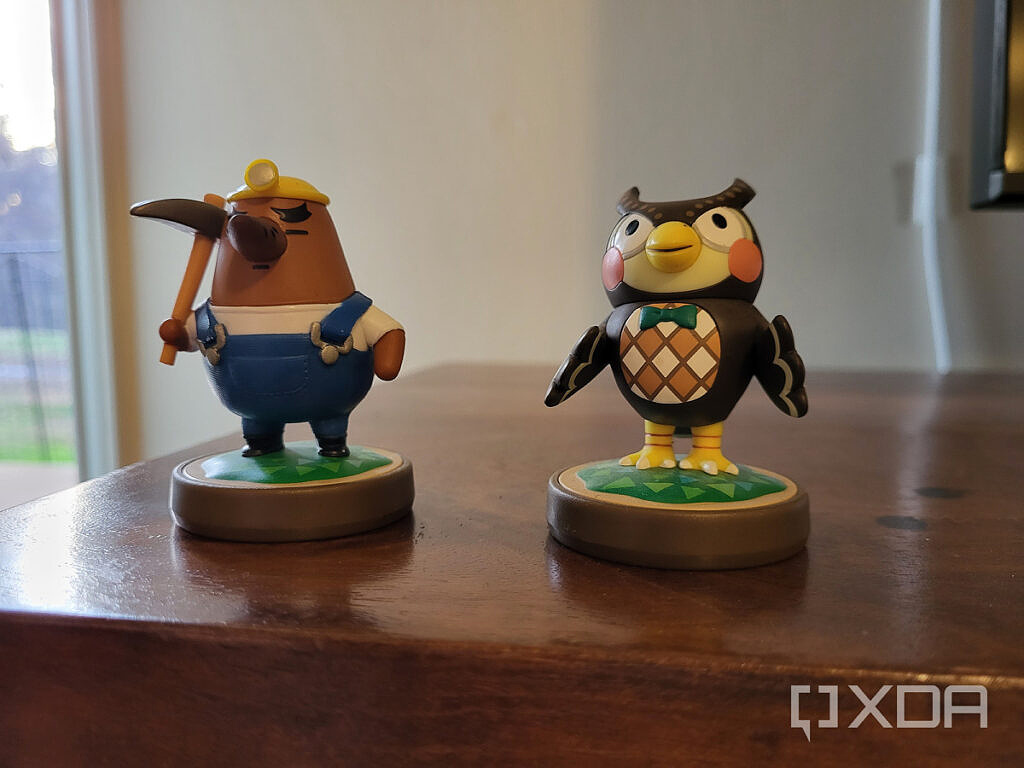 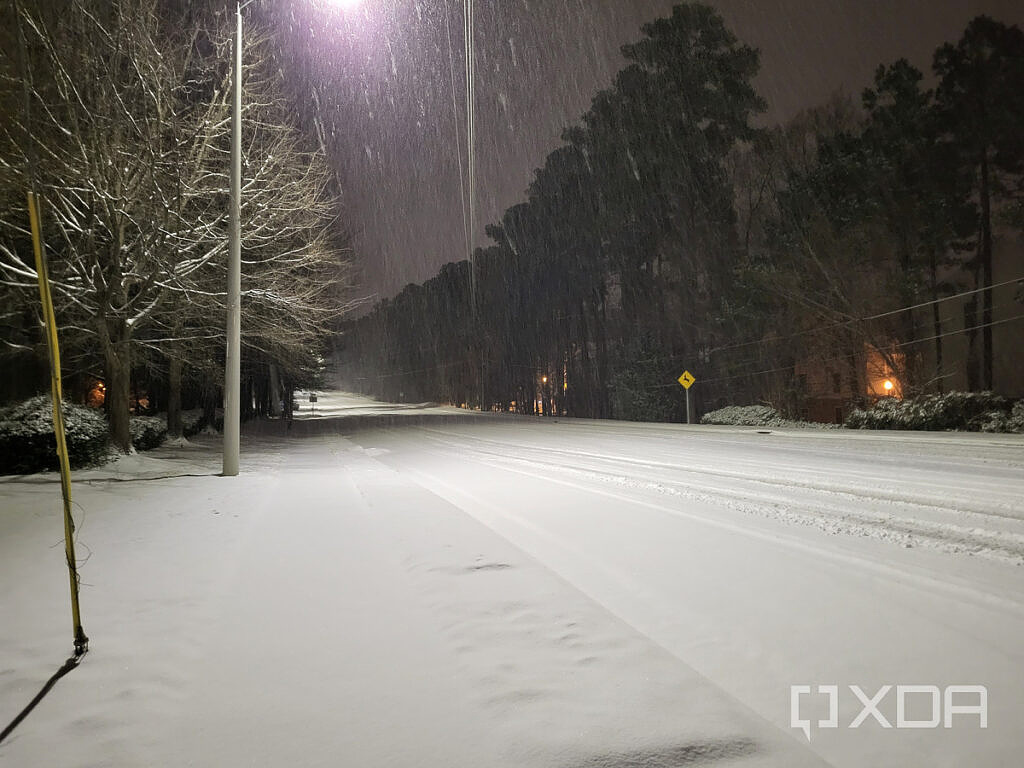 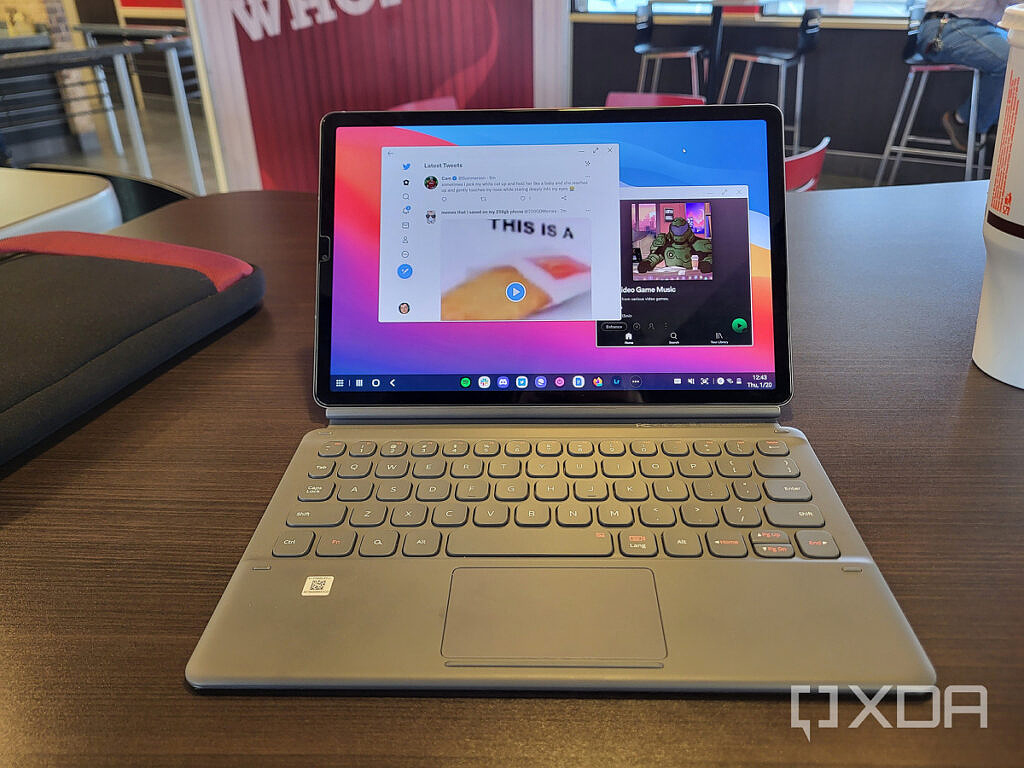 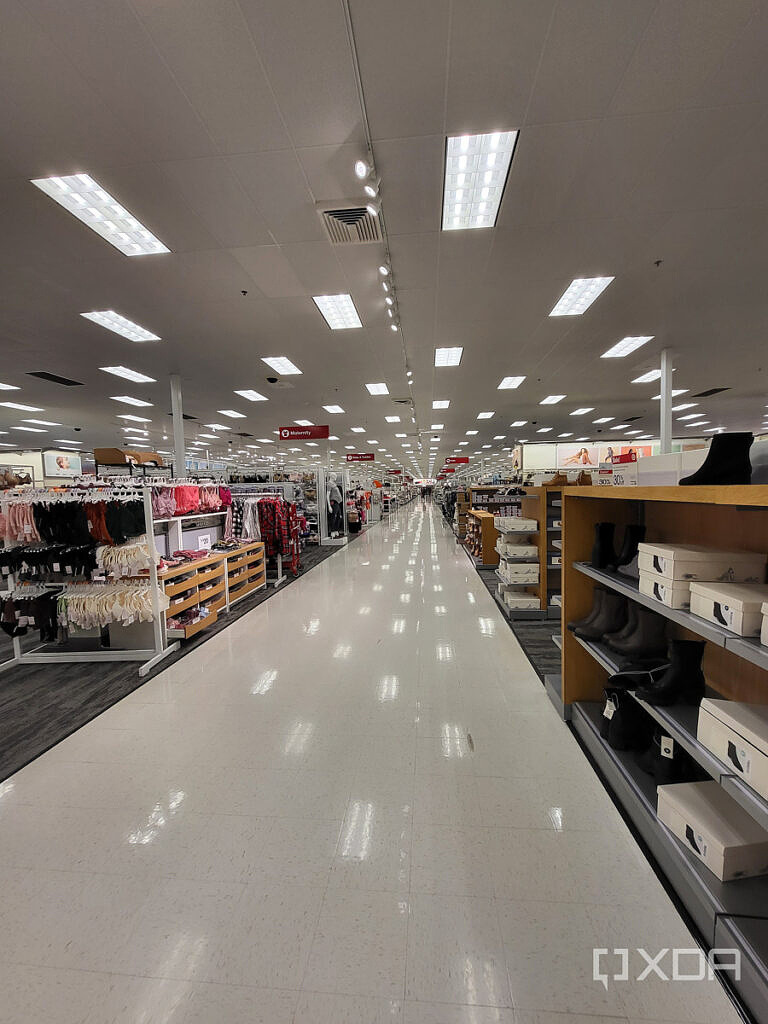 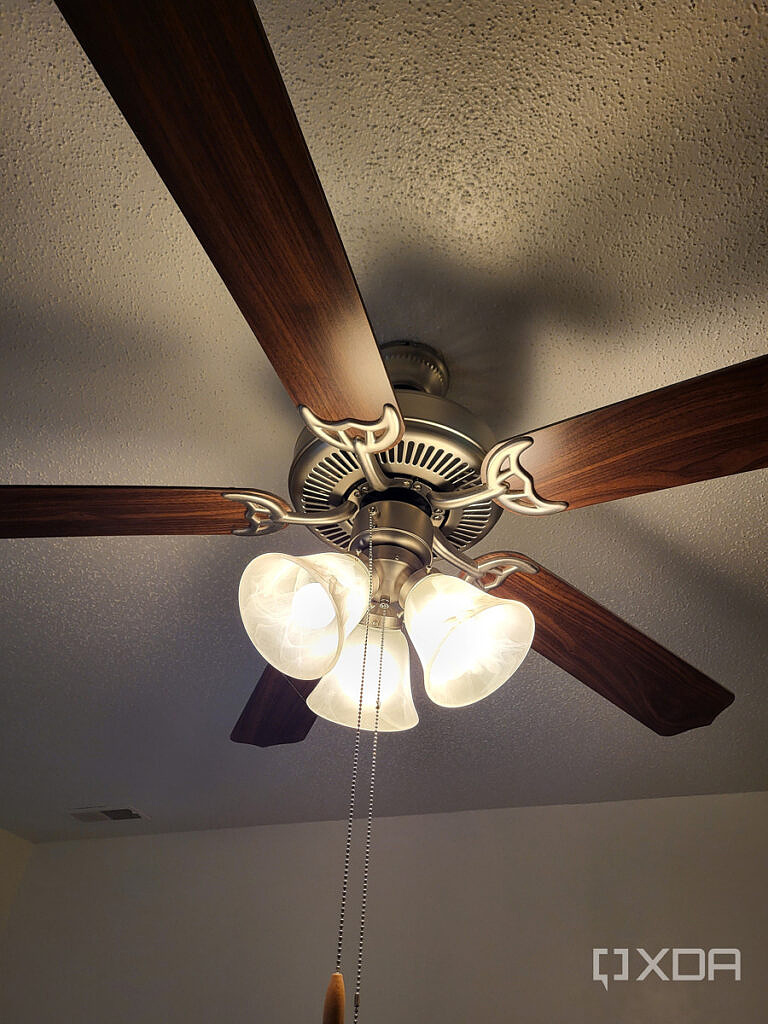 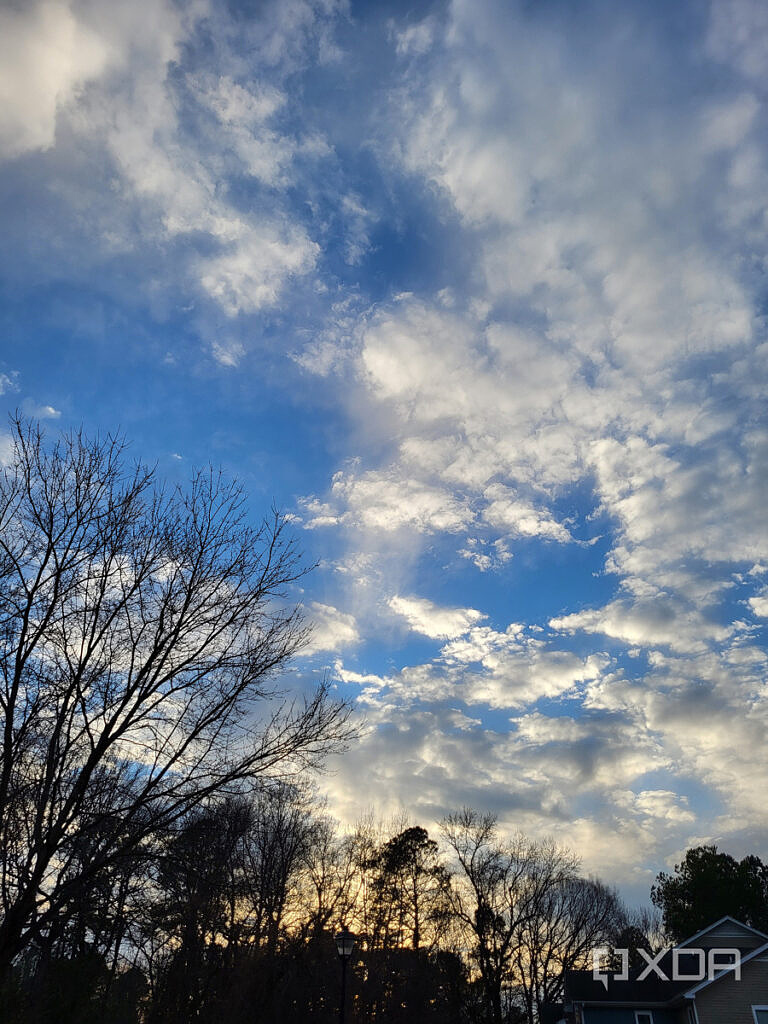 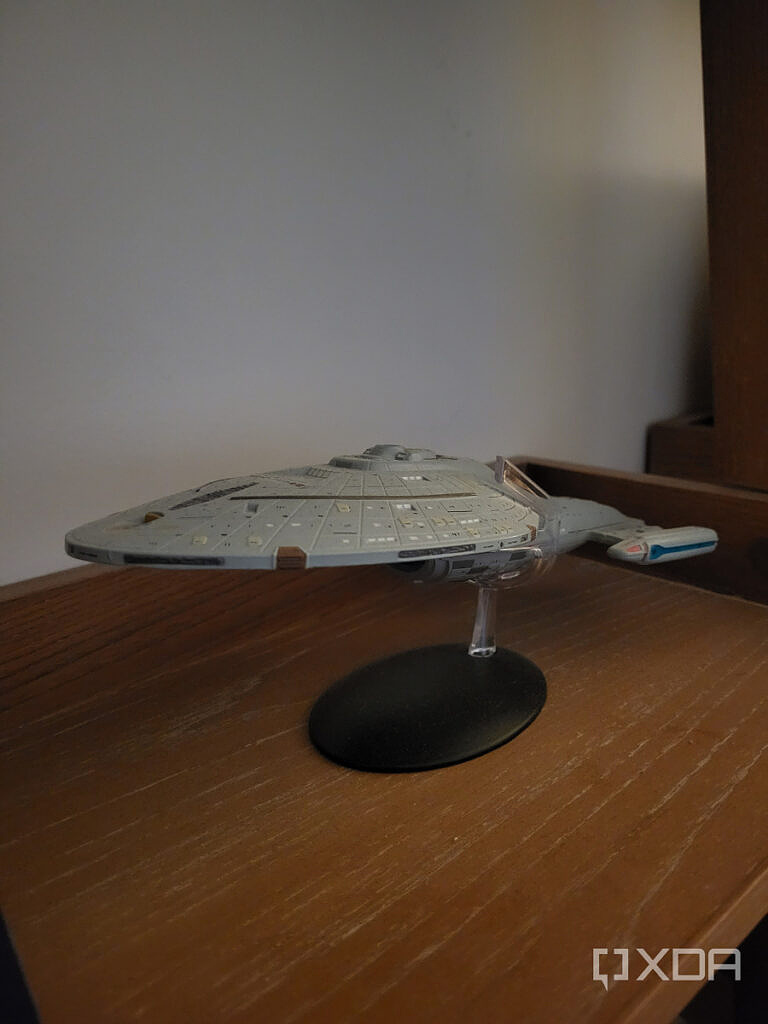 Since this is almost the same camera configuration as the Galaxy S21, and because the Galaxy S21 generally captures excellent photos, you won’t have anything to complain about with the Galaxy S21 FE either. Colors are sometimes a bit over-saturated, and night performance isn’t the best in the business, but the overall photo quality is great. There’s also a 32MP selfie camera, and like most recent Samsung flagship and mid-range phones, it’s located in a hole-punch cutout at the top.

The Samsung Galaxy S21 Fan Edition is an excellent smartphone in a vacuum, and I would have no problem using this as my everyday phone. Performance is great, the display is large and vivid, photo quality is decent, and Samsung’s promise of three major Android OS updates is the best in the Android world right now. I’ve enjoyed using the base model Galaxy S21 over the past year, and this is almost the same device.

However, this phone is absolutely not worth $699.99. The Galaxy S20 FE was the same price when it arrived in 2019, but it was also positioned almost perfectly in the middle between the release of the Galaxy S20 series and the Galaxy S21 series. It was a great option for anyone who held off on buying an S20 until a better deal showed up. Meanwhile, the Galaxy S21 FE has arrived just before the expected launch of the Galaxy S22 series, with a chipset that is now over a year old. It’s also a downgrade from the earlier Galaxy S20 FE in some areas, with less RAM, no microSD card slot, and no headphone jack. And because it mimics the Exynos-Snapdragon split from the Galaxy S21 series, the regions with Exynos do not have a better processor from Qualcomm to look forward to, either.

Samsung is asking $700 for a phone that is almost the same device as the Galaxy S21, which was $800 when it first arrived a year ago, but frequent sales brought the phone down to $700 or $650. No one should pay full price for this phone, and even if you can get an excellent trade-in deal or a discount from a carrier, Samsung might offer similar discounts on the Galaxy S22 within the next month or two. As I said, it’s a good phone, but the timing puts it at a rather awkward spot. 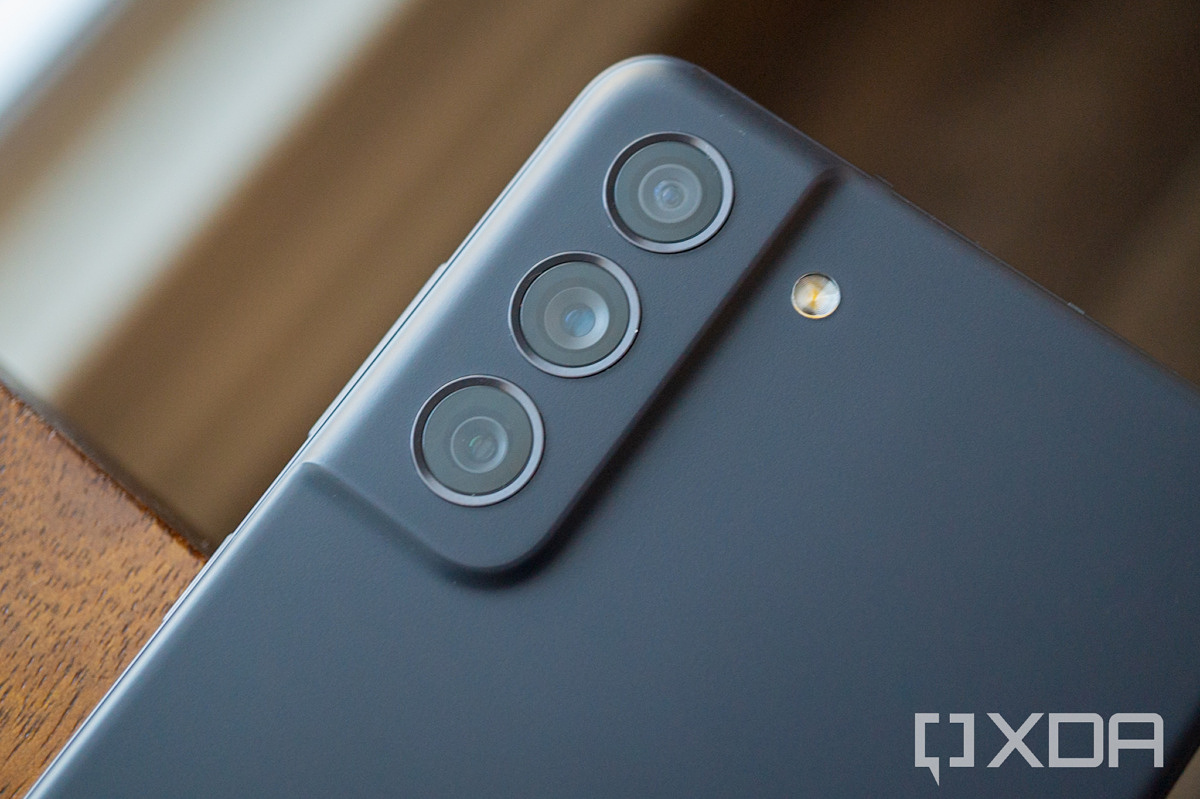 If the upcoming Galaxy S22 series ends up being significantly more expensive than this phone (which doesn’t seem to be likely), or the price makes more sense in your country, you won’t find much to complain about with the Galaxy S21 FE. 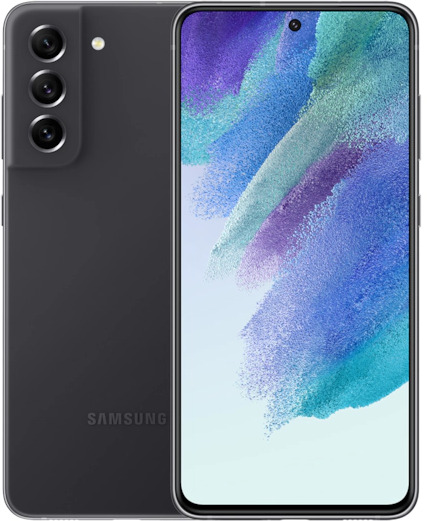 Samsung’s latest budget flagship is a great phone, as long as you get it on sale.