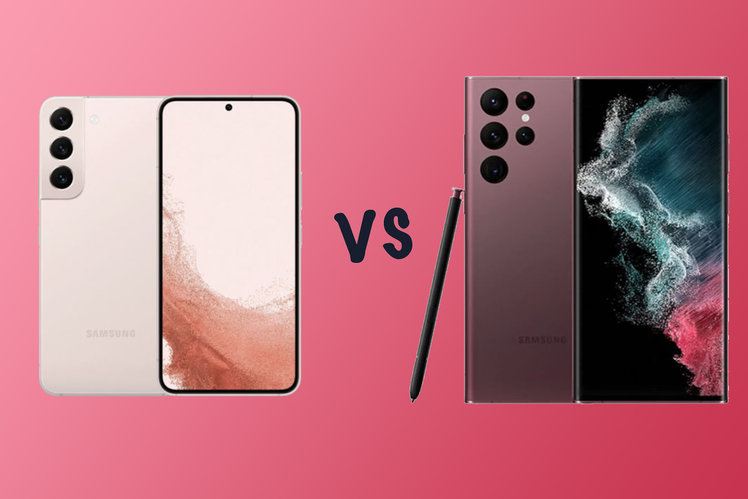 Samsung will announce its next flagship Galaxy S series on 9 February during its Unpacked event, with the Galaxy S22, Galaxy S22 Plus and Galaxy S22 Ultra all expected.

Though no official details will be shared until the event, there have been a multitude of rumours surrounding the three devices.

With that in mind, we’re comparing how the three 2022 Samsung Galaxy S devices are expected to stack up against each other, based on the speculation. Which one will be right for you?

The Samsung Galaxy S22 and S22 Plus are expected to look the same, except for their physical size, while the S22 Ultra is thought to be coming with a slight difference in design to its two siblings.

Based on the renders, all three devices will come with a centralised punch hole camera at the top of their displays, but while the S22 and S22+ are expected to have triple rear camera housings, the S22 Ultra is said to be coming with a quad rear camera.

The Galaxy S22 and S22 Plus have leaked with rear camera housings that are colour matched to the back of the phones, while the S22 Ultra appears to feature the camera lenses out of a housing. It’s also expected the S22 Ultra will offer an S Pen built into its design, like the Galaxy Note series used to offer.

Waterproofing is expected on all three models, but while the S22 Ultra is thought to opt for a glass rear, it’s expected that the S22 and S22+ will has a plastic back as their predecessors did.

The S22 Ultra meanwhile, is expected to have a 6.81-inch display with a Quad HD+ resolution, making it the largest and sharpest of the three devices. It is also expected to have a slightly curved display and like the S22 and S22+, HDR10 and a variable 120Hz refresh rate are expected.

All three of the Samsung Galaxy S22 devices are expected to run on either the Qualcomm Snapdragon 8 Gen 1 processor, or the recently announced Exynos 2200 chipset, depending on the region.

According to rumours, the Samsung Galaxy S22 and S22+ will come with a triple rear camera, made up of a 50-megapixel main sensor, plus two 12-megapixel sensors for ultrawide and telephoto, with the telephoto camera capable of 3x zoom.

Based on the speculation, it looks as though the Samsung Galaxy S22 and S22+ will share the same design and the same specifications, expect for physical size and battery capacity.

The S22 Ultra will seemingly be the largest of the three devices and the most capable in terms of camera, as well as offer a bump in display resolution, RAM, storage and battery capacity.

Of course, nothing is officially confirmed as yet, but we will update this feature as soon as the details are in.