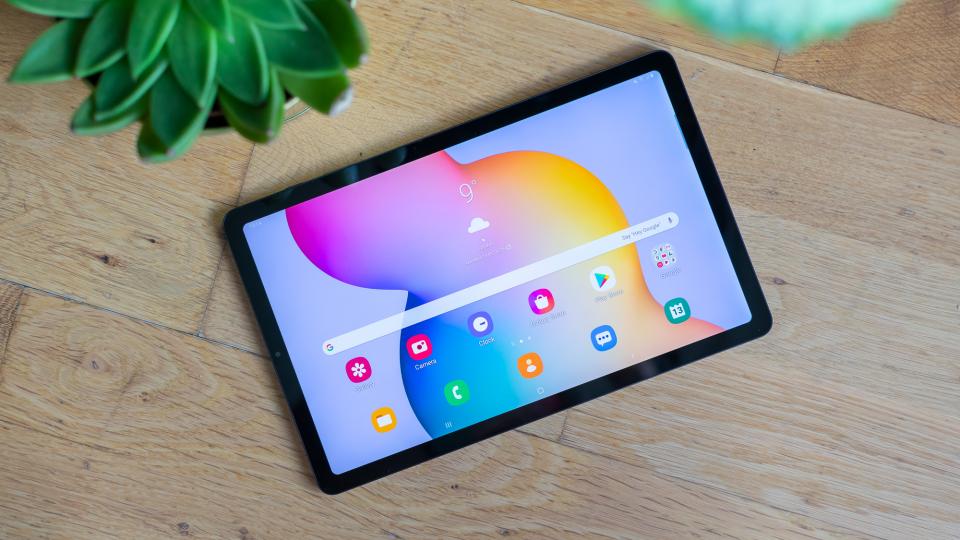 With cuts (mostly) in the right places, the Galaxy Tab S6 Lite is the Android tablet to beat

These days, the tablet market doesn’t really exist. There’s an iPad market, and then there’s the detritus left in its wake. And while Windows has made great strides into the convertible, 2-in-1 and high-end portions of the market any cravings for well-priced Android alternatives are currently left unsatisfied.

READ NEXT: The best tablets

The Galaxy Tab S6 is the best that Android can currently muster but with a high price and more professional aspirations, it can’t compete at the low end.

Thankfully, Samsung is trying to address this particular predicament with the stripped-back Galaxy Tab S6 Lite and it largely succeeds – with a couple of caveats – in offering Android fans a mid-priced alternative to the iPad juggernaut. 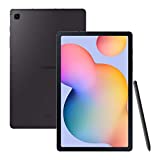 Samsung’s entry-level tablet is clearly intended as an answer to the cheapest iPad (10.2in), which at first you might think is a rather challenging position – but the Tab S6 Lite actually has a number of advantages over the iPad. 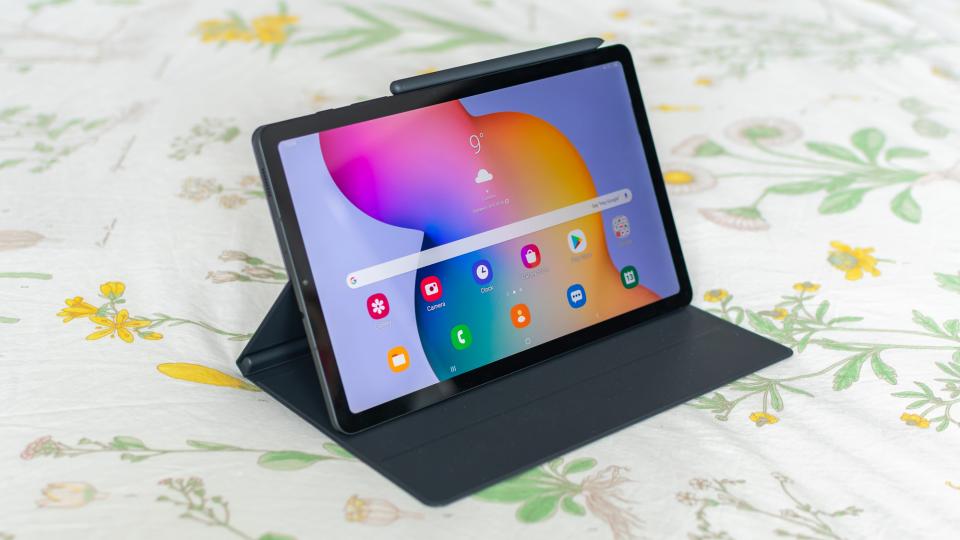 The package includes a bundled S Pen stylus at no extra cost and the 10.4in FHD+ screen is slightly larger. If you’re already invested in Android, then the Tab S6 Lite also marries the flexibility of an iPad-like experience with the familiarity of Google’s operating system. That means your usual apps will be available to download from the Play Store, and you can synchronise them with your Android phone.

Elsewhere, the Samsung Galaxy Tab S6 Lite is a pretty basic affair. It lacks the Super AMOLED display of the regular Tab S6 – using an IPS panel instead – has no support for Dex mode (Samsung’s desktop-like interface) and employs a somewhat unremarkable Exynos 9611 chipset for processing duties.

An area where the Tab S6 Lite pulls ahead of its sibling, however, is in its cutthroat price proposition. At a mere £349 – or £399 for the 4G LTE model – the Tab S6 Lite is close to half the price of the regular Tab S6, which comes in at either £619 or £689, depending on which model you choose. 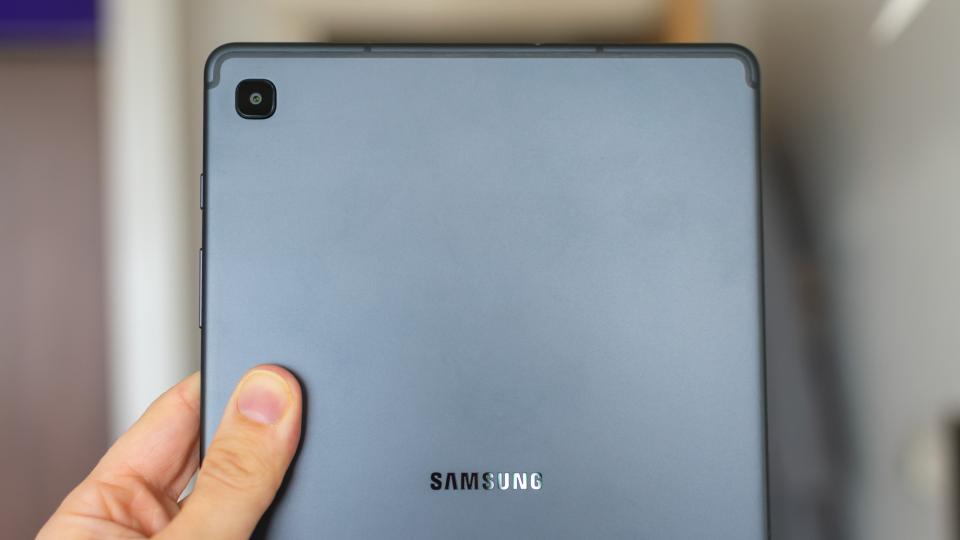 As I mentioned previously, the Tab S6 Lite is priced at exactly the same as Apple’s entry-level 10.2in iPad. That’s a bit of a disappointment – Samsung ought to be undercutting Apple in this scenario – but the Tab S6 Lite does come with double the base storage (64GB) for the same price, which can also be upgraded via microSD, and that bundled S Pen stylus.

Android alternatives are practically non-existent. The best I could find was the Huawei MatePad Pro, although that doesn’t come with the full version of Android and costs £150 more. If you’d rather go for a Windows tablet, then the new Surface Go 2 starts at £399.

The tablet itself both looks and feels expensive. The polished aluminium frame is nice to touch, the bezels are slim enough that the screen absolutely dominates the front of the device and there’s a certain amount of heft to it. It’s not heavy, per se, but at 467g it feels like a formidable piece of kit. 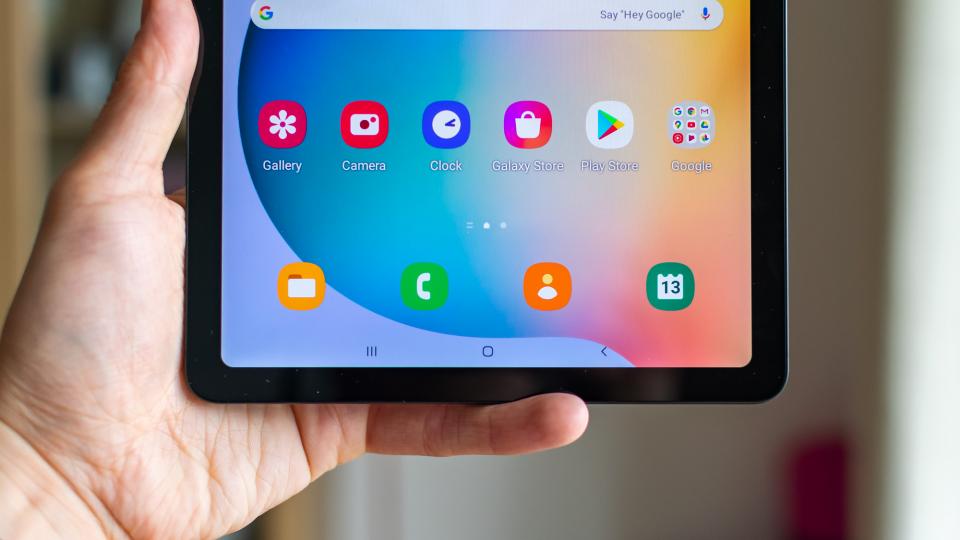 The second key difference is that the Tab S6 Lite only has a single 8MP rear camera, lacking the ultra-wide unit on the regular model. Unless you’re the bothersome relative who likes to take pictures with a tablet at family gatherings/weddings this won’t be missed, though. There’s also a 5MP selfie camera on the front and both cameras can record video at 1080p resolution at 30fps.

Where the Galaxy Tab S6 Lite has a clear advantage over the iPad is the bundled S Pen where Apple’s pencil costs £89. The S Pen has a few neat tricks up its sleeves. It can be used as a regular note-taking device with third-party applications such as Microsoft OneNote but hover the pen close to the right edge of the screen and you gain access to a variety of applications for note-taking, screenshots, doodling and more. 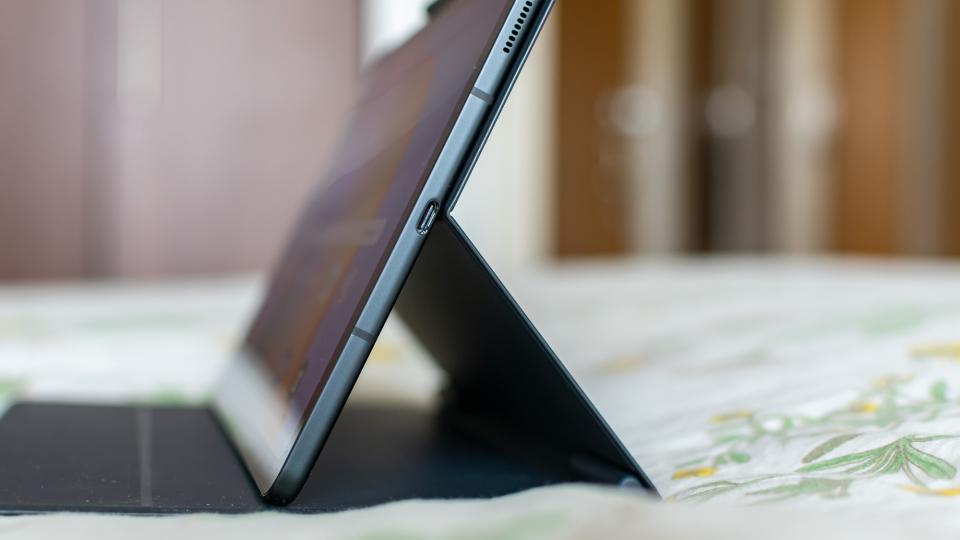 The S Pen also magnetically snaps onto the top edge of the tablet – in landscape orientation – when not in use and there’s a neat little S Pen slot on the inside hinge of the Book Cover if you have one of those. Unusually, the cover is sold separately but currently comes free with every Galaxy Tab S6 Lite.

Despite the downgrade to a simple IPS panel, the display is one of the Tab S6 Lite’s best features. The FHD+ (2,160 x 1,620) screen delivers delightfully rich, bold colours, even at awkward viewing angles. It doesn’t support HDR content like the Tab S6 but movies and TV shows on Prime Video and Netflix look lovely regardless. 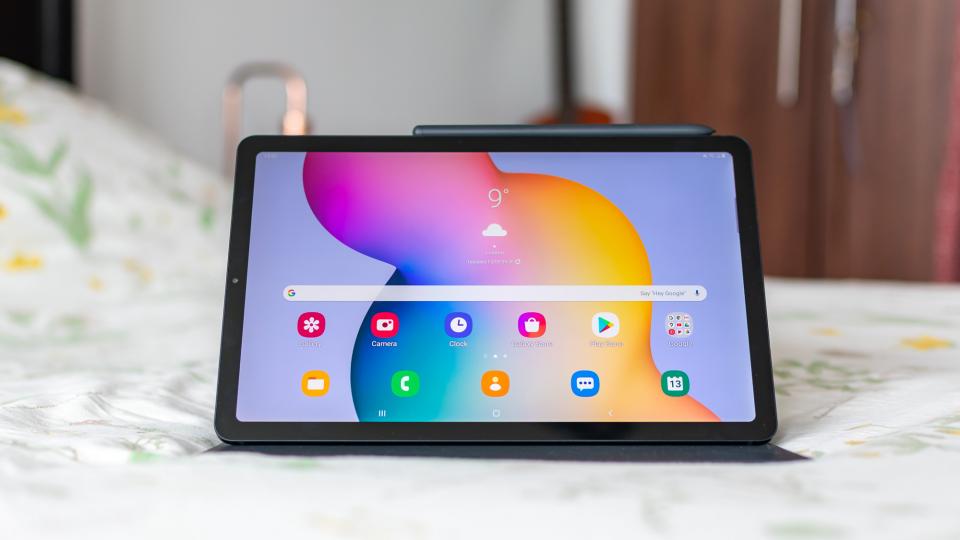 It’s superbly sharp, too, with a pixel density of 224ppi and a measured contrast ratio of 1,754:1. A Delta E of 2.22 suggests sRGB colour accuracy lags behind the superior factory-calibrated 10.2in iPad, however, although it does manage to match the iPad’s searing maximum brightness, at around 432cd/m².

The Galaxy Tab S6 Lite is powered by Samsung’s own Exynos 9611 processor, with four cores running at 2.3GHz and a further four cores clocked at 1.7GHz. That’s the same CPU as found in the equally priced Samsung Galaxy A51, and Android feels every bit as responsive as it does on Samsung’s latest mid-range smartphone.

On that point, the Tab S6 Lite runs Android 10 – this year’s core update to Google’s ever-popular mobile operating system – with a handful of Samsung-specific tweaks added to the app drawer, home screen, settings menu and the like. For the most part, these are cosmetic tweaks, but it might take some getting used to if you’re more familiar with stock Android.

It’s also worth noting that, unlike the Galaxy S20 and iPhone 11, the aforementioned Galaxy A51 isn’t the greatest when it comes to mobile performance, so the Tab S6 Lite is also a bit behind the pace in that regard. The 10.2in iPad might use an ageing A10 Fusion chipset but it just about nudges ahead when it comes to the Geekbench 4 tests:

Gaming performance is a bit humdrum, too. The GFXBench Manhattan 3.0 on-screen and off-screen tests again confirm that the Tab S6 Lite isn’t really up to the challenge when it comes to gaming on the go. Simple 2D titles don’t pose much of a challenge but high frame rates in games such as Call of Duty Mobile and Fortnite are out of the question:

Thankfully, the good news returns on the battery front. In our in-house battery rundown test, which plays a looped video with all data connections switched off and screen brightness set to 170cd/m², the Tab S6 Lite’s 7,040mAh battery lasted 14hrs 56mins before needing to recharge. That’s ten minutes short of the regular Tab S6 but over two hours longer than the 10.2in iPad:

In truth, there isn’t much that’s new and exciting about the Galaxy Tab S6. There are several things about this tablet I like very much: the screen is great, the bundled S Pen is a neat extra and, despite the price, it feels like a proper piece of premium hardware. But it doesn’t exactly sit in the upper echelons of tablet innovation.

Clearly, there are far better tablets for your money. But as far as Android is concerned, no tablet is as fully formed as the Tab S6 at this end of the price scale. The 10.2in iPad remains the best overall when it comes to sheer value for money but the Tab S6 Lite easily comes a close second. 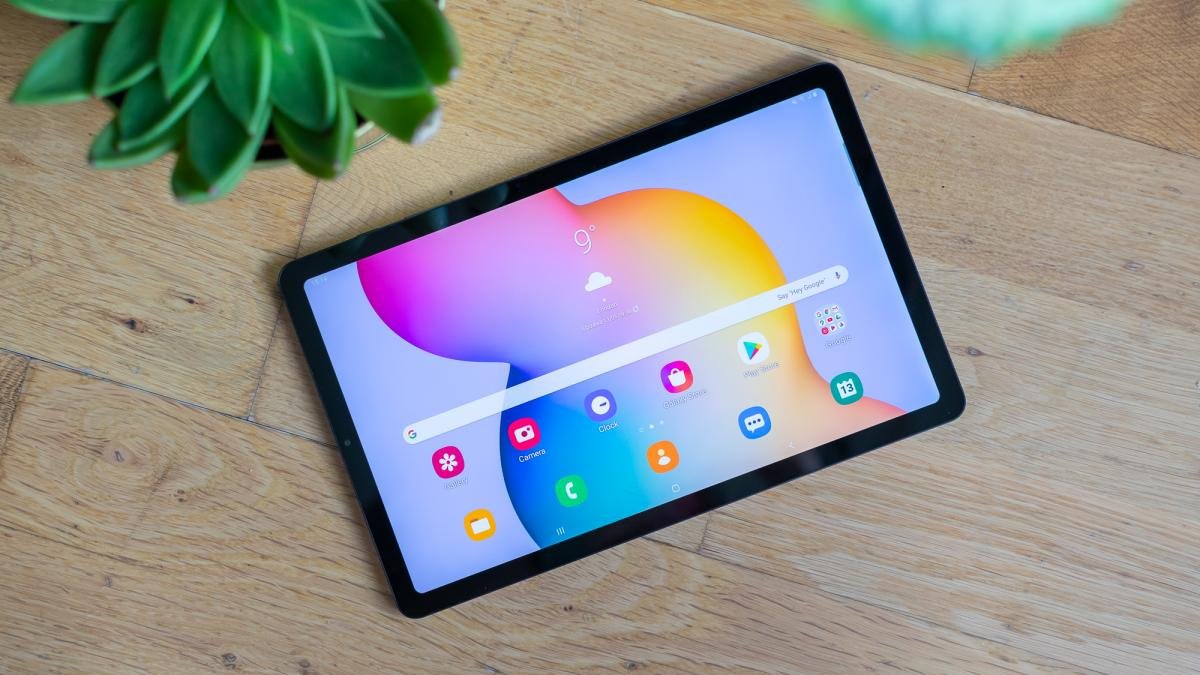