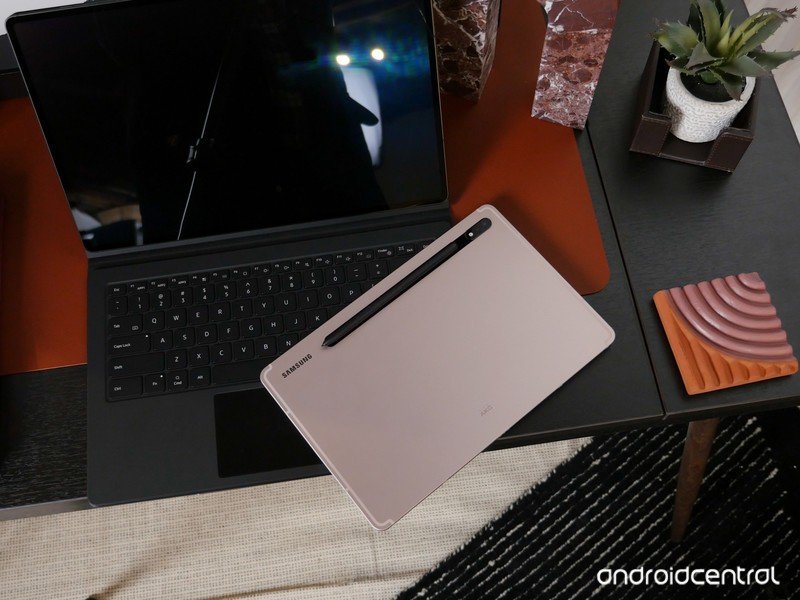 Samsung knocked it out of the park with the Galaxy Tab S7 series, so we had some concerns of how Samsung would handle its next iteration of tablets. It turns out we needn’t have worried: the Galaxy Tab S8 series takes the stylish designs, gorgeous displays, and reliable battery life of its predecessors and adds the same cutting-edge processor found in the Galaxy S22.

Along with the consistent 11-inch LCD Galaxy Tab S8 and 12.4-inch AMOLED S8 Plus, the new Galaxy Tab S8 Ultra is a 14.6-inch behemoth with the highest screen-to-body ratio we’ve seen in a tablet and a tiny notch that shouldn’t affect your browsing experience. The Ultra is the only model to offer upgraded RAM options in exchange for a hefty price increase.

If you’re in the market for one of the best Android tablets, we’re certain the Galaxy Tab S8 will supplant the S7 series once we’ve had a chance to review them. For now, if you’re thinking of pre-ordering one, we’ll lay out the specs and help you decide which to buy. 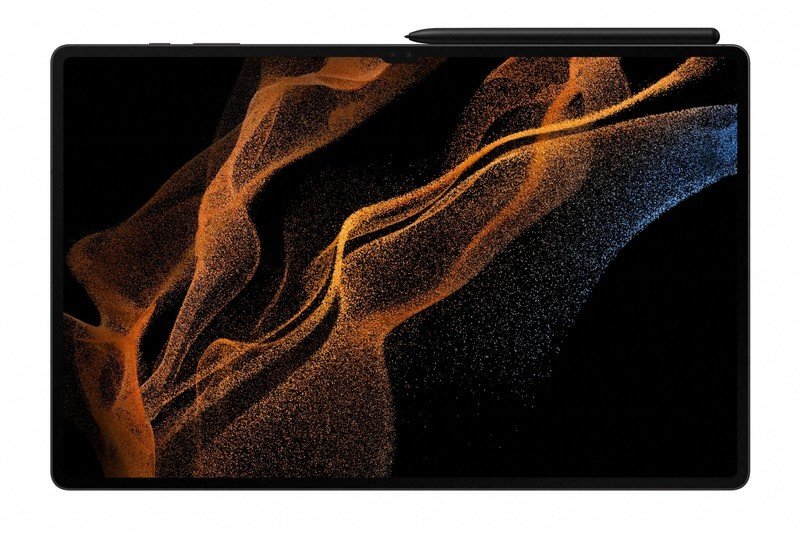 The Samsung Galaxy Tab S8 series sticks to the same specs that made the Galaxy Tab S7 fantastic, but adds in the new Snapdragon 8 Gen 1, 8GB of RAM instead of 6, faster Wi-Fi speeds, and better cameras for Zooming. 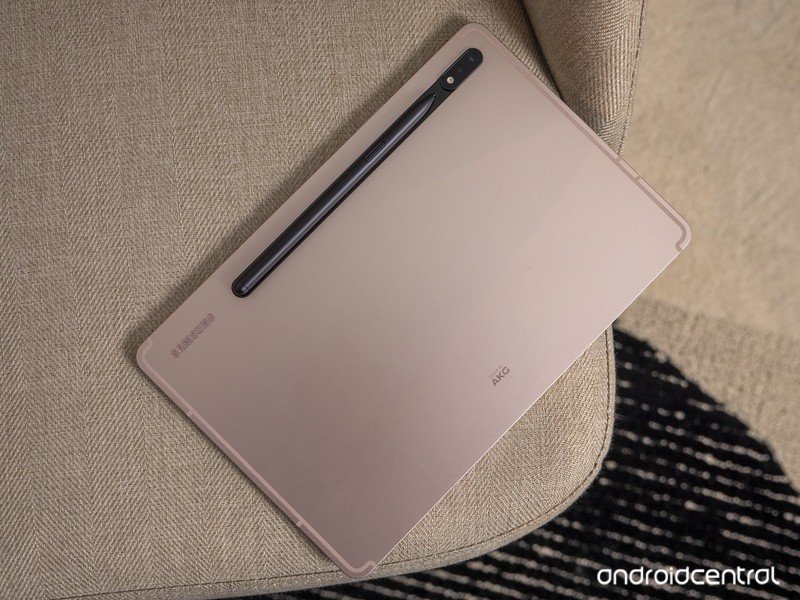 Samsung announced the Galaxy Tab S8 series on February 9 at Galaxy Unpacked. All three tablets are available for pre-order through February 24 and will ship starting Friday, February 25.

Despite leakers’ claims that the Galaxy Tab S8 series would cost hundreds more than the Galaxy Tab S7 series, Samsung has kept its new tablets relatively affordable despite the jump in performance.

The Galaxy Tab S8 Ultra clocks in at $1,100. These $200 increases match the price gaps of the Galaxy S22 series, proving Samsung will probably stick to this strategy moving forward.

Right now, only the Galaxy Tab S8+ has a 5G cellular option for $1,100. Only a Verizon variant is available right now, but Samsung’s site promises AT&T and T-Mobile versions “soon.” This model is restricted to 128GB of storage, but you can always augment it with the 1TB microSD card slot.

If you pre-order the Galaxy Tab S8 or S8+ from Samsung.com, you’ll get a free Slim Keyboard; choose the Galaxy Tab S8 Ultra, and it’ll bundle a Keyboard Cover with Backlight instead. These cost $160 and $350, respectively, and the laptop-replacing Ultra model is so large that you will definitely want a Bluetooth keyboard of some kind. So this is a solid deal even if you’re paying full price. 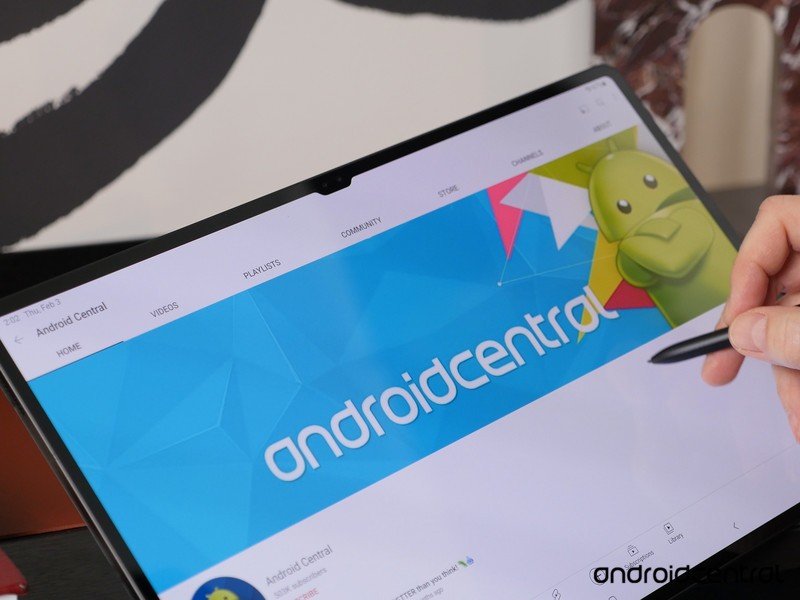 Anyone who has used a Galaxy Tab S7 or S7+ will find that their 2022 counterparts look and feel remarkably similar. Both the Galaxy Tab S8 and S8+ have the exact same dimensions, weight, display quality, magnetic S Pen strips, and stylistic etchings along the back edges as their predecessors. The only visual difference is in the colors: the S7 series offered Mystic Black, Silver, Bronze, and Blue, while the S8 comes in Graphite, Silver, and Pink Gold.

Samsung does tout one design upgrade: it claims the aluminum material used with the S8 is “30% more scratch-resistant and 40% less prone to bending” than the S7 material, so it’ll handle scuffs and rough handling better than before. Samsung also partially constructed the Tab S8 with “plastic components repurposed from discarded fishing nets” as part of a sustainability push. 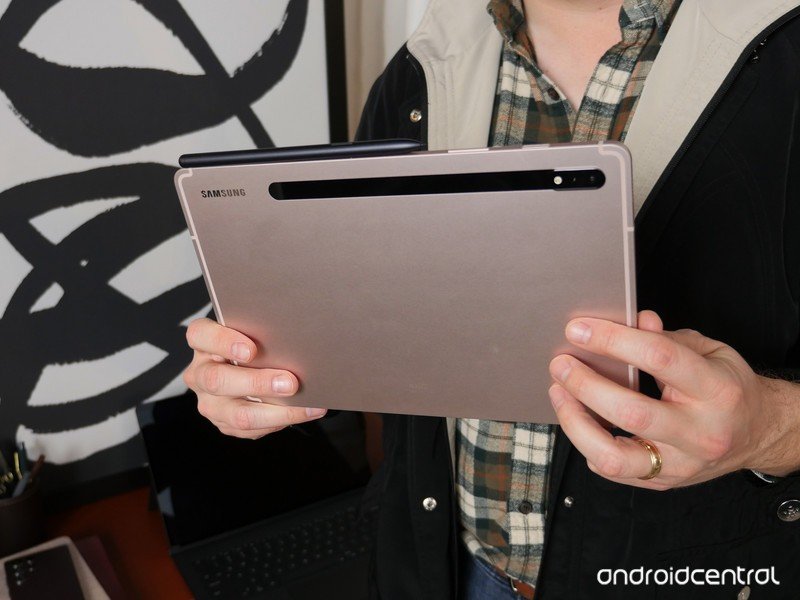 Because of the near-identical designs, we can use our experience with the S7 tablets to guide your purchase. The Galaxy Tab S7 fits comfortably in your hands at 11-inches, with plenty of screen real estate that looks great thanks to the high refresh rate. Of the three S8s, the base model is most likely to be comfortable to use for casual use away from a desk. With the Galaxy Tab S7+, the massive AMOLED display looks as gorgeous as you’d expect and it’s thinner than the S7, but we described it as “ungainly” for handheld use. The S8+ might be too large for you, but it’s a perfect fit with a keyboard cover for DeX mode.

As for the Galaxy Tab S8 Ultra, it has extremely thin bezels that maximize the 14.6-inch display to nearly reach the edges of the tablet. That does mean the Ultra has a small notch for the selfie cameras, but in most cases you won’t find it particularly noticeable. 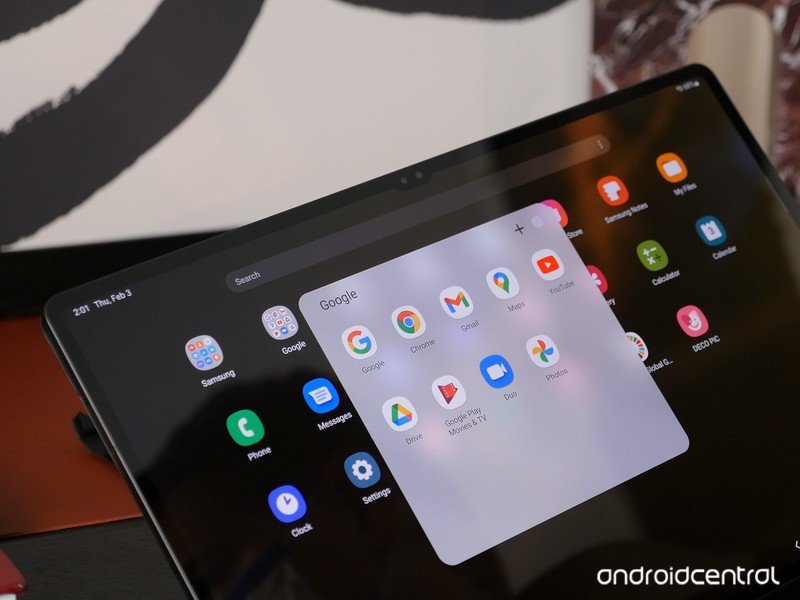 As we mentioned before, the Galaxy Tab S8 shares many traits with the Galaxy Tab S7 series: display quality, battery life, audio quality, S Pen support, and other specs. But you will notice upgrades to the chipset, base RAM, cameras, and Wi-Fi speeds that make this more than an iterative upgrade. As for the new Ultra brand, it mostly matches what the S8+ offers, but with a 4K-quality front camera and optional RAM upgrades. 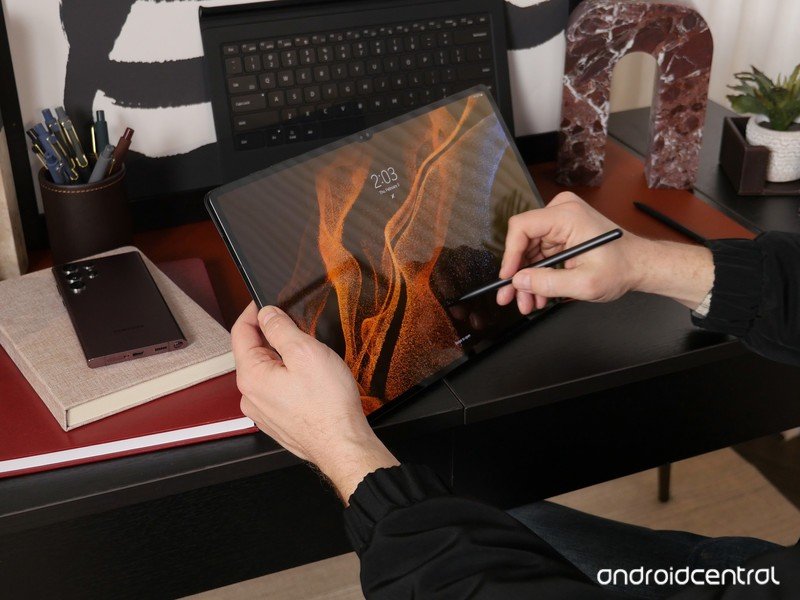 All three Tab S8 models will ship with the S Pen. You’ll find magnetic strips on the top and back of the tablet, and some of the keyboard cover accessories should have an S Pen slot.

If you choose the Tab S8+ or S8 Ultra, you’ll get a “new and improved S Pen that uses a prediction algorithm for ultra-low latency — delivering an incredible writing experience that mimics gliding a pen across paper.” Specifically, you’ll get a latency speed of 2.8ms, whereas the Tab S7 series (and presumably the base Tab S8) offered 9ms.

With new drawing features that uses the Galaxy S22 as a color palette while you draw on the Tab S8, you may want to get the best S Pen response time possible. 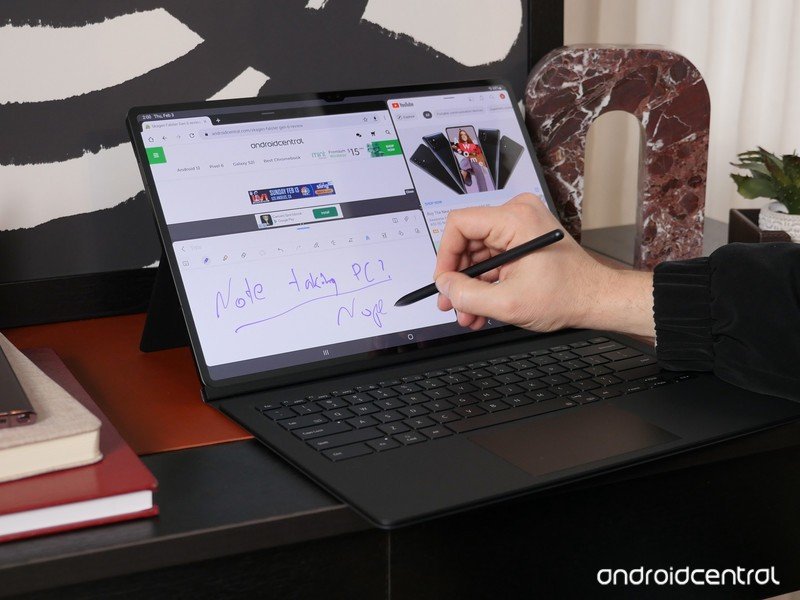 All three devices will launch with One UI 4.1 based off of Android 12. Samsung has promised four OS upgrades, meaning it should receive One UI 8 (or Android 16) in 2026. It’ll also receive five years of security updates.

Alongside the traditional DeX mode for multitasking, One UI 4 on the Galaxy Tab S8 also offers a new tool to “split your screen into three windows with four layout options, and even adjust to the exact height, size, and layout you need for any given task.” We can also assume that Android 12L will bring further multitasking improvements to the Tab S8 series.

Samsung Galaxy Tab S8 Which should you buy? 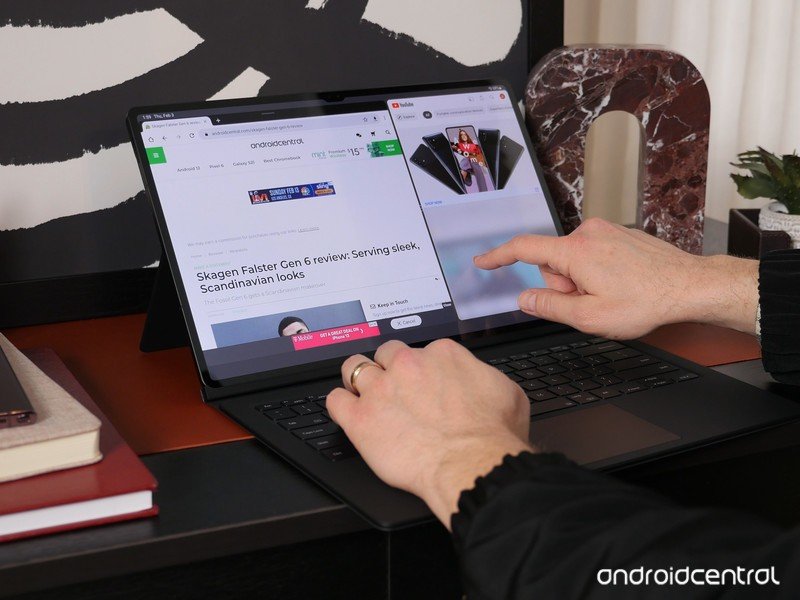 Until we get our hands on the new tablets, we can only default to the same advice we give people choosing between the Galaxy Tab S7 and S7+: the S7 is the best choice for most people, and the same goes for the Galaxy Tab S8.

Yes, the S8+ gives you a more vibrant display with more room to take advantage of Samsung’s new multitasking tools, plus a better S Pen. It’s certainly not a bad upgrade for $200 extra. But the fact is, any tablet larger than 11 inches isn’t comfortable to hold for long periods no matter how thin or light it is, and that applies to the S8+. The Galaxy Tab S8 is one you’ll be able to use on the couch or in bed as well as on your desk. And despite the LCD downgrade, you’ll still find the S8 display sufficiently bright, colorful, and smooth.

On the other hand, anyone looking for a productivity device for their desk has a tougher choice between the Tab S8 Plus and Tab S8 Ultra. Of the two, the Ultra obviously offers more RAM and more space, making it better suited for multitasking. And it’s much better for video calls thanks to the dual-upgraded selfie cams. But the Tab S8+ matches the Ultra in most other specs at a lower price, and even though it’s less portable than the Tab S8, the Plus can still be used away from the desk, whereas the Ultra is much heavier and even more uncomfortable to hold.

It’s up to you whether you want to fully upgrade to the most powerful Galaxy Tab possible, “downgrade” to a powerful 11-inch tablet that’ll check multiple boxes, or choose the middle ground with the Plus. 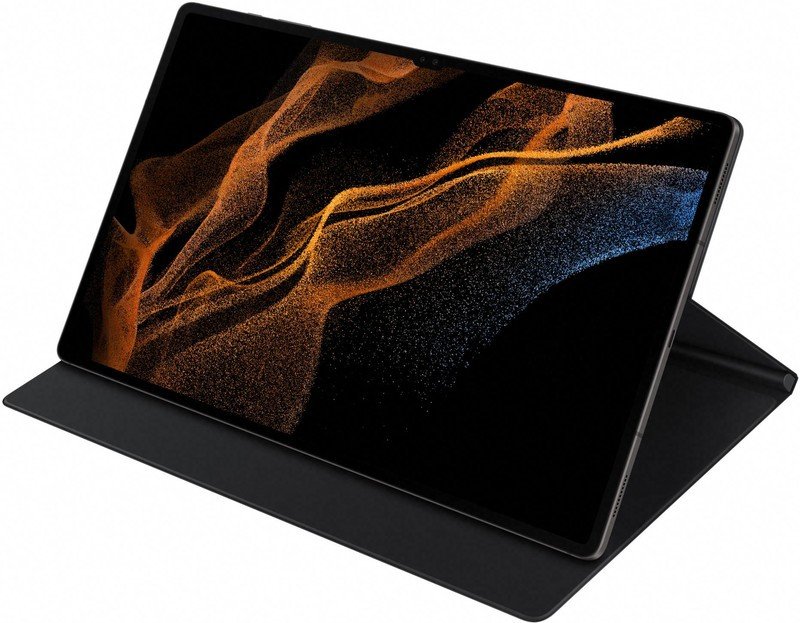 With the cutting-edge Snapdragon 8 Gen 1, up to 16GB of RAM, 45W charging, 4K video capture, Wi-Fi 6E, quad speakers, and miniscule S Pen latency, the Galaxy Tab S8 Ultra fits the bill for whatever hardcore work you need to get done.